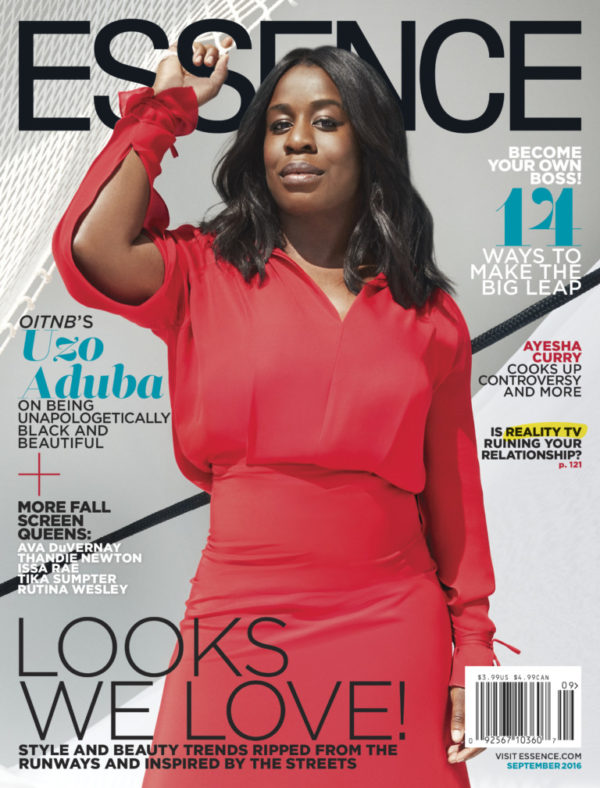 Orange Is The New Black break out star Uzo “Crazy Eyes” Aduba is the latest cover girl for Essence Magazine’s September issue! She looks so beautiful with that pretty smile! She was photographed by Dennis Leupold. Inside check out what she had to say about the time she almost quit acting, her hit tv show, self worth and more! 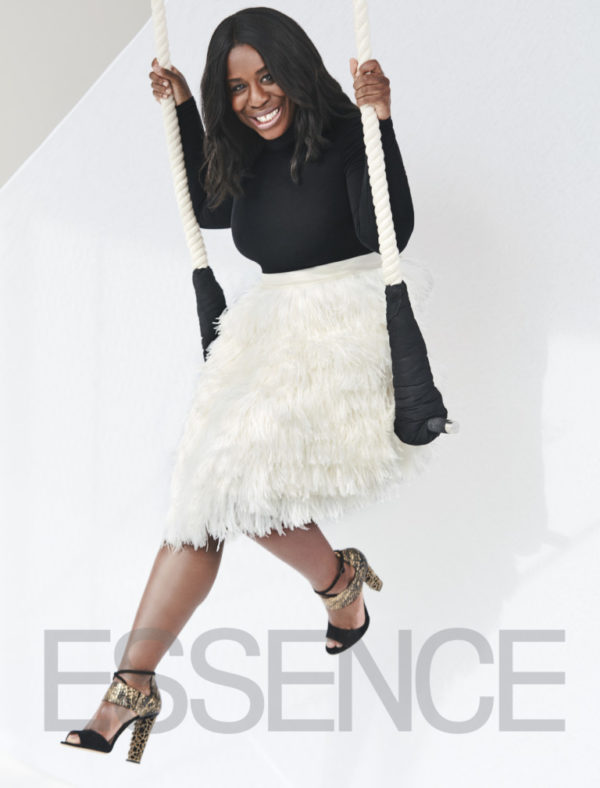 On the time she almost quit acting: “There have been times in my life where I have doubted, questioned, felt tired, but I had never quit before in my core. My heart never quit. And that was the first time I felt my heart give out on me.”

On her elated reaction to hearing she’d been cast as Crazy Eyes: “I lost my mind. I’m running around my apartment crying. I was like, ‘You don’t understand. I just quit.’ And my agent quoted The Godfather line: ‘Just when you thought you were out, they pull you back in.'”

On why people can’t get enough of Orange Is the New Black: “People were thirsty, but they didn’t even know what they were thirsty for until they saw our show. They wanted stories that felt inclusive of their existence, where they could see themselves . . . I never imagined a Bantu knot-wearing woman named Crazy Eyes would do all of this. Definitely not.”

On her self-worth: “This business will try to convince you that you’re not enough. That you’re not pretty enough, thin enough, talented enough, interesting enough, experienced enough, and I say, ‘Enough. Enough with that!’ Who are you to tell me that I am not enough when I know that I am more than enough? I cannot subscribe to anyone else’s idea of how I am meant to look, what size I am meant to be, whether I have a gap in my teeth, how I’m supposed to behave, what your idea of what my black womanhood is supposed to look like. No. This is me. I am just Uzo. I can’t be anything other than that, and I don’t want to be.”