I’m sure you guys have seen Beyonce’s latest video Formation it has almost broke the internet and it was such a surprise to most people! Filmed in New Orleans a few months ago, its a pretty catchy tune. I love when she says, “I slay”. Check out the video inside and I have deets on this red & white skirt set that she wears sitting on top of a New Orleans police car! 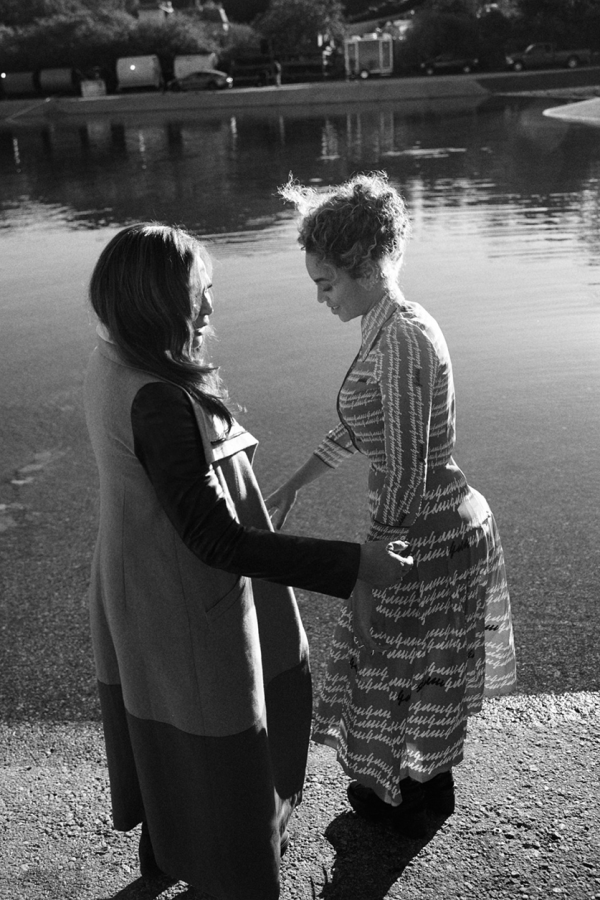 For Beyonce’s video shoot, she was spotted wearing a red shirt and skirt set from Gucci’s spring 2016 collection. The script on the outfit reads Alessandro Michele found in a late 70’s printed shirt fro the house archives. 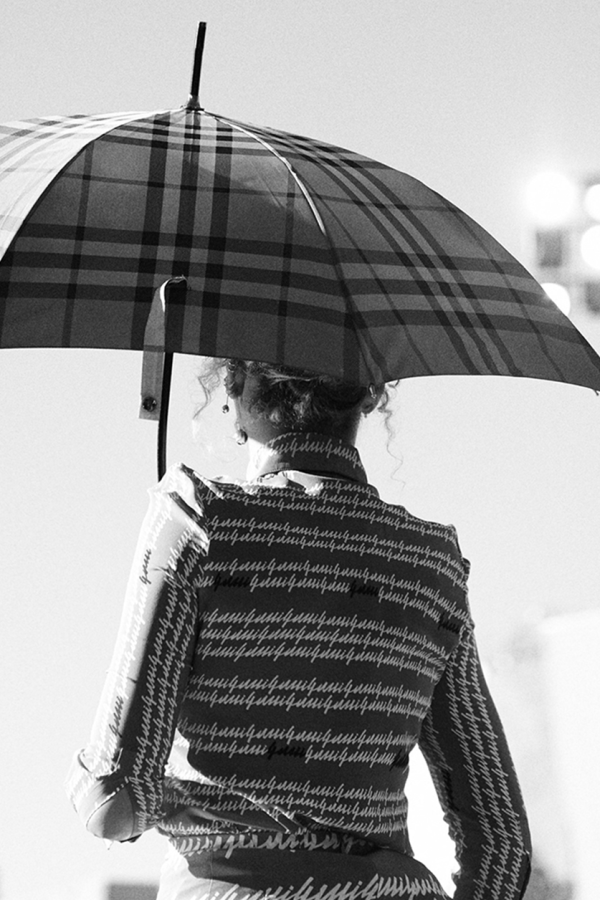 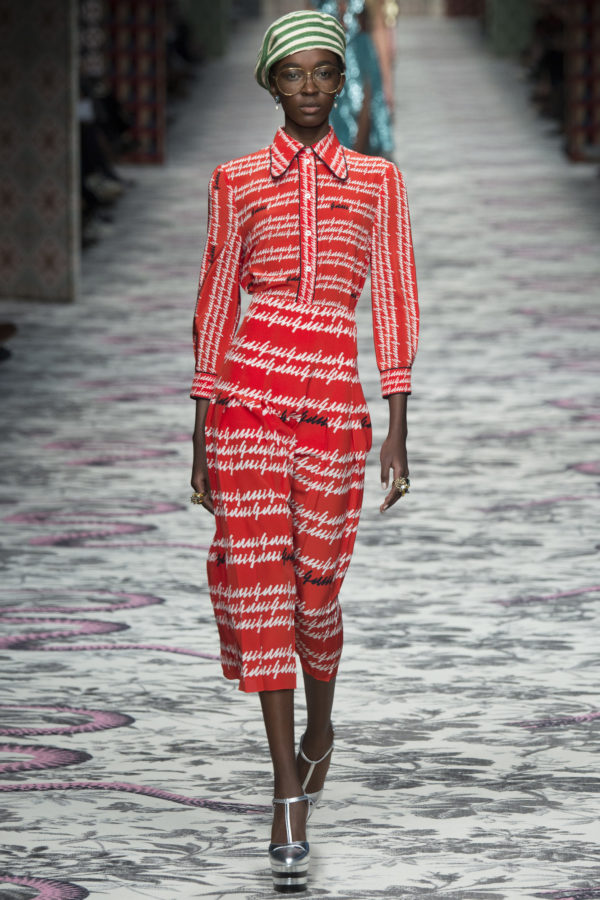 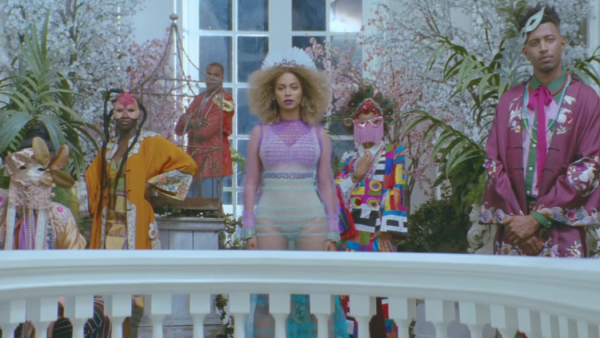 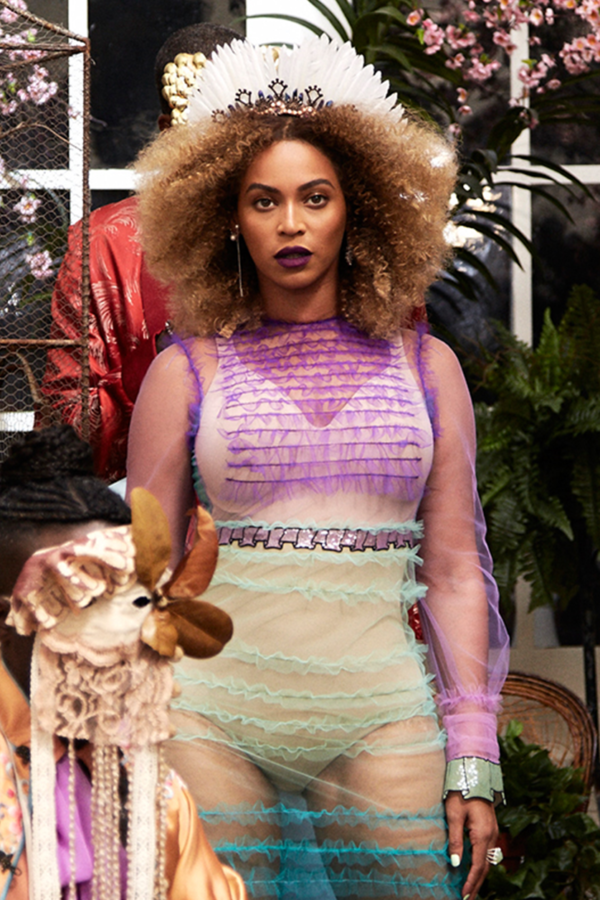 In another look, Beyonce slayed in a Gucci tulle organdy gown with troupe l’oreil detail from the Spring 2016 collection. 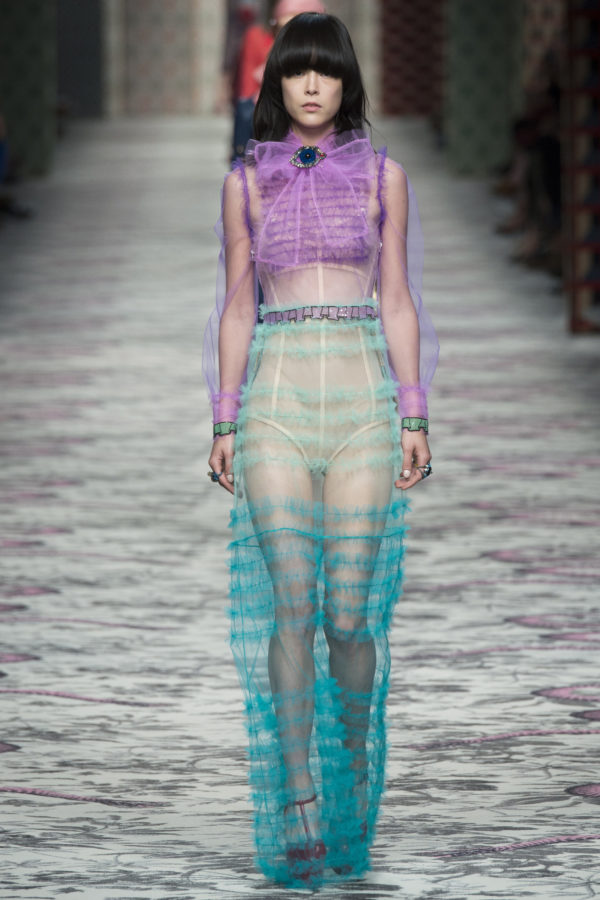