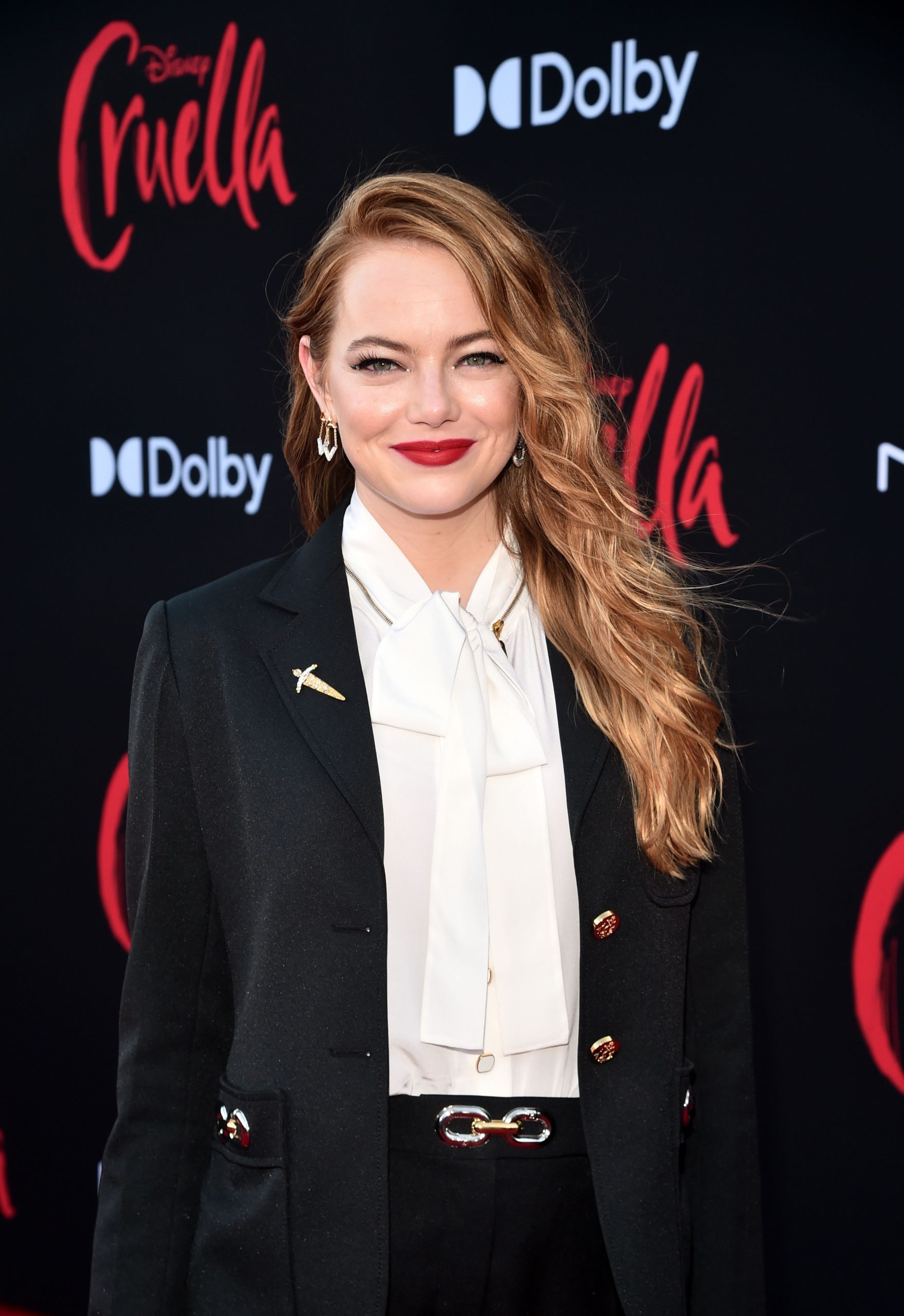 Actress Emma Stone made a red carpet appearance yesterday evening for the world premiere of Disney ‘Cruella‘. It was held at the El Capitan theater in Los Angeles and she looked lovely rocking a black and white pant suit with a pop of red lip. While at the premiere Cruella costumes were set out for display as Emma posed nearby.

Emma recently said that she enjoyed dressing up in over 40 costumes for the film but the garbage dress was one of her all-time favorites! “Popping out the garbage pile and then that extreme train, it was so, so cool” she shared. I have details on what she was wearing on the red carpet inside… 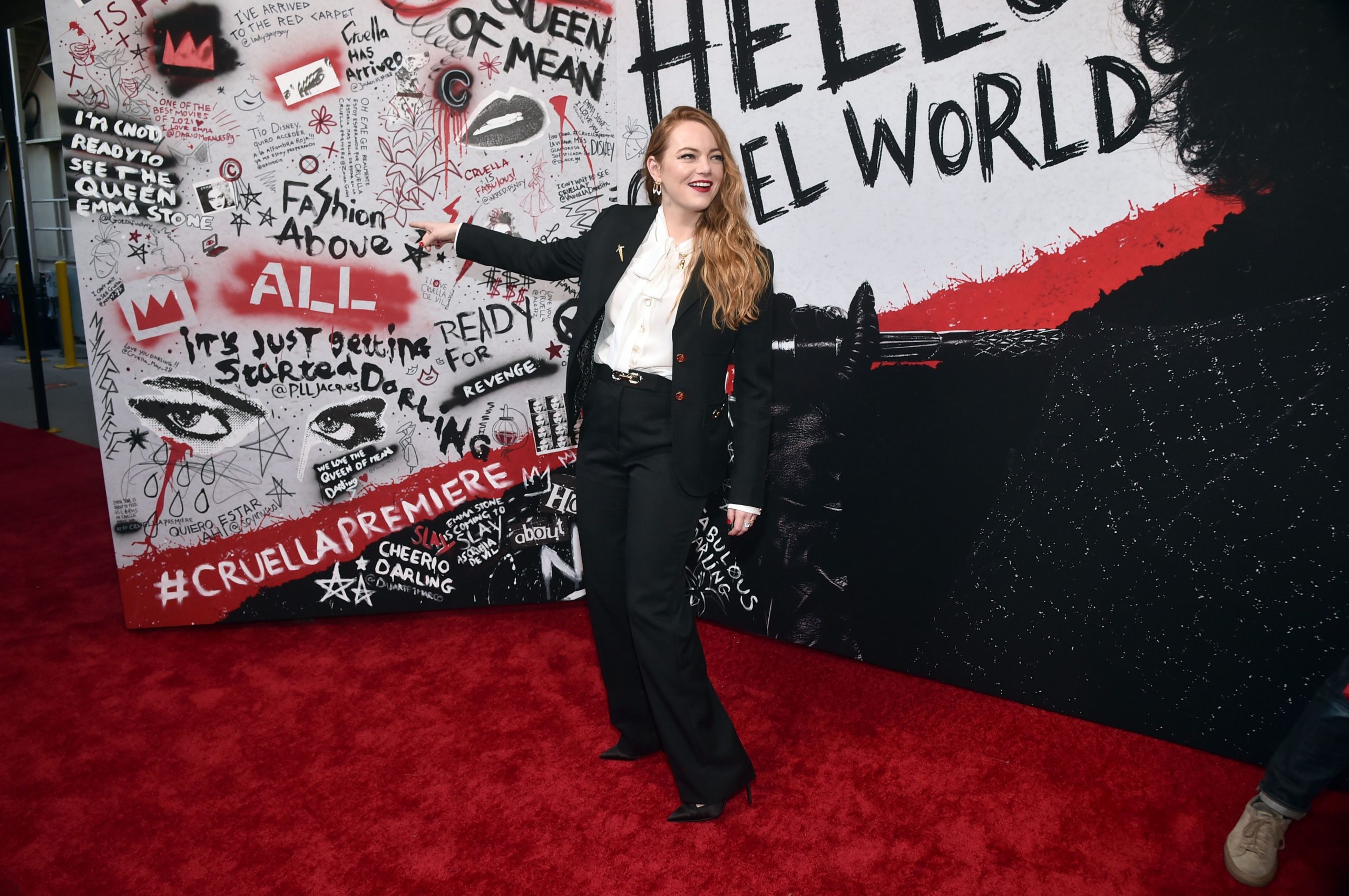 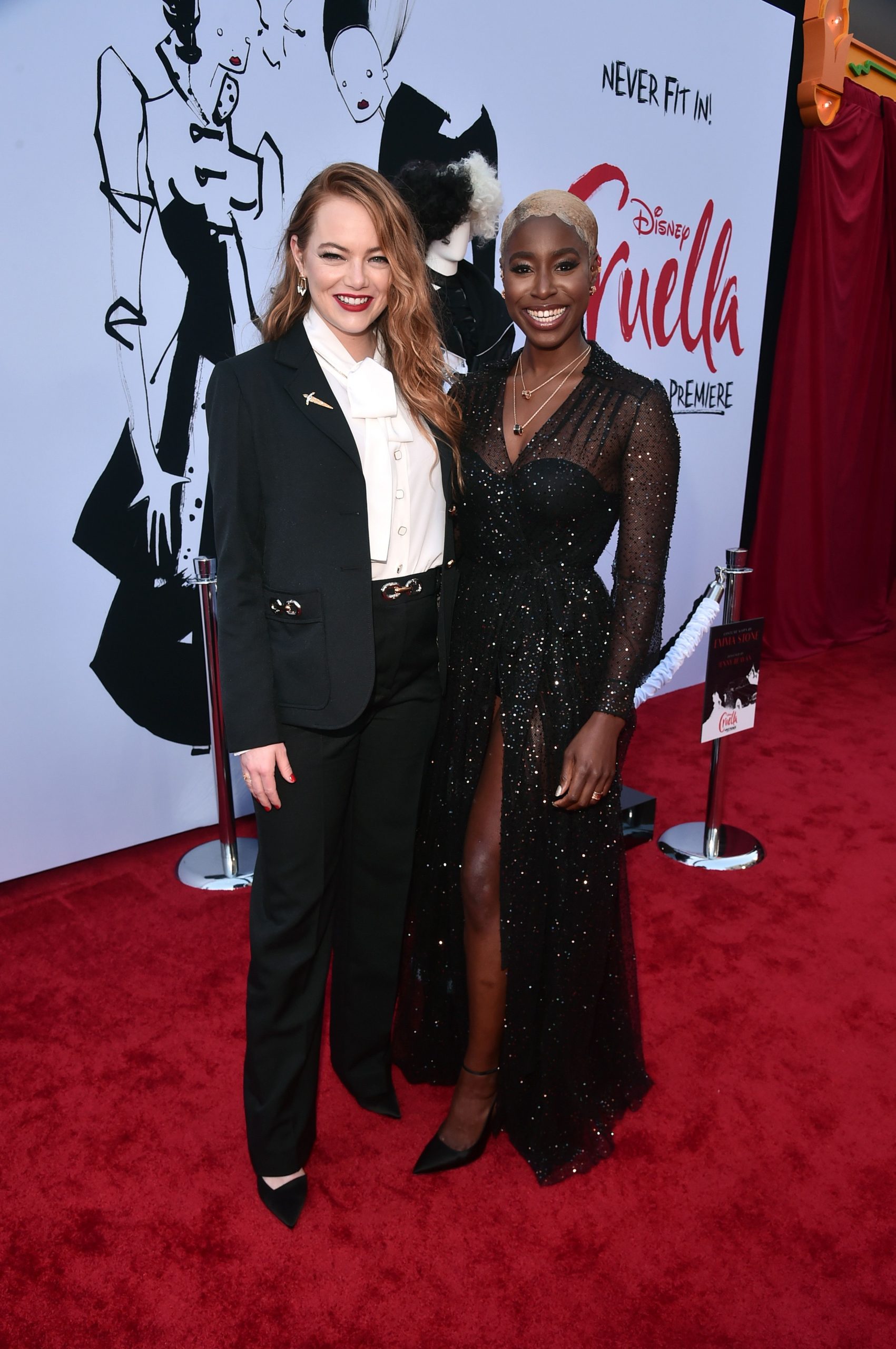 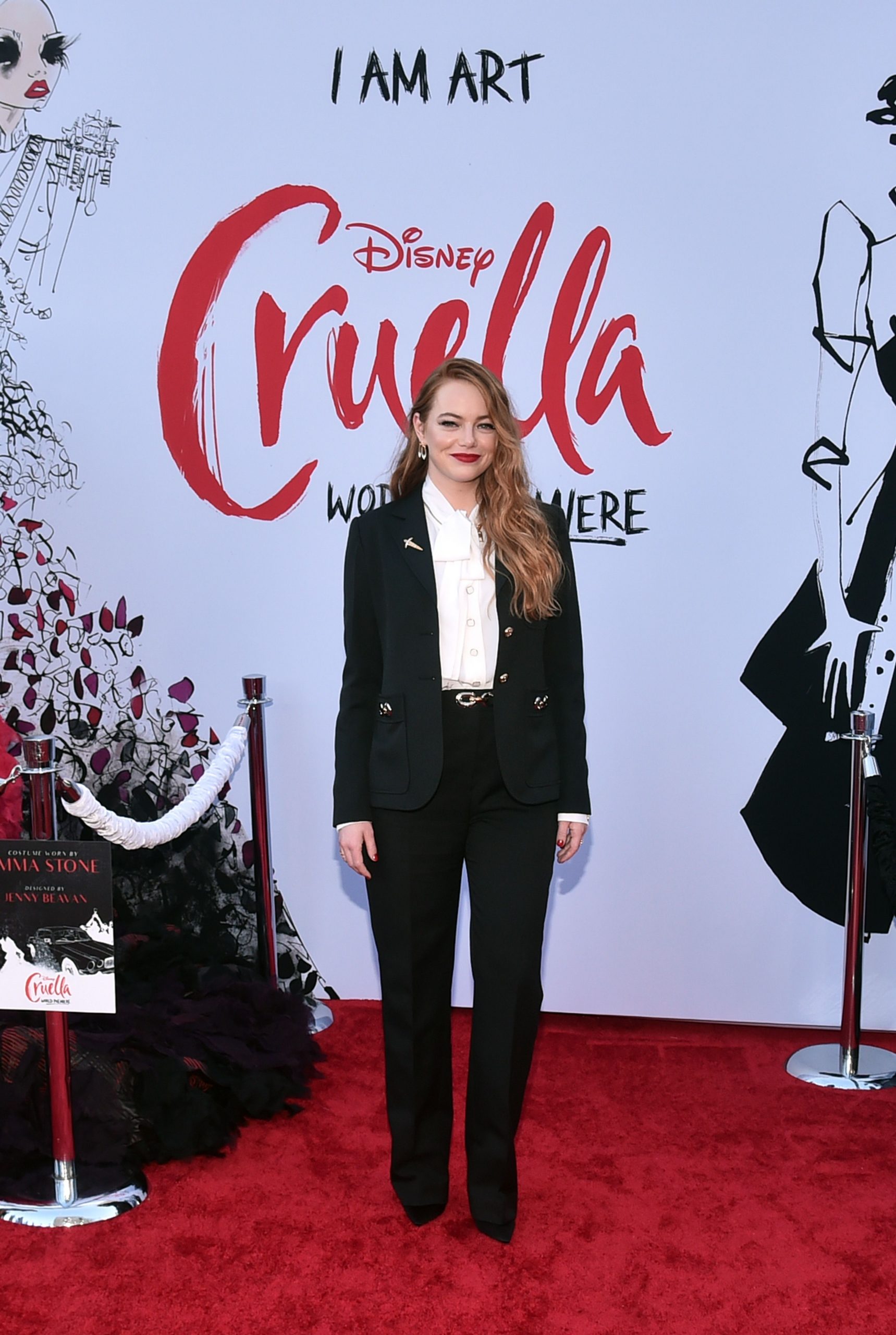 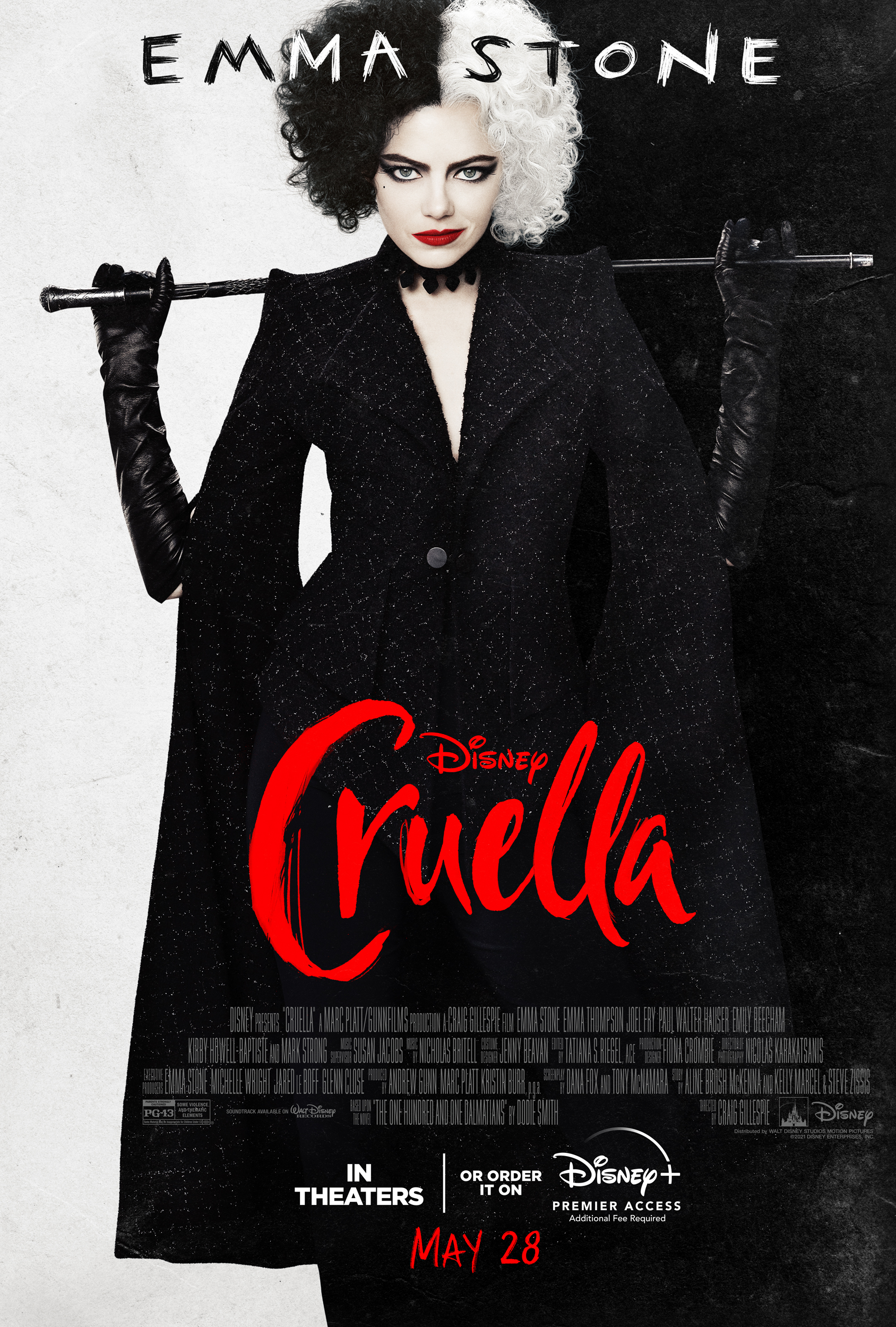 Cruella is an all-new live-action feature film about the rebellious early days of one of cinemas most notorious – and notoriously fashionable – villains, the legendary Cruella de Vil. The movie, which is set in 1970s London amidst the punk rock revolution, follows a young grifter named Estella, a clever and creative girl determined to make a name for herself with her designs. She befriends a pair of young thieves who appreciate her appetite for mischief, and together they are able to build a life for themselves on the London streets.

One day, Estella’s flair for fashion catches the eye of the Baroness von Hellman, a fashion legend who is devastatingly chic and terrifyingly haute, played by Emma Thompson. But their relationship sets in motion a course of events and revelations that will cause Estella to embrace her wicked side and become the raucous, fashionable and revenge-bent Cruella.