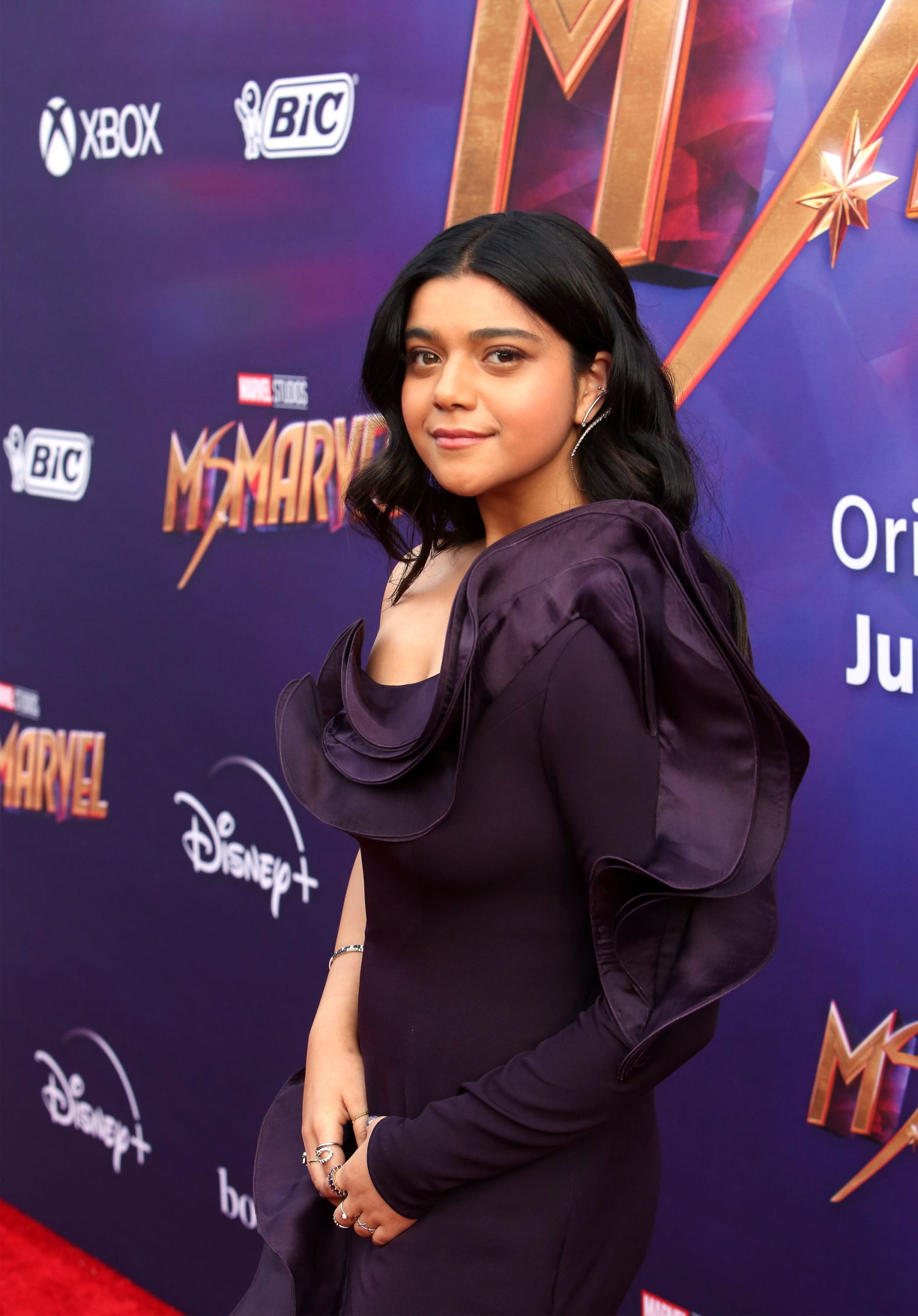 How cute is up and coming Actress Iman Vellani on the red carpet at the premiere of her new original series called, Ms.Marvel! She wore and purple ruffled off-the-shoulder gown and silver platform shoes, accented with silver accessories. I loved it and it was so age appropriate lol. In the series, Iman plays Kamala Khan, a muslim American teenager growing up in Jersey City.

An avid gamer and a voracious fan-fiction scribe, Kamala is a Super Hero megafan with an oversized imagination—particularly when it comes to Captain Marvel. Yet Kamala feels like she doesn’t fit in at school and sometimes even at home—that is, until she gets superpowers like the heroes she’s always looked up to.

All-New Original Series Debuts Exclusively on Disney+ Beginning June 8, see what she wore to the premiere inside… 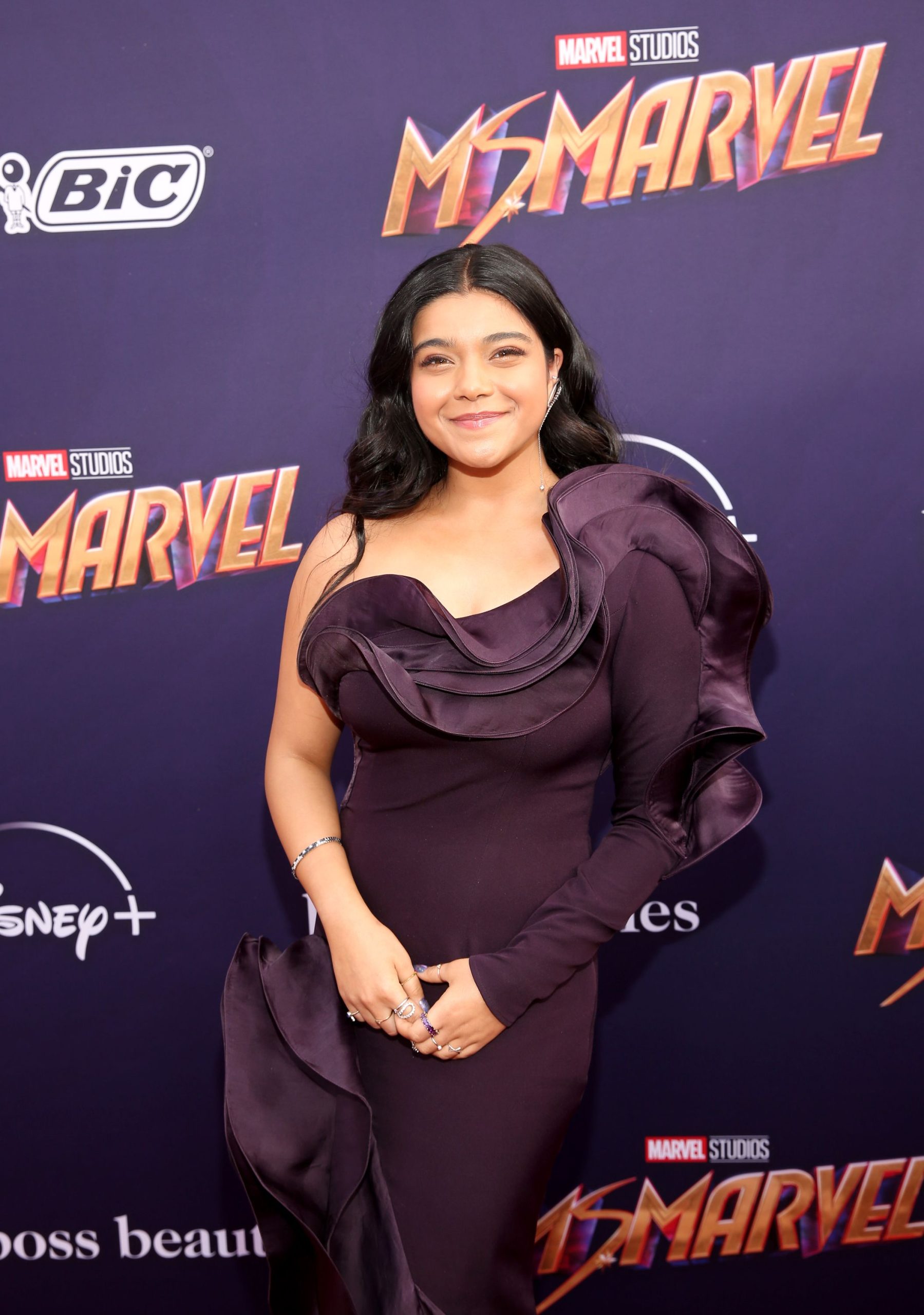 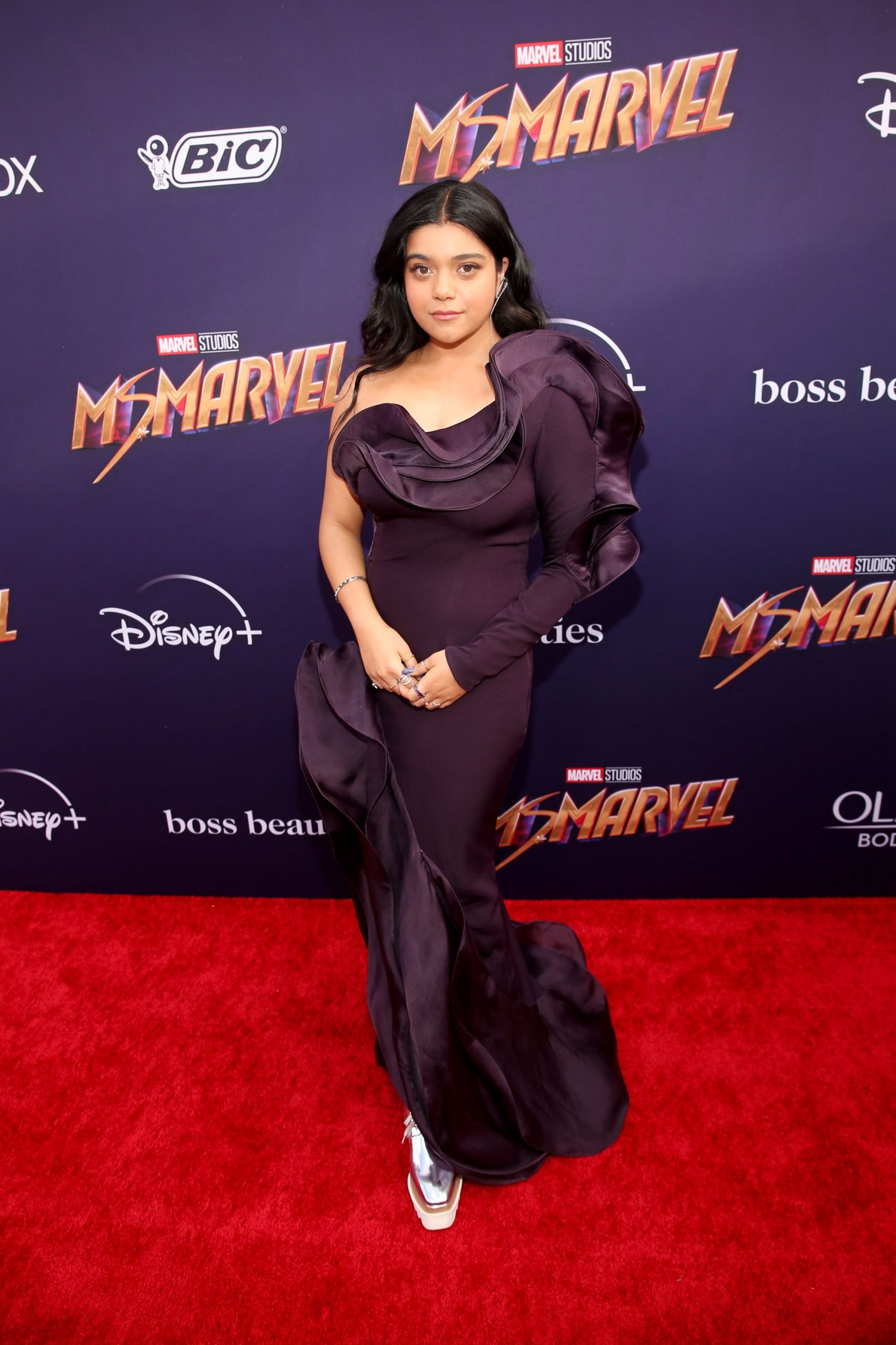 Photos by Jesse Grant for Disney