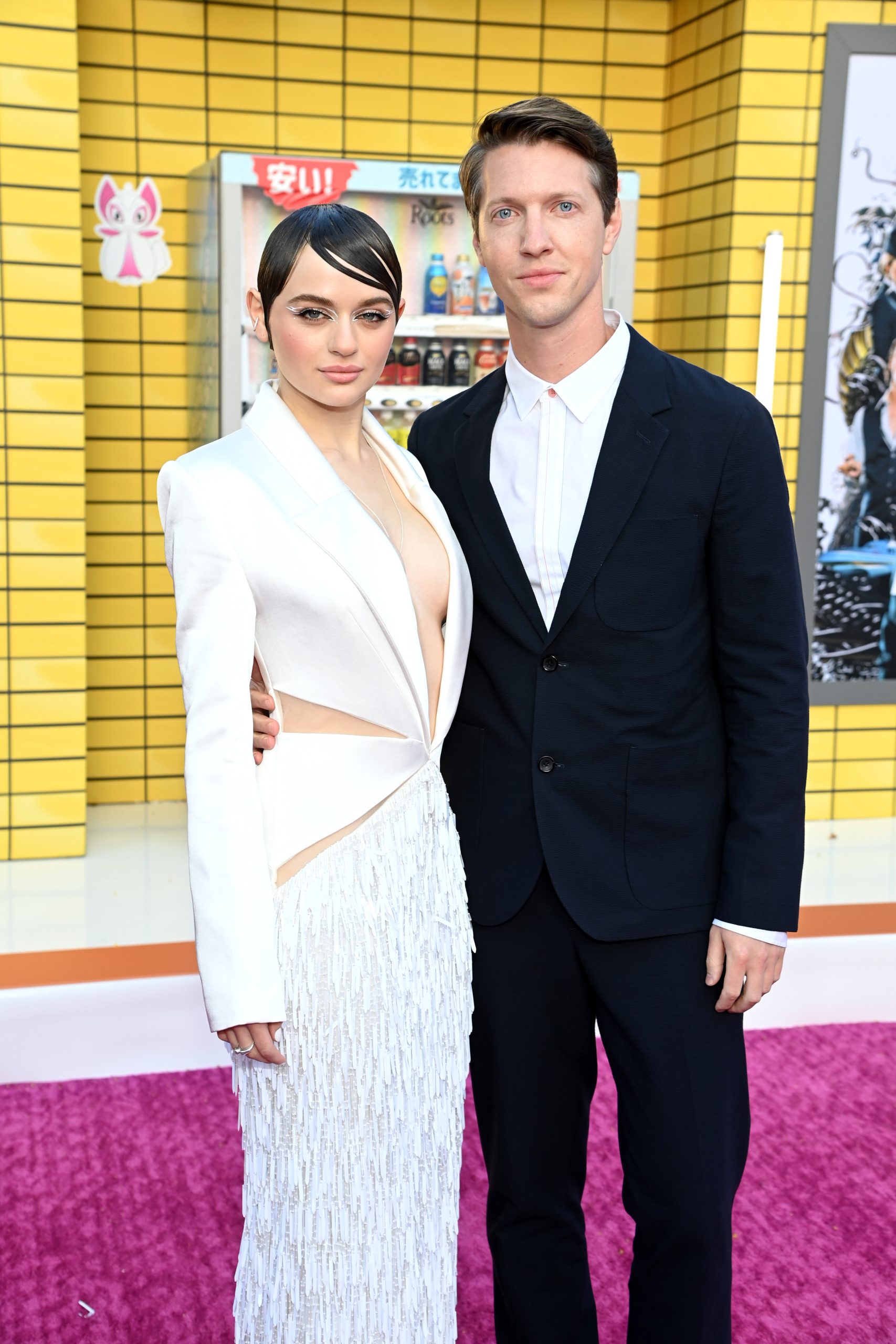 The Bullet Train Los Angeles premiere was held last night in Los Angeles and Actress Joey King killed it on the pink carpet! She looked stunning wearing a white cut out shredded gown for the premiere leaving little to the imagination lol! She along with her fiancé Steven Piet complimented each other very well! The couple met working on a Hulu series The Act. They’ve been engaged since February of this year.

In the film, trained killer Ladybug Brad Pitt wants to give up the life but is pulled back in by his handler Maria Beetle in order to collect a briefcase on a bullet train heading from Tokyo to Kyoto. Onboard the train, he and other competing assassins discover their objectives are all connected. Bullet Train will be released on August 5th and Joey plays a competing assassin. I loved the avant garde hairdo, the edgy makeup look and the total outfit was killer, hint lol! More pics inside and the designer outfit she was slaying! 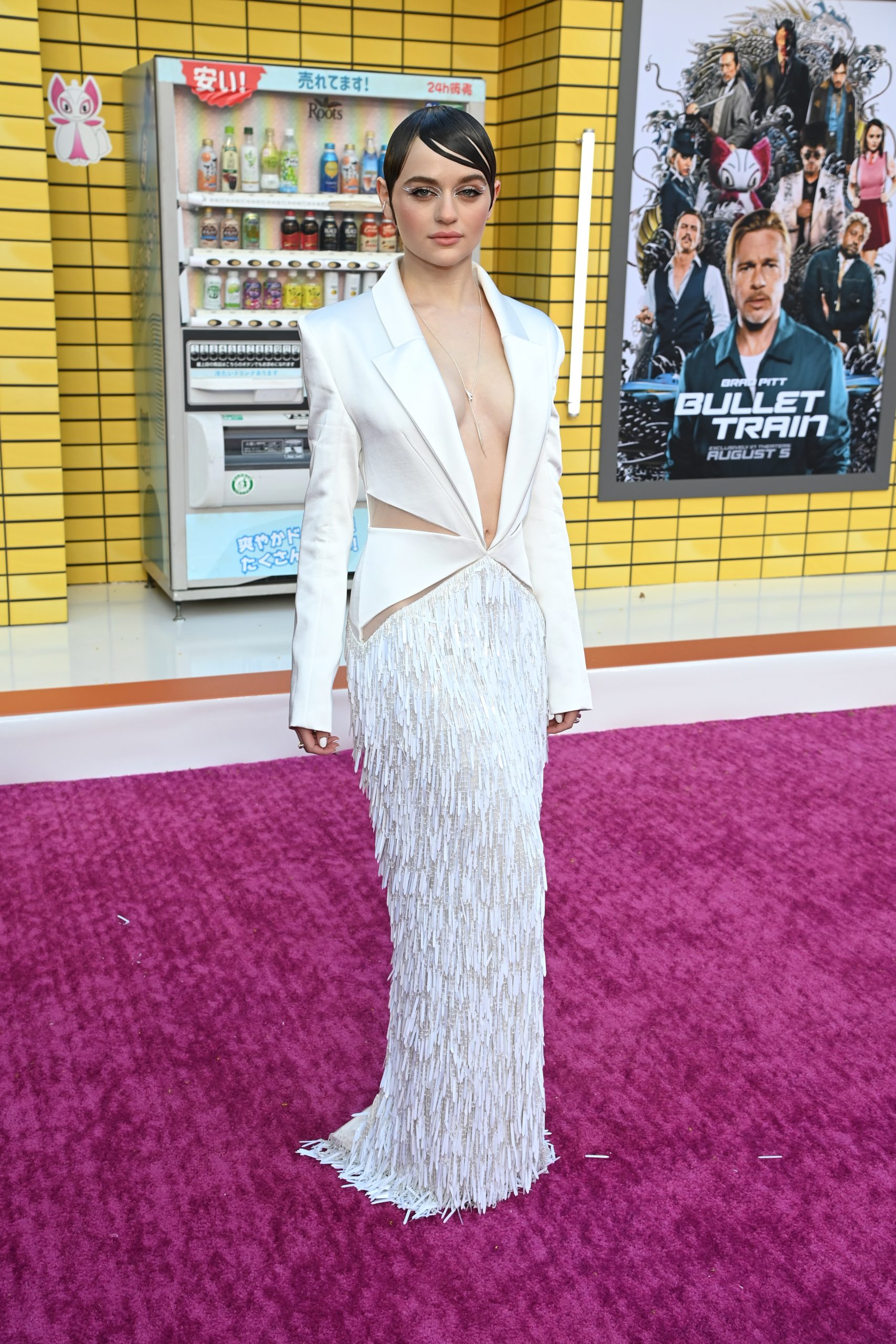 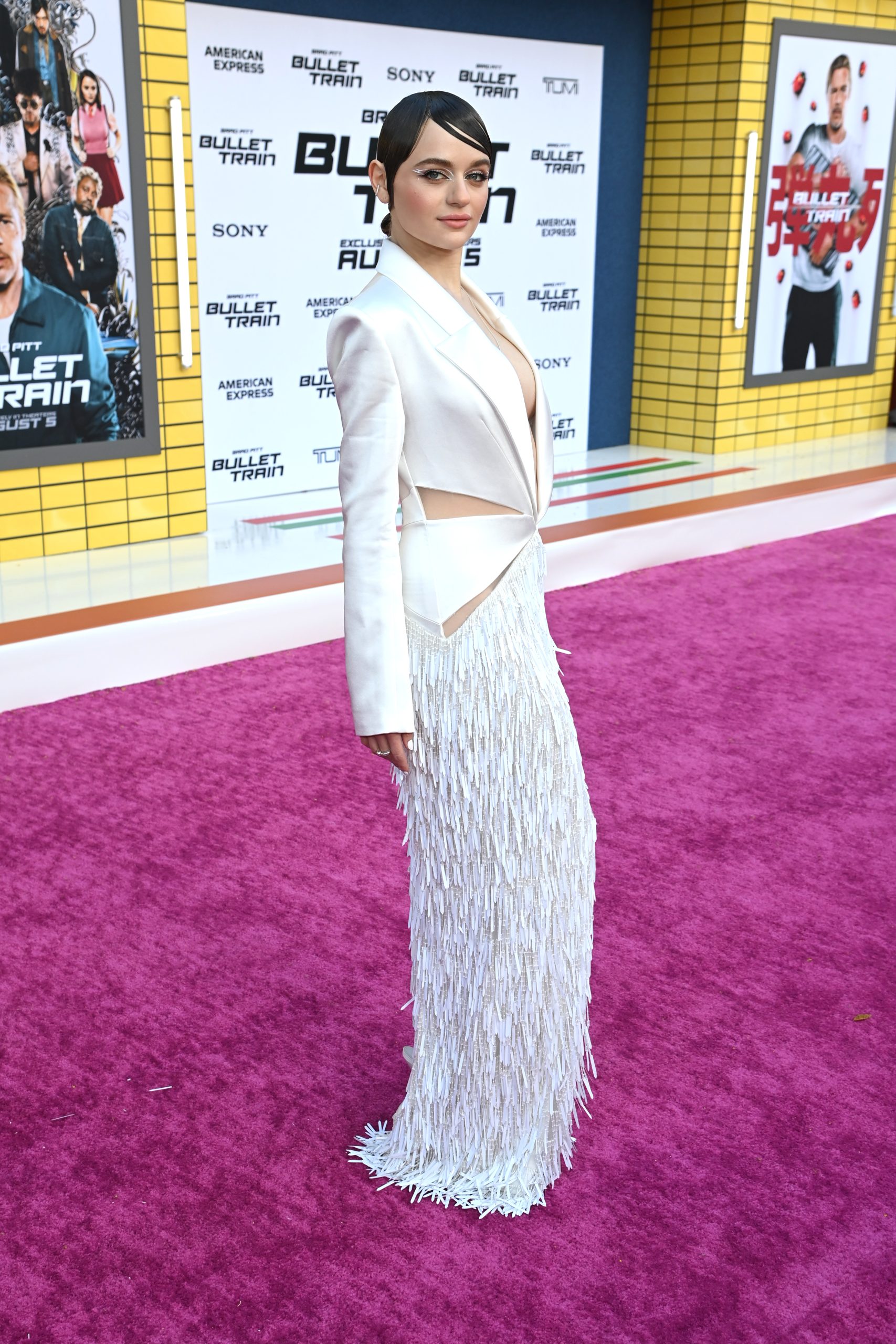