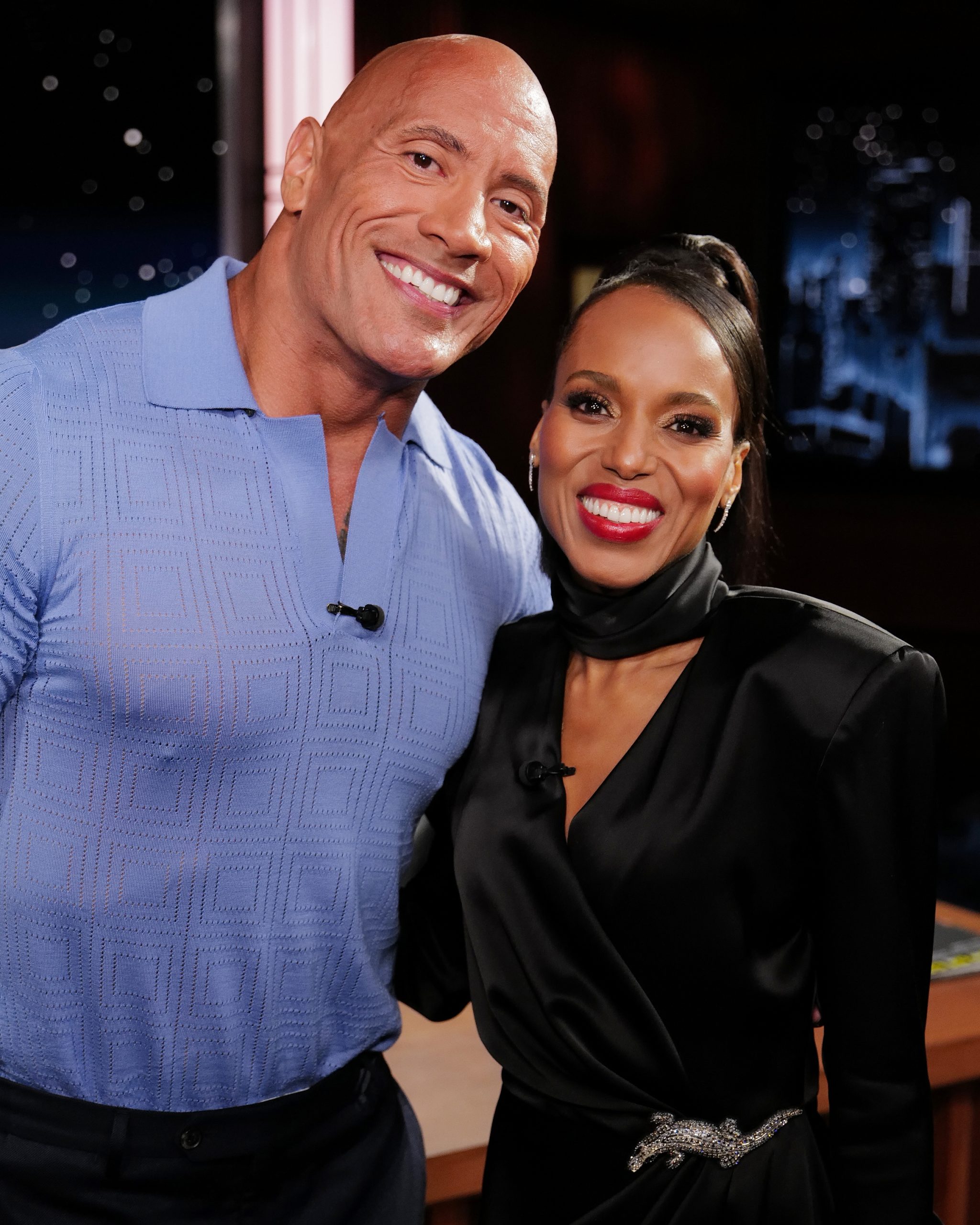 Dwayne Johnson made an appearance on the show to chat with guest host Kerry about his eldest daughter Simone making her WWE debut, Kerry’s wrestling name, his 4 and 6 year old daughters putting make-up on him, doing the tortilla challenge with Kevin Hart, buying his mom a house, her “smackdown room” dedicated to Dwayne, being named master of ceremonies for Shark Week, having a run in with a great white shark, his new movie DC League of Super-Pets, his friendship with Kevin Hart, adopting a dog, playing Black Adam, and his business partner/the first woman to own a sports league Dany Garcia joins them to talk about rebooting the XFL. It was definitely a great show, I have more pics and a video clip and details on that fabulous dress she was wearing inside…. 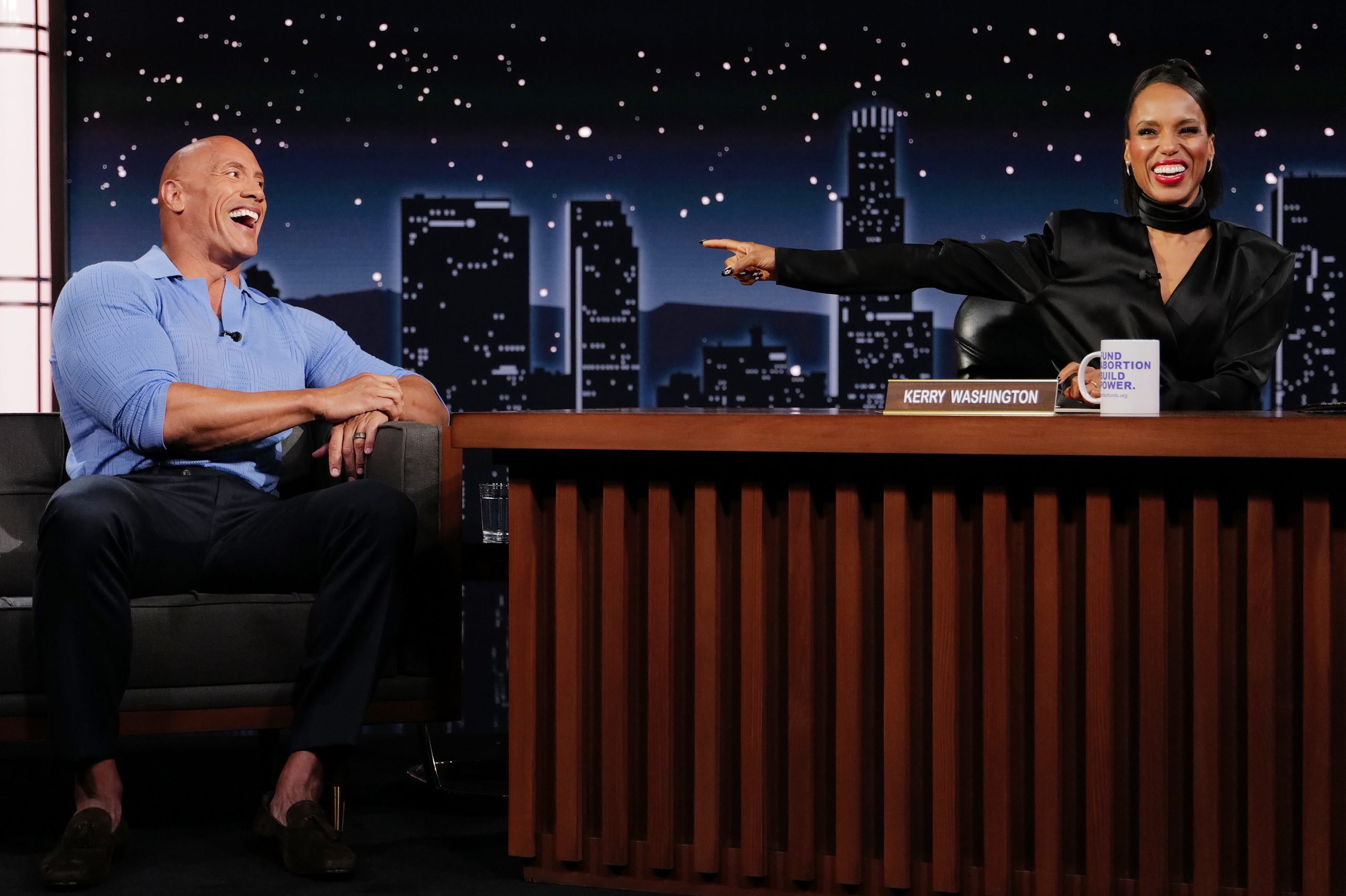 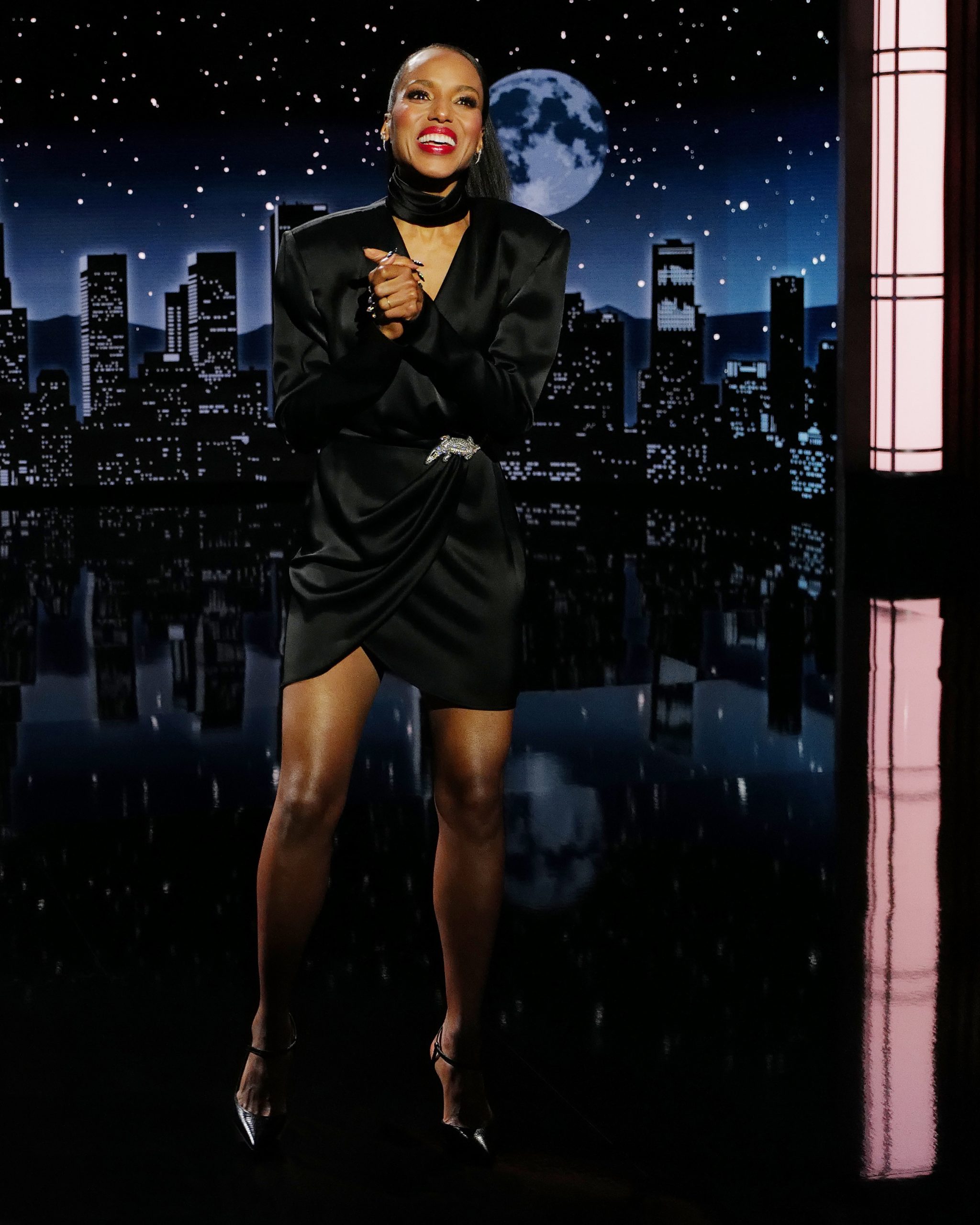 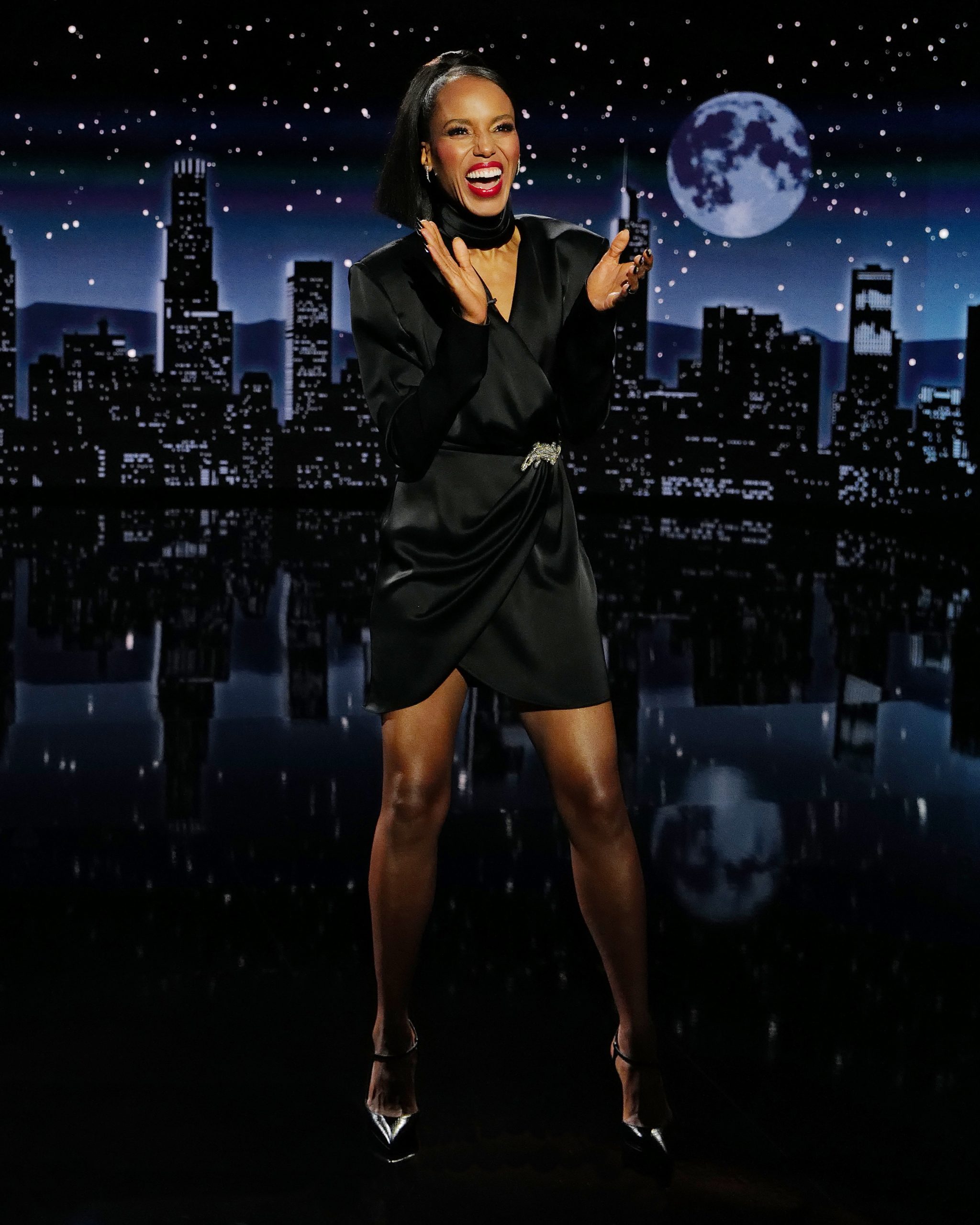