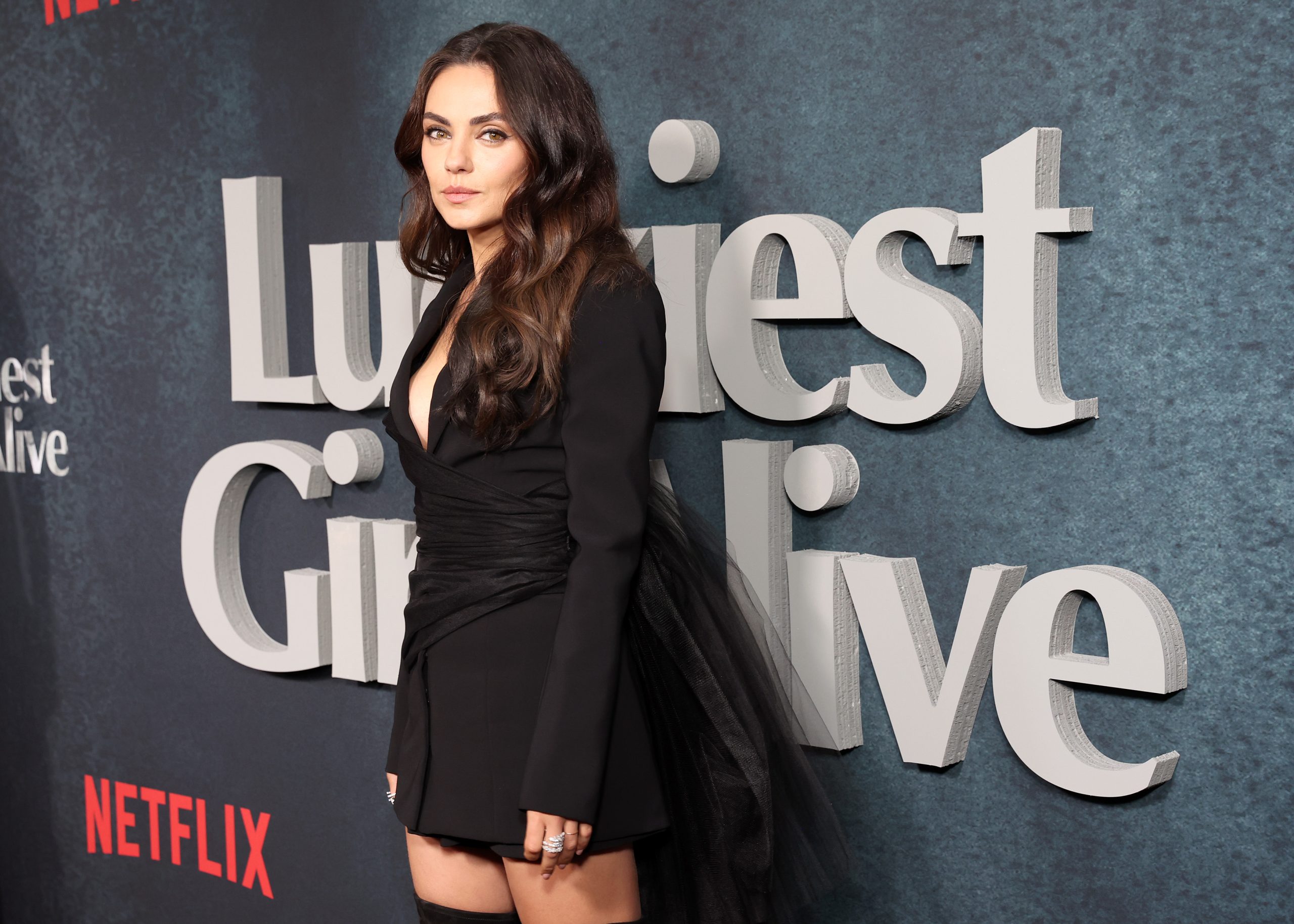 Did you know after viewing these photos after they were sent to me that I had NO clue who this beauty was lol. I didn’t know that Mila Kunis was married to Ashton Kutcher lol! I do know that she is drop dead gorgeous though and stars in the upcoming movie, Luckiest Girl Alive that will be streaming on Netflix on October 7th!

For the black carpet premiere that took place in NYC last night, she opted out for a black tuxedo styled dress with tulle appliqué. She finished her look with black thigh-high stiletto boots. She was stunning and I’m sure she turned heads when she arrived! In the film, she stars in the searing drama based on the bestselling novel by Jessica Knoll who also wrote the screenplay. I cant wait to watch her in the film! I have the details on her look inside and the designer plus more pics, have a great weekend everyone! 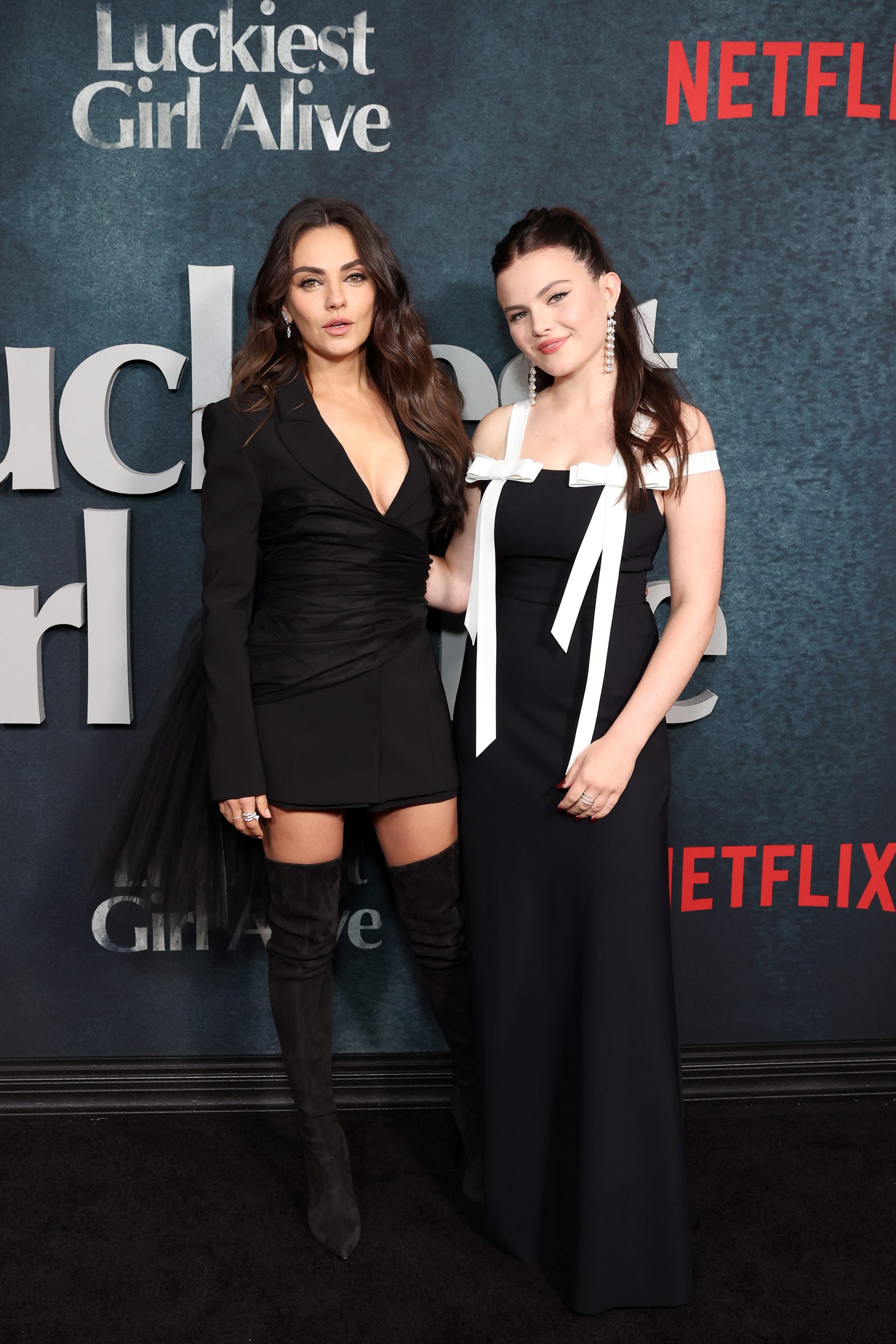 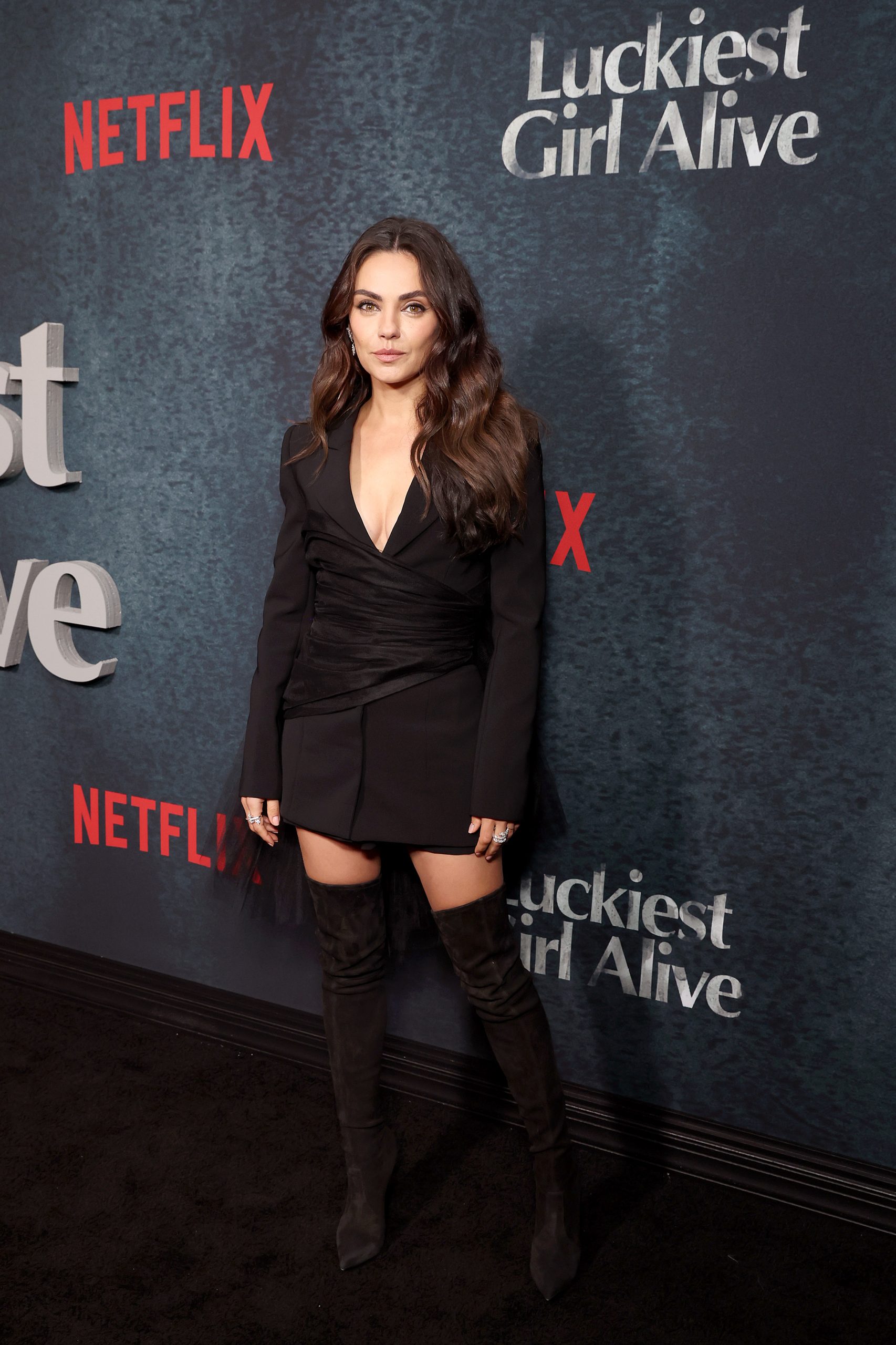 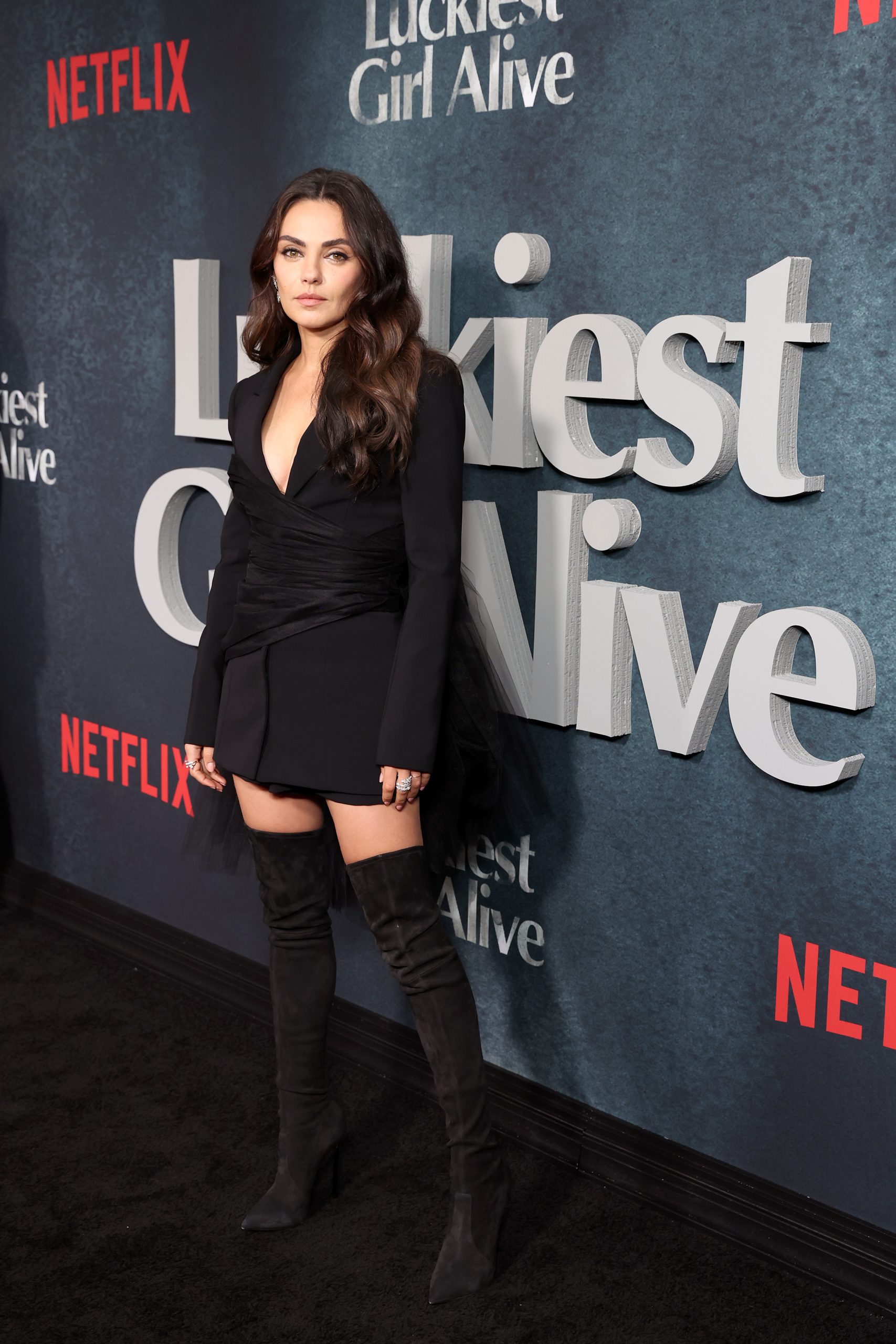 Mila was wearing Carolina Herrera for the carpet, stunning!