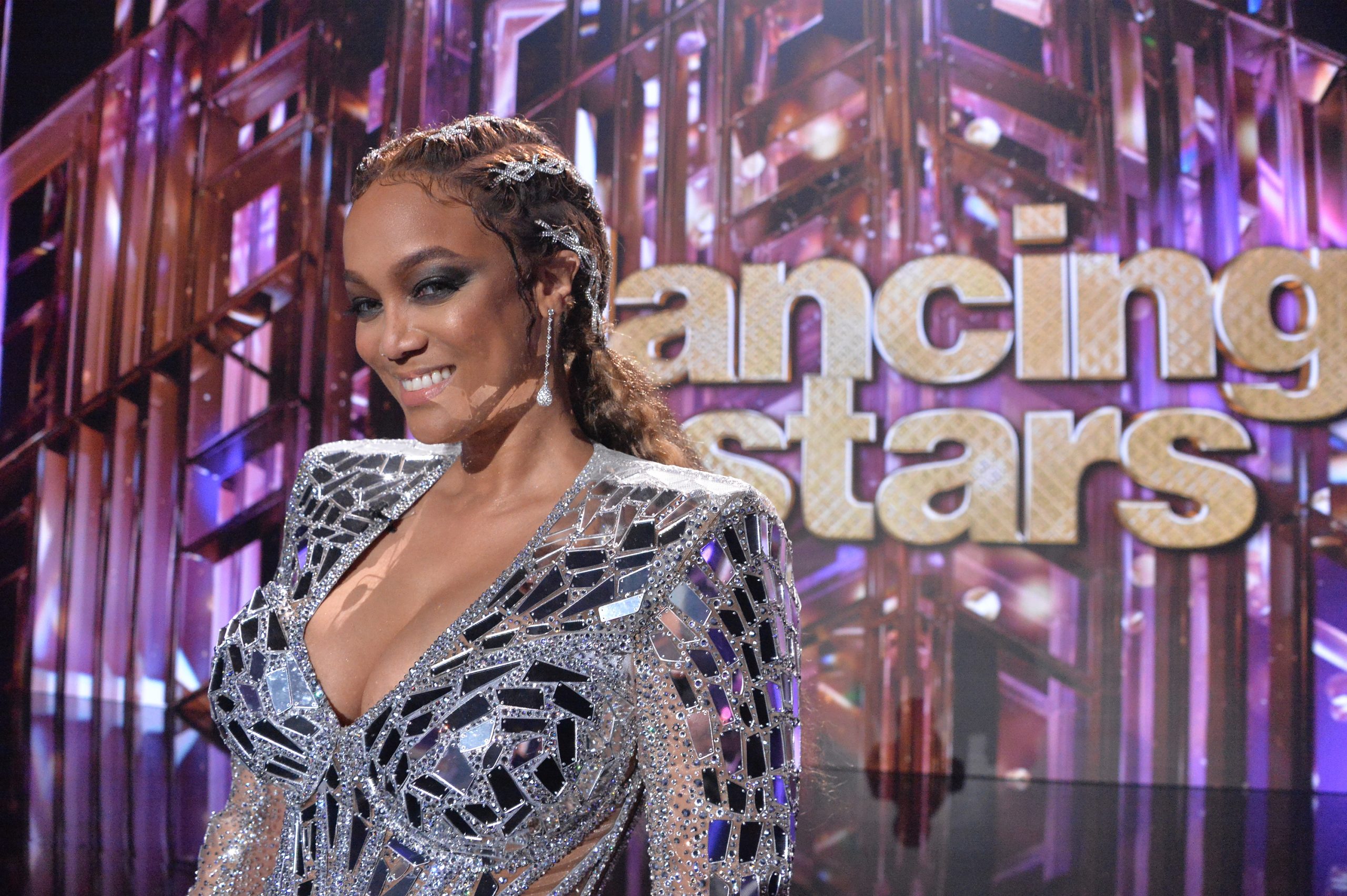 DANCING WITH THE STARS Season 30 Premiered on Monday night and it got great reviews! It returned for another star-studded season with a new, notable and energetic cast of 15 celebrities who were ready to bring their sparkle and shimmy to the ballroom. The competition began with a two-hour season premiere, that was live. Model Tyra Banks made her way into the ballroom wearing a disco ball styled dress that turned heads!

I will be the first to say that I am NOT a fan of anything Tyra wears on the show. It’s always over the top and gaudy to me but some seem to like her style lol. The wig, earrings, stockings that were unnecessary and the shoes of choice, it was just a huge NO all around! The dress was nice but just over accessorized that threw it all off. More pics inside and the designer that made her look, lawd! 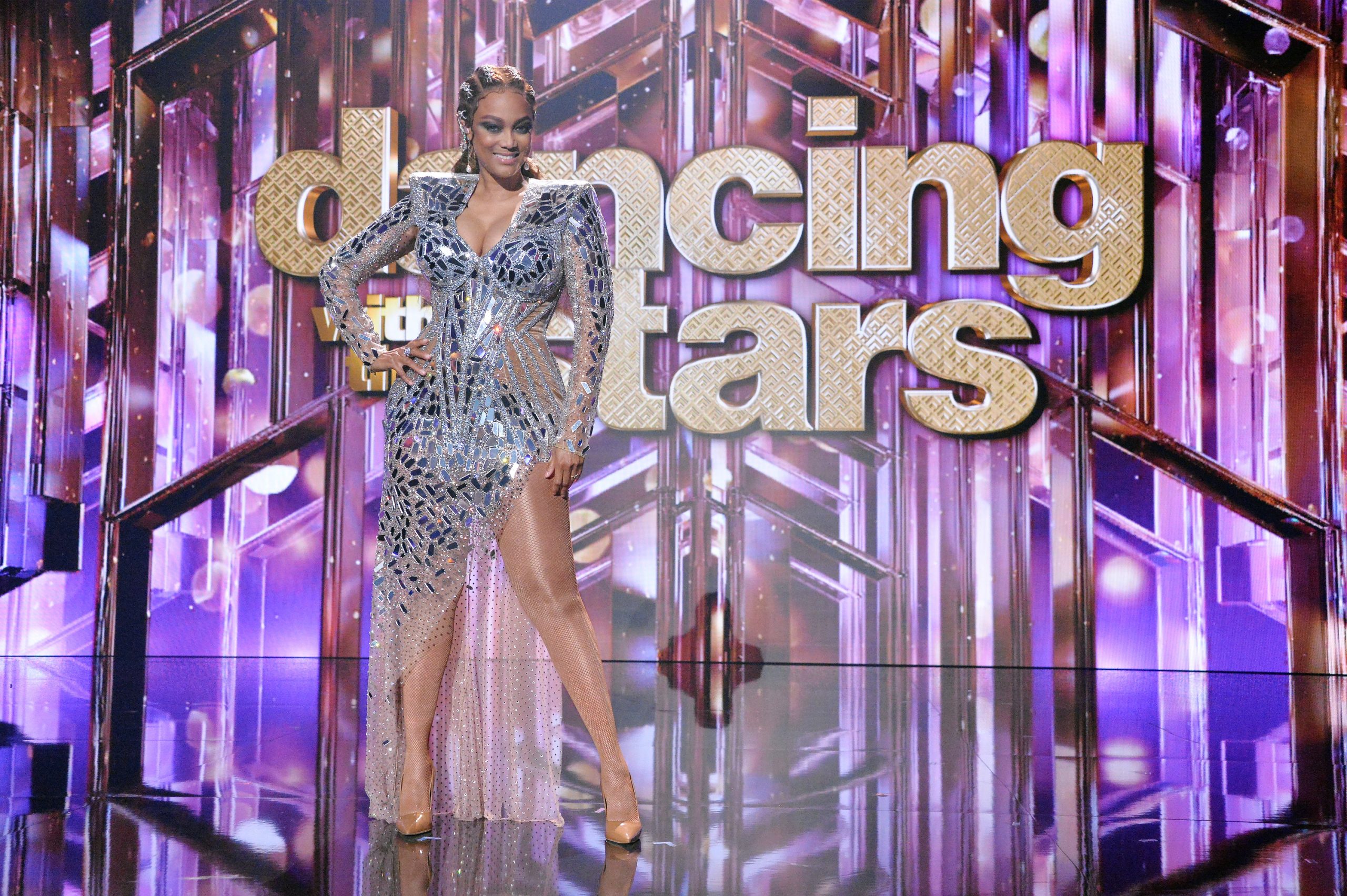 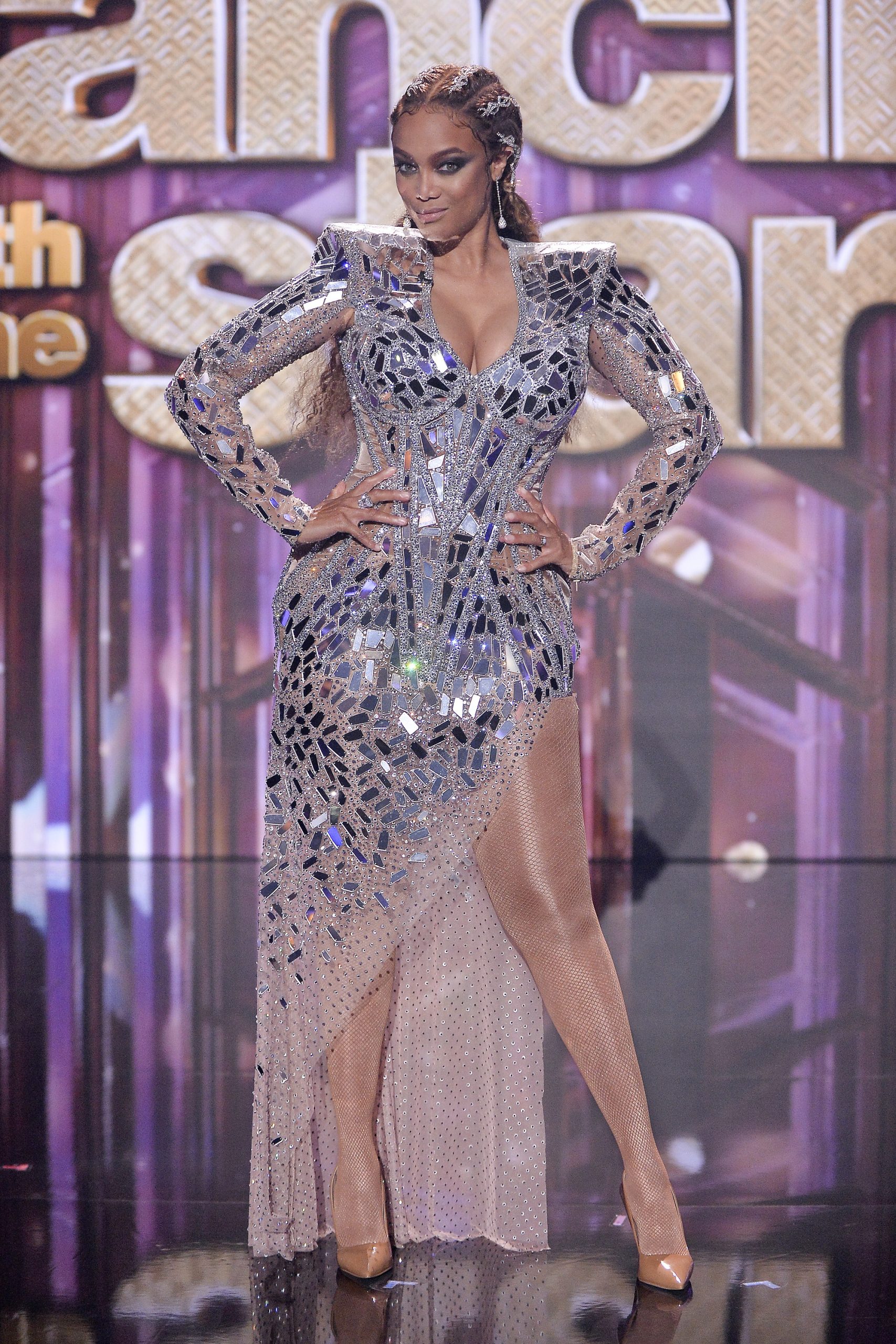