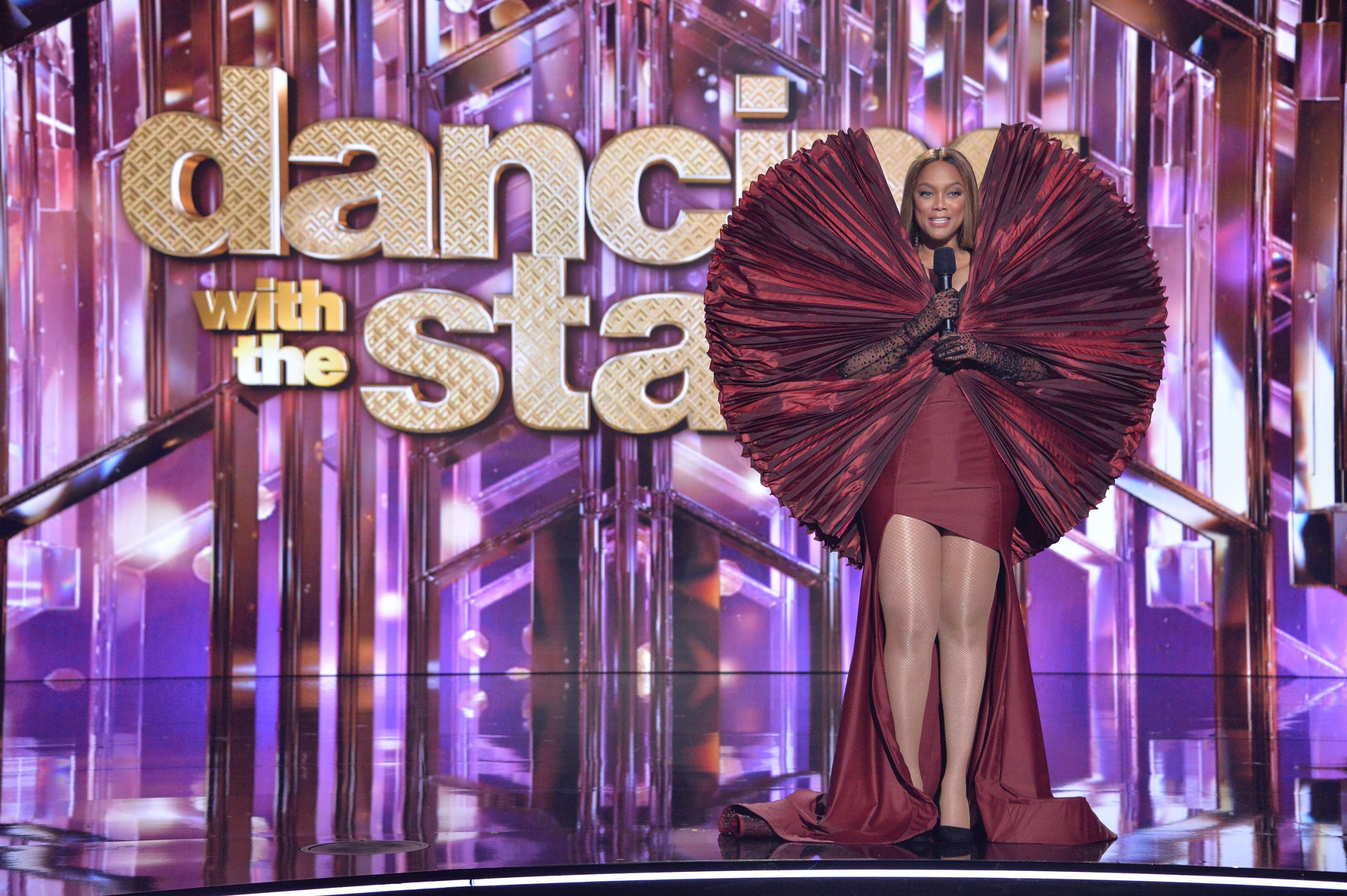 Tyra Banks hosted the second episode of Dancing with the Stars Season 30 last night. I looked online and boy was she getting roasted! Fans of the show were saying how overdressed she was and I can go on lol. Some even said she looked like a Jurassic Park‘s venom-spitting Dilophosaurus, lawd!

Hmm, I really want to like this dress that I saw on Tyra, I really do. It’s just something that doesn’t sit well with me probably because she wore it on a television show for a dance competition that’s bothering me! If this was worn at the Annual Met Gala, I would be all for it and give it all sorts of praises because this is the sorta thing you would wear to that because its all about being over the top. I just don’t know. You guys tell me if I am wrong lol.

It’s a very lovely dress and I love all the pizzazz and detail of it. It just seems very out of place and like Tyra is trying too hard. Ok, thats enough of my two cents, step inside to see the fashion designer that made this frock. By the way, Martin Kove(Karate Kid) was the first to be eliminated last night, if you cared lol. 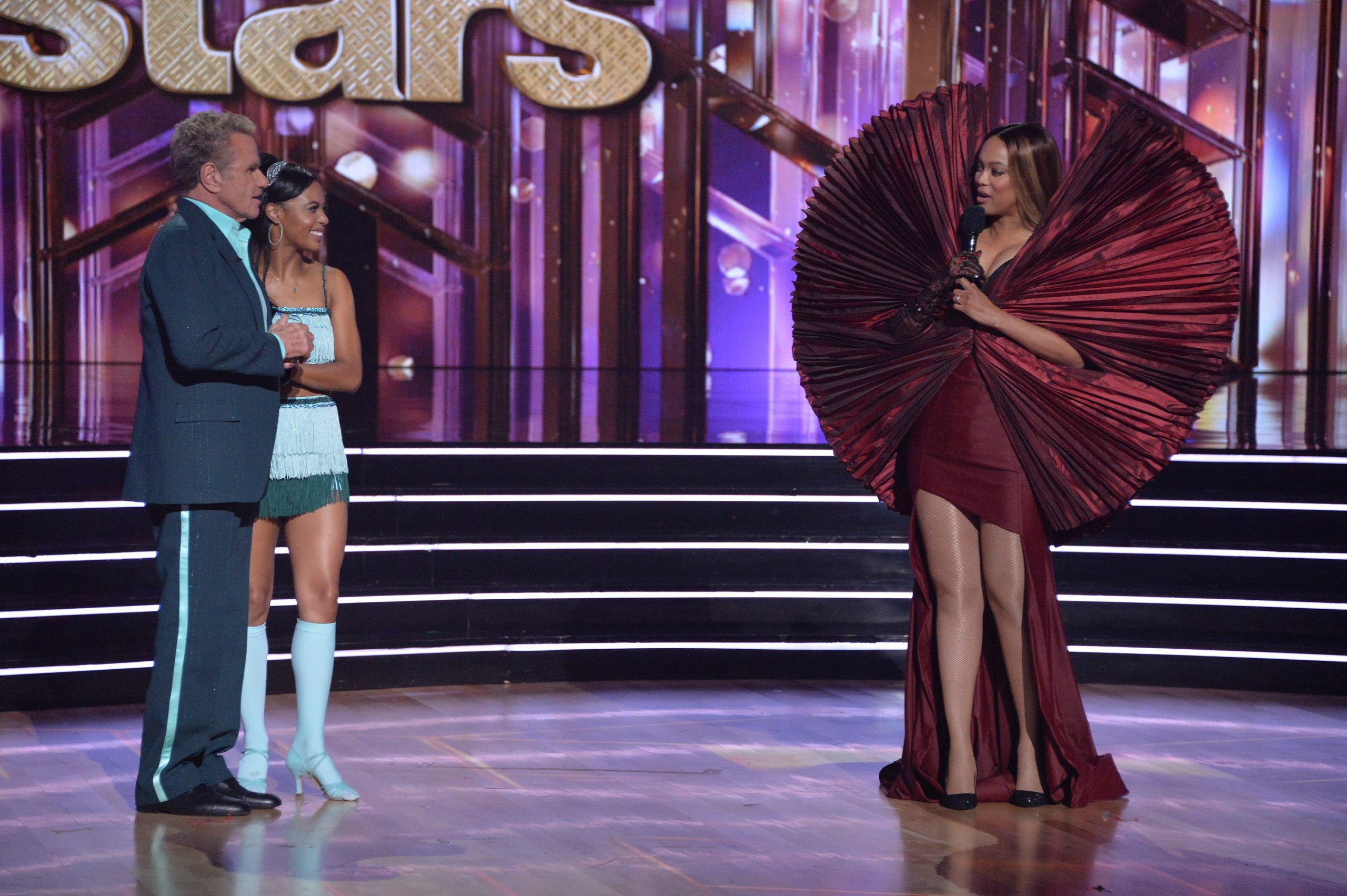 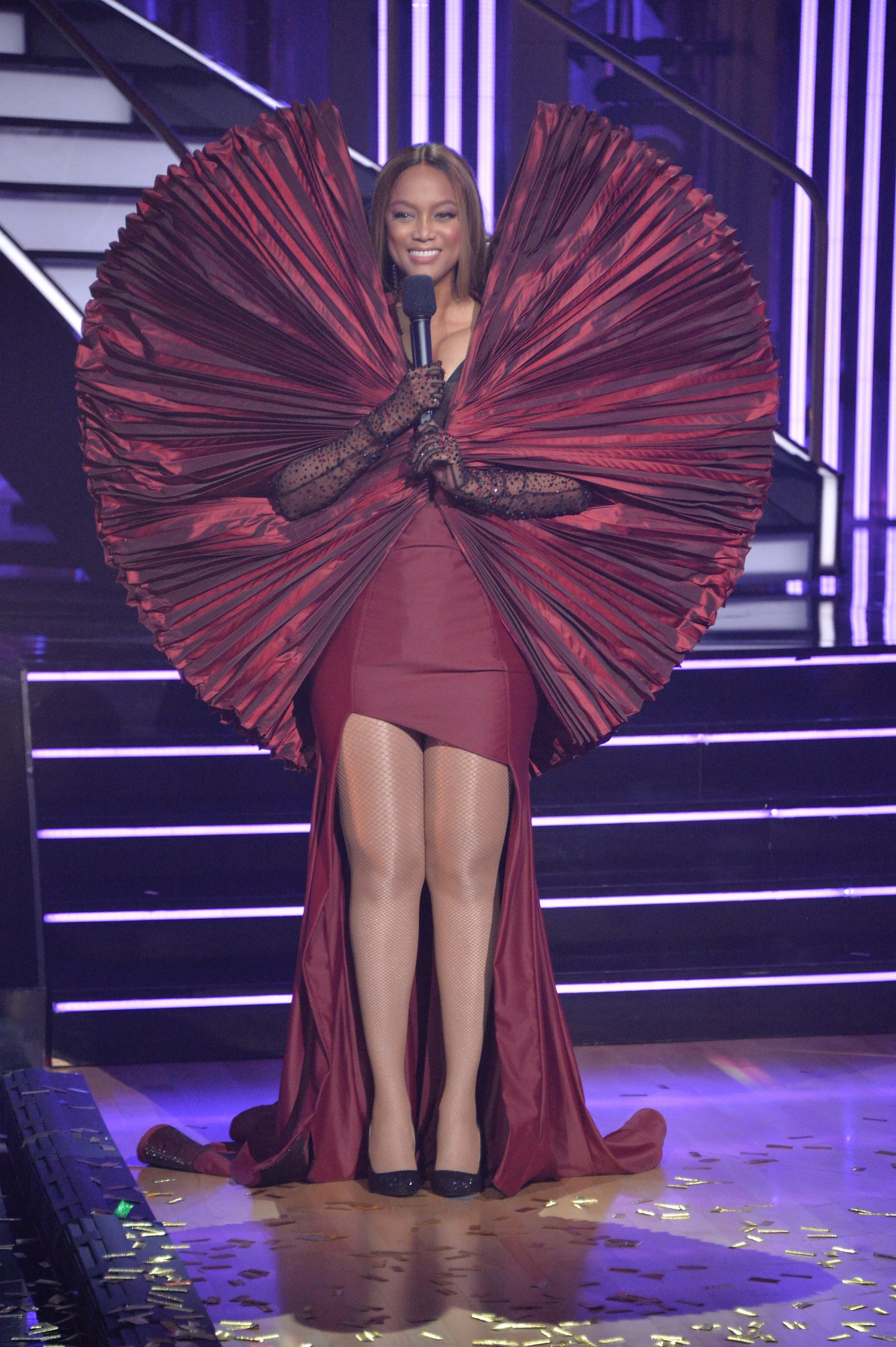