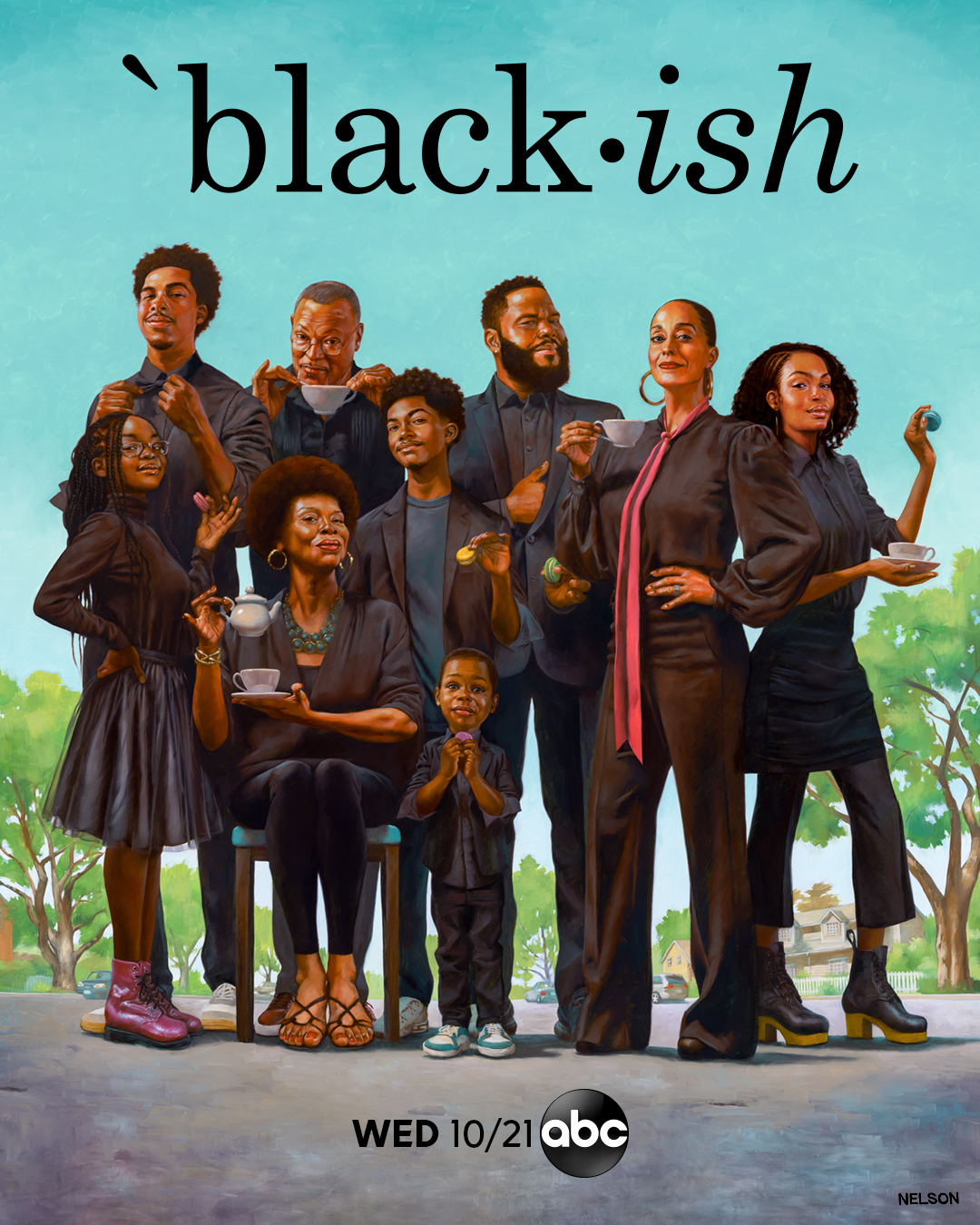 Congratulations are in order for famed artist Kadir Nelson. He is really getting around and has created some of the most memorable artist pieces of this time! You may remember his art work for the cover of the New Yorker, titled “Say Their Names”, which paid tribute to George Floyd and other victims of police brutality. He is also a illustrator for many children’s books as well.

The L.A. based artist was quoted as saying, “My goal is to really tell the human story.” “To create artwork that inspires the better part of ourselves. To inspire us to become heroes in our own stories. Both individually and collectively.”

Nelson who is 46 years old, has now created a portrait of Season 7 of the hit tv show, “black-ish”. The show will premiere on October 21st at 9:30pm.

The artwork “Black-ish Tea,” depicts the stylishly dressed Johnson family on the street sipping tea out of china cups and eating macarons against a bright blue sky. Their bemused expressions invite you to wonder what they’re all thinking and talking about. For Nelson, a graduate of New York’s Pratt Institute, they’re having the national conversation — as in, “What is happening to the world?”

He was asked to too the portrait from the marketing department over at the network and he was happy to work with the Executive Producers and showrunner Courtney Lilly. Creative Director and Executive Producer Kenya Barris was also very pleased.

On the new season of black-ish, you will also see the family deal with Covid-19 and the effect it had on essential workers and more. Congrats to this talented artist and much success to Kadir! 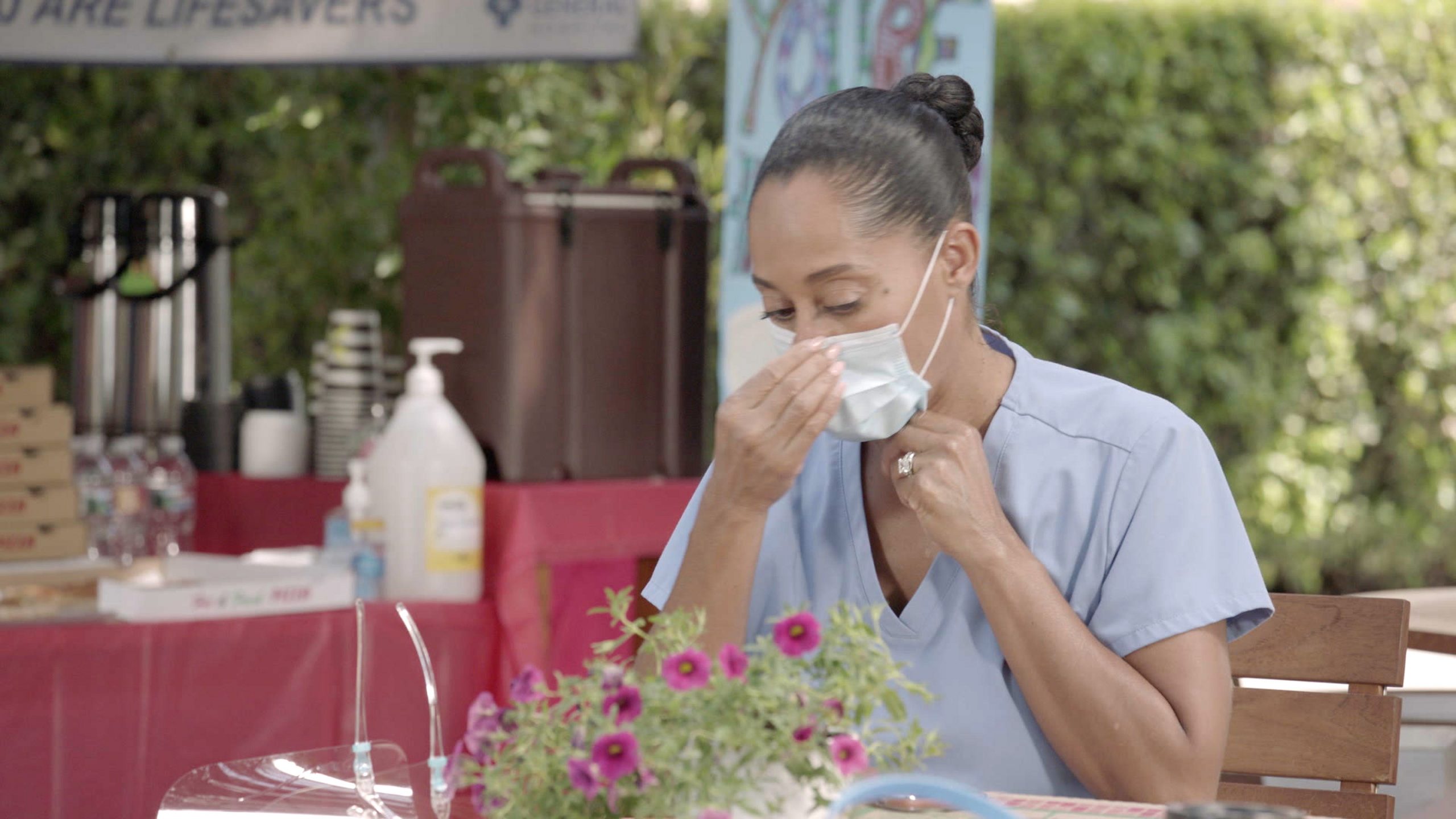 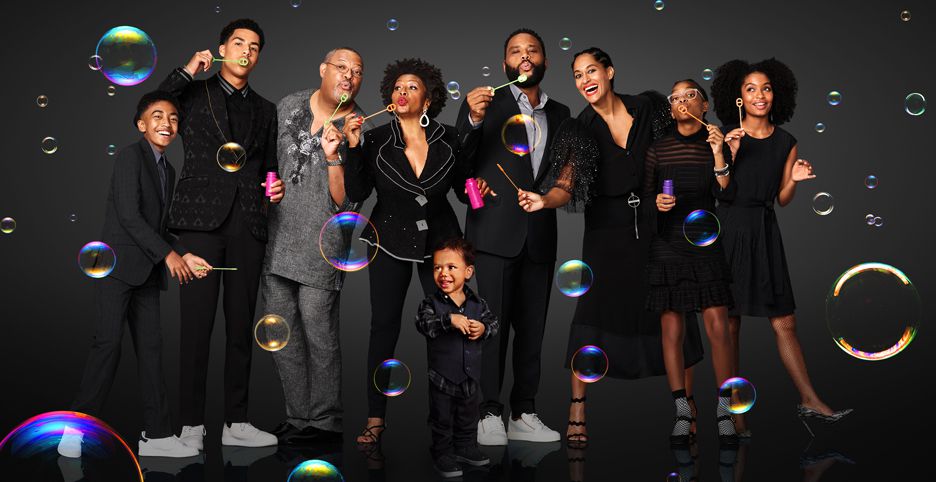 ABC’s Emmy®- and Golden Globe® Award-nominated comedy series “black-ish” takes a fun yet bold look at one man’s determination to establish a sense of cultural identity for his family. In its seventh season, “black-ish” will continue to tell stories that shine a light on current events through the lens of the Johnson family, addressing the global pandemic, voting, systemic racism, and the movement for social justice and equality. The series stars Anthony Anderson as Andre “Dre” Johnson, Tracee Ellis Ross as Rainbow Johnson, Yara Shahidi as Zoey Johnson, Marcus Scribner as Andre Johnson Jr., Miles Brown as Jack Johnson, Marsai Martin as Diane Johnson, Laurence Fishburne as Pops, Jenifer Lewis as Ruby, Peter Mackenzie as Mr. Stevens, Deon Cole as Charlie Telphy and Jeff Meacham as Josh.