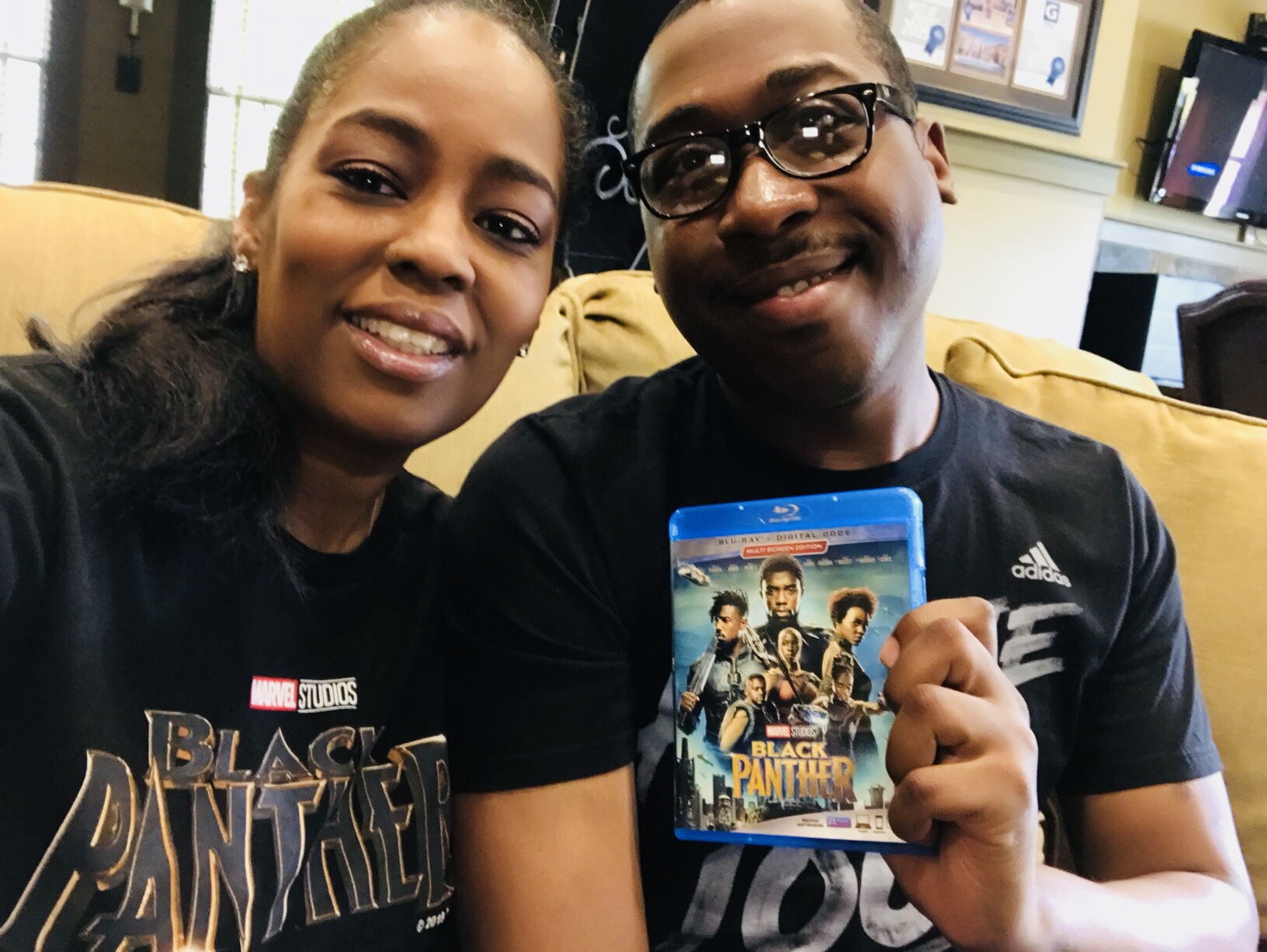 Marvel Studios’ “Black Panther,” the highly celebrated story of T’Challa (Chadwick Boseman), a young African prince who takes on the mantle of King and Super Hero, has thrilled and inspired generations of moviegoers around the globe. Now, fans can bring home the phenomenon, packed with light-hearted fun, pulse-pounding action and a powerful message, and watch it over and over again, Digitally in HD and 4K Ultra HD™ and Movies Anywhere on May 8 and on 4K Ultra HD™, Blu-ray™, DVD and On-Demand on May 15. With both Dolby Vision and Dolby Atmos immersive sound, 4K Ultra HD offers consumers a transformative viewing experience. 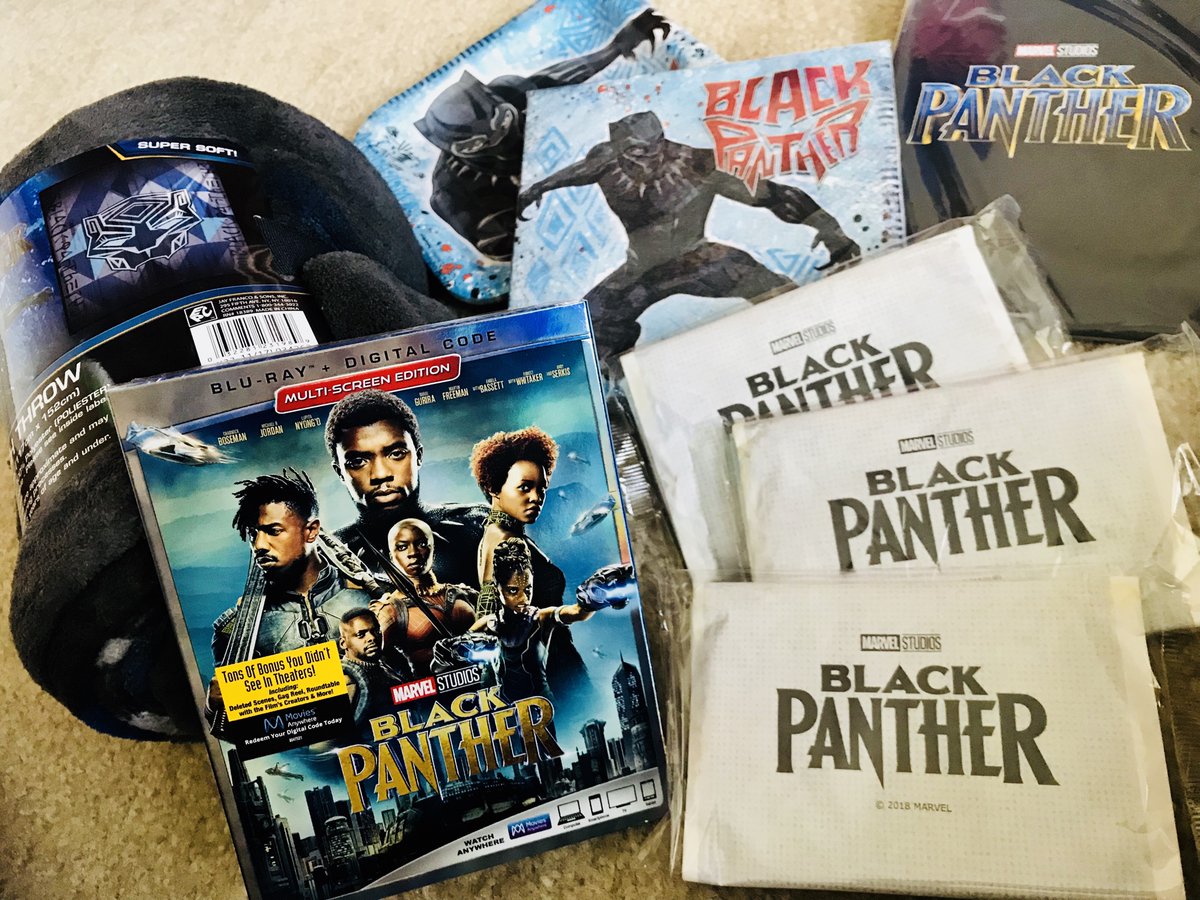 Through the 4K Cinematic Universe Edition of “Black Panther,” fans will experience the exhilarating adventure in stunning 4K Ultra HD with next-generation high dynamic range (HDR) visuals and Dolby Atmos immersive audio. Never-before-seen extras feature commentary from director Ryan Coogler; deleted scenes; outtakes; and several making-of featurettes, which detail the Black Panther’s evolution, the remarkable women of Wakanda, the history of T’Challa’s proud nation, and the cosmic origin and technological applications of vibranium. Also included are a roundtable discussion with “Black Panther” filmmakers and writers; a featurette tracing the countless connections between heroes, characters and storylines within the Marvel Cinematic Universe; and an exclusive sneak peek at “Ant-Man and the Wasp.”

The global cultural phenomenon of “Black Panther” has dominated the box office charts emerging as the third biggest movie of all time domestically with over $665 million – the first film in eight years to spend five weeks at No. 1 – and rising to the global top 10 of all time with over $1.3 billion. In the acclaimed film, T’Challa returns home to the hidden high-tech African nation of Wakanda to succeed to the throne and take his rightful place as king, following the death of his father. But when a man named Killmonger (Michael B. Jordan) appears, T’Challa’s mettle as king—and Black Panther—is tested when he’s drawn into a formidable conflict that puts the fate of Wakanda and the entire world at risk. Pitted against his own family, the king must rally his allies and release the full power of Black Panther to defeat his foes and embrace his future as an Avenger.

My friends over at Disney sent me over a movie night kit and I LOVE it! My friend didn’t get a chance to see the movie yet, so I set up a lil viewing party with snacks, a signature cocktail and more! He was so surprised and really enjoyed the movie and dvd! Afterwards we watched the deleted scenes and gag reel it was super fun! More information below… 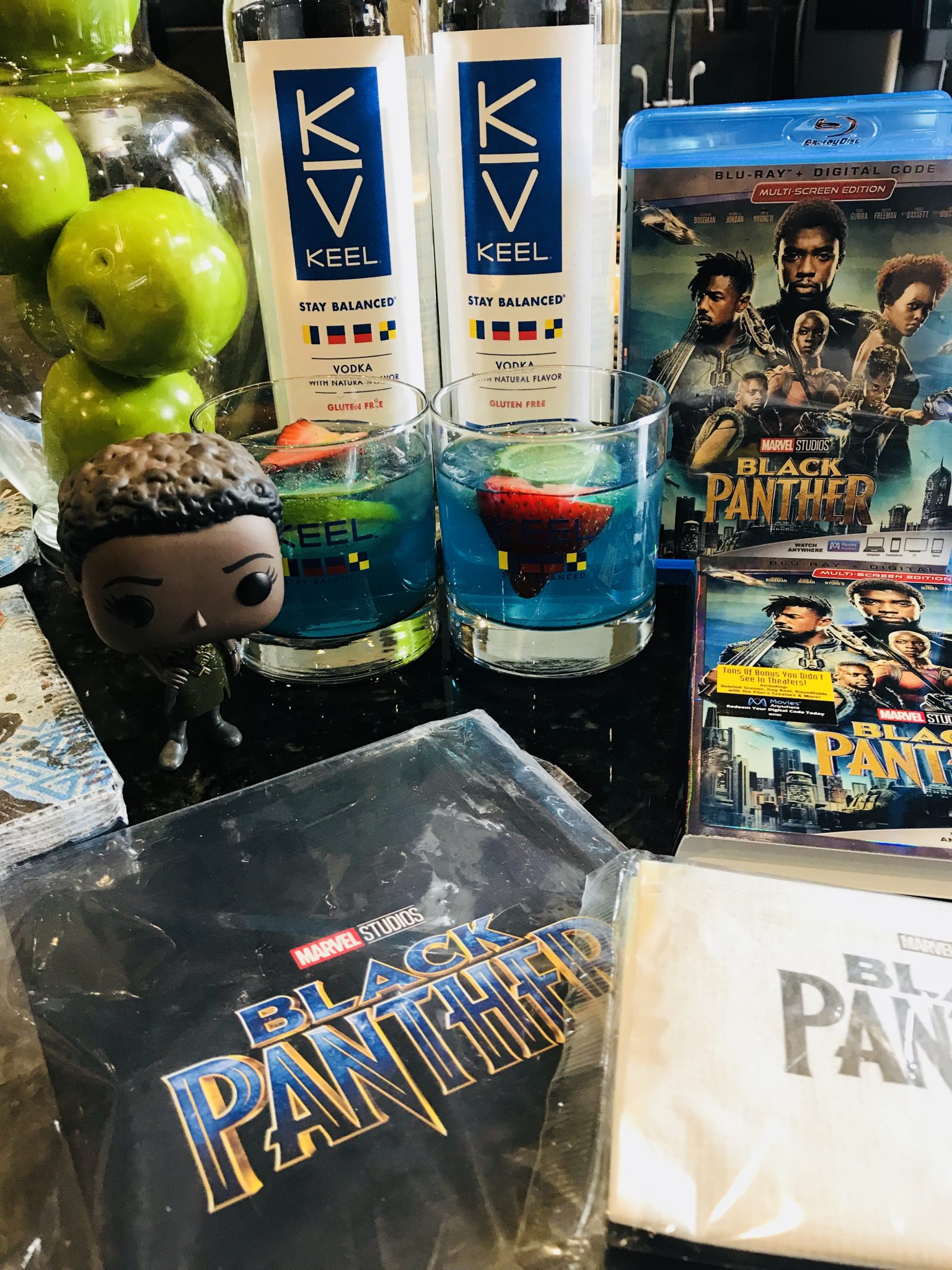 In an ice-filled highball glass, pour KEEL Vodka and lime juice.
Top it all off with ginger beer, garnish with a lime wedge, strawberries and saddle up. 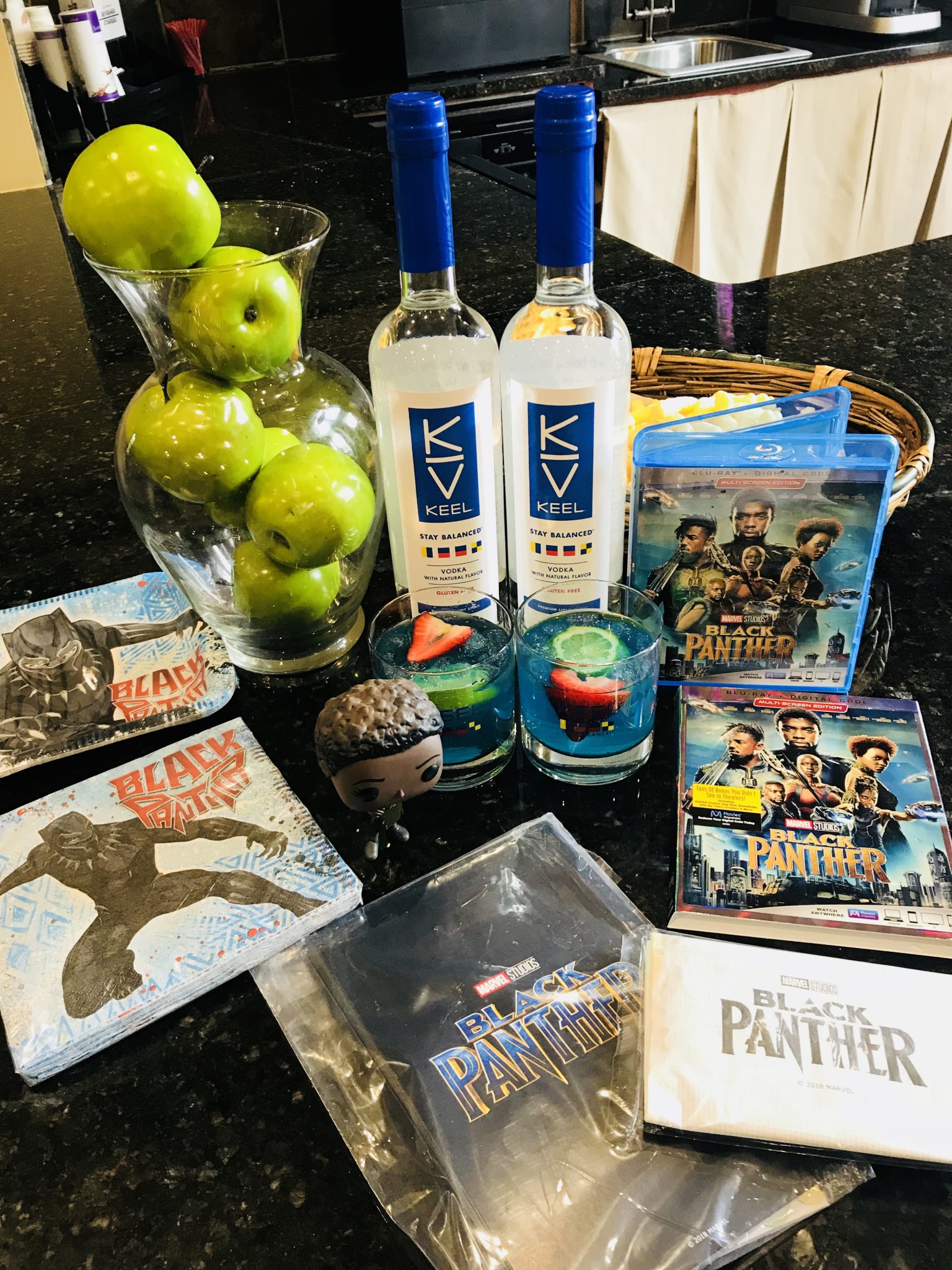 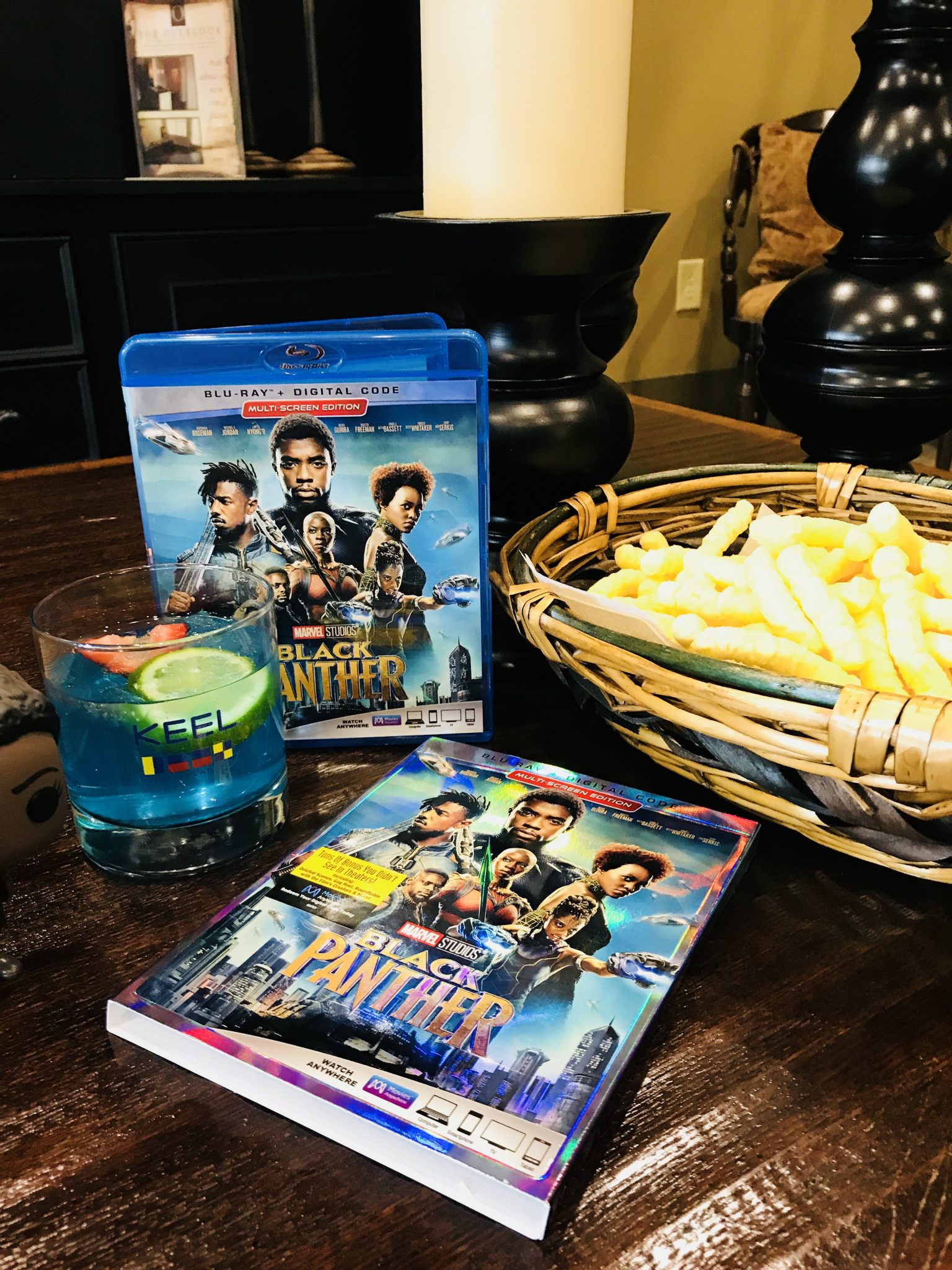 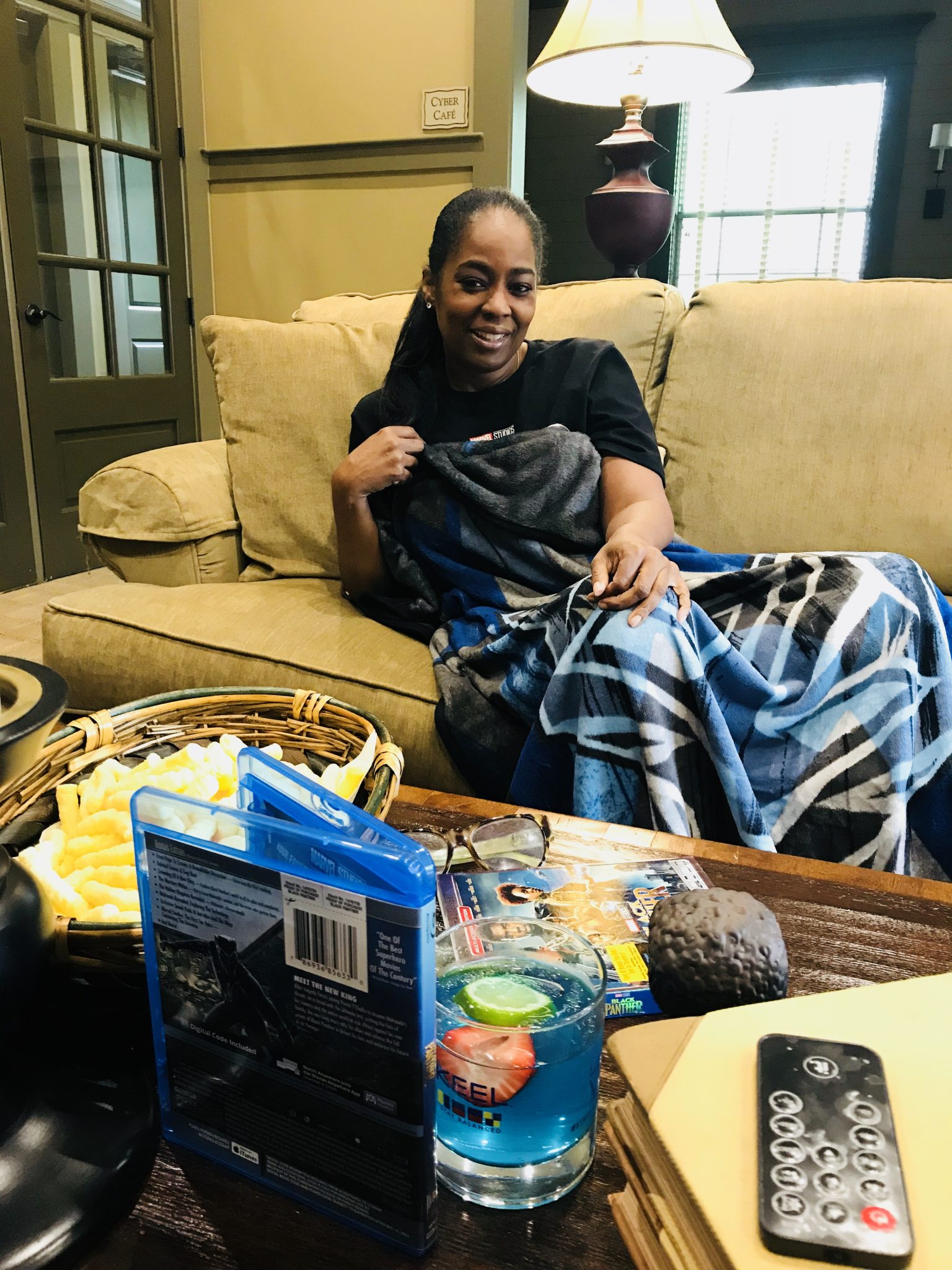 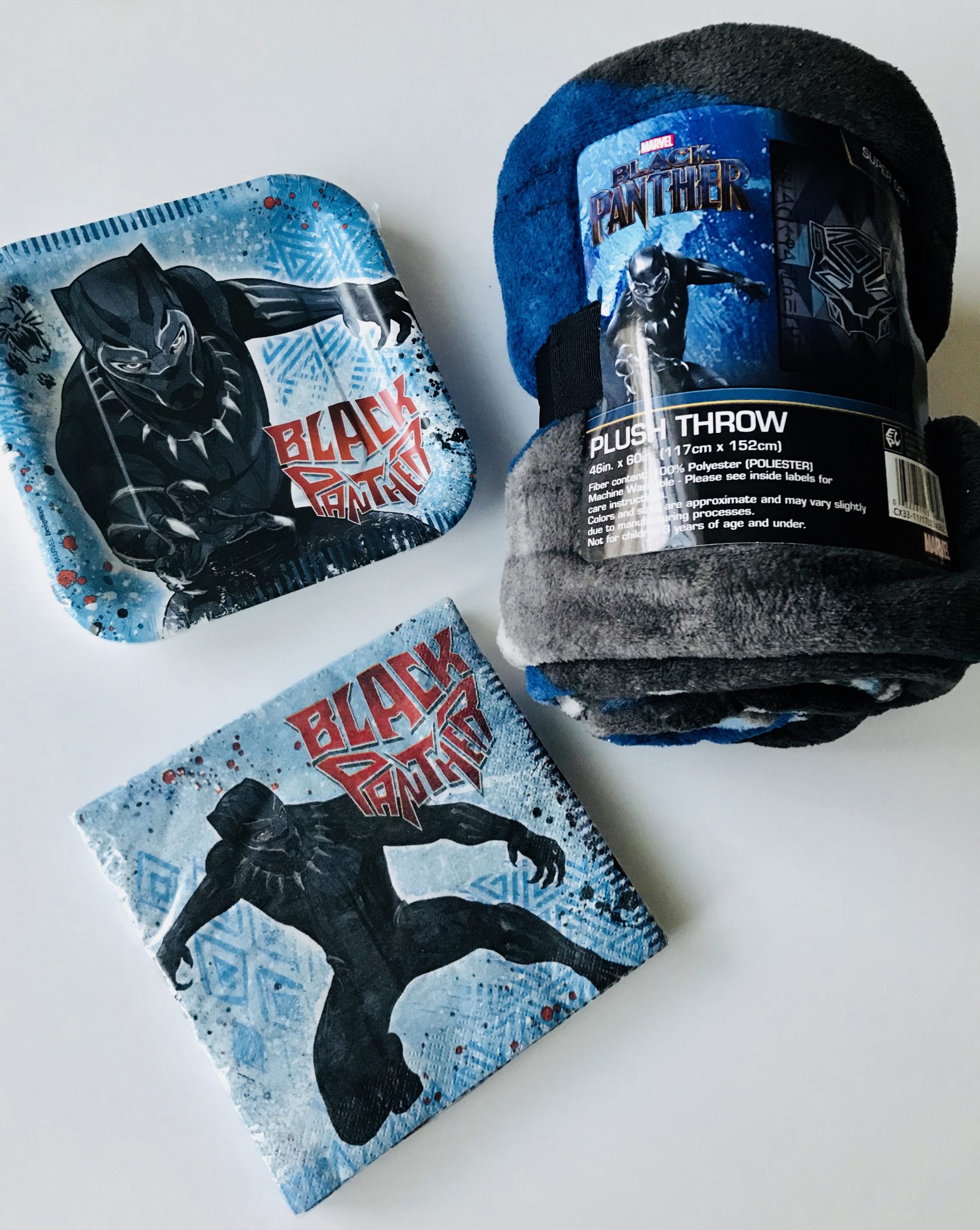 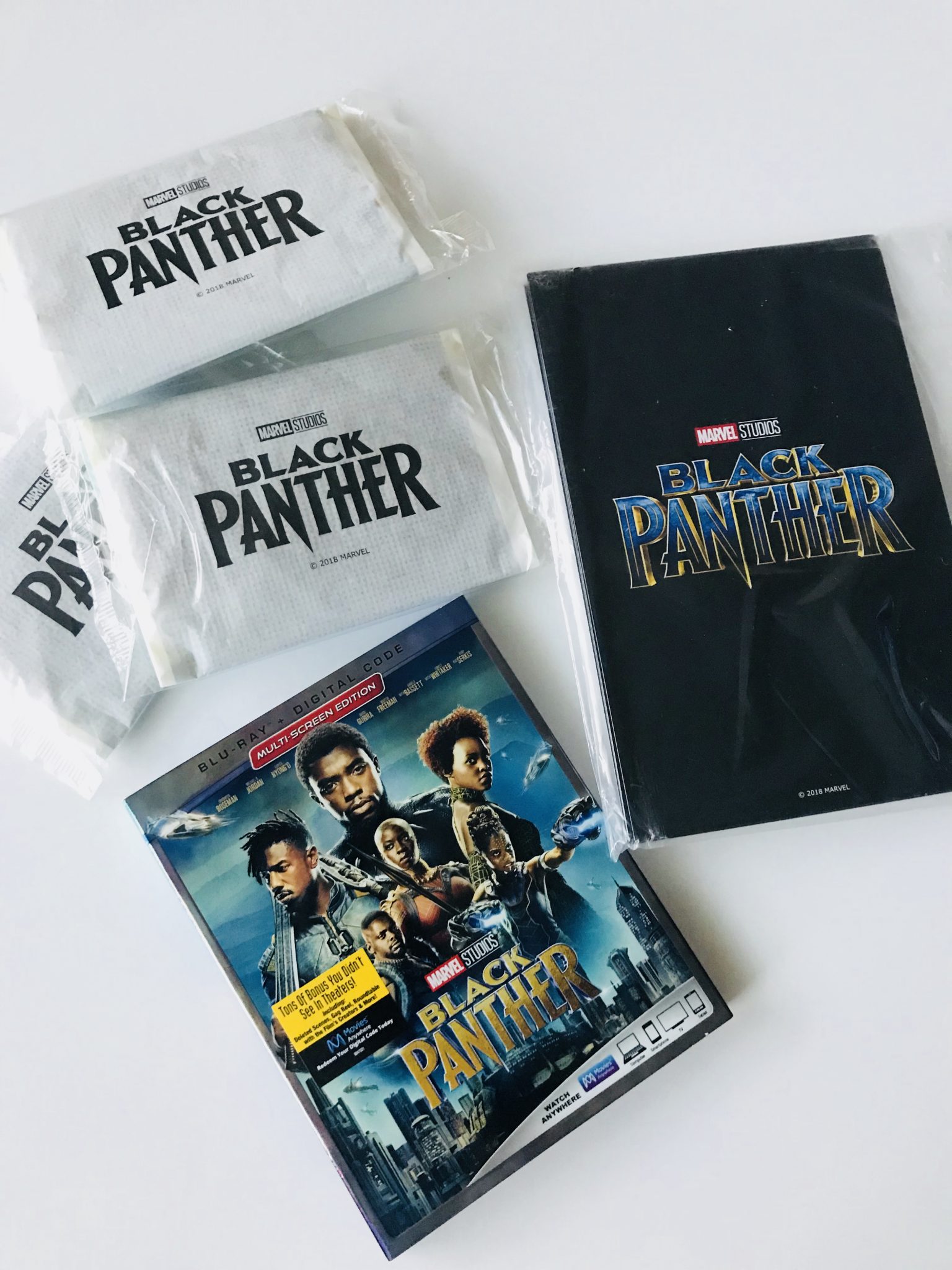 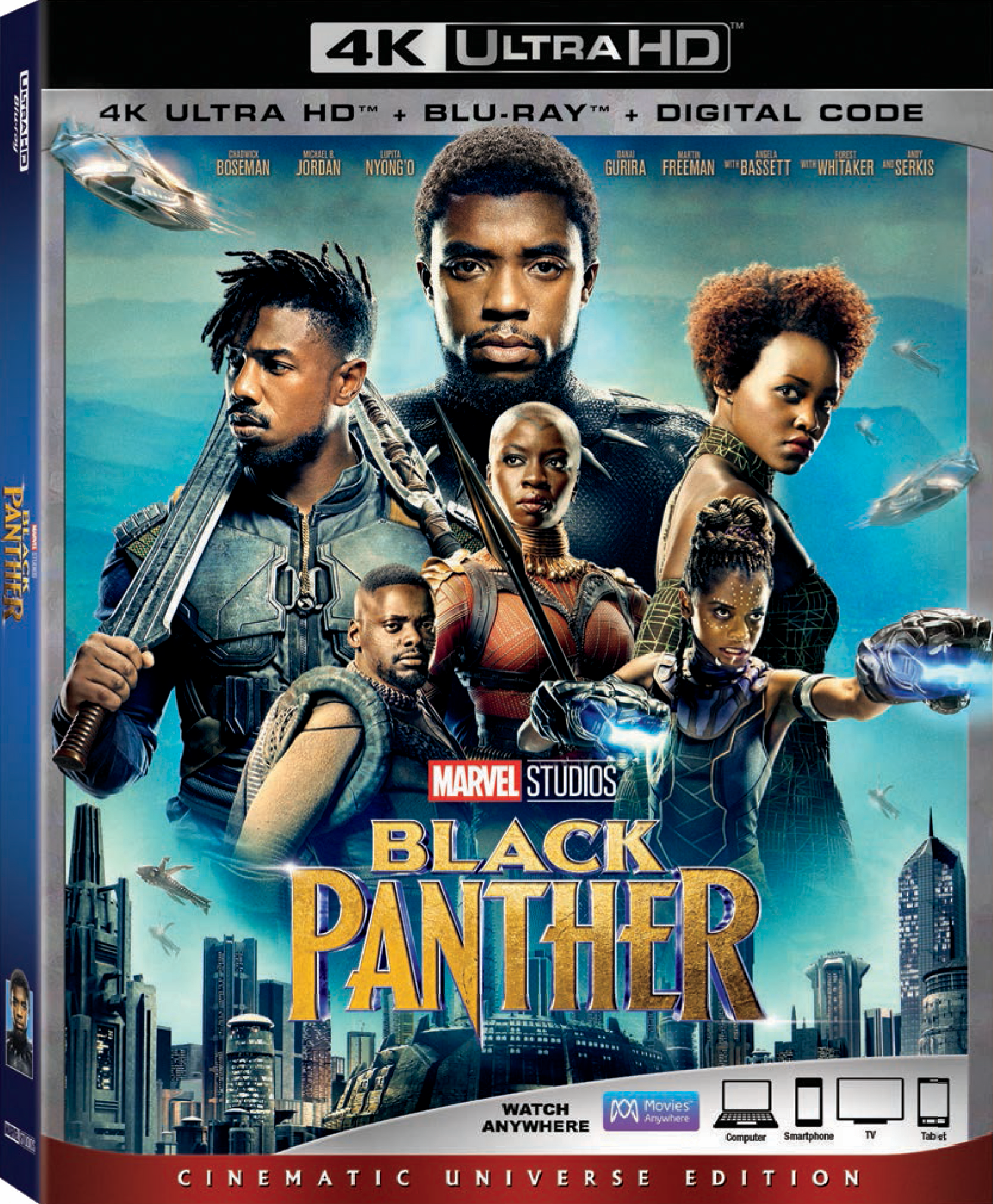 The action in “Black Panther” is intensified through a musical score by GRAMMY®-nominated composer Ludwig Göransson and soundtrack curated and produced by GRAMMY® Award-winning global superstar Kendrick Lamar and Billboard Magazine’s Executive of the Year Anthony “Top Dawg” Tiffith. “Black Panther: The Album” topped the Billboard 200 chart for five consecutive weeks and the end-credit track, “All The Stars,” featuring Lamar and SZA, spent nine weeks in the top 10 on Billboard’s Hot 100 chart.

BONUS MATERIAL (may vary by retailer):
Blu-ray:
Director’s Intro
From Page to Screen: A Roundtable Discussion – Delve into the film’s making
Crowning of a New King – Explore the world of “Black Panther” in all its color and complexity
The Warriors Within – Get to know Wakanda’s women and the actors who portray them
The Hidden Kingdom Revealed – Wakanda’s diverse people
Wakanda Revealed: Exploring the Technology
Deleted Scenes
U.N. Meet and Greet
Okoye And W’Kabi Discuss the Future of Wakanda
T’Challa Remembers His Father
Voices from the Past
Gag Reel
Exclusive Sneak Peek at “Ant-Man and The Wasp”
Marvel Studios the First Ten Years: Connecting the Universe
Director’s Commentary
Digital Exclusives:
In World Wakanda Tourism Ads
Come to Wakanda “Before”
Come to Wakanda “After”

Black Panther is packaged several ways to ensure fans get the most out of their in-home viewing experience. The Multiscreen Edition (formerly the Blu-ray Combo Pack) includes Blu-ray, and a Digital Copy, giving viewers the flexibility to watch the film on different devices. Those with 4K Ultra HD capability may opt for a 4K UHD Collector’s Edition, including 4K Ultra HD disc with Dolby Vision and Dolby Atmos, Blu-ray disc, and a digital copy (where available). Dolby Vision delivers greater brightness and contrast, as well as a fuller palette of rich colors. Dolby Atmos places and moves audio anywhere in the room, including overhead. Together on 4K Ultra HD Blu-ray disc, viewers will fully experience the sights and sounds of Wakanda.