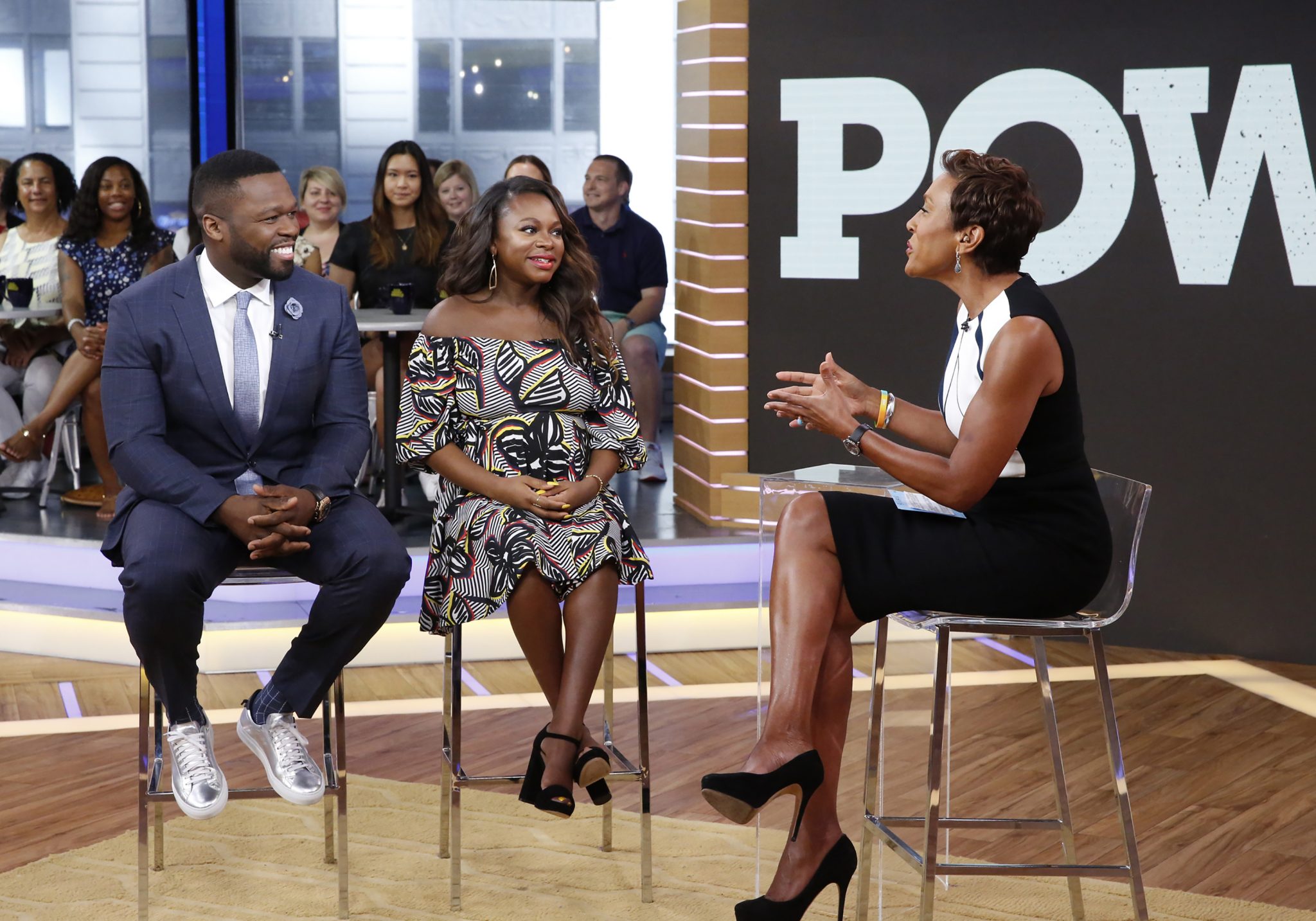 If you missed yesterdays early morning talk show, 50 Cent and Naturi Naughton made an appearance on Good Morning America. They were on to discuss their new season of Power! Here is one show that I have loved from the beginning. I don’t have STARZ but have it on an app and boy is it good! If you have never watched it, you have to check it out! Naturi looked so cute and is expecting her first child, the staff gifted her with a few graphic onesies that read, I LOVE Uncle 50, so adorable! Check out more images inside and the trailer from the new season….. 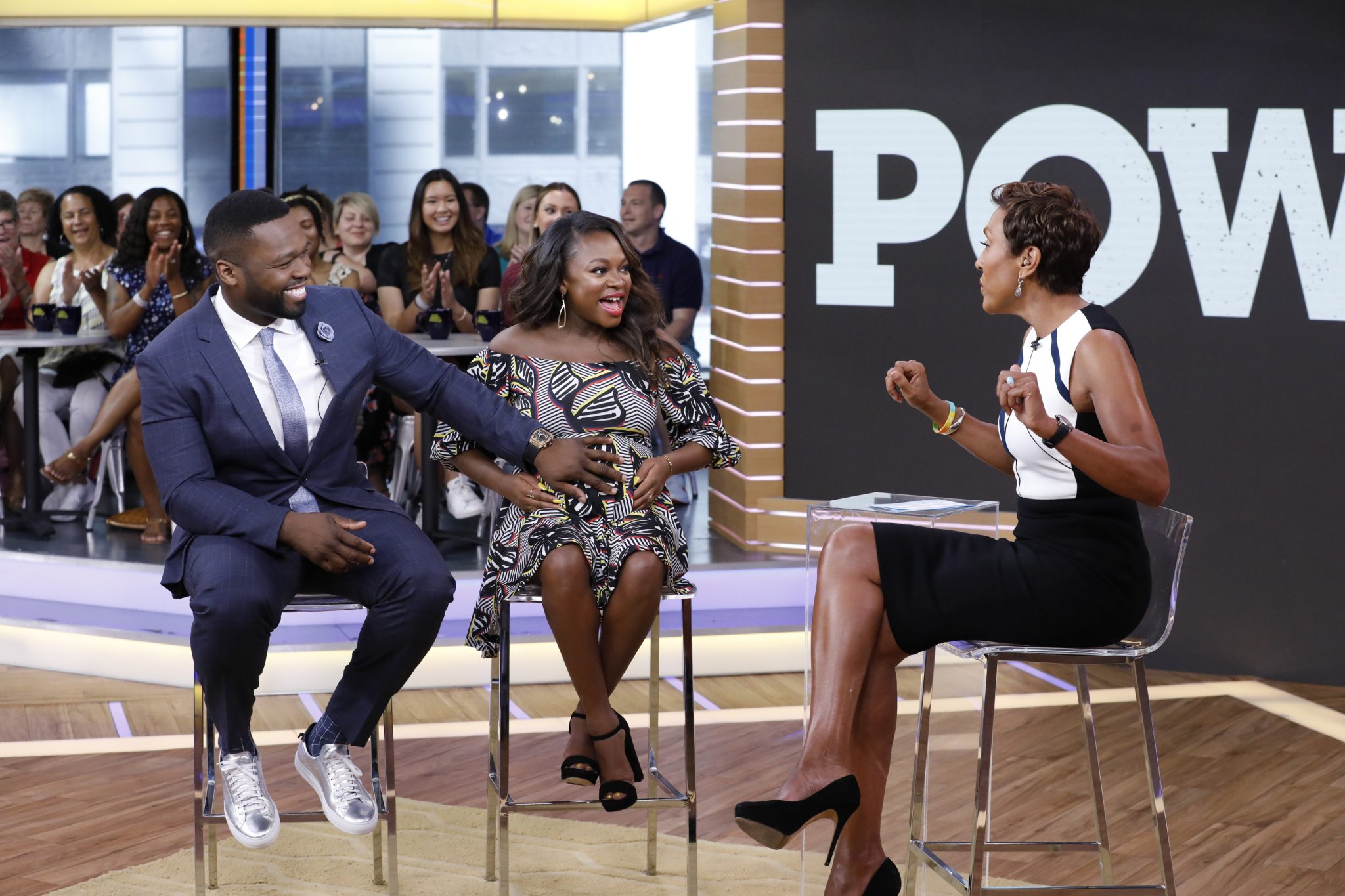 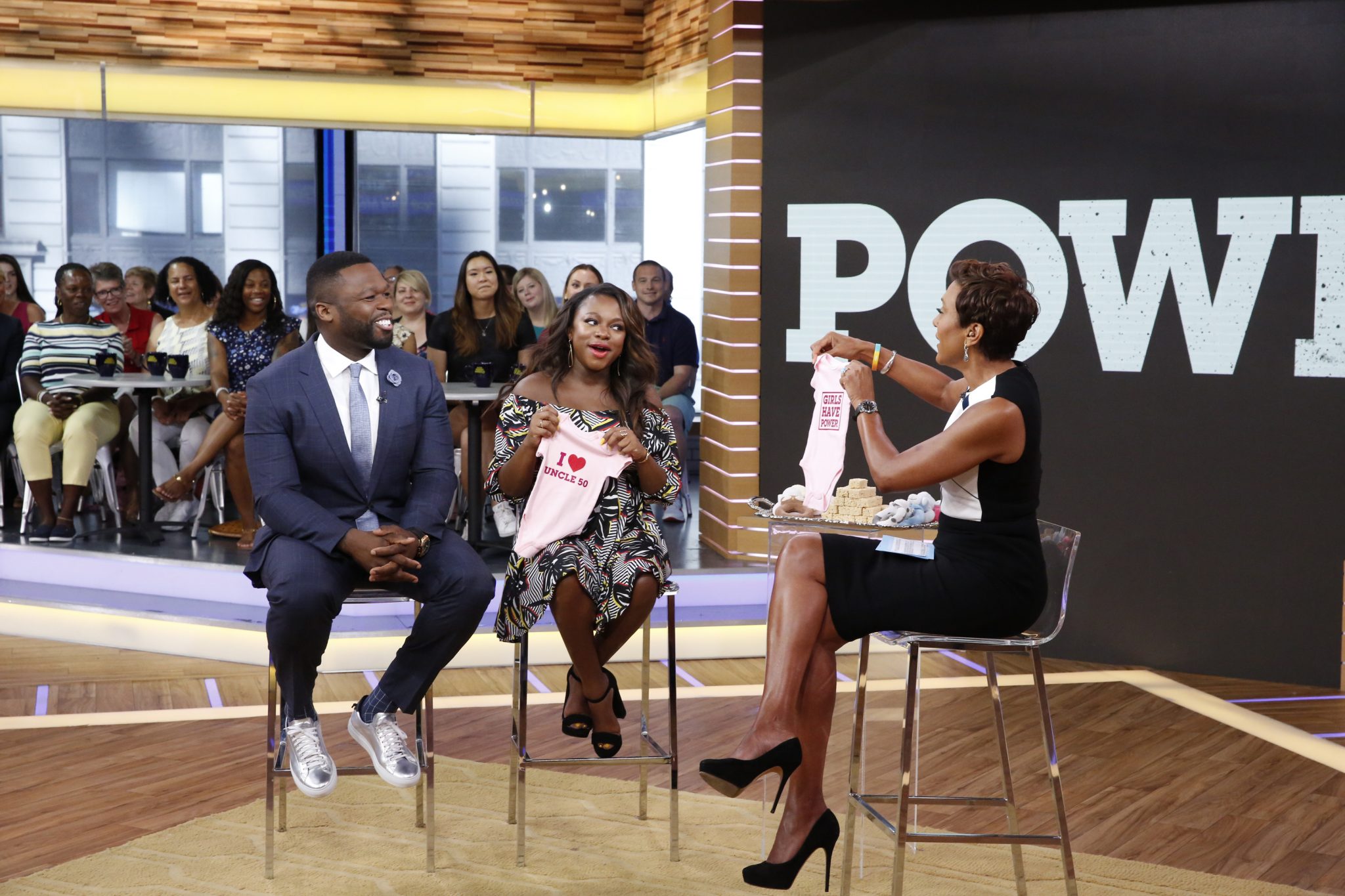 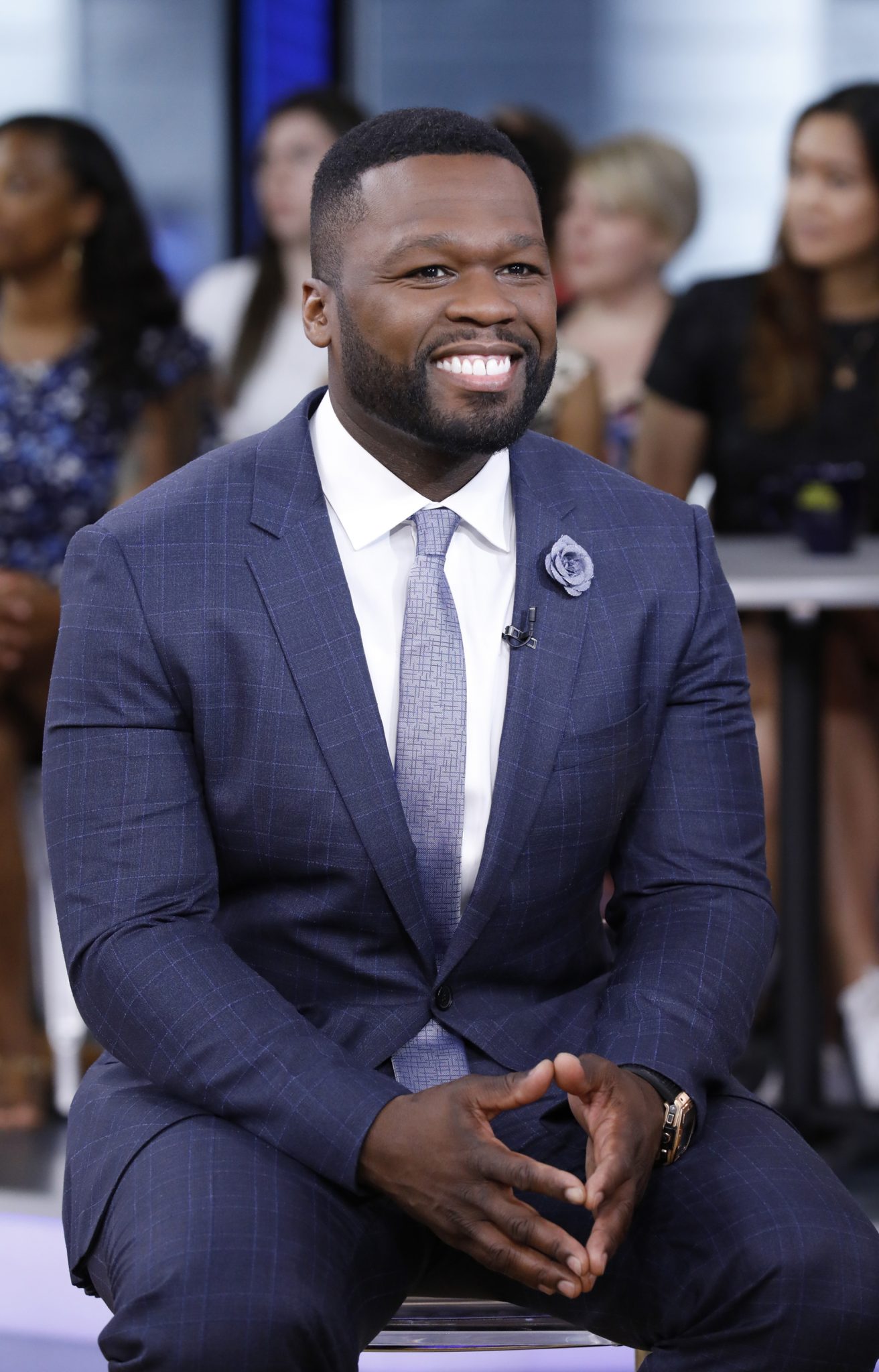 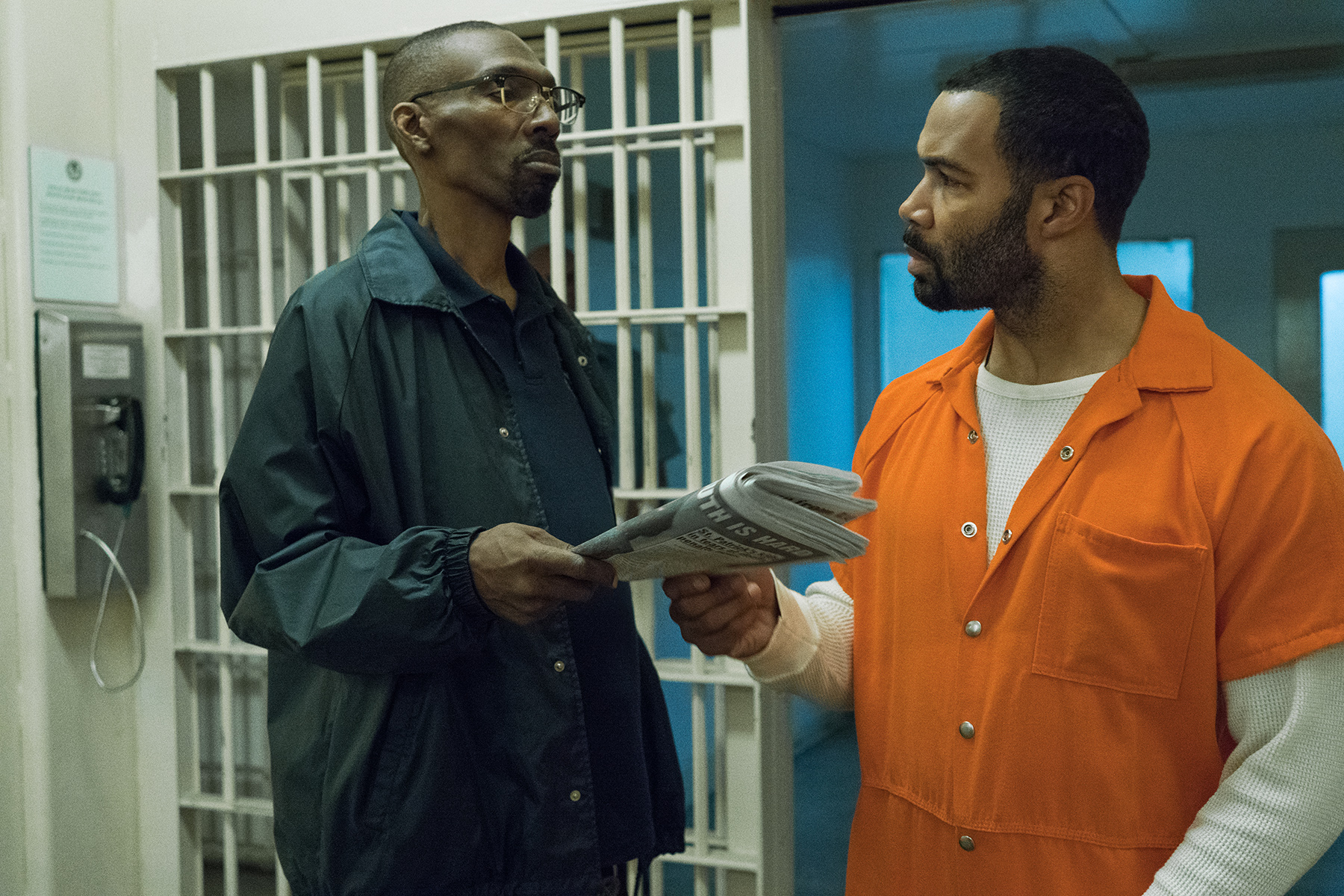 Executive Producer Curtis ‘50 Cent’ Jackson and show creator Courtney A. Kemp (“The Good Wife”) present the anticipated third season of the hit drama “Power,” steeped in the seductive nightlife of New York’s elite and the violent underworld of international drug cartels. Season 3 finds James St. Patrick as the owner of new nightclubs, out of the drug game, and in a rekindled relationship with his first love, Angela—the AUSA sworn to bring him to justice. But just as they begin to believe James’ past criminal persona of ‘Ghost’ may finally be behind them, both are forced to face the consequences of running from a life from which no one gets away clean. James’ estranged best friend Tommy has just reunited with his newly returned love, Holly, but he must attempt to not only rebuild Lobos’ devastated drug organization, but to kill Ghost—turning brother against brother. He’s on the verge of having everything he’s ever wanted, but will this new phase of James St. Patrick’s life end before it begins with old sins and the specter of ‘Ghost’ coming back to haunt him? Be careful what you wish for. 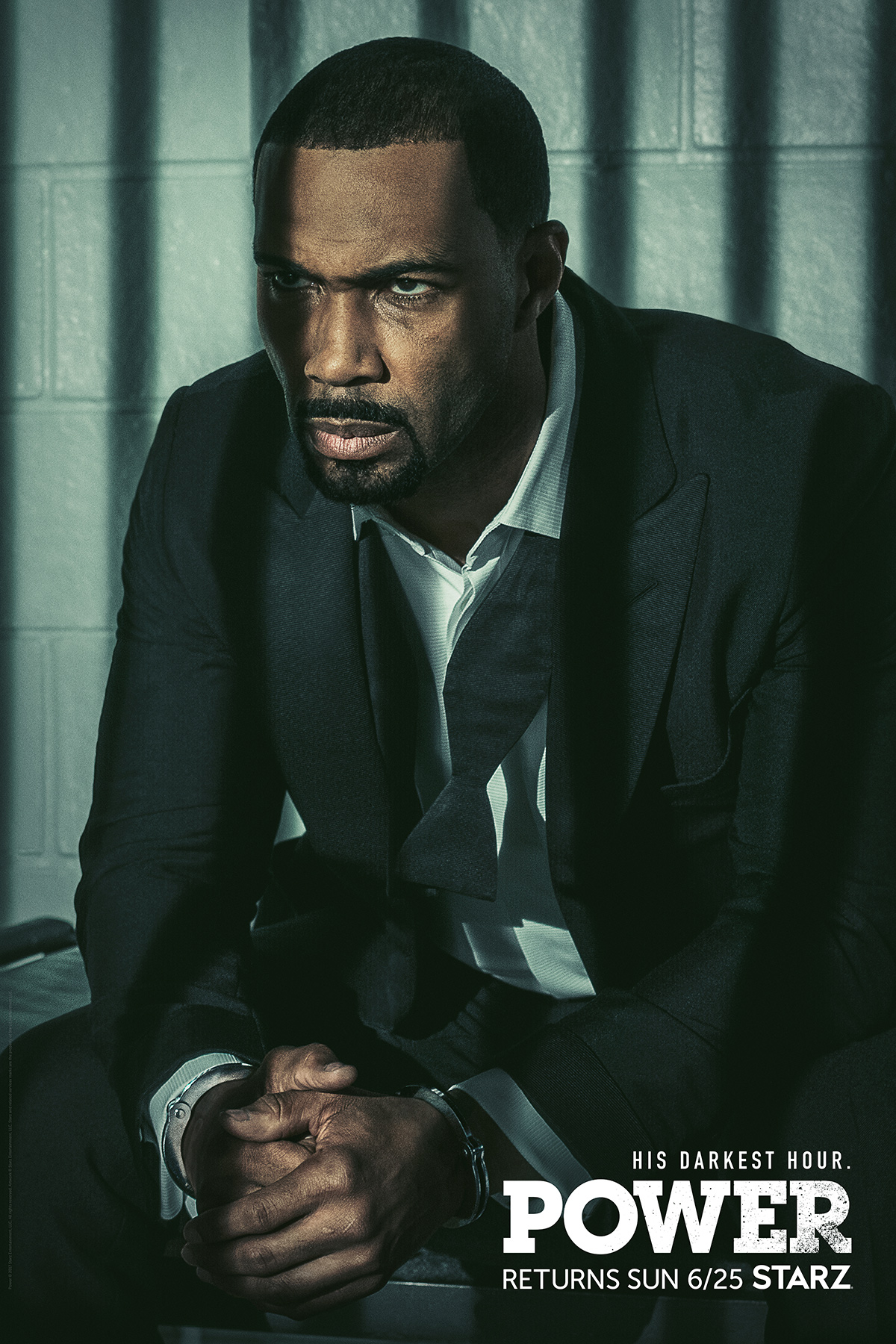