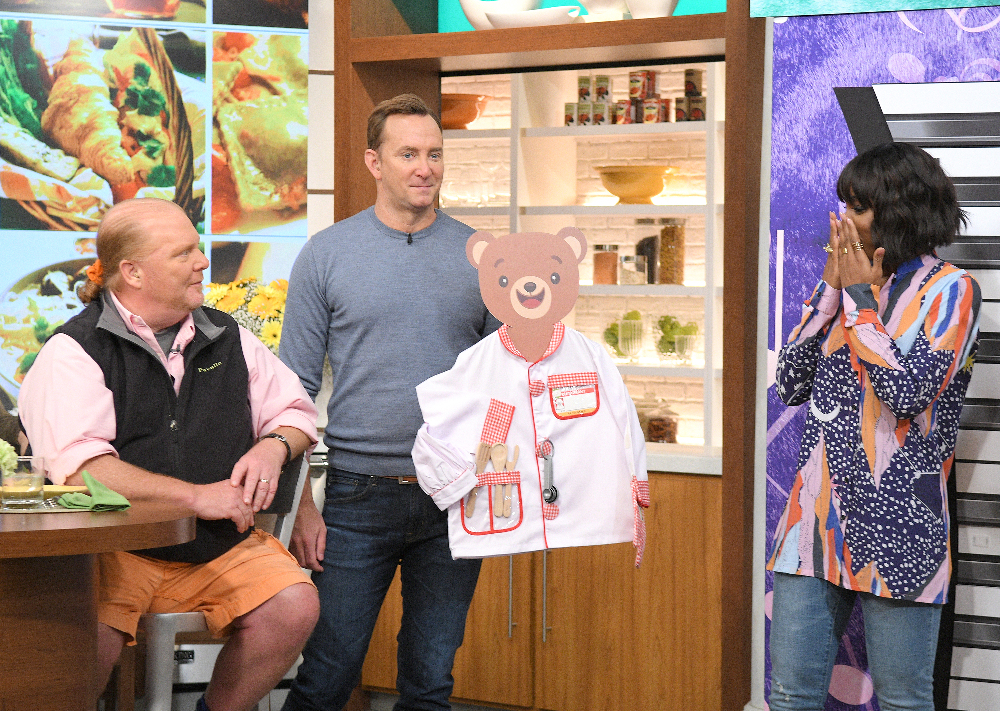 Today on The Chew, Kelly Rowland made an appearance to hang out with all the chefs and cook up a lil cuisine! I love this show and the set design, its so fun and cheerful! Kelly was on to ofcourse promote her new book, Whoa, Baby!: A Guide for New Moms Who Feel Overwhelmed and Freaked. They also gifted her with a chef coat for her son Titan, so adorable! Kelly is such a great role model to so many. Check out more pics inside…. 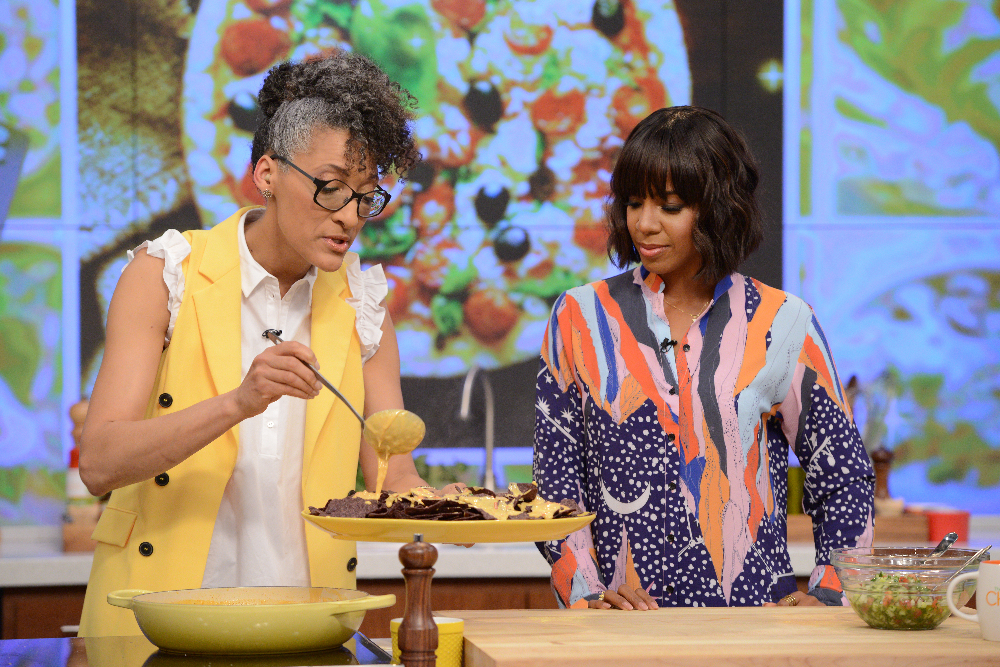 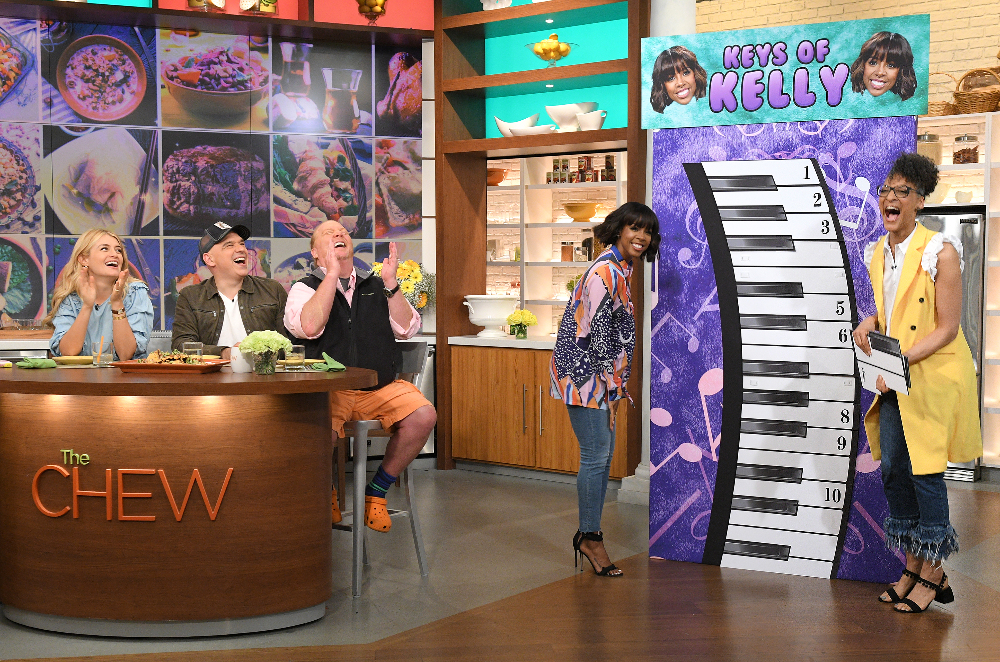 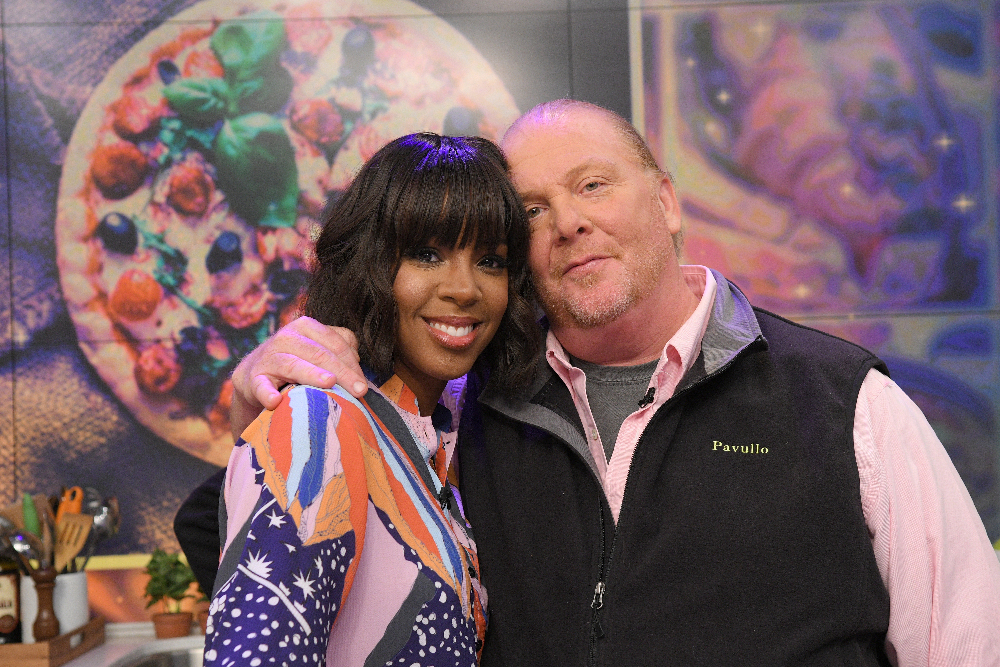 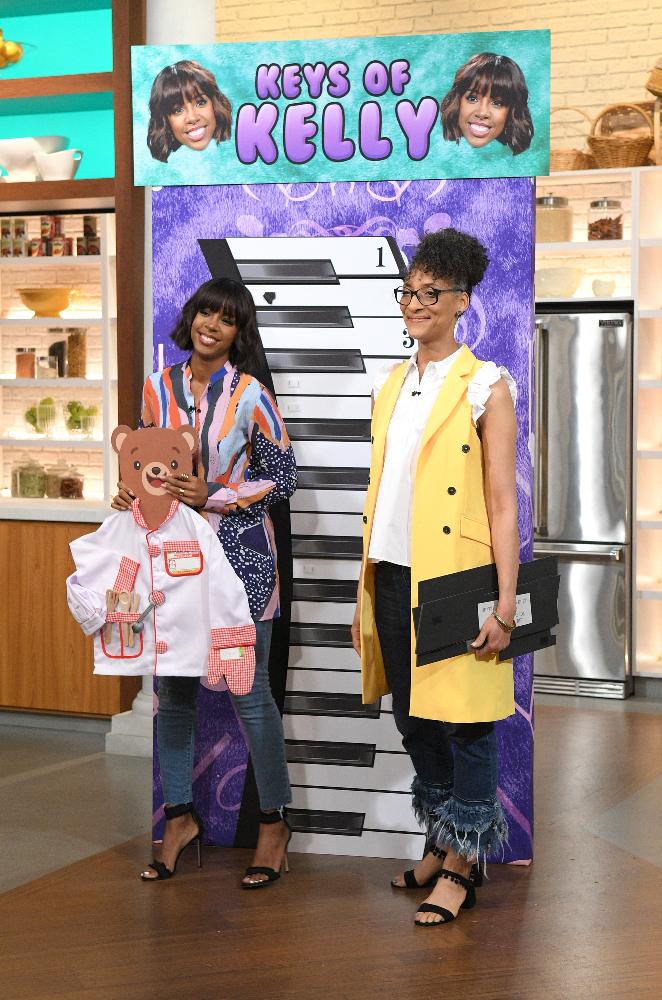 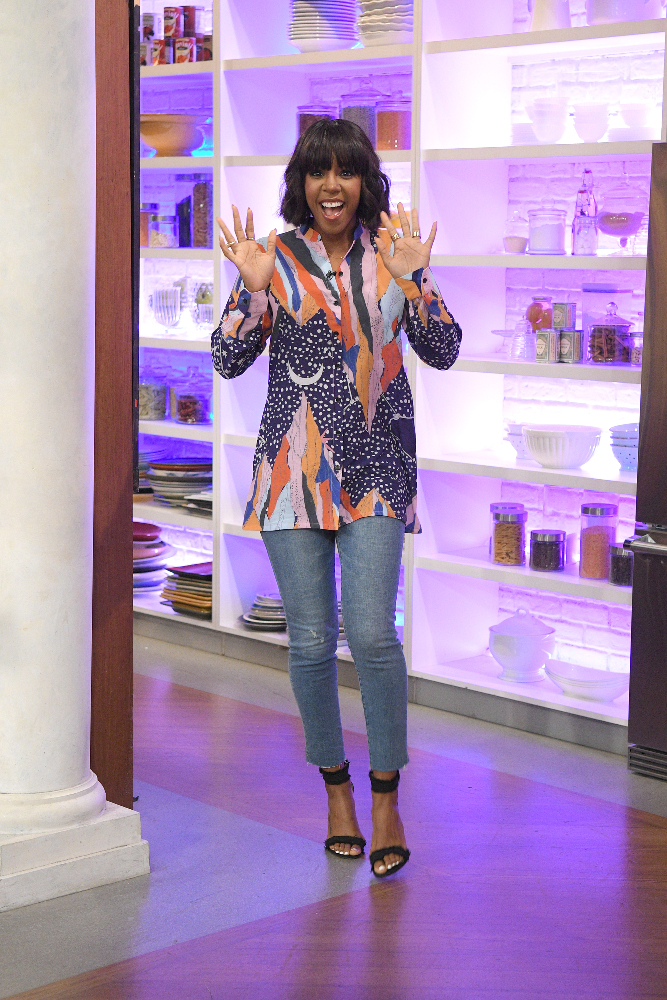