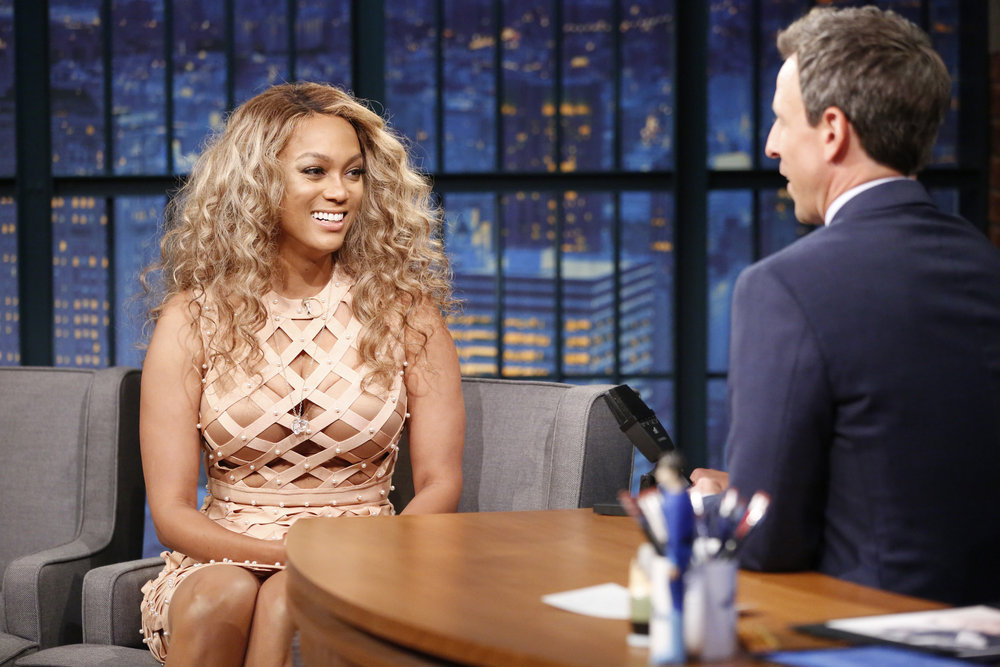 Model Tyra Banks made an appearance on LATE NIGHT WITH SETH MEYERS last night looking rather sexy! She talked about her son knowing how to “smize” and why she took so long time to post him on social media. She also promoted her show as the new host on America’s Got Talent. Her favorite performer so far is a singer named Yoli. She also talked about living in New York versus Los Angeles and missing eating BBQ at Daisy Mays in NYC…I feel yah girl! She will be returning to America’s Next Top Model too, I’m sure fans will love that.

Sidenote: You guys know I named my daughter after her when she was born lol. I was in labor and when she FINALLY came out and I looked at her I thought to myself, “hmm Hannah is just not cutting it” (the first name I had picked out) then suddenly, Tyra came on a Victoria’s Secret commercial in September 1997 and that was it! I liked it because it was short and simple, easy to spell and pronounce and plus I thought supermodel Tyra was very pretty. I finally met her last year during a press trip with Disney in their cafeteria and I approached her and told her so. She was very flattered to say the least and I showed her a picture of Tyra(Dootie). It was too funny! More pics inside and a video clip… 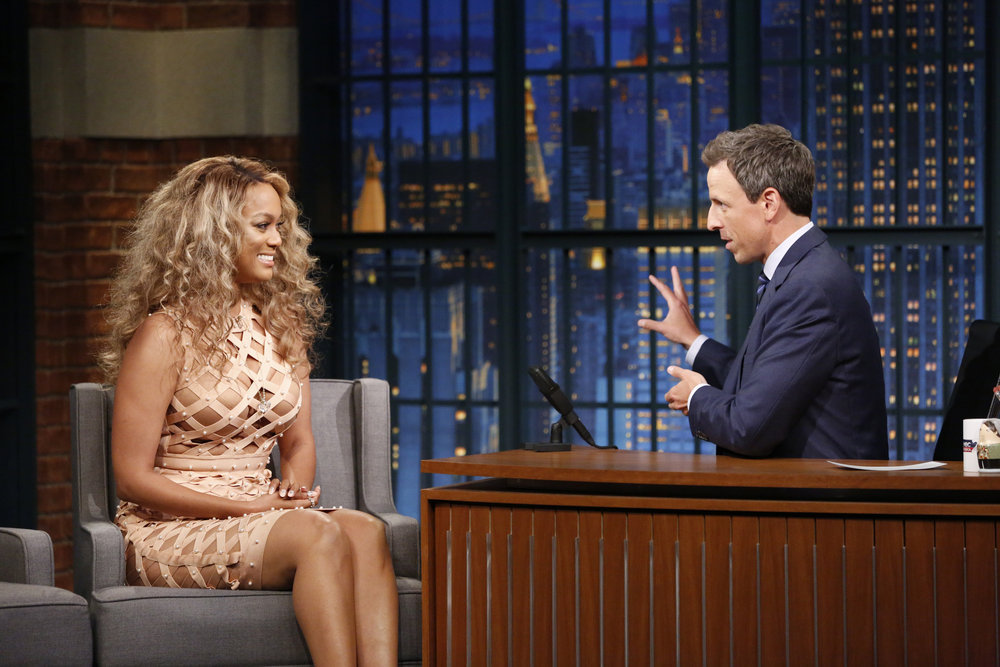 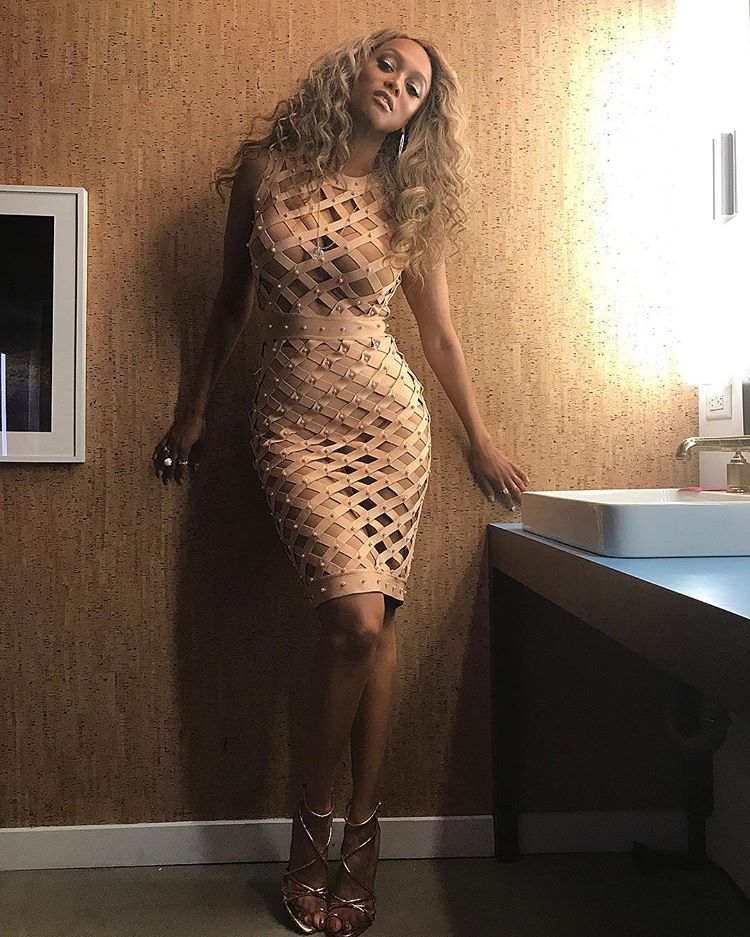 On the show, Tyra was wearing a House of CB caged dress 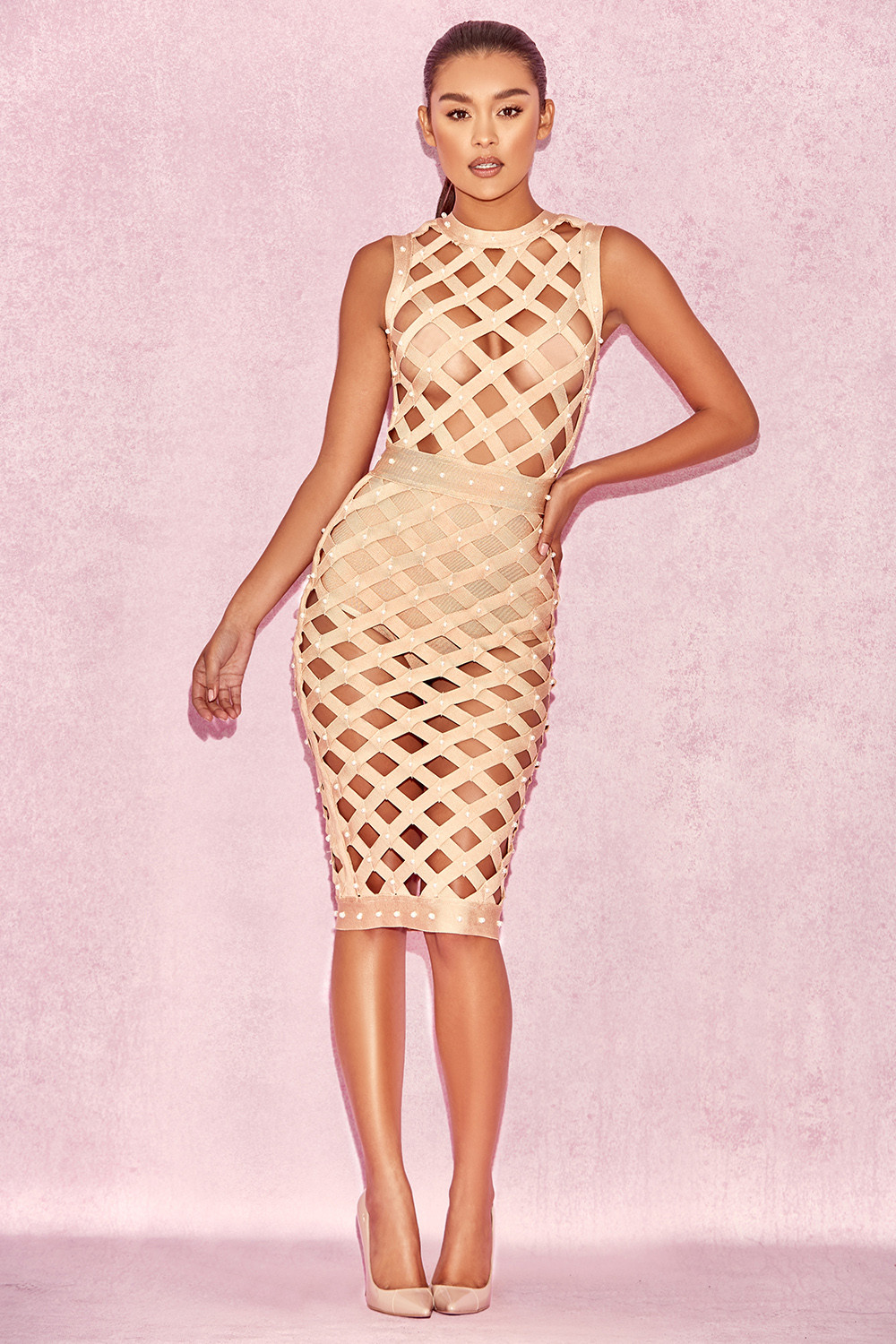