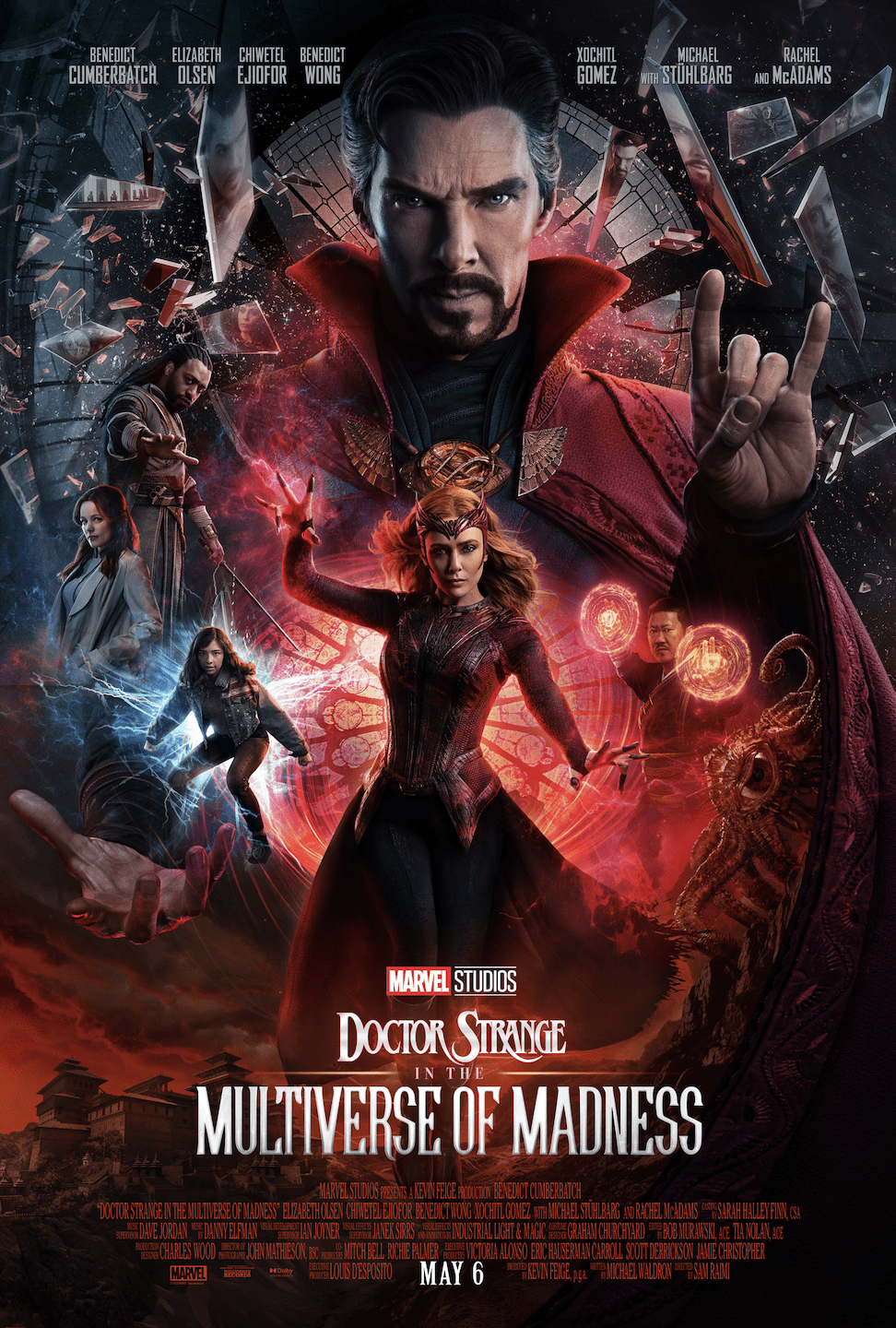 In Marvel Studios’ “Doctor Strange in the Multiverse of Madness,” the MCU unlocks the Multiverse and pushes its boundaries further than ever before. Journey into the unknown with Doctor Strange, who, with the help of mystical allies both old and new, traverses the mind-bending and dangerous alternate realitiesof the Multiverse to confront a mysterious new adversary.

The film is directed by Sam Raimi, and Kevin Feige is the producer. Louis D’Esposito, Victoria Alonso, Eric Hauserman Carroll, Scott Derrickson and Jamie Christopher serve as executive producers. The screenplay was written by Michael Waldron.