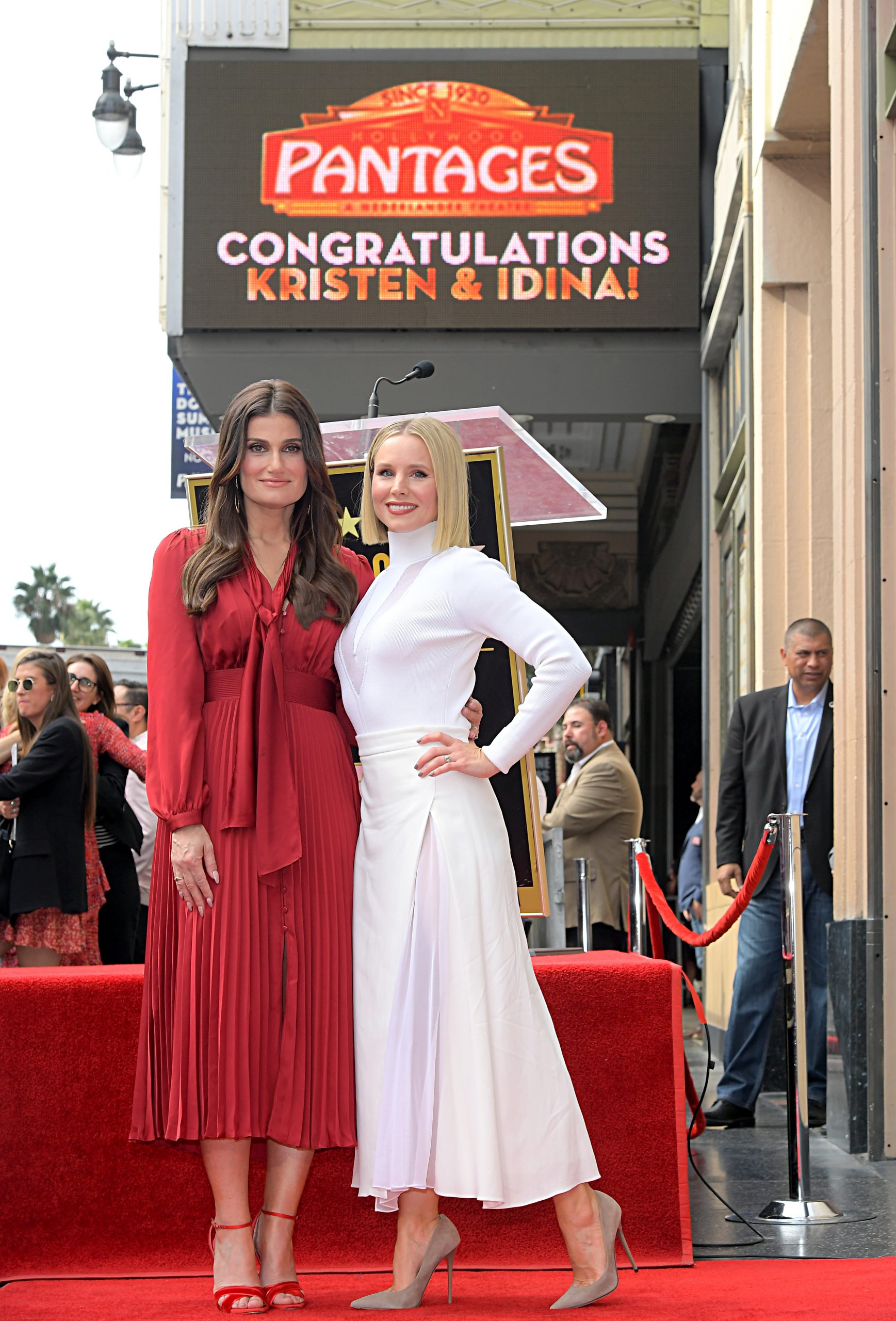 As Walt Disney Animation Studios’ “Frozen 2” approaches its opening this Friday, Nov. 22, Kristen Bell and Idina Menzel—the actresses who help bring Anna and Elsa to life in the movie—were honored today with stars on the Hollywood Walk of Fame. Their stars—the 2681st and 2682nd, in the category of motion pictures and live theatre/performance, respectively—are located in front of Hollywood’s historic Pantages Theatre at 6225 Hollywood Boulevard near the famous corner of Hollywood and Vine. 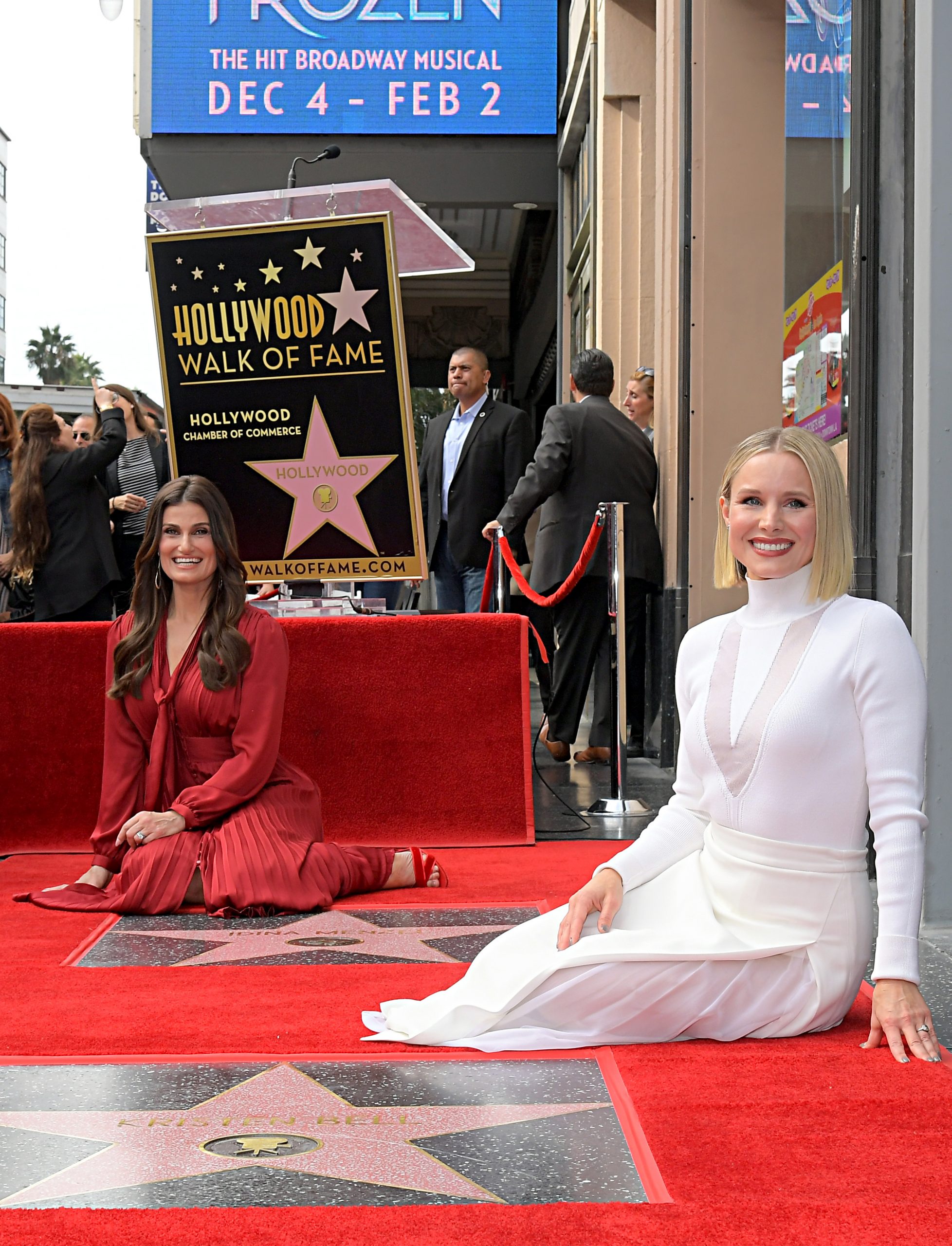 The event was hosted by the Hollywood Chamber of Commerce and emceed by Rana Ghadban, president and CEO of the chamber. Helping to honor Bell were actress/musician Jackie Tohn, and creator of “The Good Place” Michael Schur. Singing Menzel’s praises were Alan Horn, co-chairman and chief creative officer for The Walt Disney Studios, and Josh Gad, who provides the voice of Olaf in “Frozen” and “Frozen 2.” Los Angeles Mayor Eric Garcetti presented certificates to Bell and Menzel, thanking them on behalf of the people of Los Angeles. 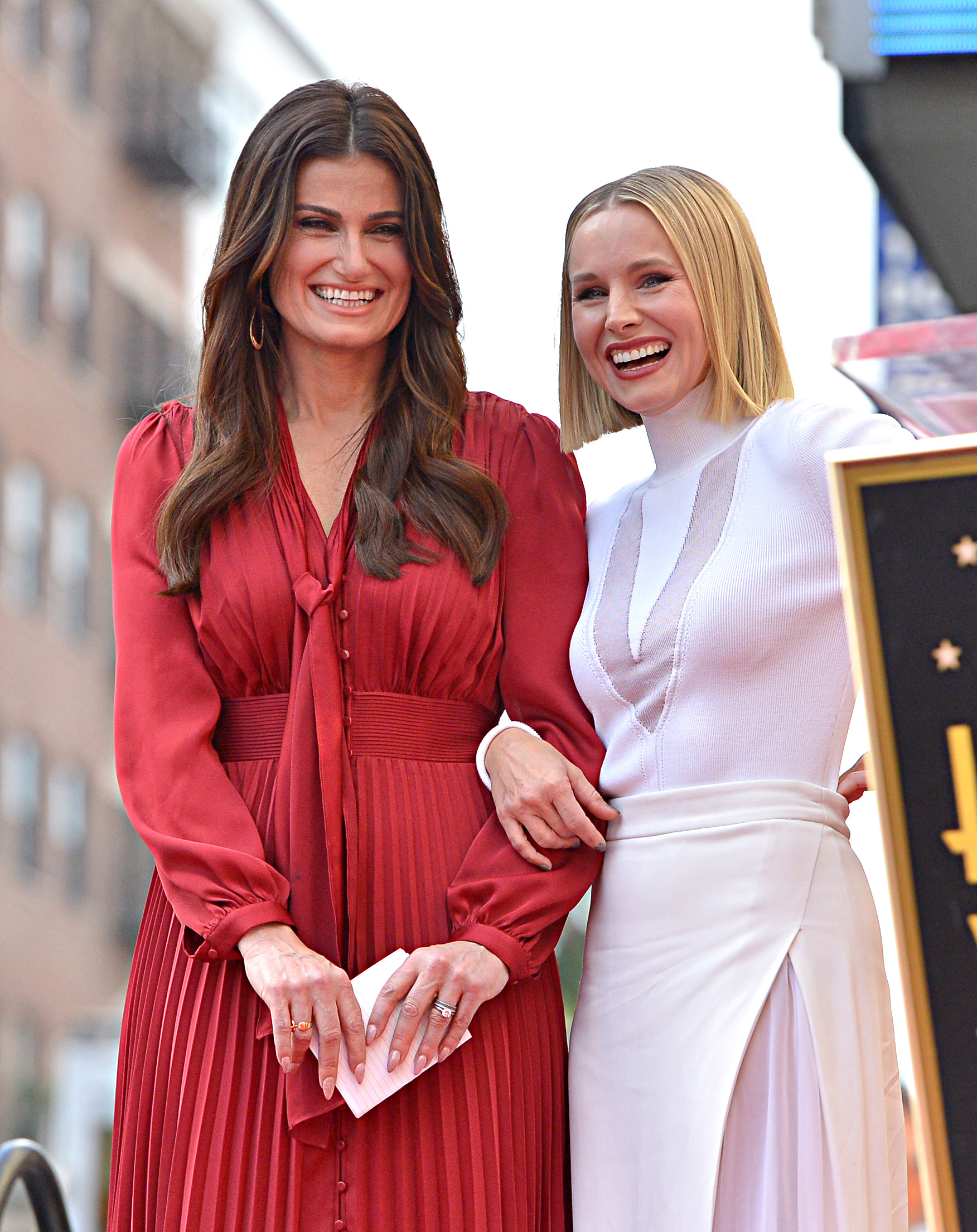 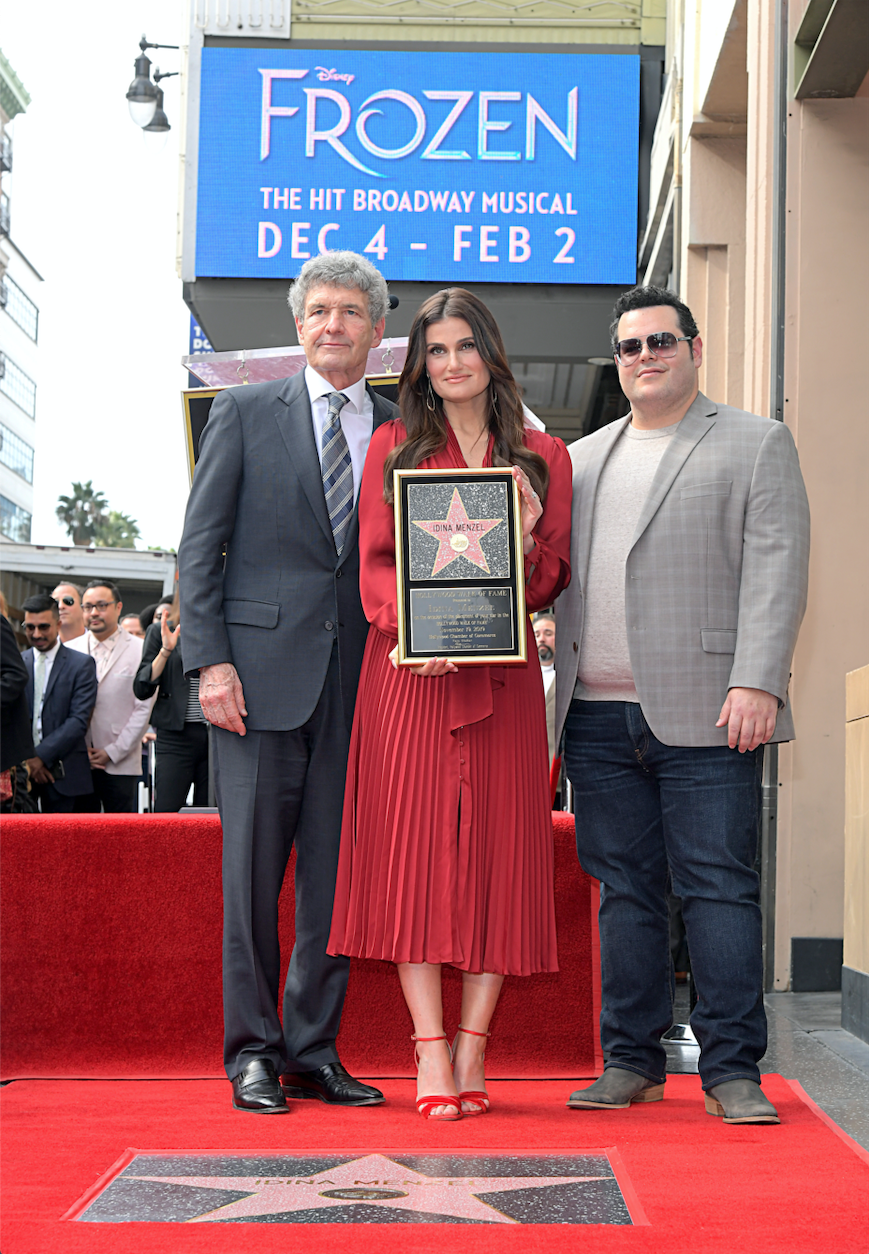 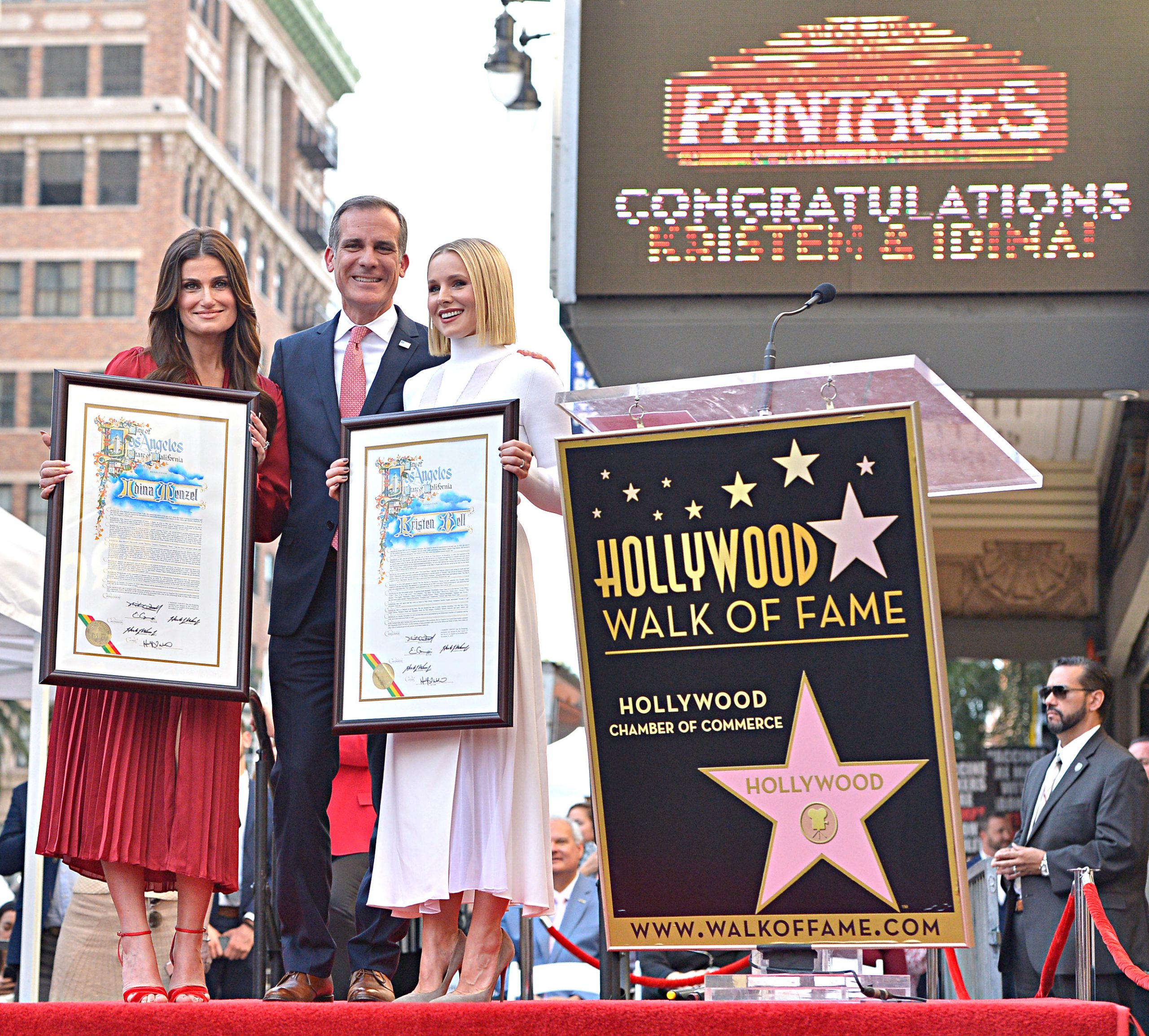 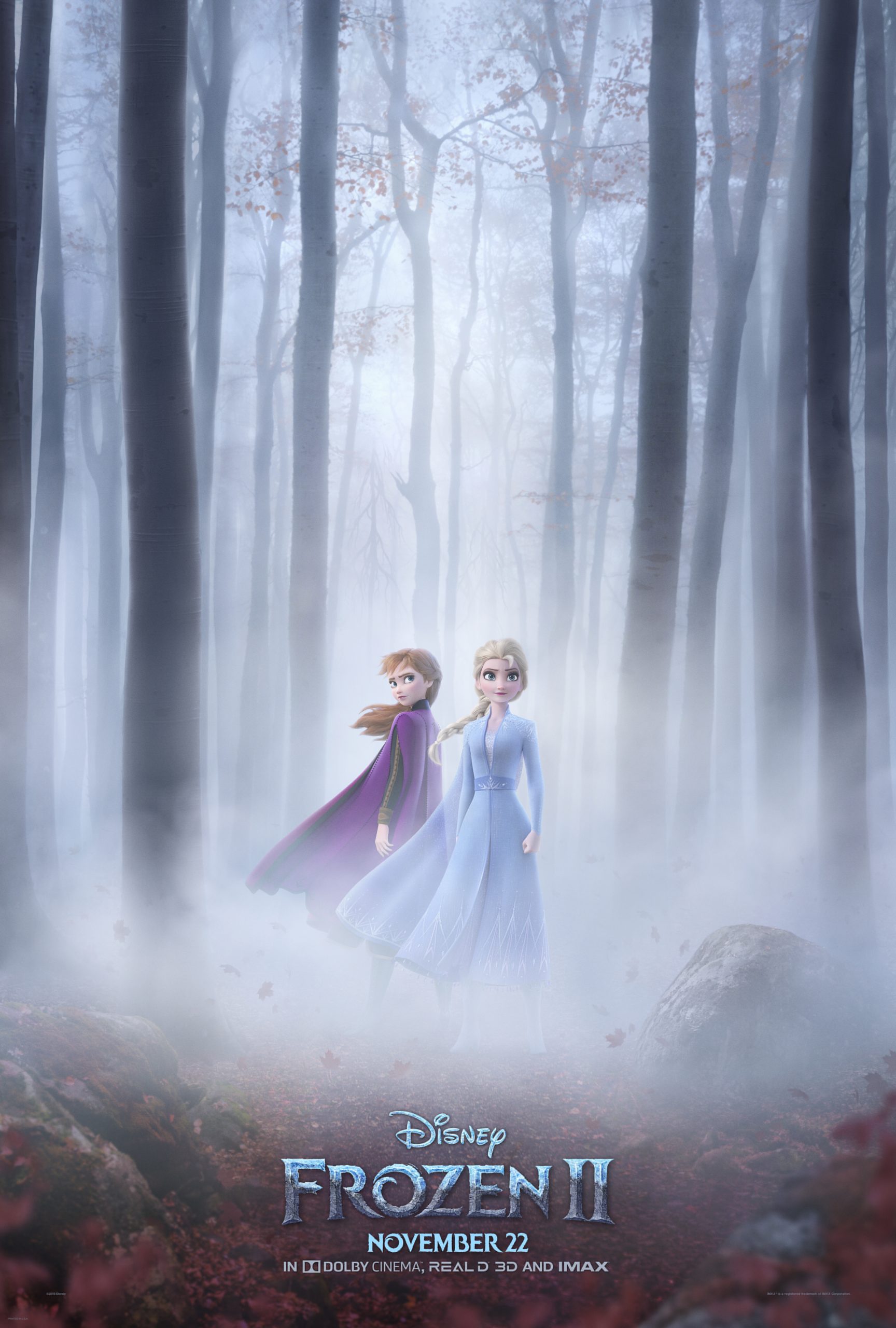