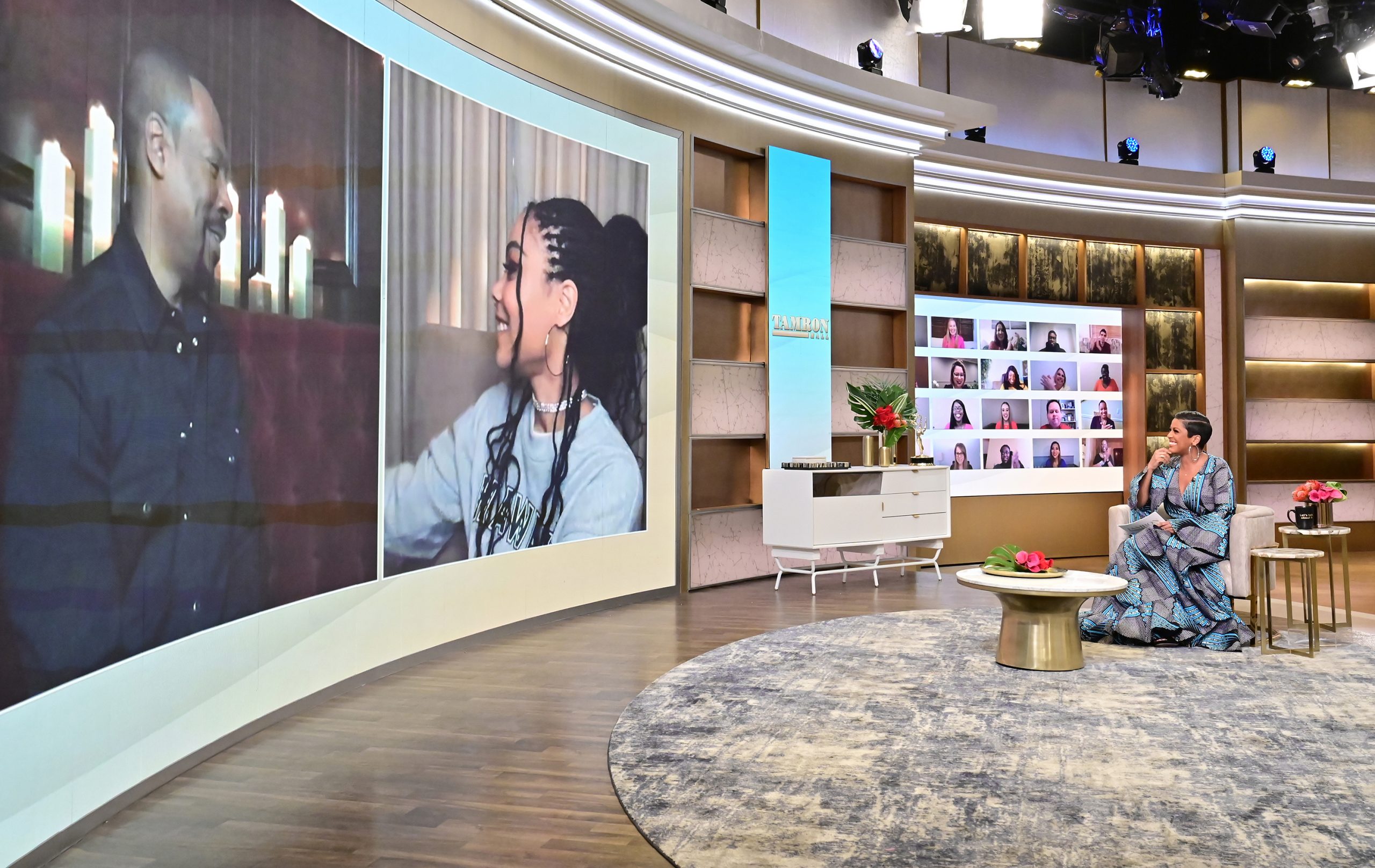 Award-winning comedian and actor Eddie Murphy and his daughter Bella will join the Thursday, March 11 edition of “Tamron Hall” to discuss the highly anticipated sequel, “Coming 2 America,” sharing what the experience of working together for the first time meant to them. During the interview, Eddie gushes about his daughter’s passion and skill for acting and Bella explains why the original film, “Coming To America”  had such an impact on her as a young child. Eddie also shares his plans to return to stand-up comedy following the pandemic and why he’s decided not to release a new album in decades. Additionally, Eddie comments that he would consider hosting a future Academy Awards ceremony. Check out a video clip and what Eddie had to say about returning to do stand-up comedy inside…. 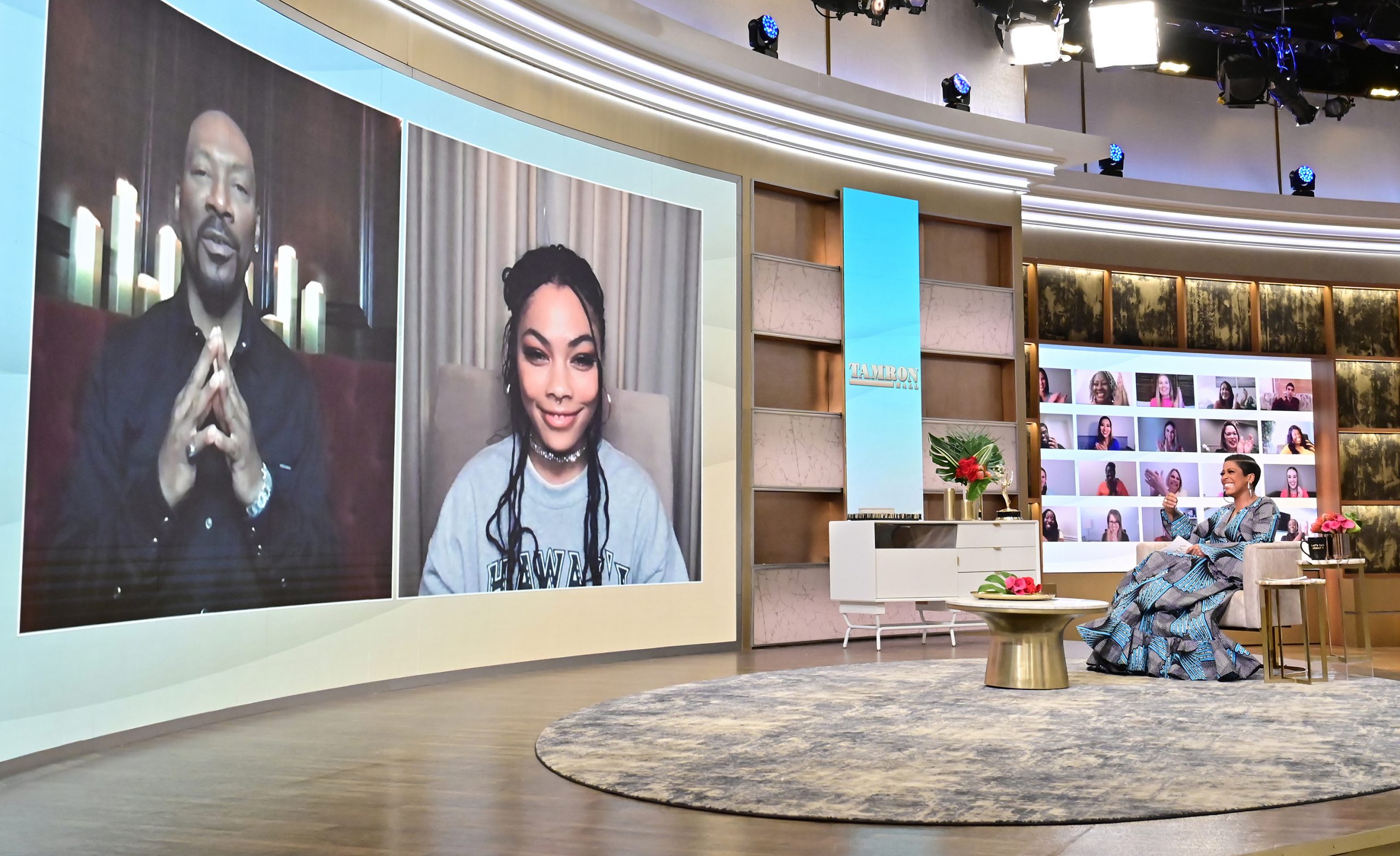 Eddie on why he decided to move forward with “Coming 2 America” 30 years after the original film’s release:

“We worked on the script for four years because I knew that the film had become this cult movie and I knew that there were some fans of the picture that were like ‘Don’t do it. Don’t mess it up.’ That kind of energy was out there. So it was like I’m not doing this unless it’s absolutely, positively right.”

Bella on watching the original “Coming To America” as a young girl:

“It’s really cool. It’s amazing because, like you were saying, that’s the first time I’ve ever seen Black royalty on screen. So to see my dad like that was super empowering, especially at such a young age.”

Bella on her father allowing her to audition for the role at the age of 17:

“I didn’t think I originally was going to be in the film because we’re not allowed to [audition] until we’re 18, but I originally asked to be an extra…And then, you know, I’ve been acting on my own and my dad’s seen that and I guess he just saw how passionate I really was about it and then told me I could audition for the Princess [Omma] if I wanted to.”

Eddie on the pride he feels watching his daughter in the role:

“To be on the set with her, and to be working with her and have her doing an amazing job, you can’t even put it into words what that’s like to have your baby at work with you.”

Eddie on how COVID-19 affected his planned return to stand-up comedy:

“As soon as the world gets back to normal, and people can be around people and we can do shows and stuff again, I want to go back out and do that again. I was like trying to take it all full circle, I was having so much fun just being on the couch doing nothing, I was like ‘You know what? I could sit on this couch forever, I don’t have to get up off this couch.’ But I didn’t want to leave it, you know, the last couple of movies that I did were kind of sh*tty movies. I was like, ‘Let me get up and do something funny in case I sit on this couch forever, I left it on a high note. So let’s do some full circle stuff.’”

Eddie on why he hasn’t released a full album in decades:

“I stopped putting music out, but I still do music all the time…That’s kind of like, young folks do that.” He added, “The Rolling Stones ain’t putting no records out, they’re playing their old tracks. Nobody wants to hear the Rolling Stones’ new sh*t.”

Eddie on if he would be open to collaborating with a hit artist like Megan Thee Stallion:

Eddie on if he would ever consider hosting the Academy Awards:

“Not this year, but maybe one day, yeah. It’s an honor to do that, and I would love to do it one day.” In regard to this year’s ceremony taking place on April 25, he added, “I can’t do anything in April, I literally haven’t left my yard since March because of this lockdown and the pandemic stuff, I’m real serious with it. I haven’t done anything. When the pandemic is over and the world looks like it’s getting back to normal and we can get back to doing normal things.”