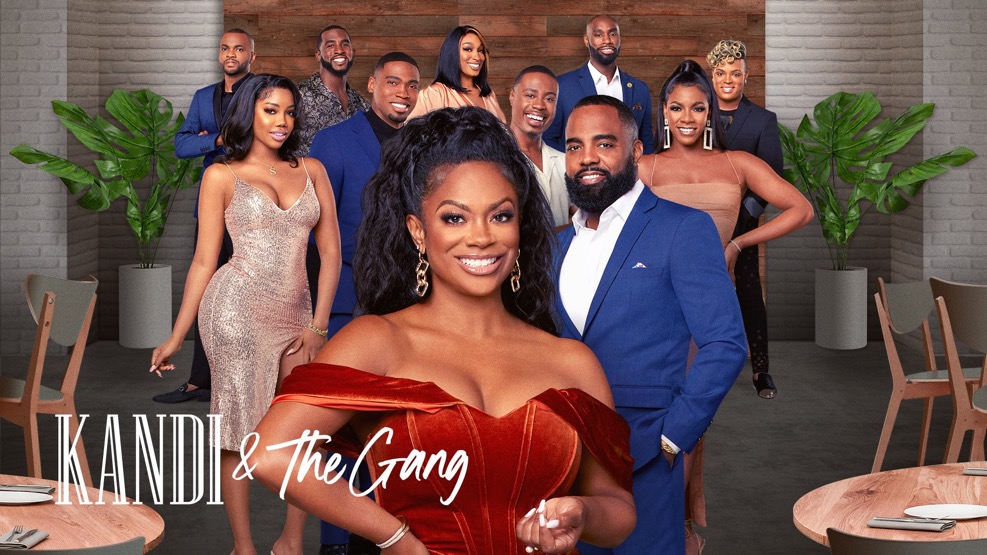 Bravo’s newest series follows the heart and soul behind the Atlanta restaurant Old Lady Gang (“OLG”) when “Kandi’ & The Gang” premieres on Sunday March 6 at 9pm. In the heart of the city, Kandi Burruss and Todd Tucker run an ever-evolving restaurant empire. Their Southern-eatery, OLG, named after the ‘Old Lady Gang’ consisting of Kandi’s mom, Mama Joyce, and Aunts Nora and Bertha, is busier than ever. The restaurant has been a fan-favorite with lines down the block and classic Southern dishes, but peeling back the curtains on this family-owned and operated restaurant reveals that mixing business and relatives can sometimes create a recipe for tension. Meet the cast and see the trailer inside… 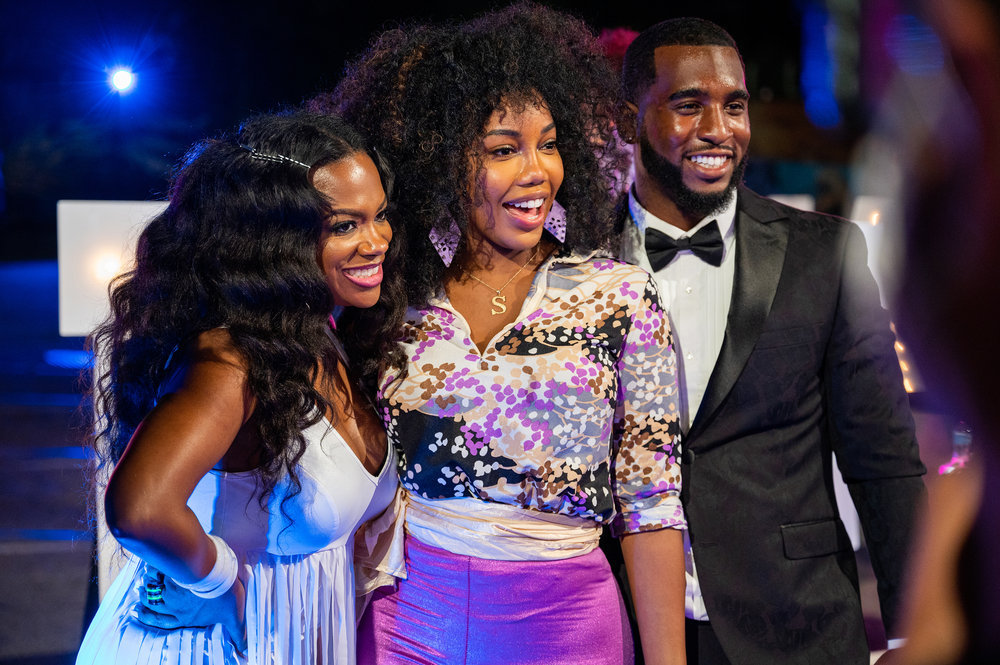 For Kandi and Todd, OLG is not just a turn-up, good-time, neighborhood restaurant; it’s a business venture that allows them to employ loved ones, as long as they can keep the family in line! After focusing on building their restaurant empire over the past few years, Kandi and Todd jump in with a plan for strong leadership and a staff shakeup to bring the original OLG back to its former glory.

Namesakes of the restaurant, the “Old Lady Gang” work at OLG and keep a watchful eye over the staff’s lives. Kandi’s mom, Mama Joyce, is the life of the party with all the tea, Aunt Nora is feisty but loving, and Aunt Bertha is the side-eye queen of Atlanta! The ladies are strong, opinionated, and speak their mind.

DonJuan is Kandi’s right-hand man and oversees all of Kandi and Todd’s business ventures. As Kandi’s eyes and ears, he runs the operations for all her businesses as their general manager – which often puts him in the position to mediate between staff members. At the restaurant, DonJuan is ready to shift the culture from laid-back to buttoned-up.

An Atlanta native, Phillip has a long history developing restaurants. He was introduced to Kandi and Todd a few years ago, and began consulting at Blaze Steak & Seafood, the Burruss-Tuckers’ upscale restaurant across town. After his successful tenure there, Phillip moved to OLG guns “Blaze”-ing to get the staff back on track. Phillip tries to set a new tone at OLG, but the staff isn’t as receptive to his straightforward and polished ways as expected.

Shawndreca is the first, and self-proclaimed original, hostess at OLG. She can be salty with a sharp tongue that occasionally gets her in trouble with management. Shawndreca has been known to run a minute or two late to her shifts, so Kandi and Todd bring in another host to help get things back on track. Outside of OLG – Shawndreca’s love life has a complicated tie to the restaurant because of her past entanglement with OLG valet owner, Patrick.

Dom’Unique is the self-proclaimed “day one” bartender at OLG and dancer who has performed with Kandi on the “Welcome to the Dungeon” Tour and even with thee hot girl, Megan Thee Stallion. Her dreams of dancing professionally are her #1 priority, sometimes at the expense of her shifts at the restaurant. Dom’s close with her workplace besties, Torin and Shawndreca, and her budding flirtationship with a co-worker is becoming the talk of OLG.

Torin previously worked at OLG as a manager, but with his event planning and interior decorating side hustle, he was spread too thin at the restaurant and left to run his events business full time. Torin has always wanted to see OLG succeed, and with his strong work ethic and commitment to going above and beyond, Kandi and Todd have invited him back as the resident events manager.

An Atlanta transplant from Queens, NY, Brandon is the manager at OLG. Even though Brandon may be known as the workplace flirt, he is responsible for overseeing the staff, their ever-changing schedules and handling any issues that arise. Now that Phillip has stepped in to get the restaurant back on track, Brandon needs to maintain his professionalism with co-workers-turned-flings.

Patrick is Kandi’s cousin and Aunt Bertha’s grandson. In the middle of the family business, he manages the OLG parking lot behind the restaurant and even has a few side hustles, from real estate to an all-natural luxury body essentials line. Despite his past as OLG’s resident ladies’ man, Patrick is smitten with his girlfriend, Safari Foxe, who is less than pleased to see Patrick and Shawndreca still crossing paths.

Brian is the head-ex bartender at OLG who’s back as a server. Ever the entertainer, Brian makes everyone laugh at their tables and on stage where he performs stand-up comedy. Outside of the restaurant, Brian launched his own business and he’s eager to integrate his specialty food items onto the menu at OLG.

Melvin has strong familial ties to OLG – he’s tight with Kandi, his grandmother, Bertha, and Cousin Patrick. At the restaurant, he’s the kitchen manager, responsible for keeping everything and everyone running according to plan. Melvin is a hard worker, but after running into a few issues, Todd has some concerns about the kitchen. Has Melvin been delt a difficult hand at the restaurant or will Kandi and Todd have to part ways with a family member for the greater good of OLG?

Rashard “Shardo” has been finessing the host stand across town at Blaze and is now lending a hand at OLG to spice up the front of the restaurant. Rashard dresses to impress both on and off the job. He’s bringing his class, elegance, and professionalism to OLG with the hope that it will rub off on certain coworkers. 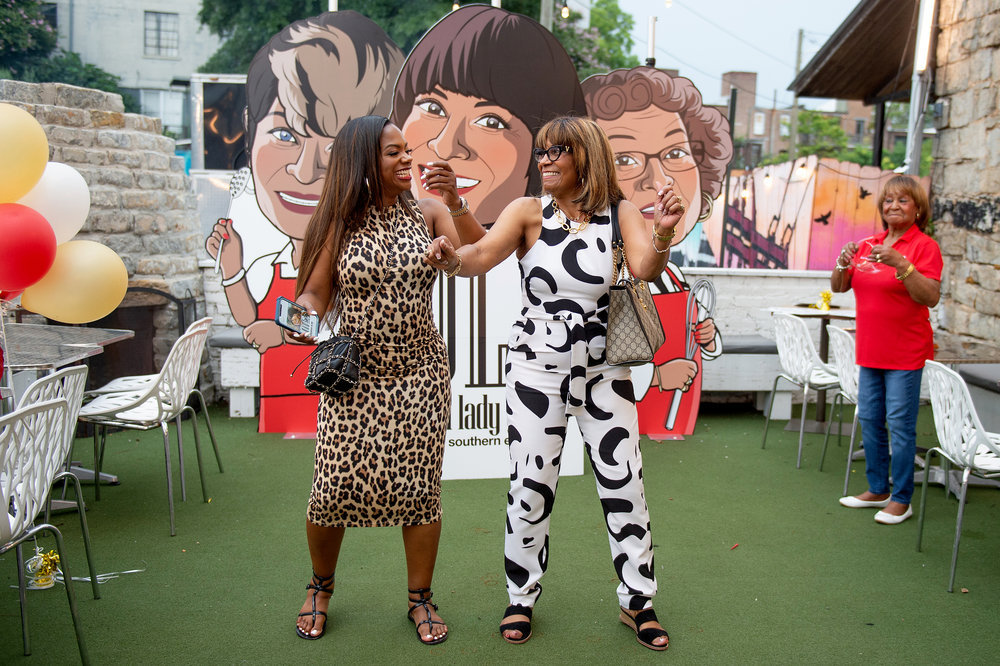 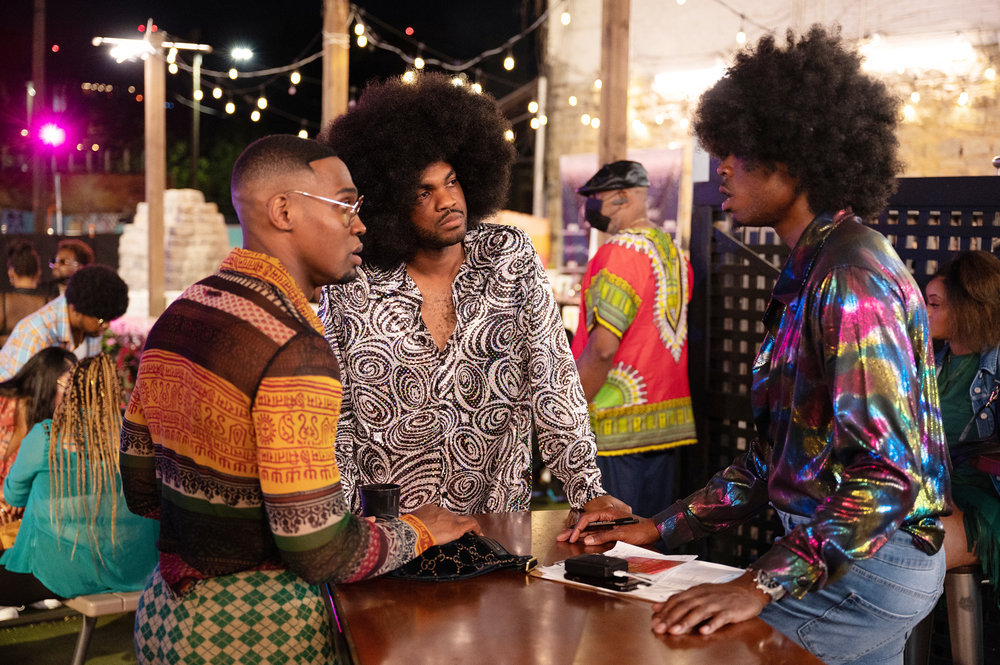