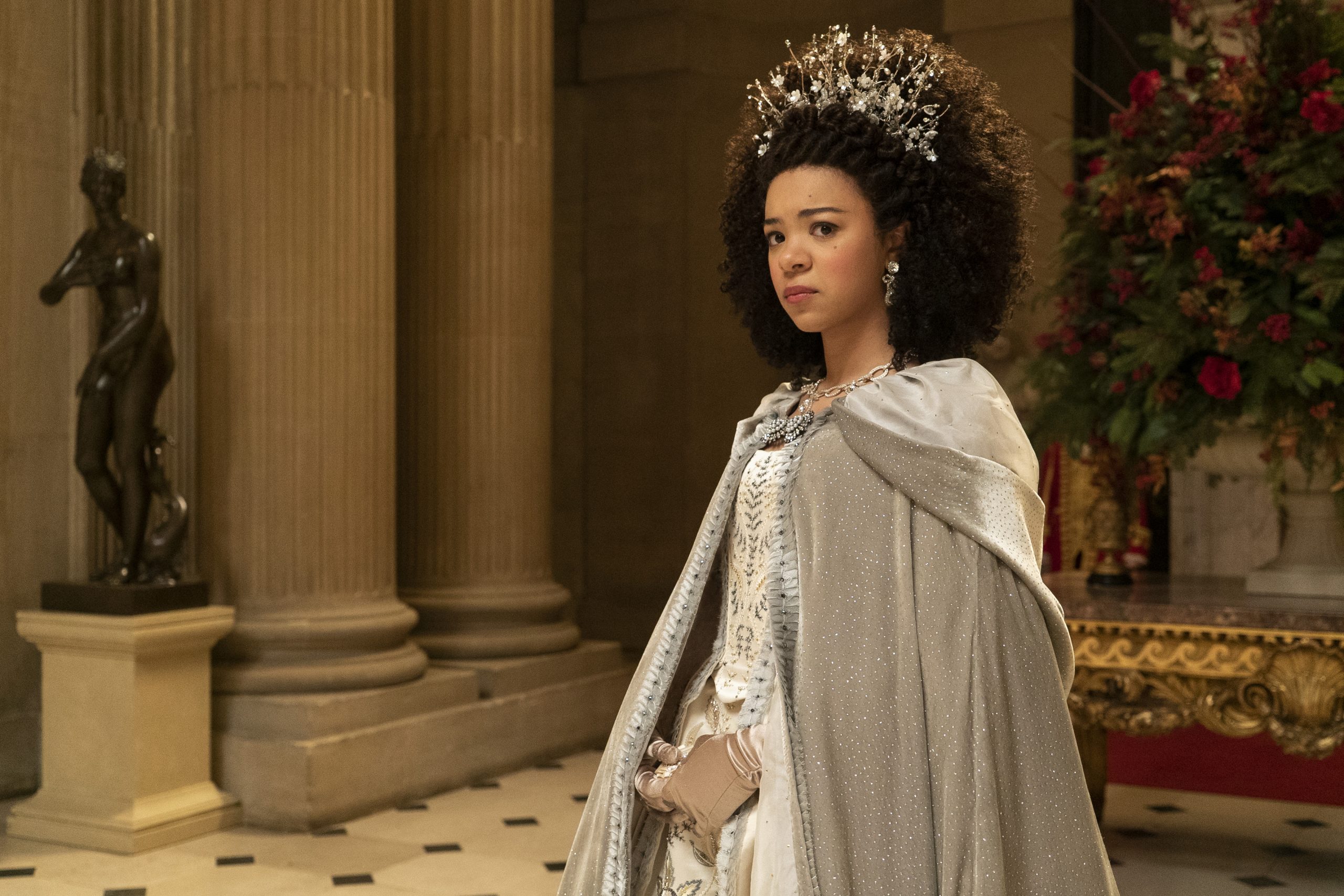 Netflix and Shondaland today revealed the first look photo and official title for Shonda Rhimes’ Queen Charlotte: A Bridgerton Story – the upcoming limited series, a Bridgerton-verse prequel centered on Queen Charlotte’s rise to prominence and power. The news was revealed in a preview clip from tomorrow’s Tudum fan event where the series will be featured and more surprises are in store. See a clip from the show inside…

Centered on Queen Charlotte’s rise to prominence and power, this Bridgerton-verse prequel tells the story of how the young Queen’s marriage to King George sparked both a great love story and a societal shift, creating the world of the Ton inherited by the characters in Bridgerton.

Tudum: A Netflix Global Fan Event is an exciting day of exclusive news, never-before-seen footage, trailers, and first looks, as well as interviews with Netflix’s biggest stars and creators. The free virtual event is a celebration of Netflix fandom and is dedicated to sharing the scoop on over 100 fan-favorite shows, films, and specials from across the globe. On September 24, Tudum will span four continents with five events, taking fans on a whirlwind trip around the world:

At 10 am PT, Tudum kicks off as a two-part show with Part 1 out of the United States and Europe, and Part 2 at 11:30 am PT out of Latin America, including surprises from other countries.

At 1:00 pm JST September 25 (9:00 pm PT September 24), our stars from Japan will close out Tudum with a celebration of our Japanese entertainment.