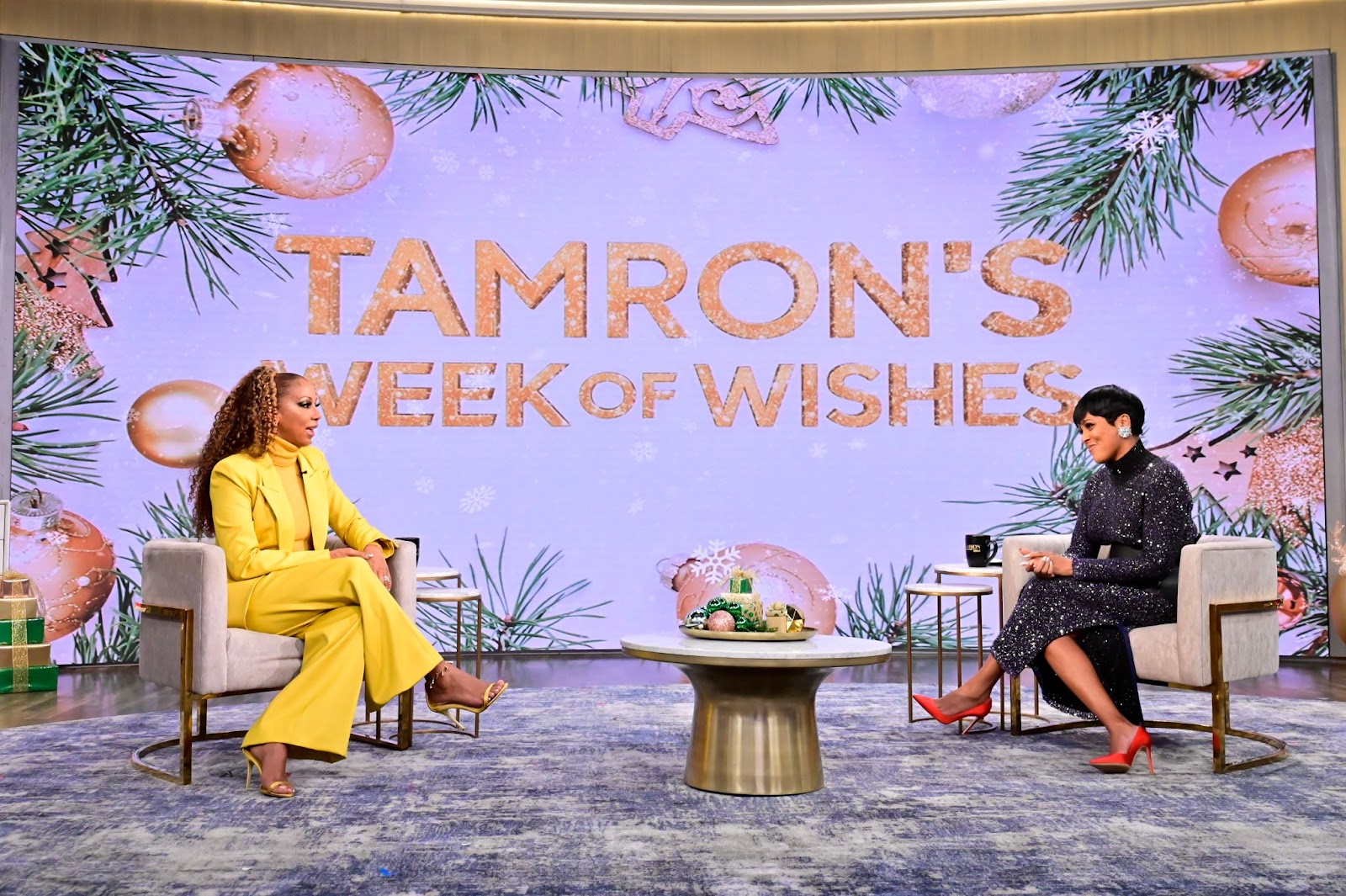 On the Thursday, December 16 edition of “Tamron Hall,” actress Holly Robinson Peete returned to the show to discuss her new Hallmark movie “Our Christmas Journey” and why it was a priority for her to tell the story of a family living with a child on the spectrum given her son RJ’s autism diagnosis. Robinson Peete also spoke about her father, who was the original Gordon on “Sesame Street” and how his mission for diversity and inclusion in storytelling influenced this specific project. More inside….

“He’s the first actor with autism to actually portray, in a movie, a character with autism. Very often, we see tremendous actors and ‘The Good Doctor,’ ‘Atypical’ and others portraying characters on the spectrum, but they don’t have autism, right? And that’s fine, but we need representation and this young man Nik Sanchez, when he fell into our lap, it was like ‘Okay, now we can make this movie.’” She continued “And it was just a dream come true and really a bucket list moment for me as an actor, or content creator and autism advocate. It was like, yes, yes, yes.”

Robinson Peete on what makes “Our Christmas Journey” a unique and important story to tell:

“It doesn’t just tell the story of a young man with autism and his journey – ‘Our Christmas Journey’ – but also talks about how autism affects the entire family. And that’s what I wanted to tell, that story I wanted to tell. And the actual fictional place where we’re taking Marcus is called Hope Hills in the movie, but it’s based on a place called the Center for Discovery, which is upstate New York, where young people with autism, young adults can go learn independence and thrive. And so we’re hoping that might encourage more of that. But in the end, it was about inclusion and acceptance and I think we did that and I’m so happy and proud that Hallmark Channel said ‘yes, let’s make this movie.’”

Robinson Peete on her father and his role on the original “Sesame Street”:

“My father was the original Gordon on ‘Sesame Street.’ Some of y’all might not be old enough to remember him. But he pioneered an amazing iconic show, which you know, has been on for over 50 years. And it was about education and diversity and inclusion and now fast forward all these years later, you know, they have a character with autism, Julia. So I just feel like it’s just all come full circle and I’m proud to be forwarding inclusion and education in any way I can.”