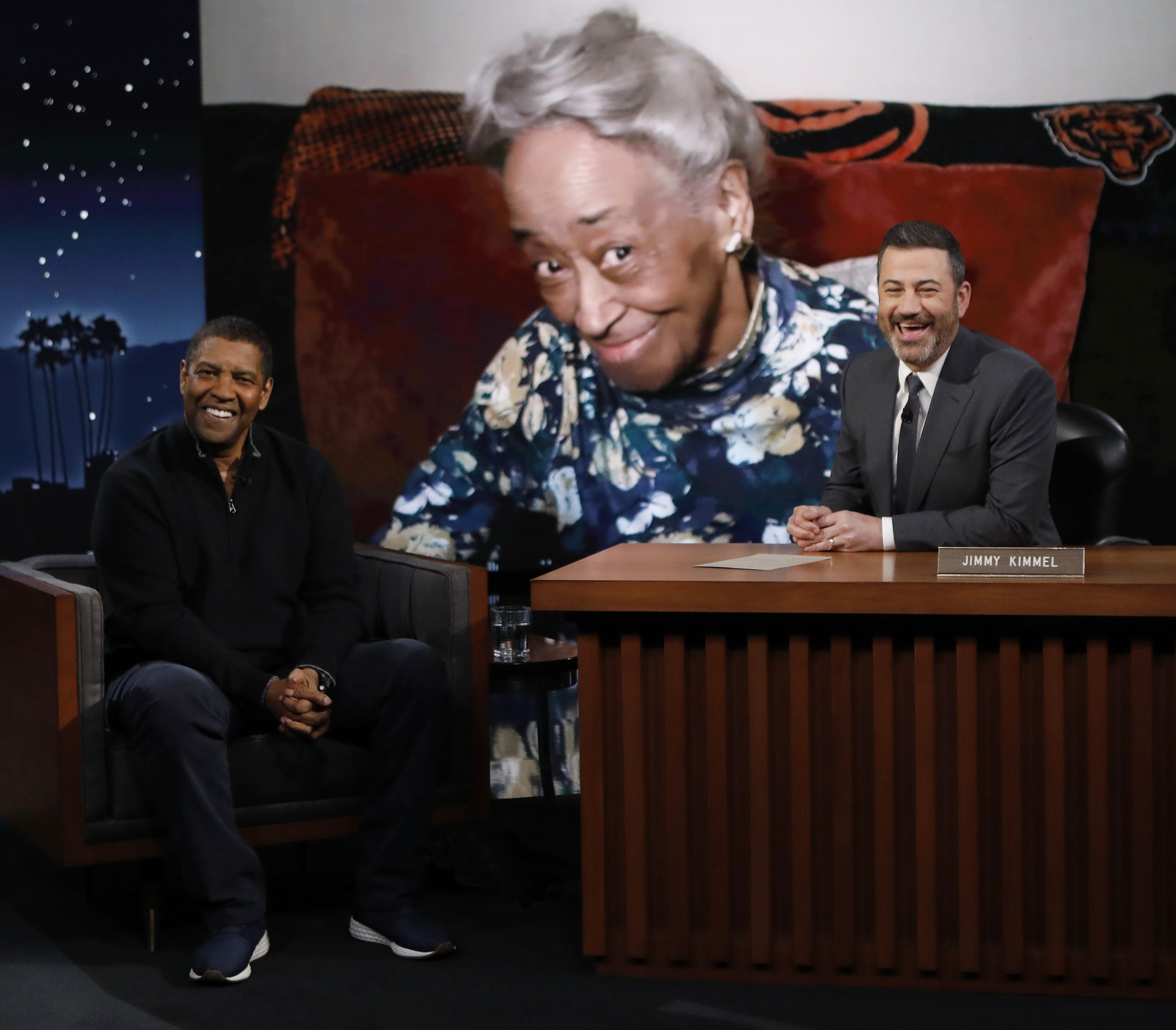 My favorite Actor Denzel Washington stopped by The Jimmy Kimmel Live last night! Denzel talked about watching the Cowboys lose and being a fan since he was six years old, coaching his son John David Washington in football, his love of watching high speed chases, directing Michael B. Jordan in A Journal for Jordan, meeting Sidney Poitier, playing Macbeth in “The Tragedy of Macbeth,” plus Jimmy surprised Denzel with Juanita “Mother/Mama Hubbard” – a 91-year-old grandmother from Chicago who Denzel met in 2017 and the video of them meeting went viral. See the video clip inside…. 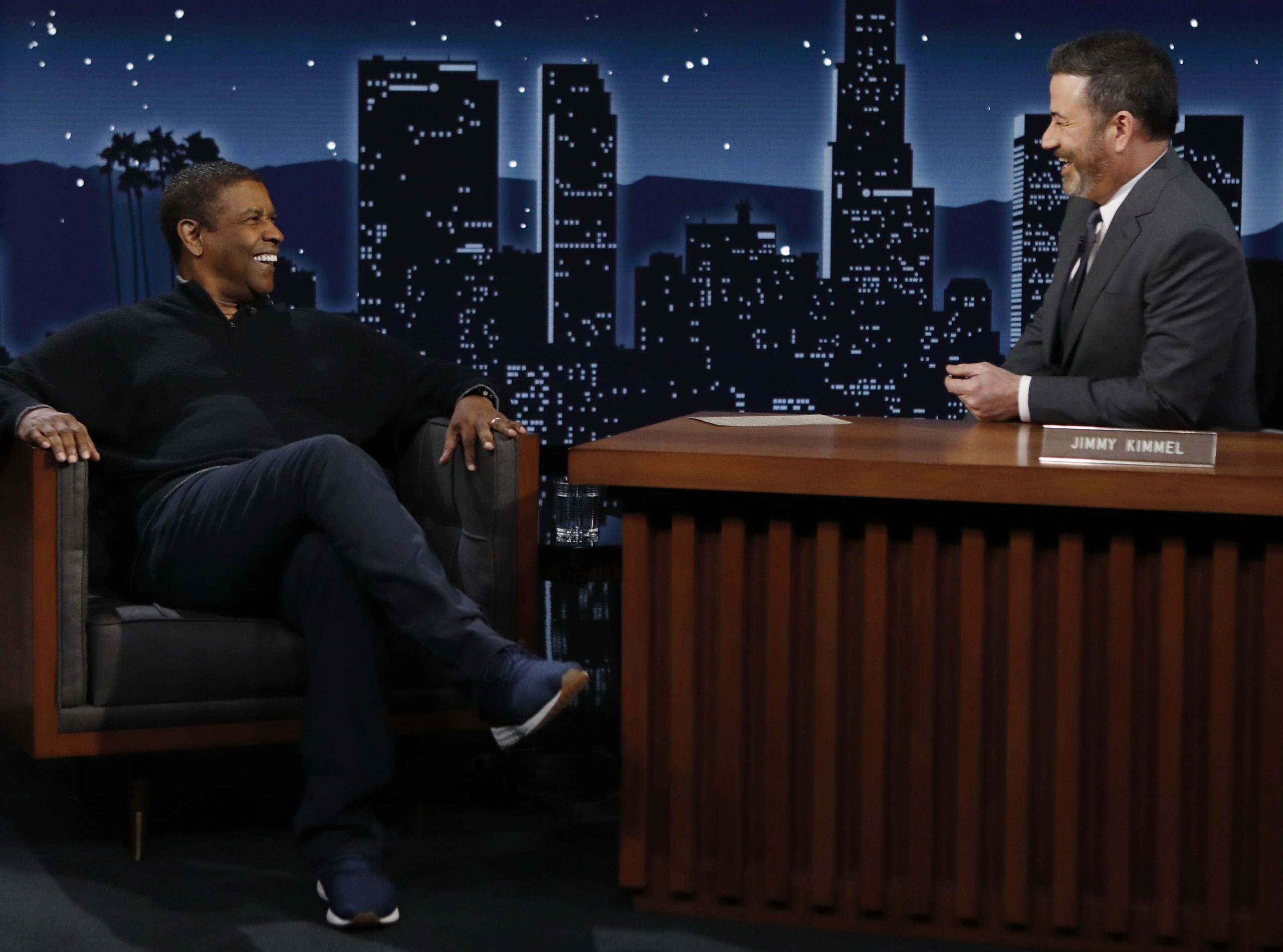