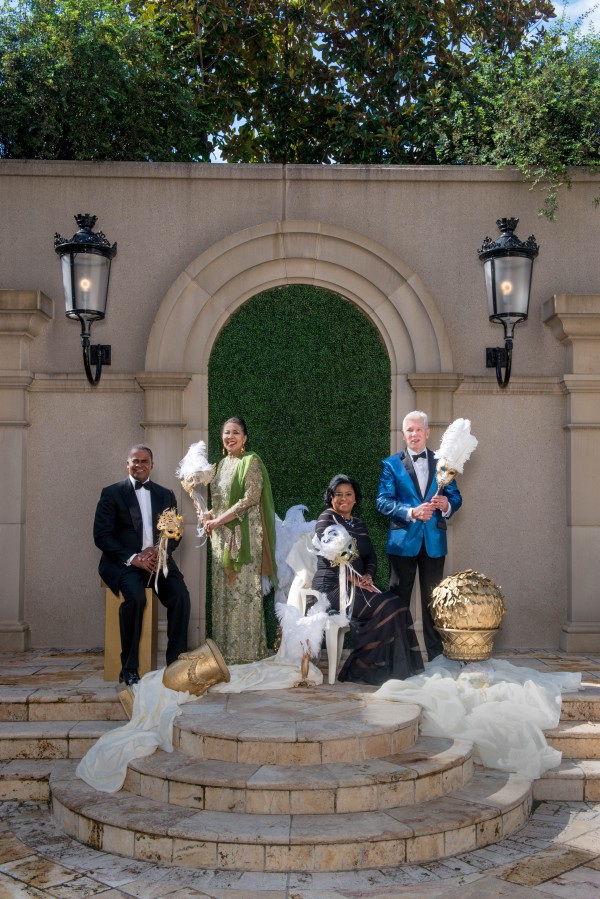 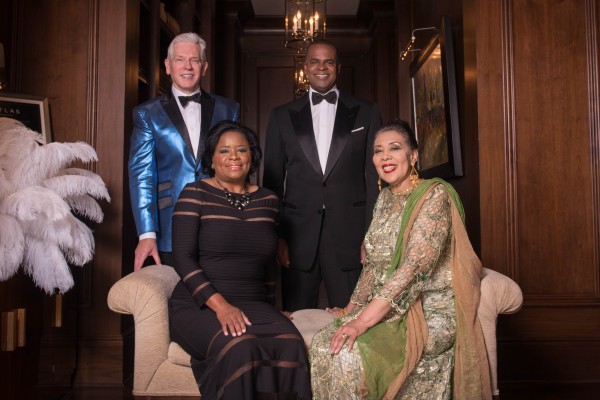 Started by Billye Aaron along with former Mayor Andrew Young in 1983, the Ball is hosted by the city’s current Mayor and is largely supported by local corporate and civic entities. A much anticipated holiday event that raises unrestricted dollars for UNCF’s support for local students, the Ball attracts a diverse array of attendees from across the area, including local celebrities, dignitaries, civic and elected officials.

As a musician, songwriter and singer and member of R&B groups New Edition and LSG along with Keith Sweat and the late Gerald Levert, Washington, D.C. born Gill is perhaps best celebrated for his self-titled 1990 Motown album produced by mega producing duos LA Reid and Baby Face and Jimmy Jam and Terry Lewis that delivered hits like “My My My” and “Rub You The Right Way” and reached #1 on the top 100 R & B albums. With New Edition “Can You Stand The Rain” reached #1 on the R&B charts. 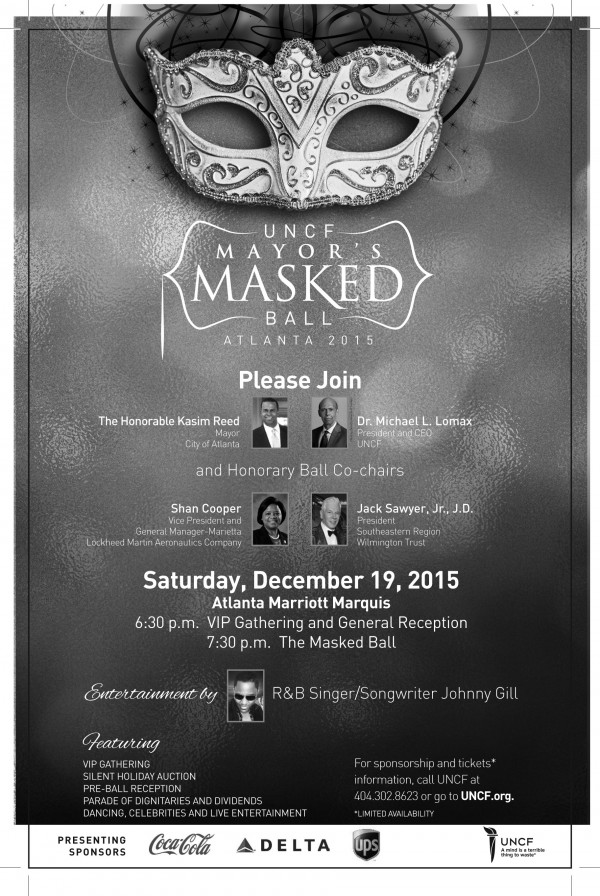 Marquis Sponsors of the 2015 UNCF Atlanta Mayor’s Masked Ball are: The Coca Cola Co., Delta Air Lines and UPS. Tickets may be purchased on line at www.uncf.org or call 404 302-8623.

About UNCF
UNCF (United Negro College Fund) is the nation’s largest and most effective minority education organization. To serve youth, the community and the nation, UNCF supports students’ education and development through scholarships and other programs, strengthens its 37 member colleges and universities, and advocates for the importance of minority education and college readiness. UNCF institutions and other historically black colleges and universities are highly effective, awarding 20 percent of African American baccalaureate degrees. UNCF administers more than 400 programs, including scholarship, internship and fellowship, mentoring, summer enrichment, and curriculum and faculty development programs. Today, UNCF supports more than 60,000 students at over 900 colleges and universities across the country. Its logo features the UNCF torch of leadership in education and its widely recognized motto, “A mind is a terrible thing to waste.”® Learn more at www.UNCF.org.