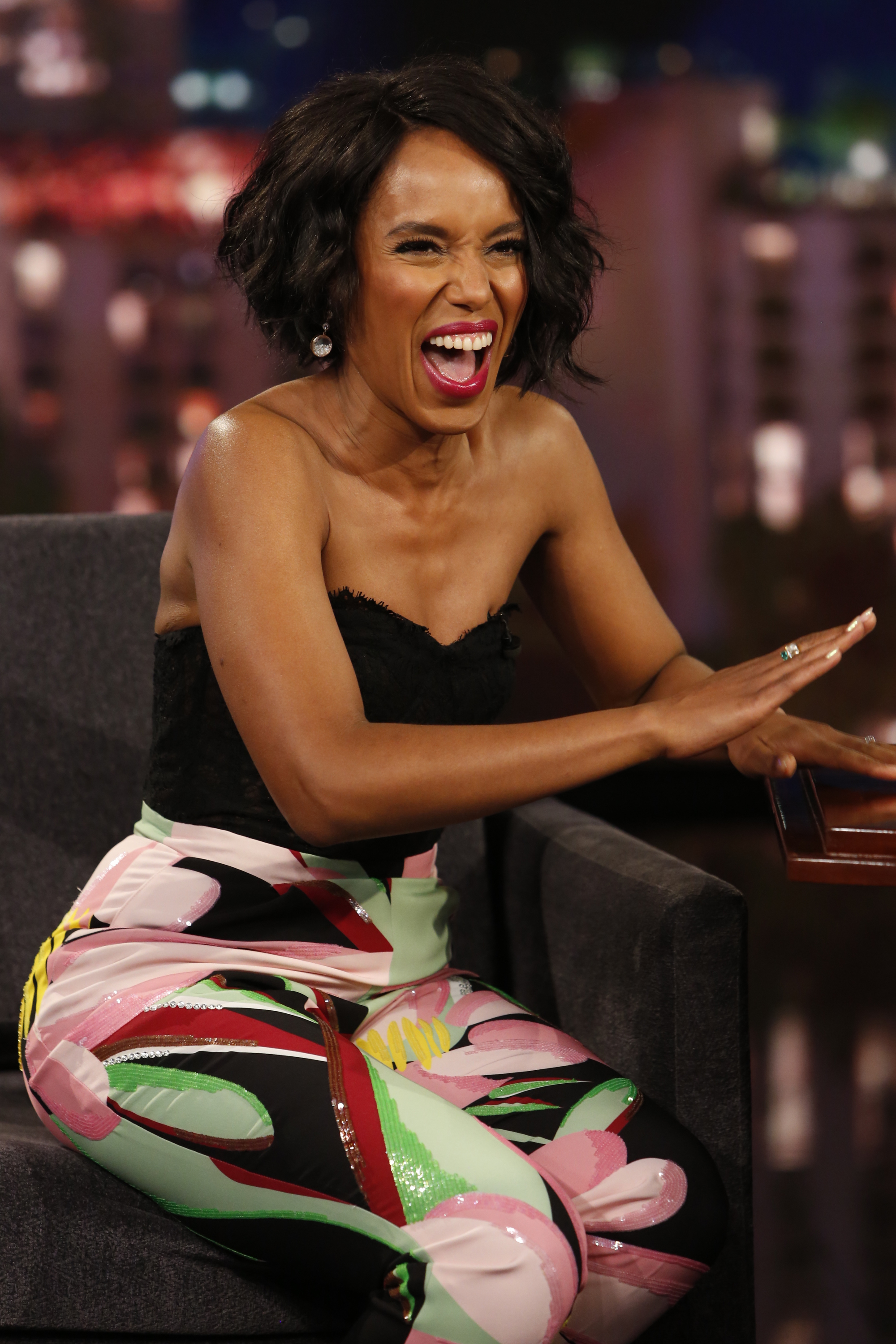 Actress Kerry Washington stopped by Jimmy Kimmel Live last night looking ultra-chic! I loved her sequins pants, very jazzy! Kerry talked about being in Jimmy & Norman Lear’s “Live in Front of a Studio Audience: The Jeffersons,” the cast being nervous before the show, Jamie Foxx’s hilarious flub, Will Ferrell’s involvement in casting her, shooting the movie American Son for Netflix after performing it on Broadway for four months, Michelle Obama coming to see the show, Kanye West using her name in a song, accidentally receiving Kanye’s texts, and she reveals whether or not she’d be open to Scandal coming back. Whoo, that was a lot but I have the video clip inside, more pictures and details on her look as well, have a fabulous day everyone! 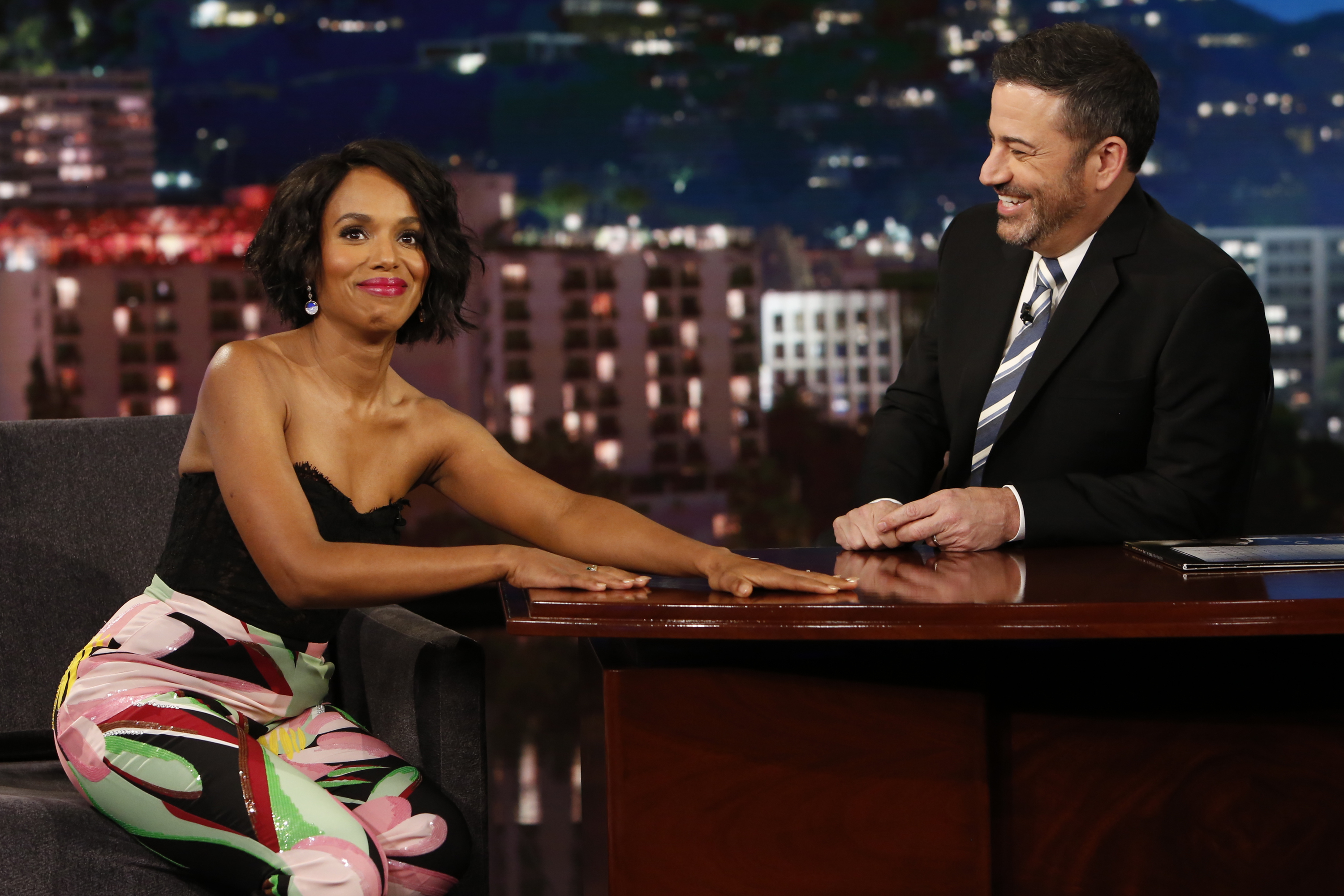 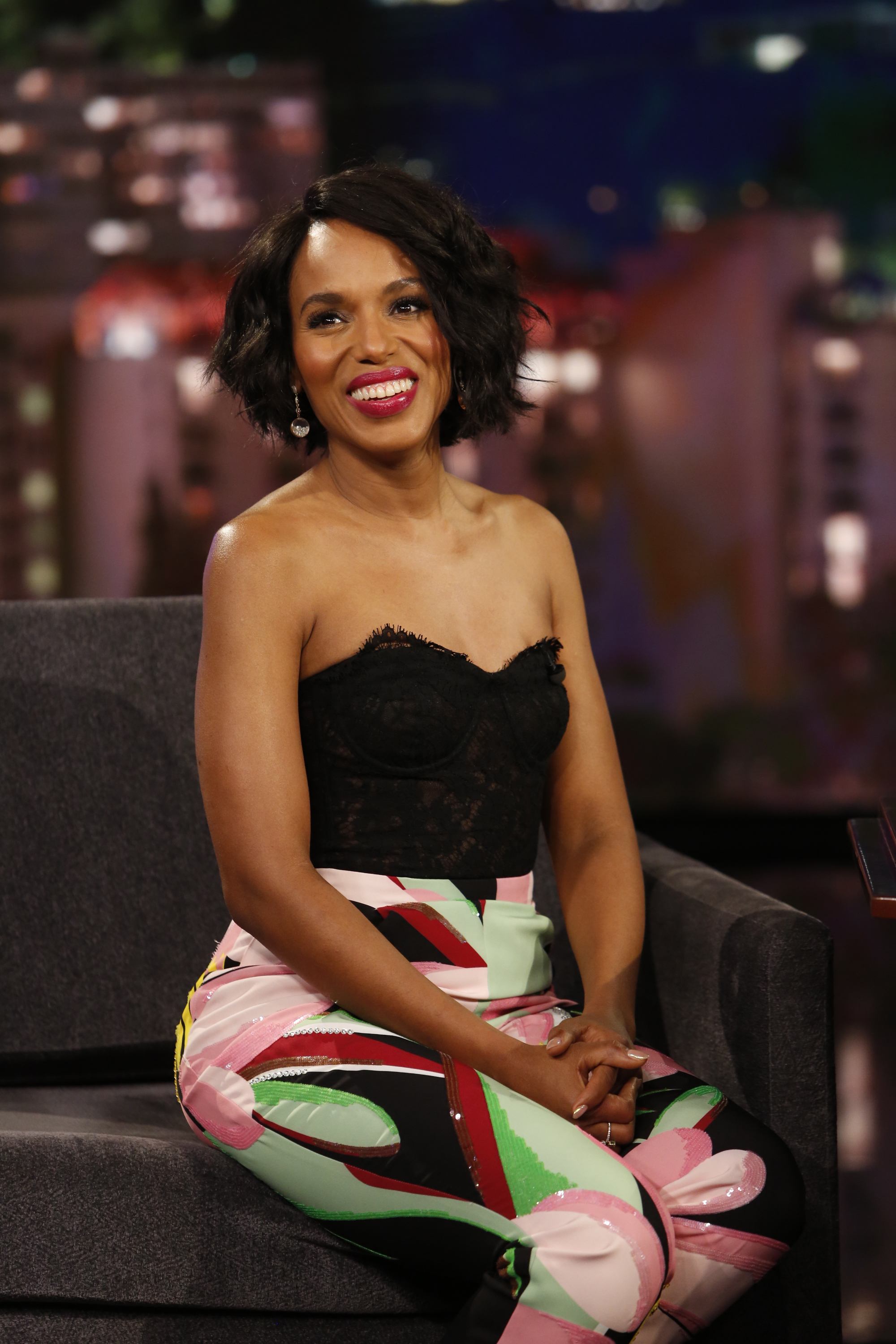 Kerry was wearing Ingie Paris and it comes with a blazer as well, so cute! 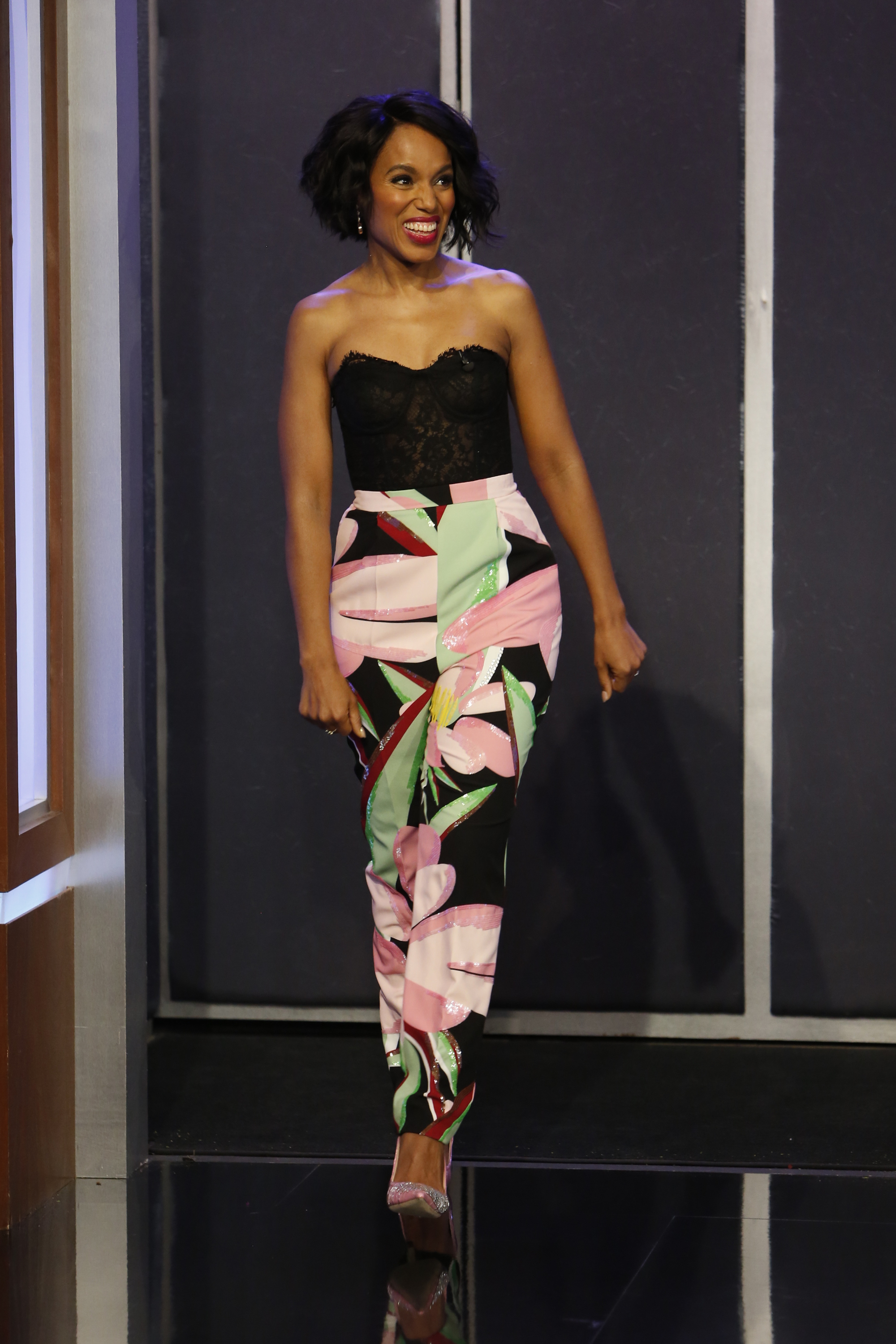 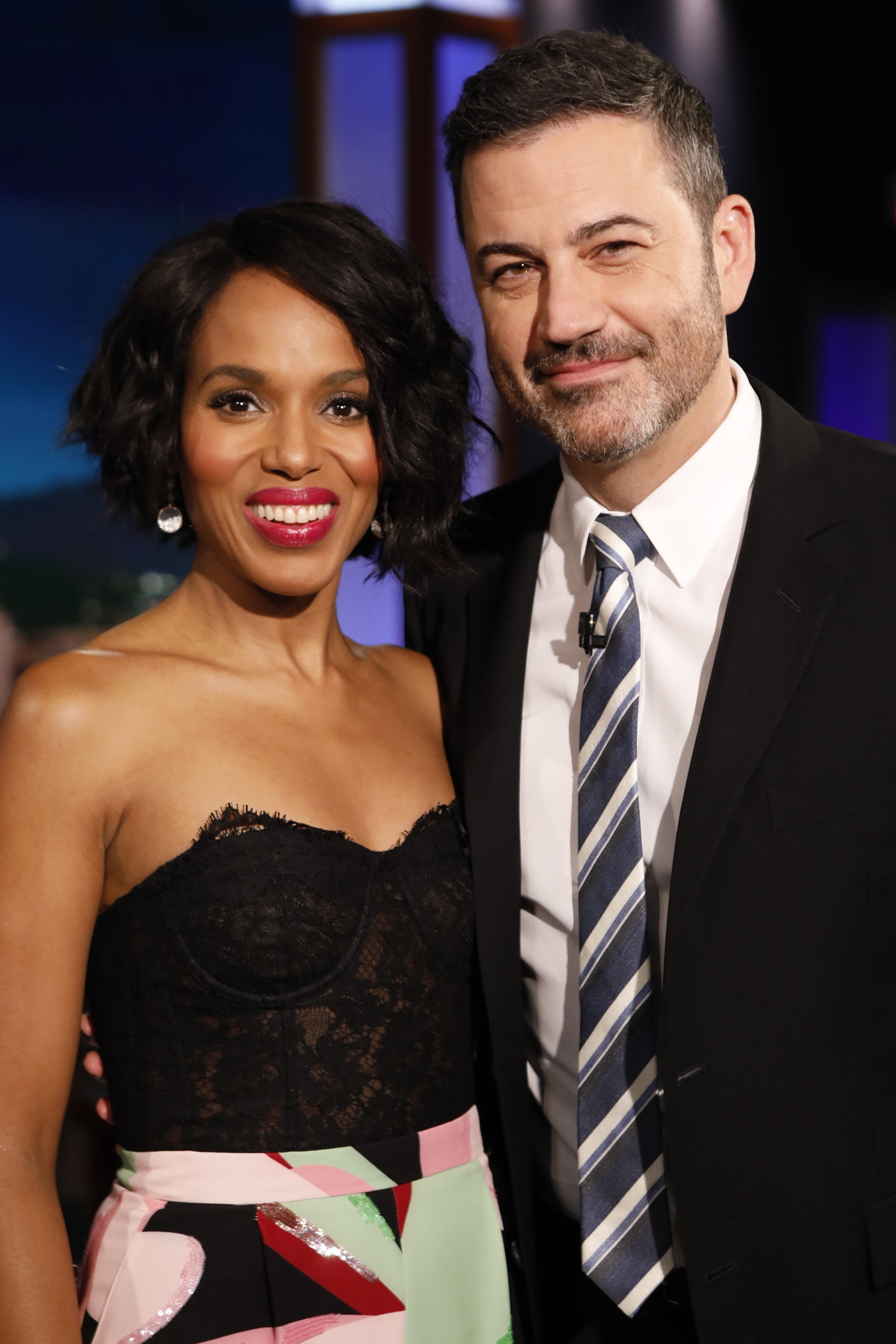