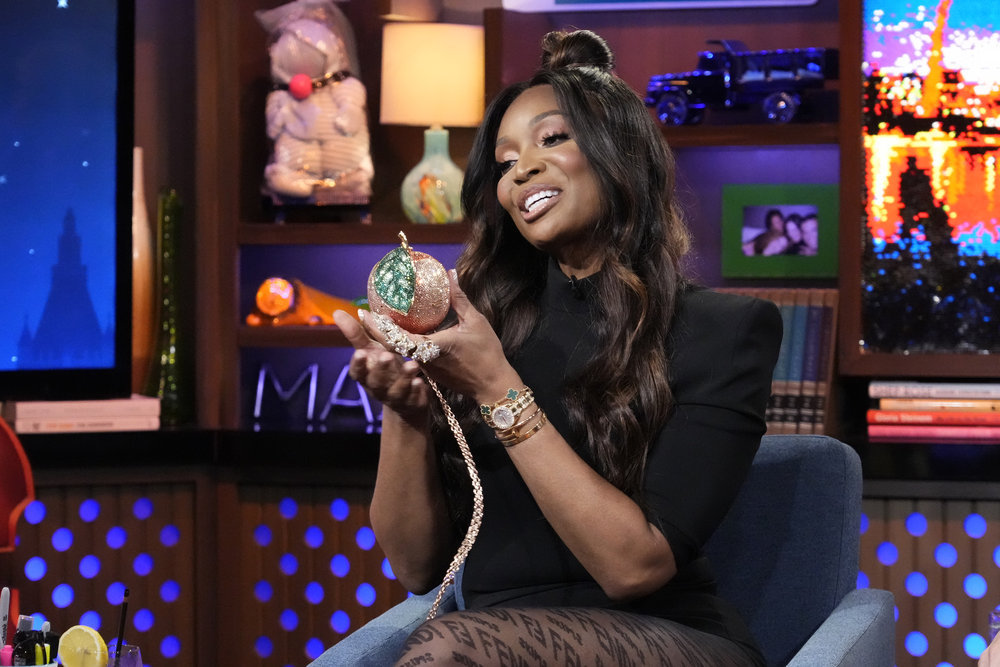 You have to be living under a rock if you are not familiar with the beef that is going on with Marlo and a few of the other Atlanta Housewives. It’s all over the internet and blogs and I try my best to stay out of the mix but the Atlanta streets are talking and I was just with Marlo a few days ago at her launch cover party and she did tell me that yes, she is tired of a few of girls on the show, particularly Kandi Burruss and Kenya Moore.

She said that she is over them always making baseless claims that she is basically a prostitute and making assumptions on how she is getting that bag! So she has been retaliating and on last nights episode of The Real Housewives of Atlanta she let them both have it after confiding in Sheree at a dinner party.

On Watch What Happens Live with Andy Cohen that aired right after the episode last night, Marlo was in the clubhouse and Andy asked her did she think she hit below the belt sometimes and she sorta agreed.

Marlo admitted that calling Porsha Williams a chicken injected with hormones and taking jabs at Kenya over her relationship with her mother were both low blows. Later during a game of Is He! Too Old! For Marlo!?, Marlo called Harrison Ford fine, says Harry Hamlin isn’t her type because of his glasses, and says 95-year-old Harry Belafonte isn’t too old for her. See a video clip inside and a few snaps…. 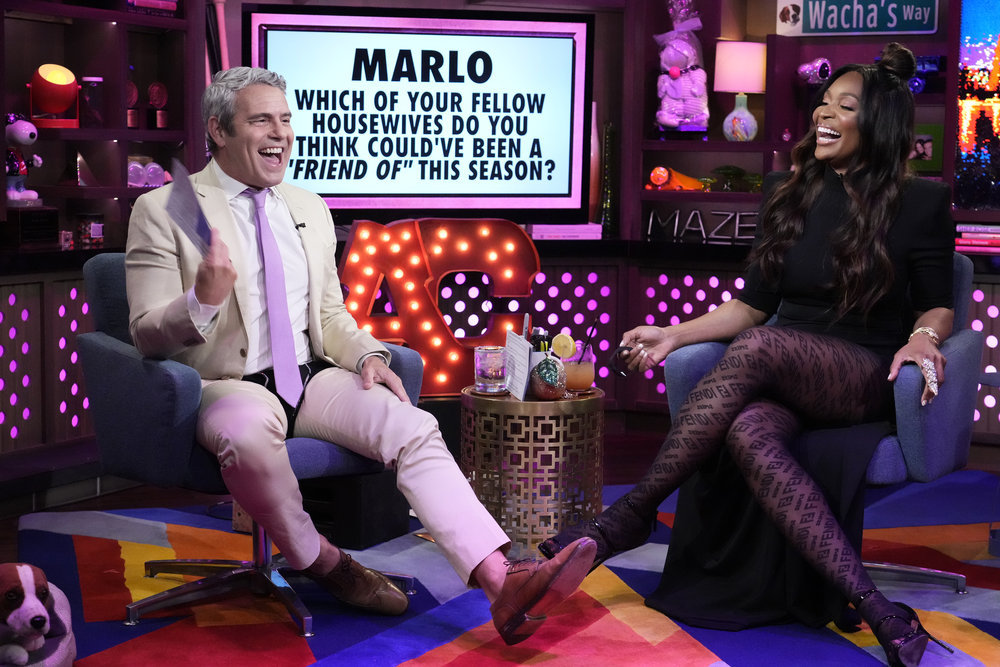 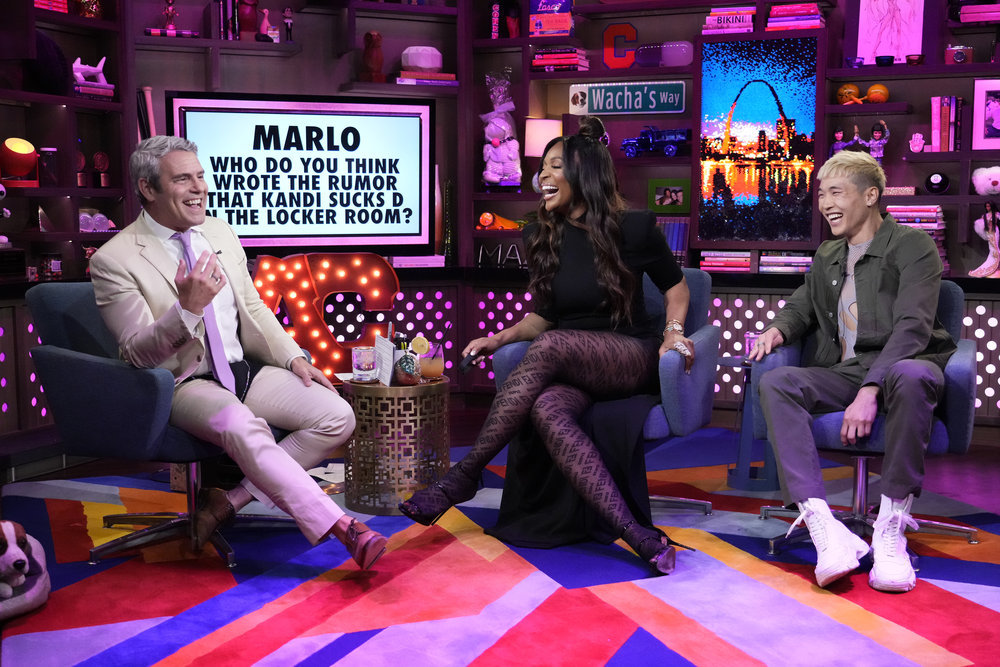 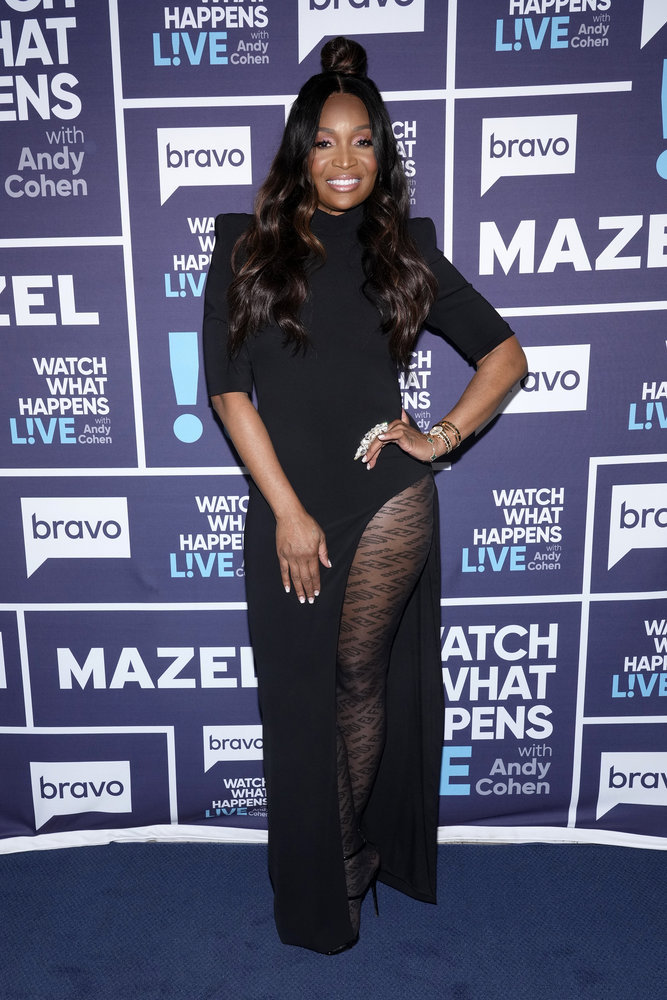