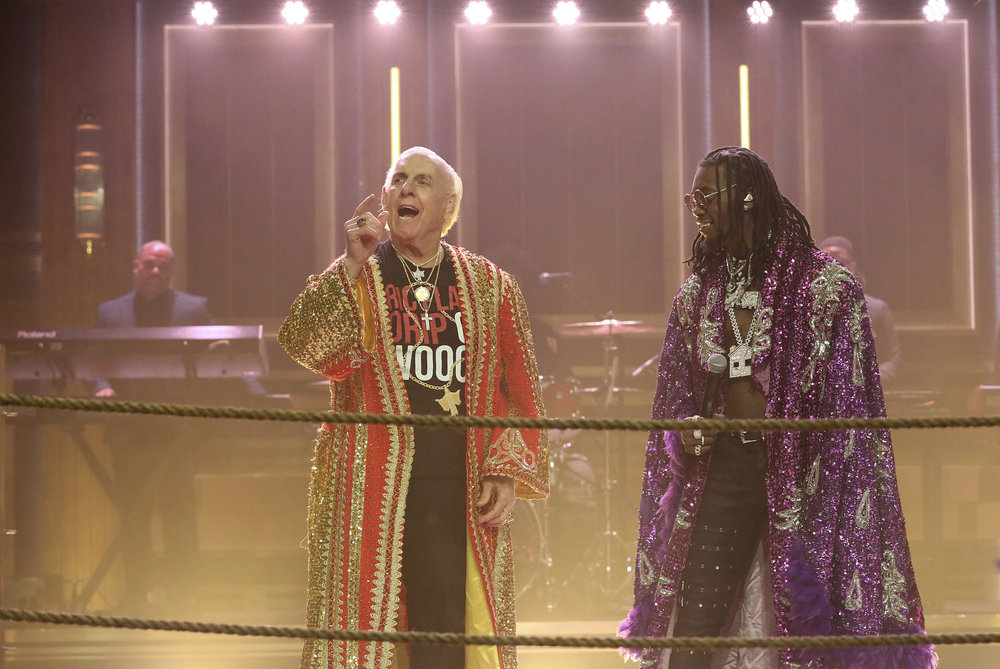 One of my favorite songs right now that I am in the car bumping is Offset & Metro Boomin’s new song “Ric Flair Drip”. I have to admit, it does sound really good and adding WWE Wrestler Ric Flair to the equation makes it even better lol. I never knew that he liked rapped music, either way their video is rather funny and I used to watch him on television when I was younger. Back then they didn’t have many female wrestlers but look how times have changed now, ha! Those flashy robes probably cost a pretty penny too, I love the purple one Offset is wearing, fabulous! Anyway, both appeared on The Tonight Show Starring Jimmy Fallon the other night performing their hit song, it was hilarious to watch, check it out inside and more pics! 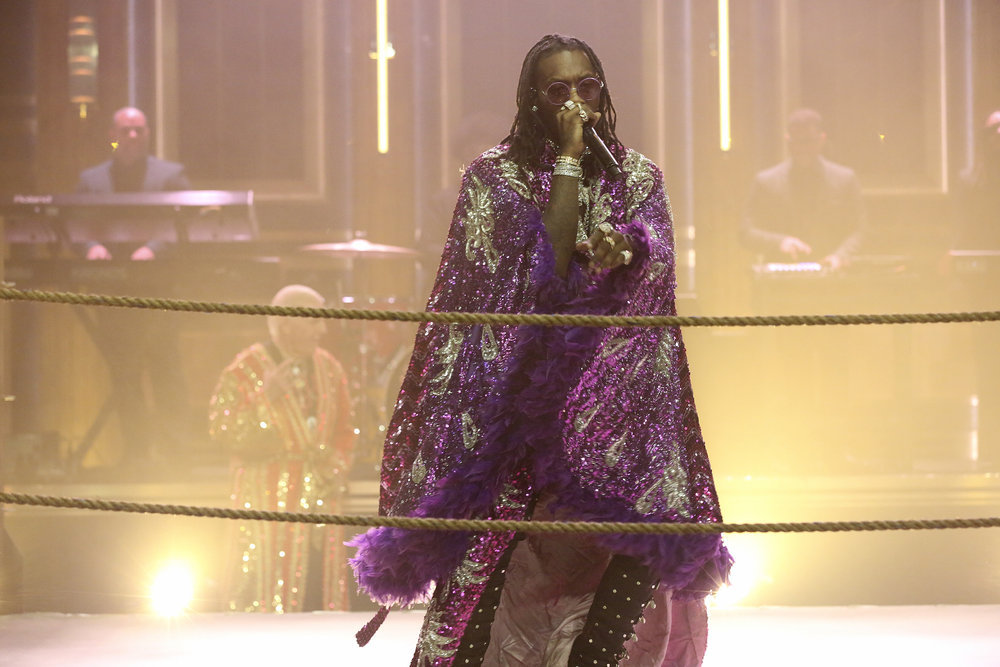 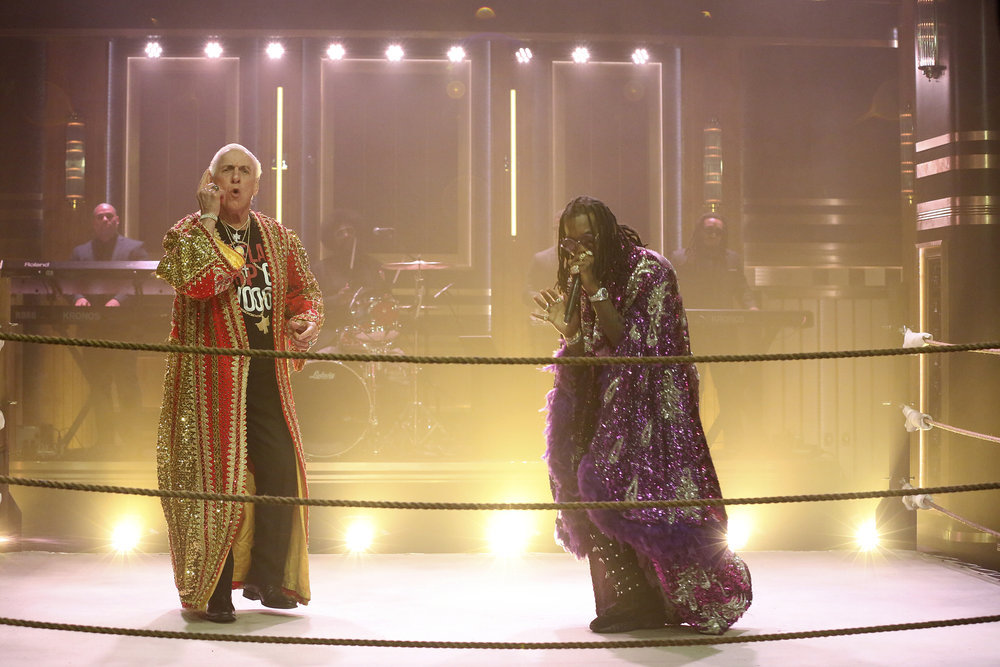