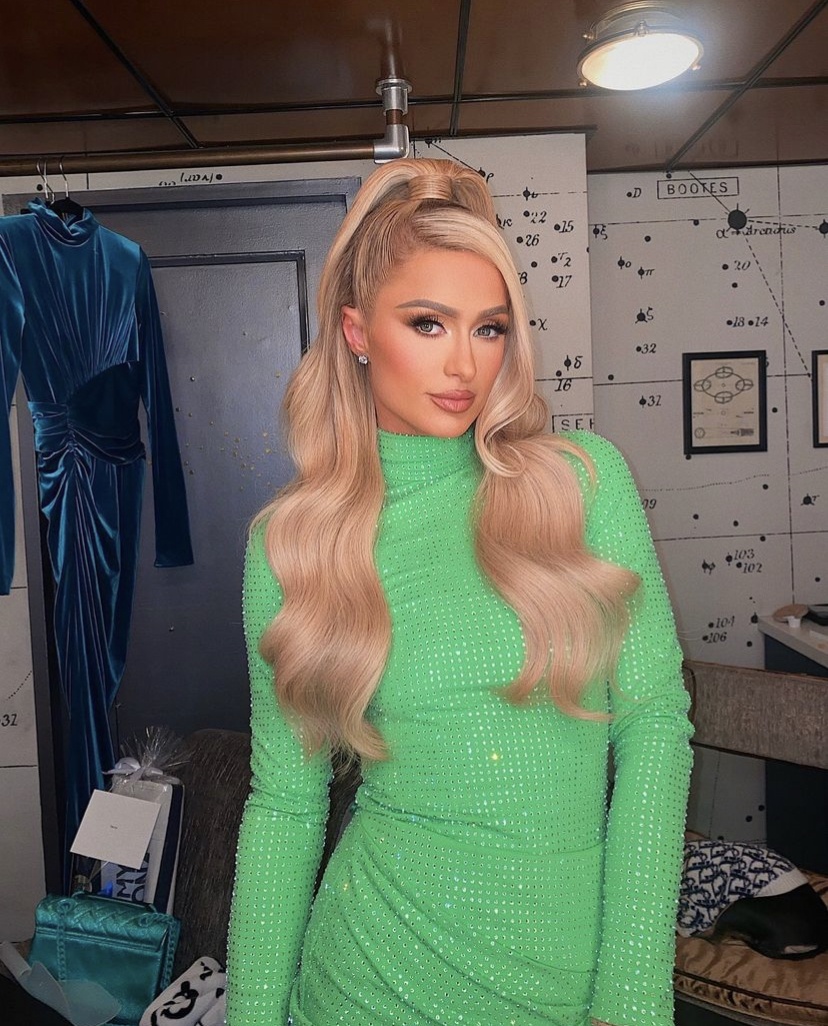 Socialite and serial entrepreneur Paris Hilton made an appearance on The Tonight Show Starring Jimmy Fallon last night. The Paris in Love star who’s 40 now, said that having kids is her top priority right now and she even wants twins! “I cannot wait,” she shared, revealing that she would like “two or three” kids.

Paris tied the knot with her love Carter Reum in a three-day fairytale wedding last November. She has already started the process of completing the egg retrieving process, congrats to them. Paris and Kathy Hilton’s were on the show to give advice on leaving a negative restaurant review and how to stop rolling your eyes. See the funny clip inside…

Sidenote: If you look really closely, Paris is wearing two different shoes! She was in such a rush to get to the show that she grabbed two different pair of heels, yikes! I kept starring like something isn’t right with her shoes when she walked out but then they jokingly made fun of it later on lol! It was eventually corrected during a break. She is a trooper though and the show must go on! 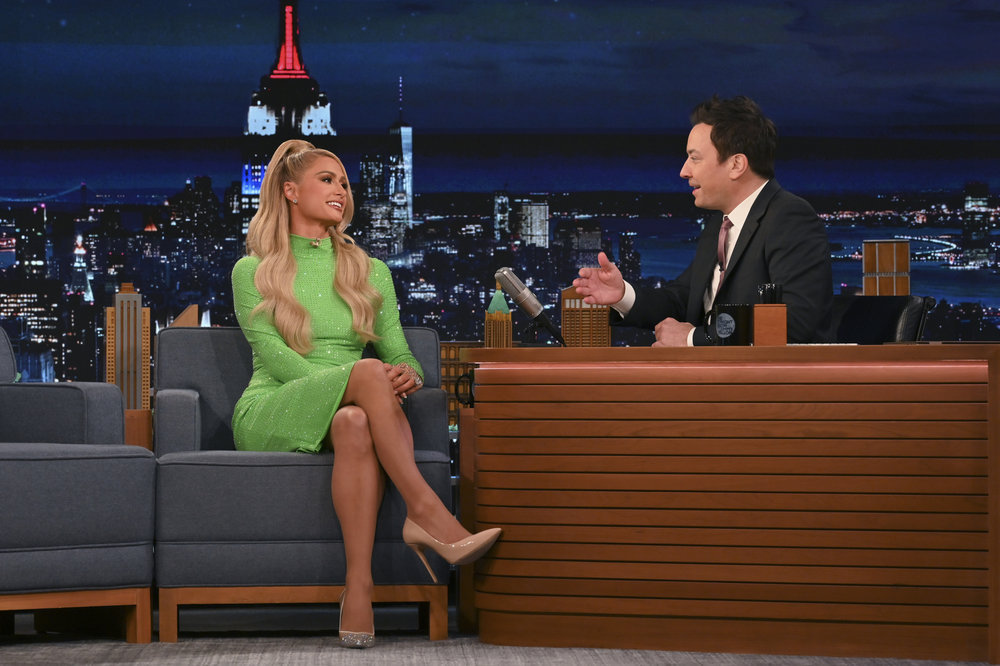 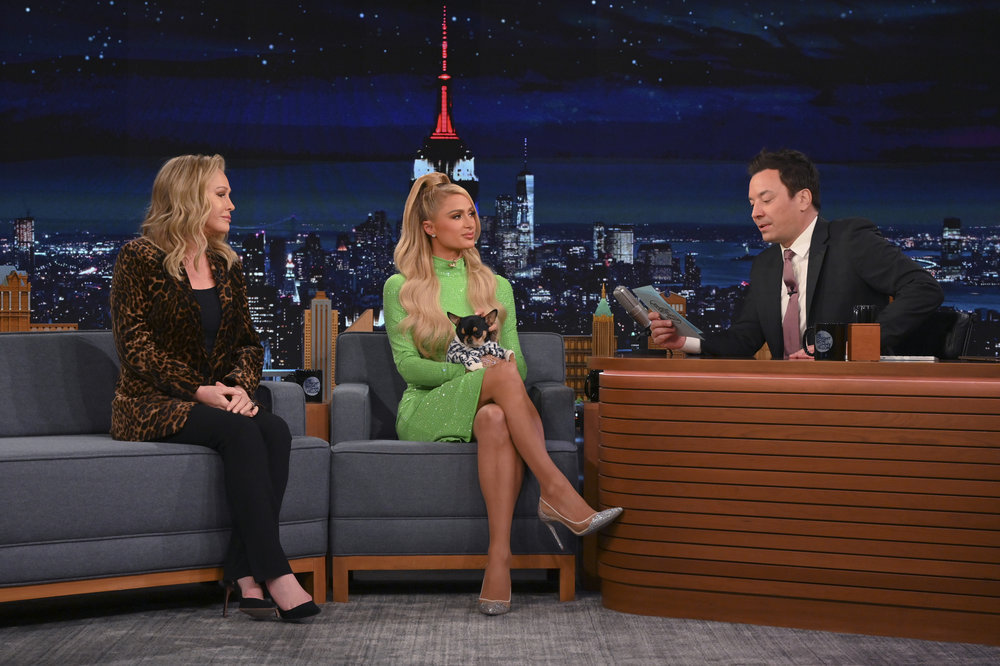