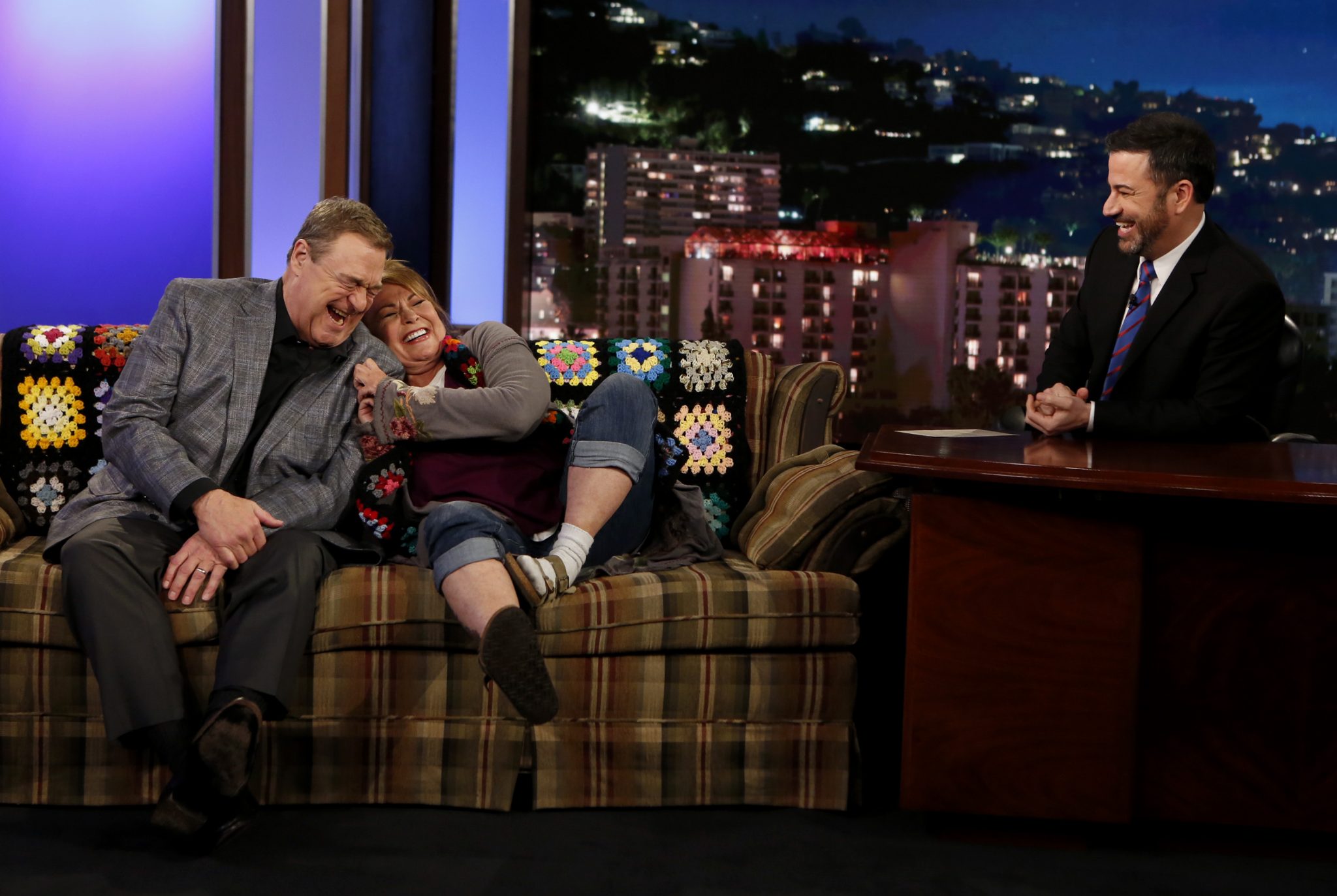 Comedian/Actress Roseanne Barr and John Goodman arrived on their infamous couch on the Jimmy Kimmel Live show last night. I about fell out when I saw them roll them out on that dusty couch. They said that, that was not the original couch though, the real one is at the Smithsonian Museum but they wanted too much money to get it back, ain’t that something? They donate the couch after the show rapped back in the late 90’s now they want to be shady and hike up the price, thats America lol. They also talked about how the revival came to be, John’s character dying and coming back to life, and Roseanne reveals details about quitting the show and her problem with authority.

For some odd reason I meant to watch the show, it was on and I glanced at it a few times but never really focused on it. I was too busy watching Dave Chapple’s comedy special on Netflix lol. Back when Roseanne first aired, I never watched it because I found it to be very depressing, I hated the drab and dark set design, how they struggled all the time etc and I just never took to the show all like that. Glad that they rebooted it though for those that really loved the show, more inside… 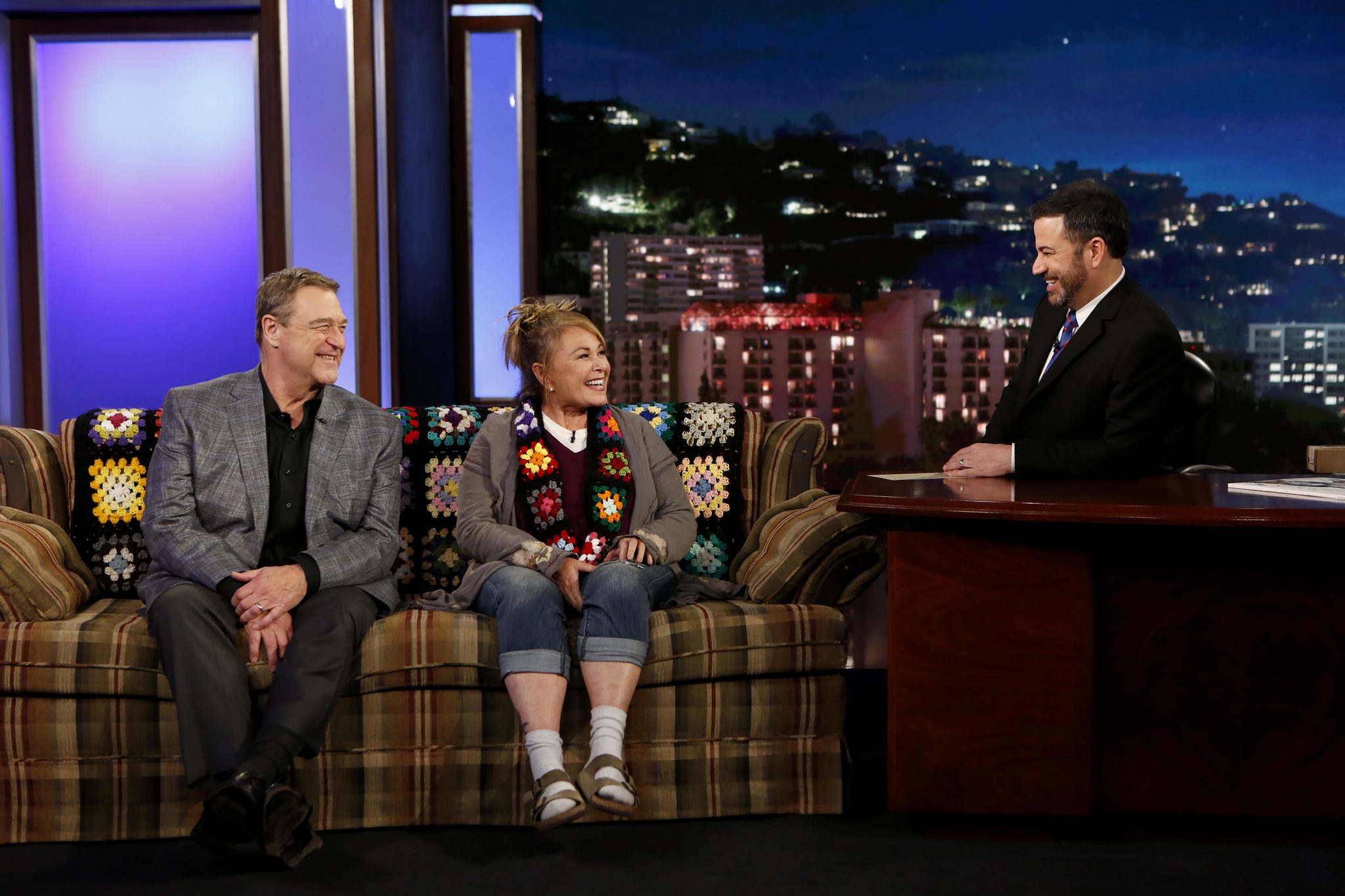