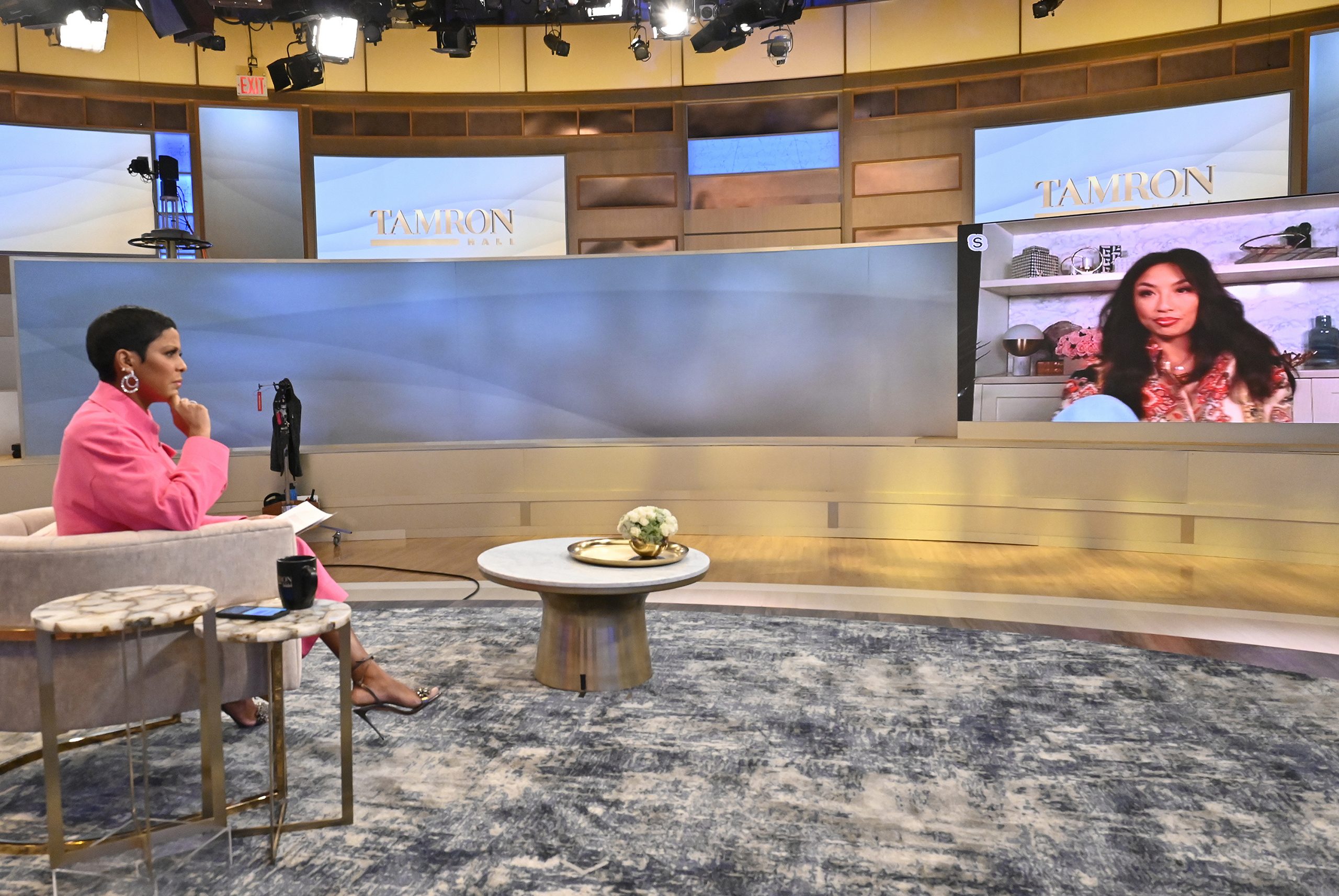 On the Thursday, October 8th edition of “Tamron Hall,” “Dancing with the Stars” contestant Jeannie Mai discussed her public statement yesterday on “The Real” about her plans to “submit” to her fiancé, rapper Jeezy, after she gets married. Mai’s revelation was met with mixed response on social media.

On how Mai sees her role in the relationship and the explanation for her statement:

“Well for me, submit does not mean that you are lower or less important than your man. Of course, Jay and I respect each other very equally. What I mean is in my work life, in my actual life, I own my businesses, I run my team, I make all of the decisions and I lead entirely in the outside of my life. So in my home, I want my man to lead. I want him to take in what I would like and what my wishes are, what my dreams are, and then incorporate it, making the overall decision that’s best for our vision together.”

On Mai’s response to the mixed social media reaction following her statement:

“Girl, I am 41, I don’t care what kind of pushback I get from other women out there. This is my life and you know coming out of divorce and also making a major decision to marry again after being blessed to fall in love and finding such a beautiful person, I want to be very clear and open about how our life can be so that we make sure that our vision is aligned and that we both are empathetic to each other and know that this is the structure we’re going into. I think the biggest mistake that you can make is not communicating what you want and not setting it up for a win.”

On Mai’s 2017 divorce from Freddy Harteis:

“For me, and we just talked about age Tamron, I don’t know about you but when I turned 30 and then 35, it was very different from 26, 27 when I made that decision to marry. And not saying it was anybody’s fault, there wasn’t any ill will in the marriage, you grow apart. So for me, I really developed the woman I want to be when I was 35 moving forward. From there, if you’re in a household, I think it’s very important to have somebody that you feel spars with you mentally and also energizes you to go out there and serve your community the way you need to, to live out your dream. Not that they are responsible for that but remember when you are in a household you absorb that person’s energy and so if they’re not combined to be a force together, then what’s the point of being married?”

On the breakthrough moment Mai had with her mom when discussing her experience with sexual assault:

“That was very freeing for me. I didn’t go into it expecting a certain response from my mom. Thankfully, it panned out well. I did it on my YouTube show, ‘Hello Hunnay,’ because I was abused when I was nine and I can’t believe how long that followed me into my years today to the point where it affects the way I react to situations, how I behave when I get angry, how I protect myself. Everything changes and is altered when you’ve been sexually abused, especially at such a young age because your entire defense system is traumatized. So it took me a lot of therapy and time to just really get to know myself and to learn that, but the one caveat that I couldn’t get past was how my mom had handled it when I was younger.”

On what Mai hopes for others when having tough conversations with their parents:

“So, coming to actually confront her today as women, as grown women, to say ‘Mom, I understand that that was very difficult. I know that it was probably alarming and I know that you probably have never thought of this situation happening within our family, but I need to talk to you about the way you handled it because it did something to me.’ Having that open conversation is something I did because I pray that in families out there, for anybody else who has been manipulated or hurt within their family, you have to confront the people that you feel are going to stay with you here today. There’s no reason why today my mom and I being so close that I can’t talk about that, to smooth it over.”