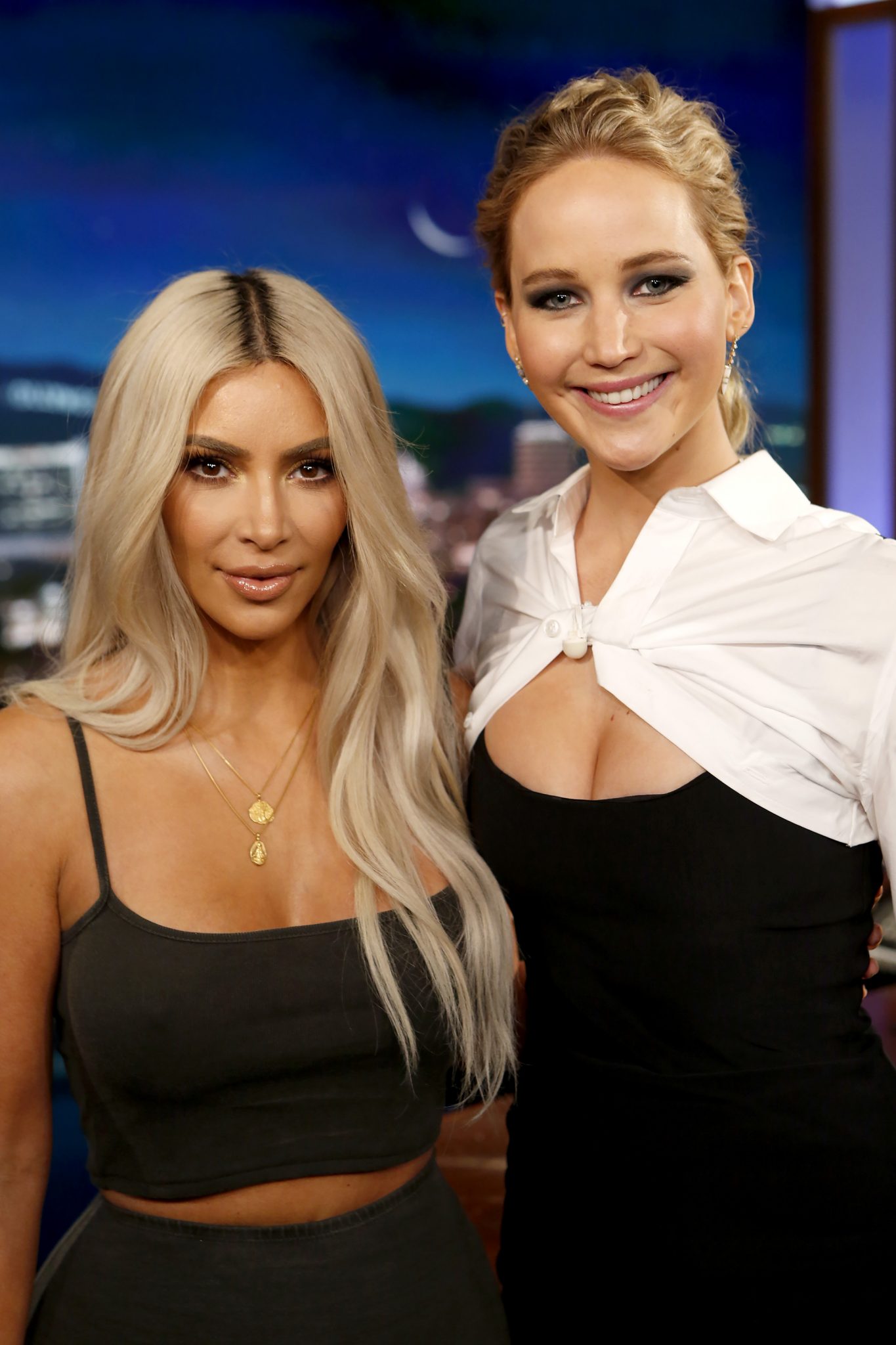 Last week, both fabulous ladies Jennifer Lawrence and Kim Kardashian were on Jimmy Kimmel Live! Jennifer filled in for the talk show host Jimmy Kimmel while his son recovers from surgery. Jennifer is a huge fan of Kim too and talked about being at her house getting fashion tips and more! They joked and laughed and Kim showed her, her latest beauty line and then they chatted some more. They were fun to watch and they looked great, Jennifer asked her a slew of questions, I have those questions inside and more pics plus a video clip… 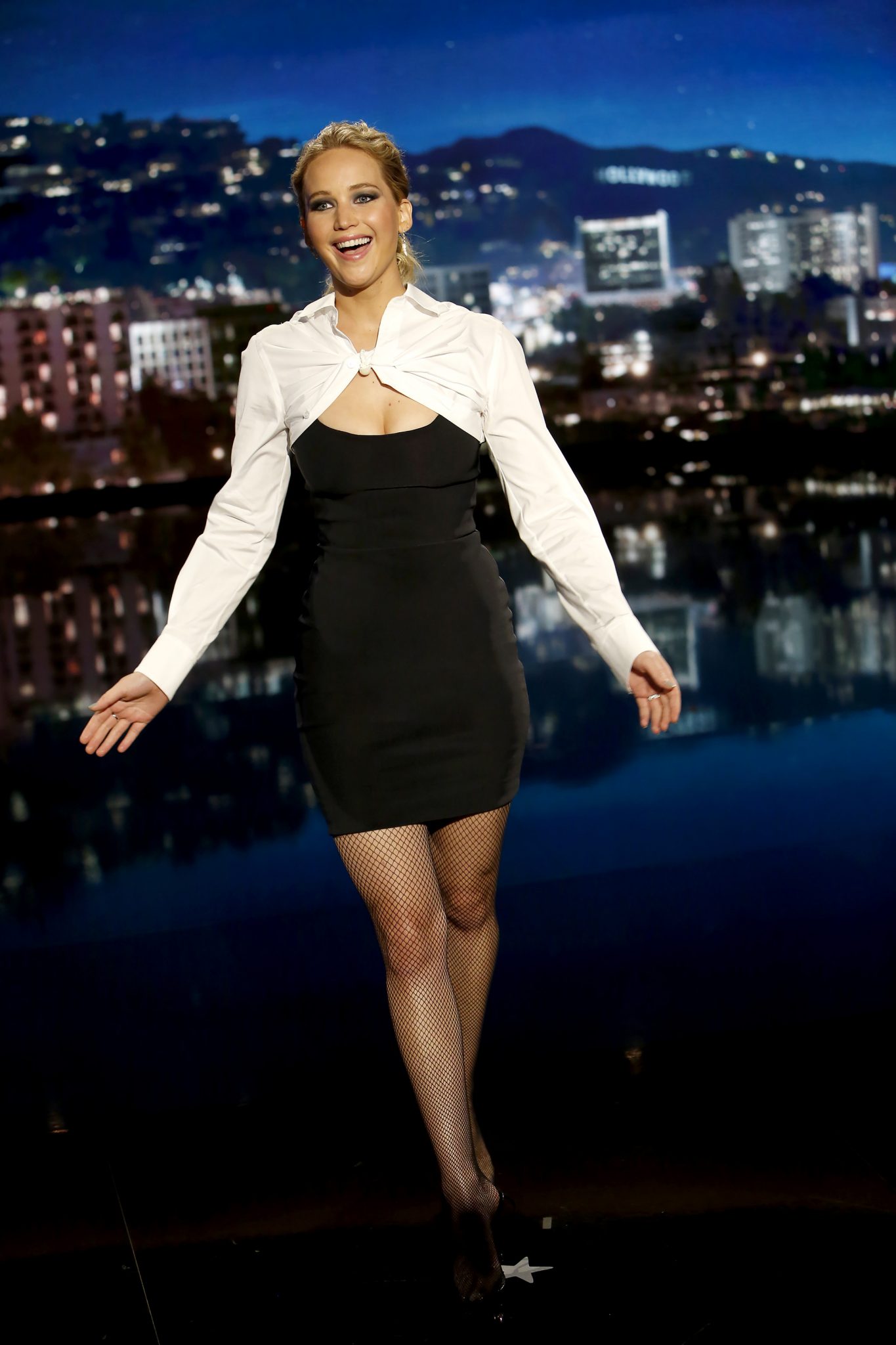 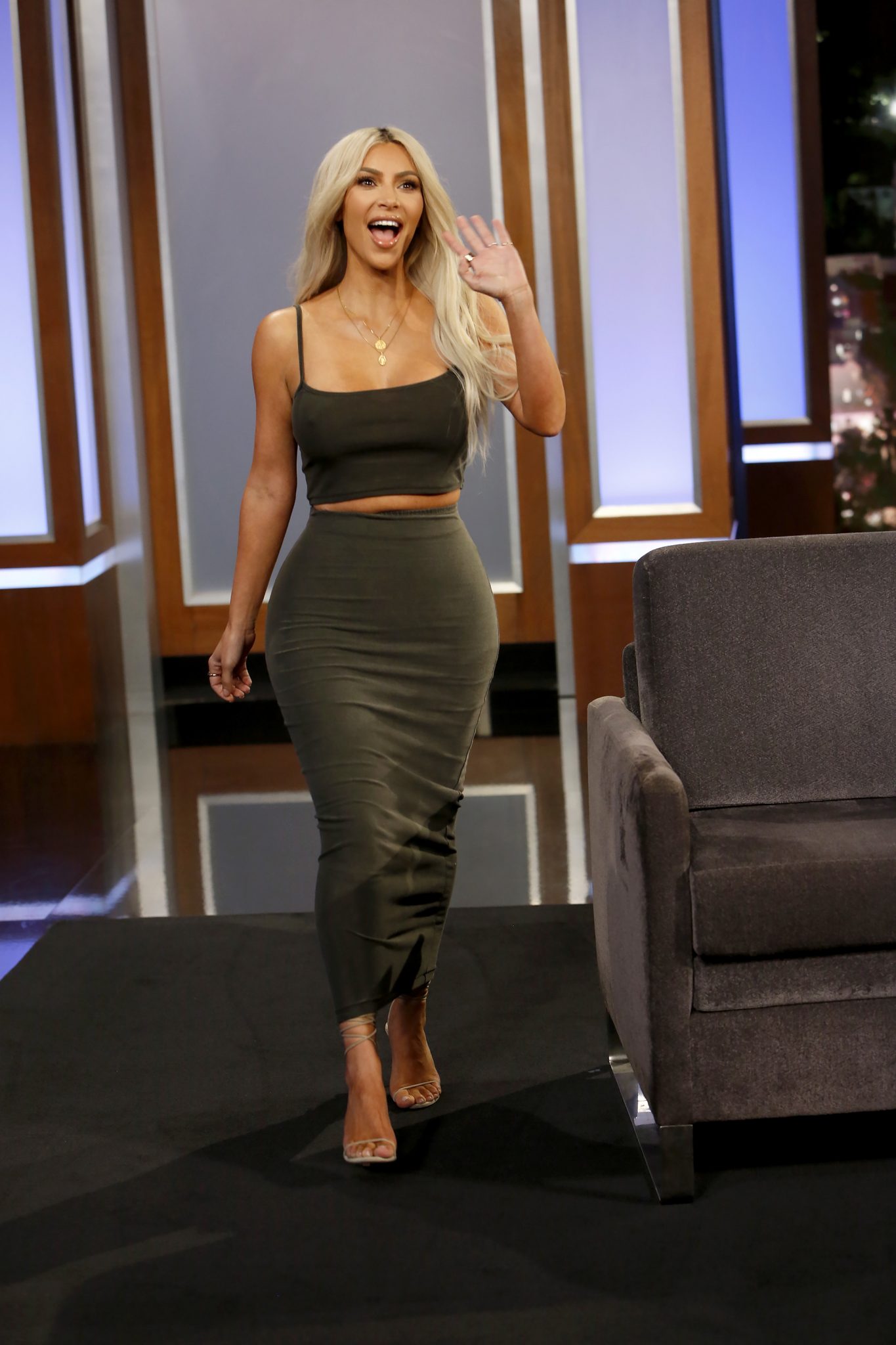 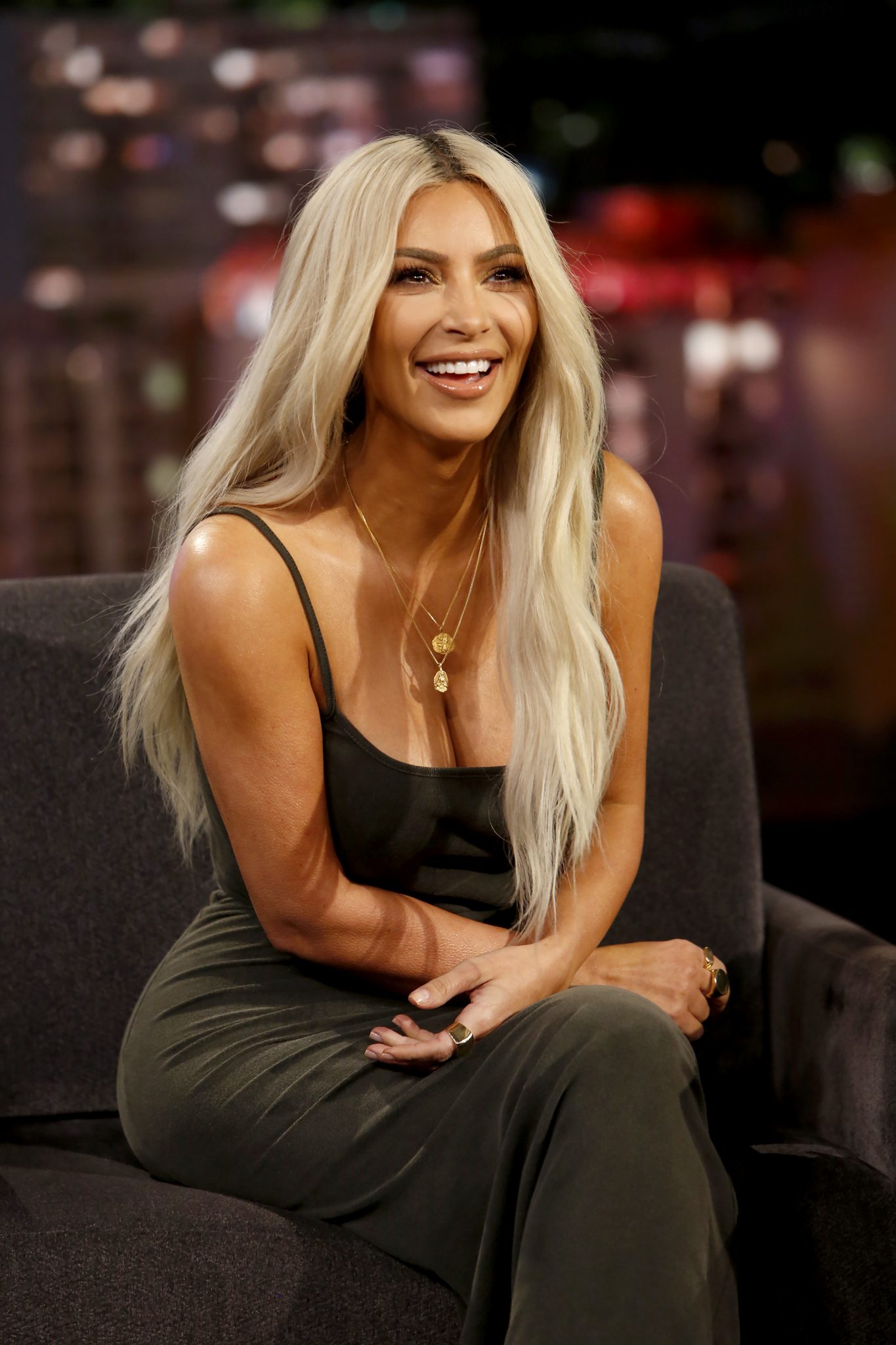 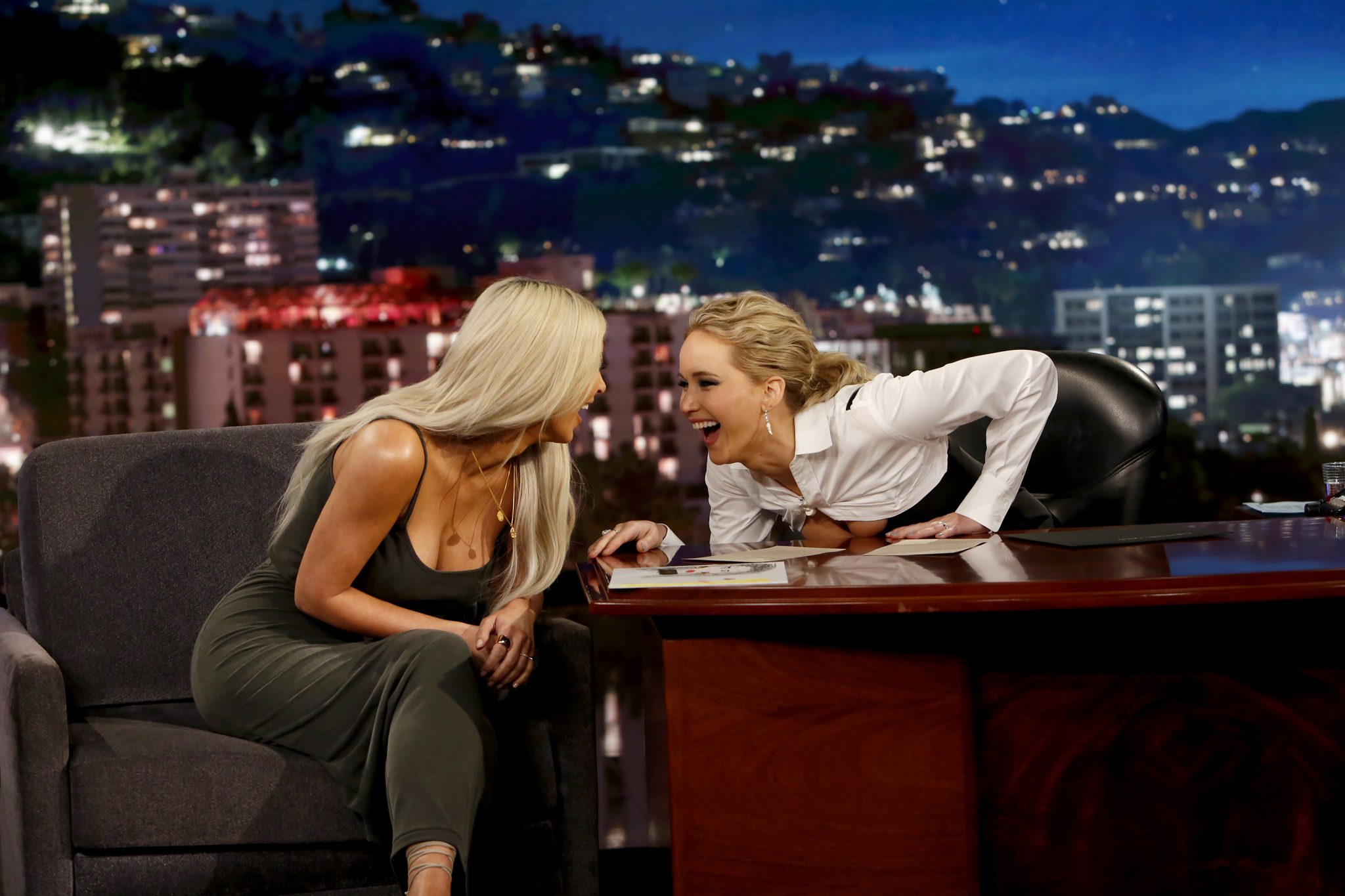