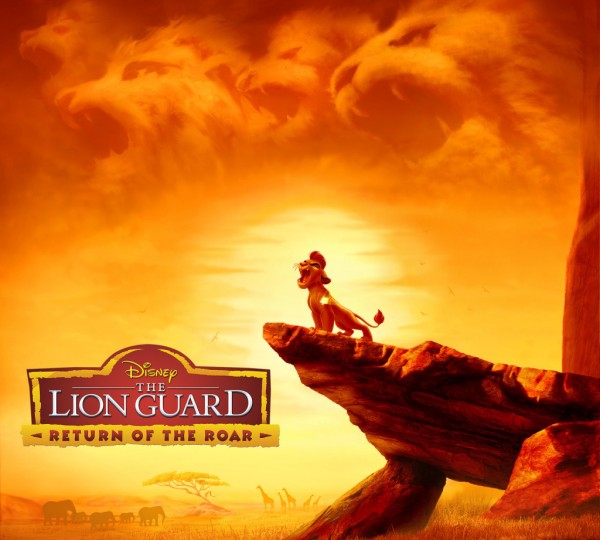 It is time folks! Join Kion, son of Simba and Nala, and his Lion Guard. The Lion Guard: Return of the Roar, a television movie event, premieres Sunday, November 22 at 7P on Disney Channel! If you LOVED The Lion King and was a huge fan of that movie, then you just may like their latest feature. I had the pleasure of meeting and interviewing some of the team from this movie while out in Los Angeles on a Disney press trip. I learned a lot about them, their talents when creating this movie and so much more. I was also fortunate enough to see this film, so inside check out what they all had to say and my review… 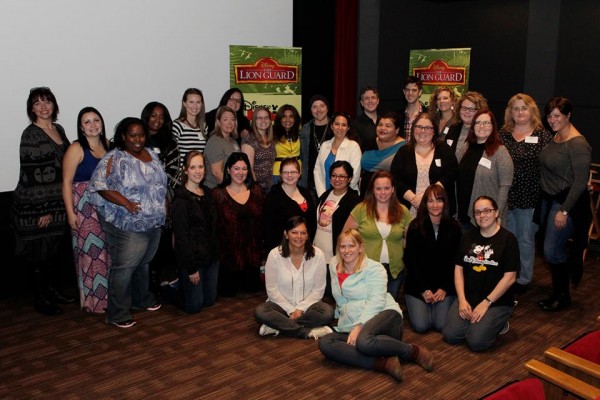 Interviews: We got a chance to chat with Ford Riley, Christopher Willis, Sarah Mirza and Dr Jill Mellen. All helped put this film together. 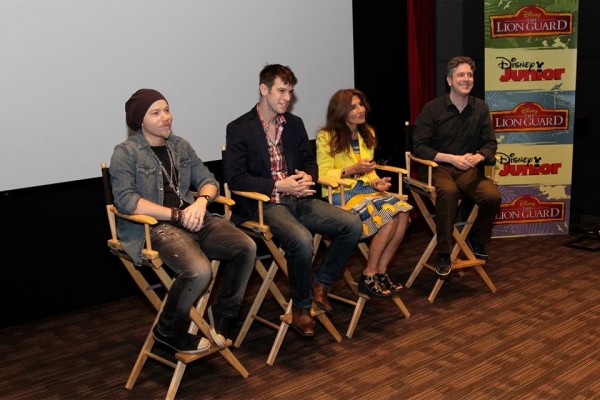 Ford Riley is the Executive Producer who developed and expanded on The Lion King and got inspired from watching his son interact with friends.

Christopher Willis is the chief composer/songwriter for Lion Guard.

Beau Black is the singer & songwriter in Lion Guard. He hummed a few songs till it stuck in his head and thats how he knew it would work in the film.

Sarah Mirza is an author and Swahili expert and gave a lot of advice in making this film. Phrases like Zuka Zama are in this movie, which means “pop up, dive in”.

Dr. Jill Mellen is an educator and Science Director and worked on giving knowledge on animals behavior in the wild. 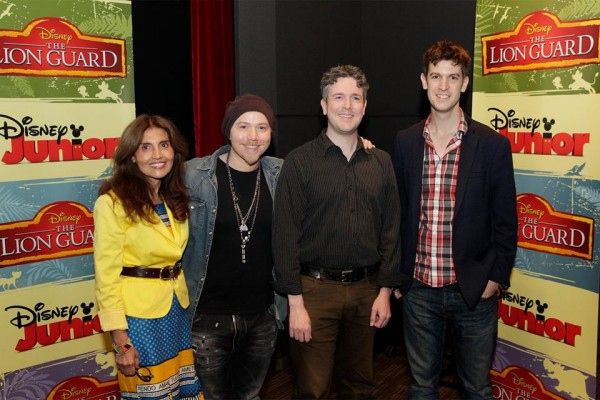 My Review: If you have small kids or just love Disney movies, you just may like this. It teaches us how it’s best to work as a team and build long lasting relationships. Each character was strong and unique in their own way and although they were all different they came together for the better good.  I also really liked how Nala took on the leadership role which is very important in today’s world. Great to watch with small children and your kids may pick up a new language because Swahili was used throughout the film. I took up this language in college, brought back so many fond memories! 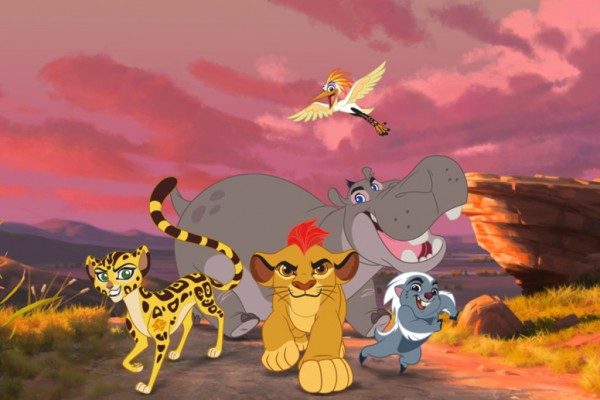 About The Lion Guard: The Return of the Roar:
Join Kion, second born cub of Simba and Nala, as he takes on the leadership of the Lion Guard and assembles of the best and brightest who will help maintain the Prideland and keep the circle of life intact. Kion gathers not a team of lions, as tradition has dictated, but his own Lion Guard team of the Pride Lands’ fiercest, bravest, strongest, fastest, and keenest of sight. But Kion himself must learn the power of his roar before a genuine and lasting peace can come to the Pridelands.

Meet the Lion Guard….
KION — The fiercest, and the leader of the Lion Guard. Kion is the second born cub of Simba and Nala and brother of future ruler of the Pridelands Kiara.

BUNGA — The bravest, and Kion’s best friend and co-conspirator. Bunga is a Honey Badger and adoptive son of Timon & Pumbaa.

FULI — The fastest cheetah in the Pridelands. And a tomboy who takes her position in the Lion Guard very seriously.

BESHTE — The strongest who is friends with everyone in the Pridelands. A happy hippo who is still realizing his full strength.

ONO — The keenest of sight, and the Lion Guard’s intellectual advisor. Ono is an Egret who always has his “eyes in the sky.”

Subscribe here for new The Lion Guard: Return of the Roar videos!
https://www.youtube.com/channel/UCw7S…

Hey guys check this out, in anticipation of the upcoming premiere of The Lion Guard: Return of the Roar, film your BEST ROAR! and post to your social media pages with #ReturnoftheRoar. Disney will donate one dollar up to $25,000 through the Disney Conservation Fund for every ROAR! You must post during the week of November 14-22. Last year, The Walt Disney Company directed nearly one million dollars through the Disney Conservation Fund to help protect more than 25 species of African wildlife in 16 countries, and with your help we can continue to help even more animals! xoxo

Check out my roar!

Check out this clip from Lion Guard!