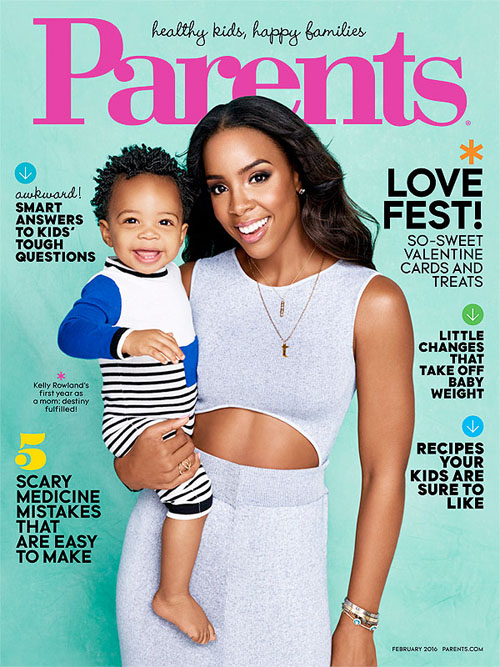 Awh hi baby! Check out the beautiful singer Kelly Rowland with her handsome son Titan! They cover the February issue of Parents magazine. Inside she chats about motherhood, things she has learned quickly about toddlers and so much more! It seemed like it was just yesterday she gave birth to him but now he is 1-years-old! More cute pics inside… 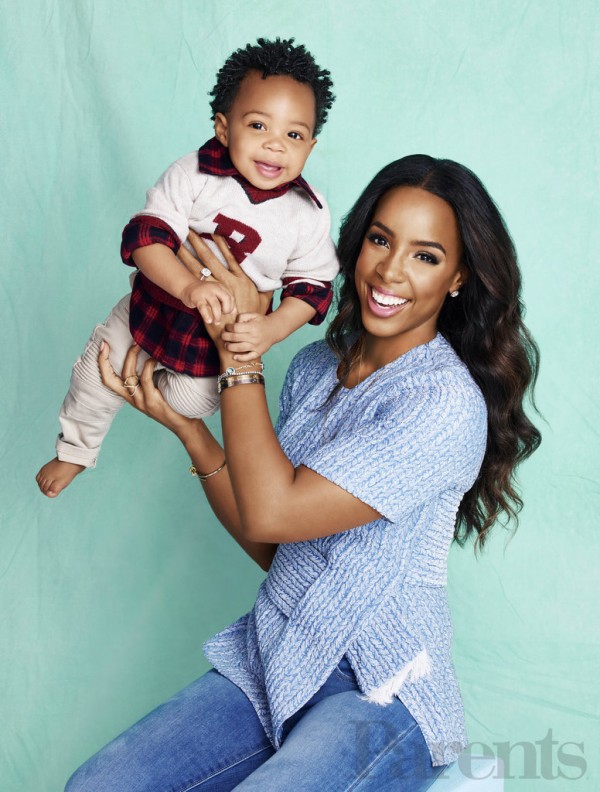 In between filming for her role on Empire, recording a new album, and developing an upcoming BET reality show that will search for the next chart-topping girl group, Kelly Rowland still finds time to be one of the world’s cutest moms. Kelly posed on the February issue of Parents magazine with her 1-year-old son, Titan, and thanks to their ear-to-ear grins, the picture-perfect pair could not look happier. “I was nervous that I didn’t have the patience to be a good mom, because before Titan I had zero,” Kelly told the magazine. “My OCD had to go out the window.

My living room looks like a freaking day care!” She also described how having friends with kids, like longtime pal Beyoncé, made a world of difference in her new life as a mom, and that nothing melts her heart the way Titan’s smile does. After seeing these photos, there’s no question why. Keep scrolling to see more sweet snaps, and check out Kelly’s adorable Destiny’s Child reunion with Michelle Williams! 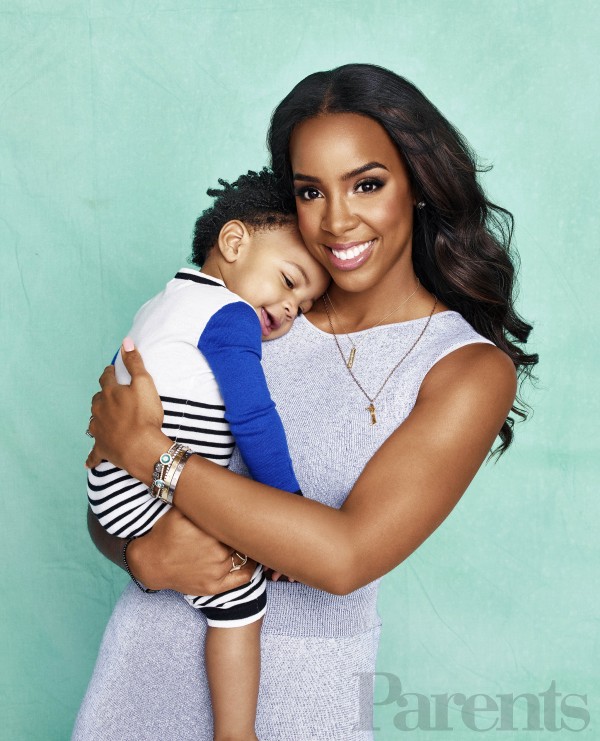 Grief aside, she had challenges to tackle—nursing being one of them. “I had my heart set on breastfeeding, but I wasn’t producing enough milk. I got down on myself, which I think was mentally limiting my supply,” says Rowland. She eventually supplemented with formula. And then there was the universal new-parent struggle for sleep. “Even when the baby was sleeping, Tim and I weren’t!” Rowland says. “That first week, Tim would poke at Titan to make sure he was breathing.” Also, “I was lax with a sleep schedule in the beginning,” she says. “But once I read about how babies thrive on a schedule, we implemented one.”

Still, it took a while for him to get in the swing of it. Now Titan’s asleep by 8:30 or 9 every night and he wakes up rested and happy.” Around the 4- or 5-month mark the family hit its stride. “That’s when I started seeing Titan smile,” she says, “and so I thought, ‘We must be doing something right if he’s happy!'” She remembers that first grin: “He was on the changing table and I was singing a silly song to him: ‘Titan’s so fly! Titan’s so fly!’ He just looked up at me and smiled and my heart melted.”

A New Outlook
“I was nervous that I didn’t have the patience to be a good mom, because before Titan I had zero. But now I am very patient. The Bible verse ‘love is patient’ is real!” she says. She’s also learned to let go. “I don’t make the little things into big issues like I once did,” she explains. “My OCD had to go out the window. My living room looks like a freaking day care!” Motherhood has also allowed the perfectionist to give herself a break when it comes to weight. Her advice to other new moms: “Write on your mirror in lipstick: ‘I had a baby. I’m a superhero.'” 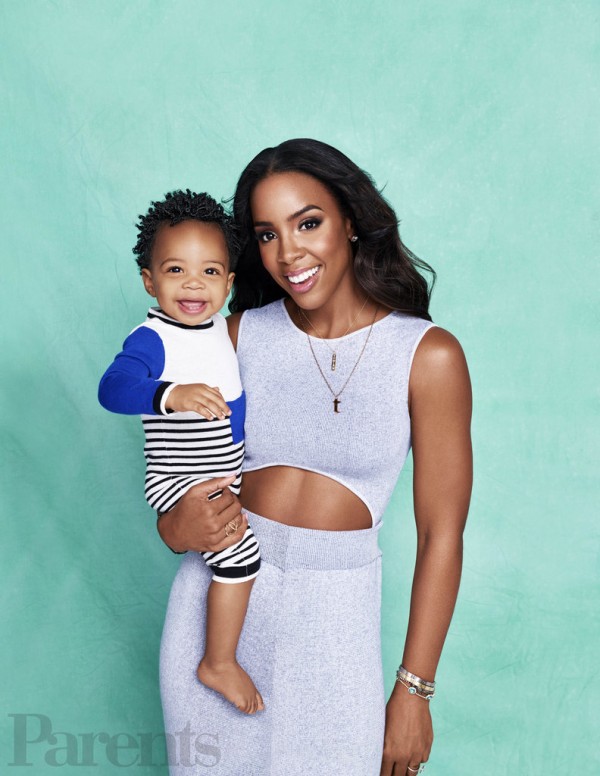 One thought on “Kelly Rowland & Baby Titan For ‘Parents’ Magazine”