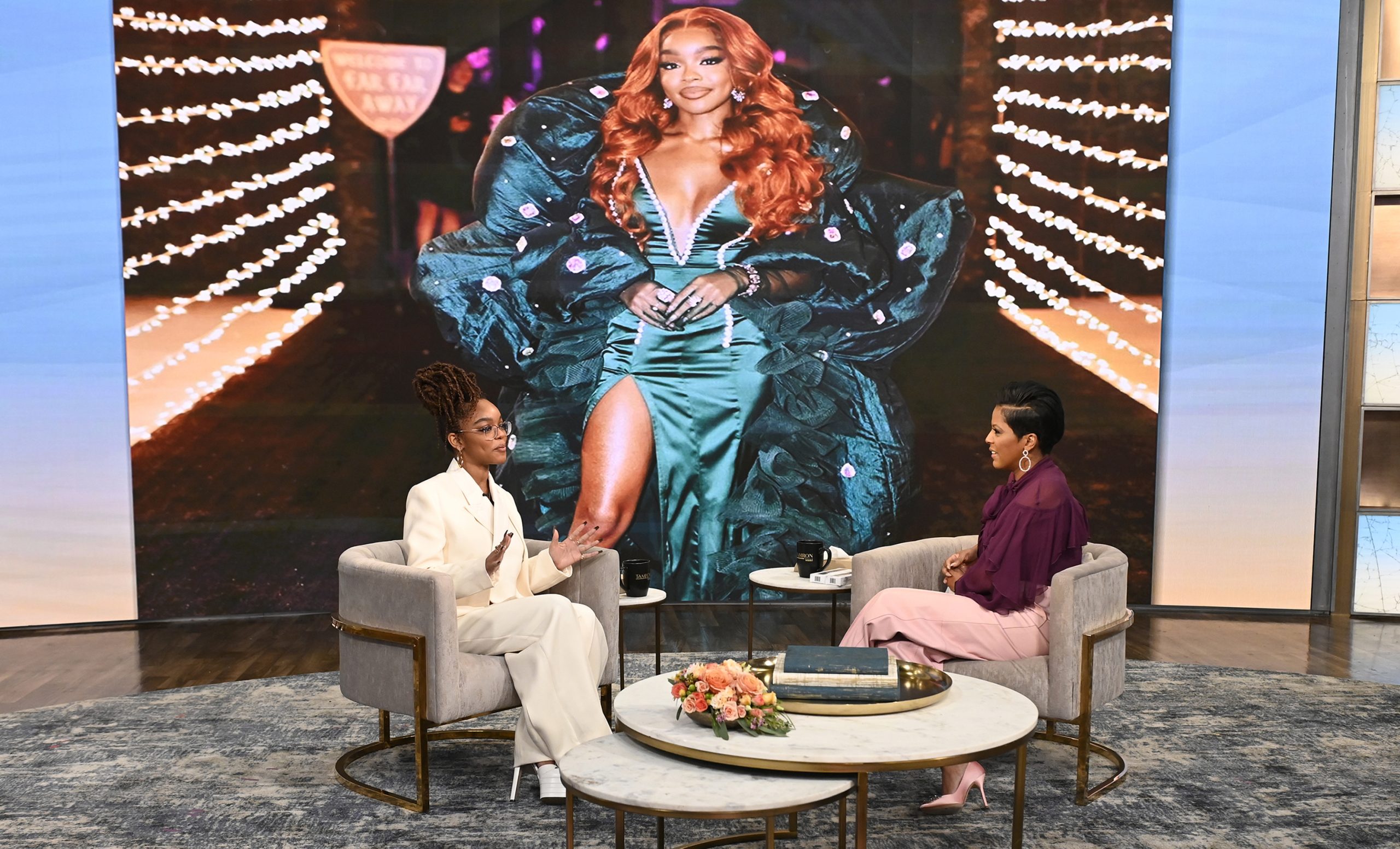 On today’s “Tamron Hall,” Tamron is joined by some of the “Tam Fam Favorites” including Melissa Joan Hart, who discussed the recent passing of friend and fellow child star Aaron Carter. Additionally, “Black-ish” actress and producer Marsai Martin opened up about walking in Rihanna’s Savage X Fenty fashion show and taking to the field for her new Paramount+ comedy film “Fantasy Football.” Plus, the best-selling female gospel artist of all time, CeCe Winans, tells Tamron about her friendship with Whitney Houston and being back on tour after 10 years for her new album and book, “Believe for It: Passing on Faith to the Next Generation.”

“Yo, I was so hyped, she’s so fine!…Ever since then, for sure, she has just grown immensely, being an entrepreneur, becoming, you know, like the bad girl that she is.” Martin explains the transition into modeling, “For sure and I know it can be hard for some people that have been watching me for so long…But you know, like being watched for so long on television ever since I was like eight or nine, you know, it’s a little nerve-wracking sometimes to walk into those spaces and know that eyes are watching.” Martin explains how she navigates it saying, “You know, just mind my business. Mind my business, do what I love. Take one step at a time in my own purpose and walk in my own lane. And, you know, I have amazing parents that support me and will never steer me wrong in no way possible. And my family overall, my aunties, my uncles, my cousins, they always protect me for sure. And then know like, ‘You do you boo!’”

CeCe Winans on working with Whitney Houston and why she called herself “the 11th Winan”:

“My mom had one sister. My father was the only child. They came together and I guess they said, ‘We will never be lonely again.’ Winans discusses her friendship with Whitney Houston, “Yeah, well, you know, it’s because we were blessed. I mean, Whitney came out, the year she came out, BeBe and I were singing, I think it was at the Image Awards and of course, she was winning everything. We were walking, actually, we were crossing and she said ‘BeBe and CeCe?’ and I’m like, ‘Wait a minute, how do you know us?’ But she had been listening to our music, our family’s music and that night we were in concert in a small little place in California and she said, ‘I’m gonna be there.’ And we were like, ‘Okay, sure.’ But she showed up that night, got up on stage with us, and ended up singing our songs. She ended up singing our songs better than we have ever sang them in our lives. So we were like, ‘it’s time for you to get off our stage!’ But that’s where we became sisters and friends. And she was my sister, you know, I still love her and I still miss her. But there is no voice like hers never ever. She’s amazing.”