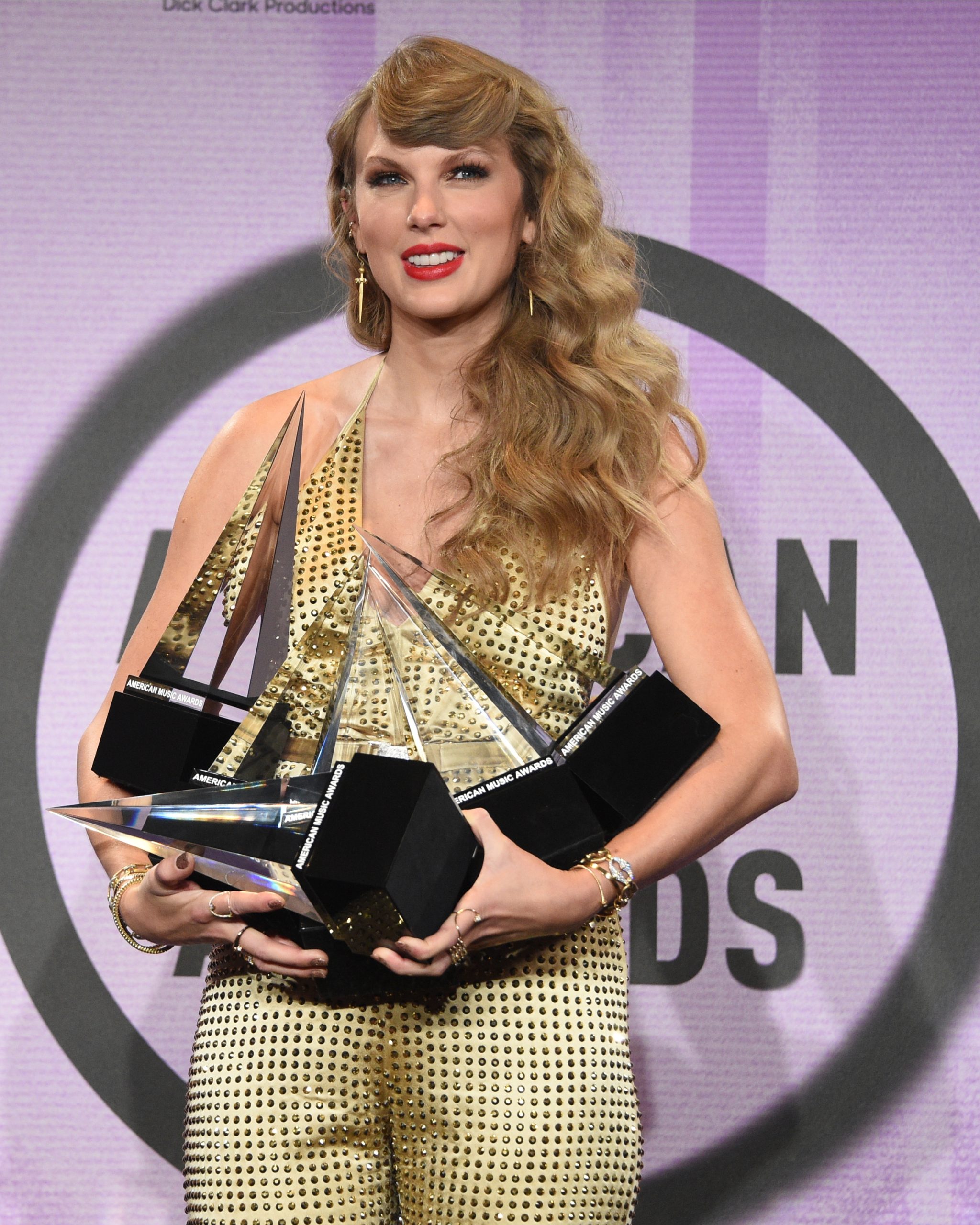 During the award show, singer Taylor Swift killed it with by winning in all six categories that she was nominated for wow! She also”won “artist of the year”, the night’s top honor, congratulations goes out to her! She also made history with 40 career wins.

I loved her outfit of choice too that she wore which was a gold sequins jumpsuit with belt and curly hair and red lip! She completed her look with gold drop earrings and accessories. What a star I tell you and I’m sure she is on top of the world right now! More pictures inside and the designer looks she was wearing and her speech…. 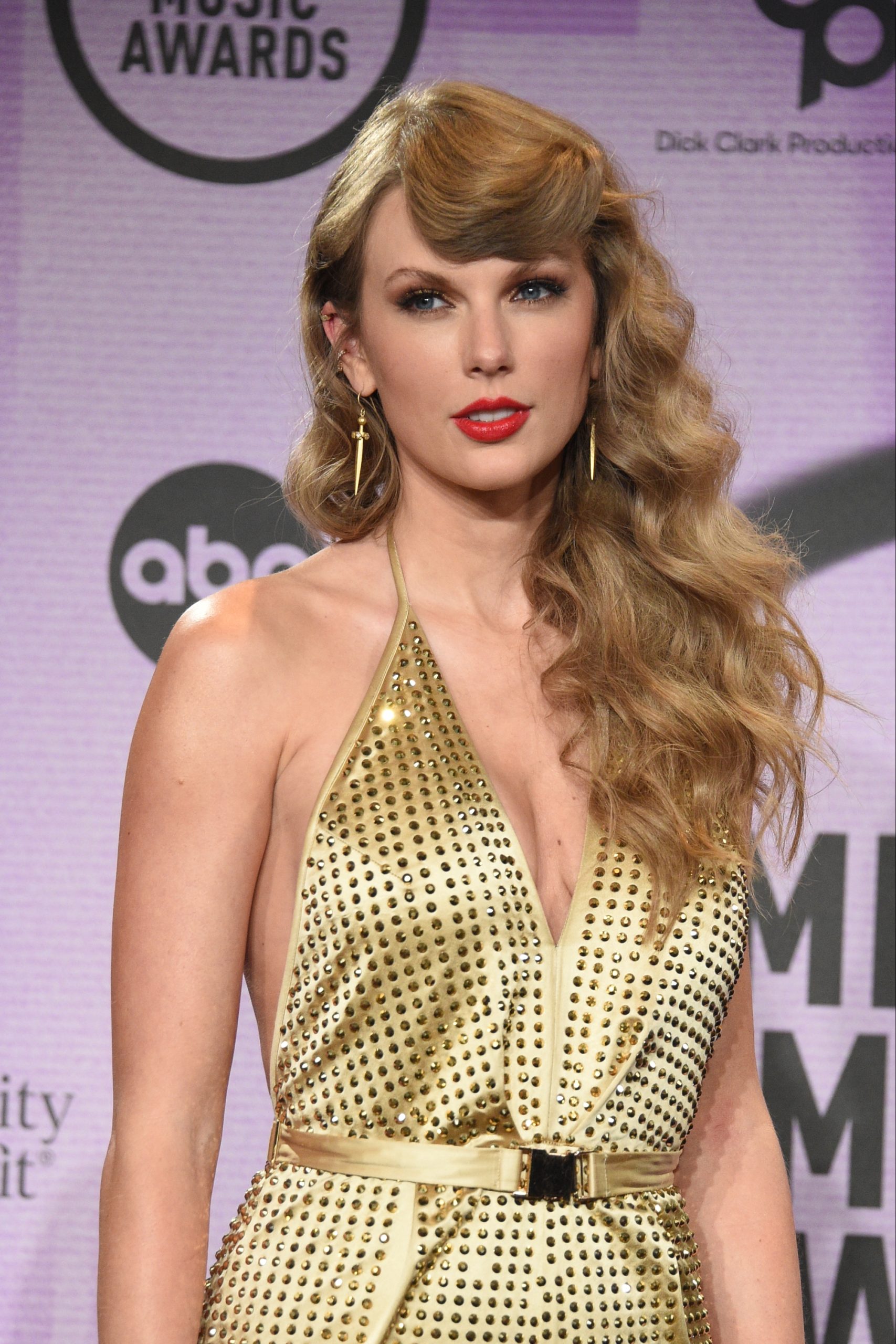 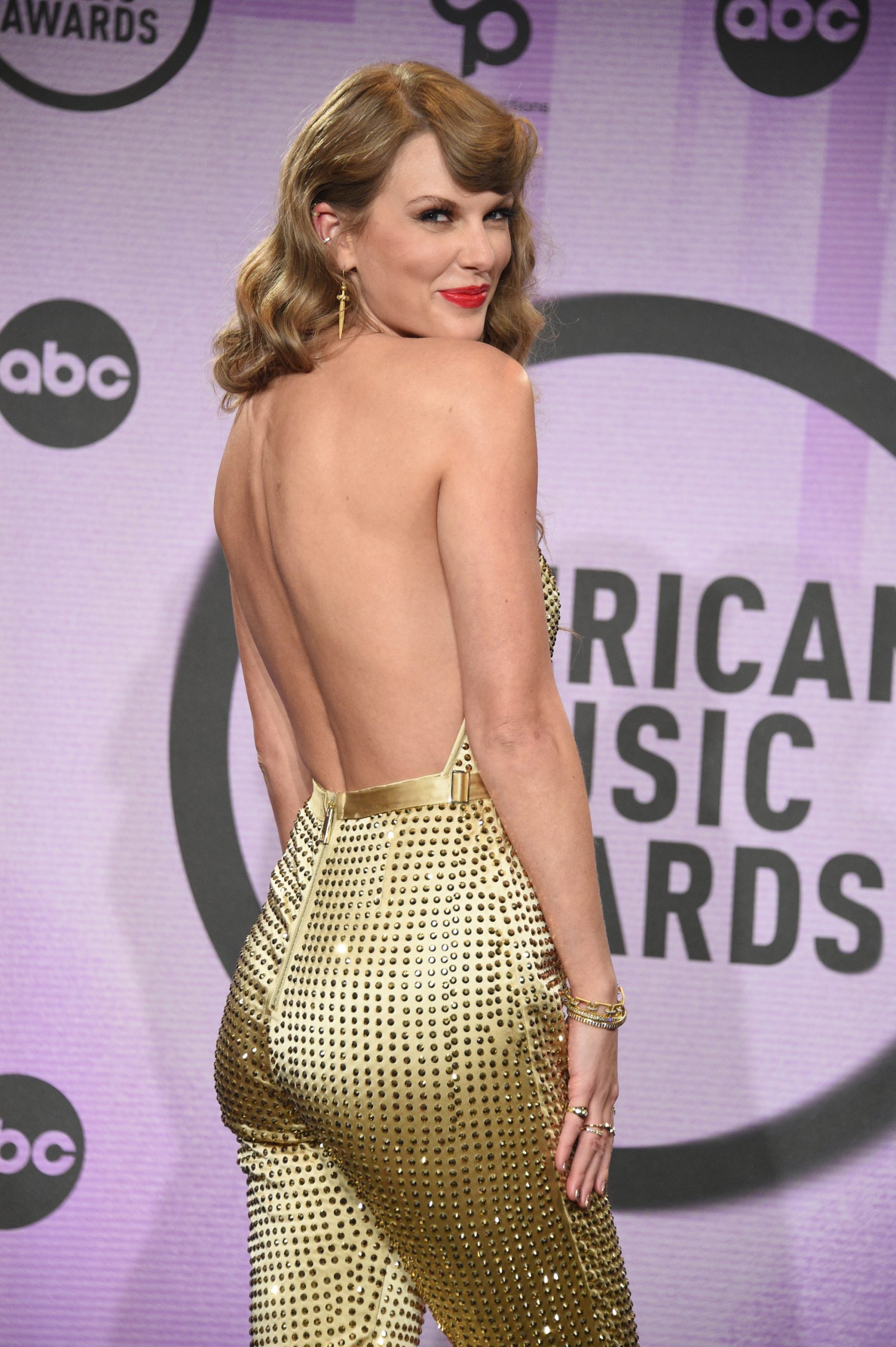 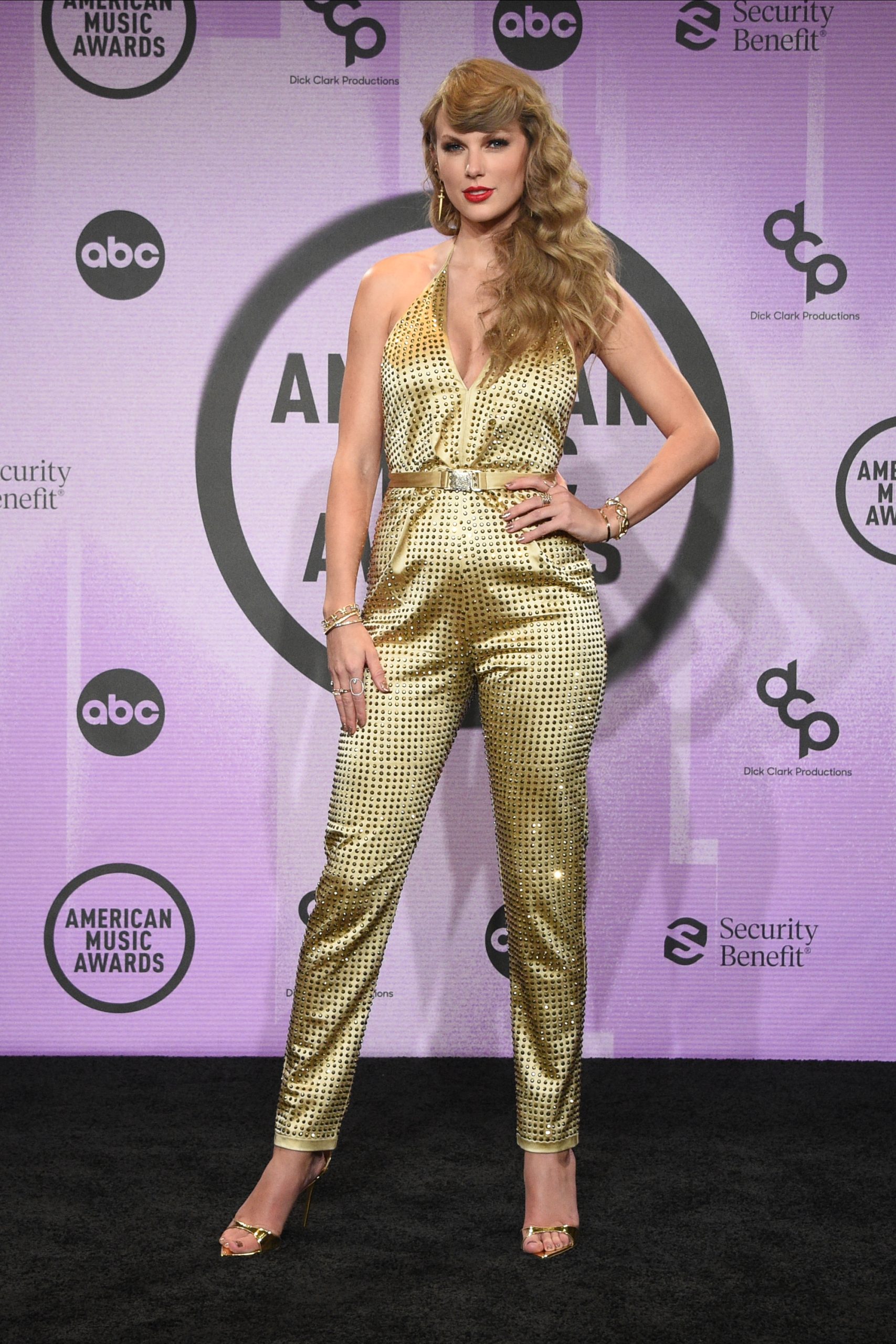 Taylor‘s jumpsuit is by The Blonds, her shoes are from Giuseppe Zanotti and her jewelry was by Delfina Delettrez,