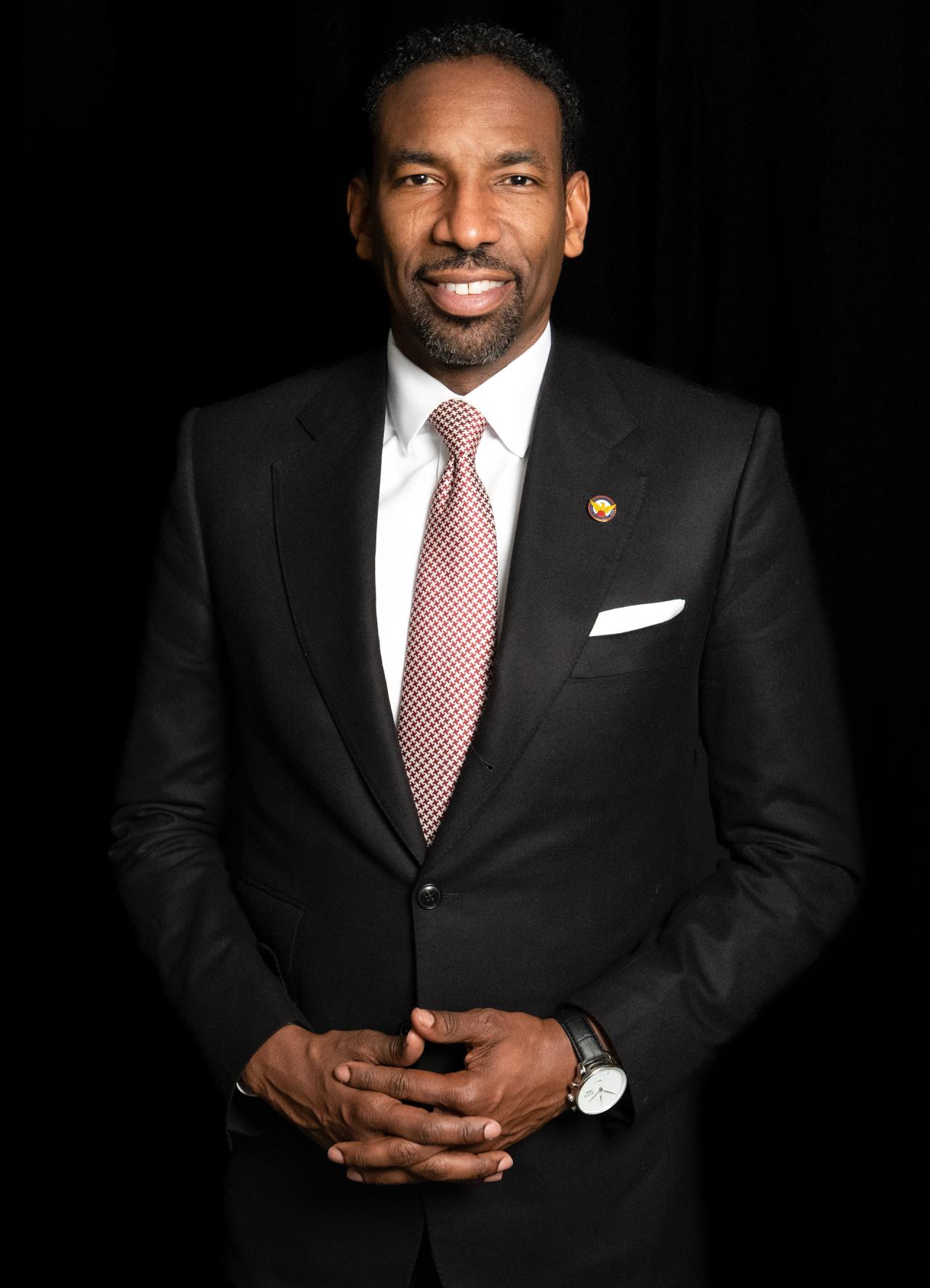 As the newly installed mayor of Atlanta, the Honorable Andre Dickens is excited to be hosting his first UNCF (United Negro College Fund) Mayor’s Masked Ball, scheduled for Saturday, Dec. 17, 2022 beginning at 6 p.m. with a reception and a program at 7 p.m., at the Atlanta Marriott Marquis, 265 Peachtree Center Ave NE, Atlanta, GA.

Mayor Dickens was elected on Nov. 30, 2021, as the 61st mayor of Atlanta. Prior to becoming mayor, he served as an at large City Council member for two terms. He is a chemical engineer, deacon, father and native Atlantan.

“We are honored Mayor Dickens will continue the long tradition of mayors hosting the Atlanta Mayor’s Masked Ball. The mayor is a man of heart and soul and his energy, leadership and experience will make a huge difference in the success of this legacy event,” said UNCF Assistant Vice President Justine Boyd.

Joining Mayor Dickens as Honorary Chair of the Ball is Nicole “Nikki” Clifton, president of Social Impact, at the UPS Foundation where she leads UPS’s global philanthropy, social impact and international community affairs and oversees the company’s efforts to respond to the world’s most pressing social, humanitarian, and environmental needs. UPS is joined by Nike and Delta Airlines as the Presenting Sponsors of the Ball.

During the past 78 years, UNCF has empowered more than half million students to earn college degrees. As the largest and most effective minority education organization in the United States, UNCF actively supports 37 private historically Black colleges and universities (HBCUs) and advocates for minority higher education. Education has always been at the forefront of UNCF’s fundraising mission. With the success of the Mayor’s Masked Ball, thousands of students have a brighter future because of the support they receive. In the 2020-21 school year, 928 awards totaling $6,732,895 were given to students in Georgia. In the past few years, more than 800 students attending UNCF member schools were either able to attend college or continue their college education without the interruption of financial challenges.

For more information and to sponsor or purchase tickets visit UNCF.org/AtlantaMMB or call 404.302.8623.

UNCF (United Negro College Fund) is the nation’s largest and most effective minority education organization. To serve youth, the community and the nation, UNCF supports students’ education and development through scholarships and other programs, supports and strengthens its 37 member colleges and universities, and advocates for the importance of minority education and college readiness. While totaling only 3%of all colleges and institutions, UNCF colleges and universities are highly effective, awarding13% of bachelor’s degrees, 5% of master’s degrees, 10% of doctoral degrees and 24% of all STEM degrees earned by black students in higher education. UNCF administers more than 400 programs, including scholarship, internship and fellowship, mentoring, summer enrichment, and curriculum and faculty development programs. Today, UNCF supports more than 60,000 students at over 1,100 colleges and universities across the country. Its logo features the UNCF torch of leadership in education and its widely recognized trademark, ‟A mind is a terrible thing to waste.” ® Learn more at UNCF.org or for continuous updates and news, follow UNCF on Twitter at @UNCF