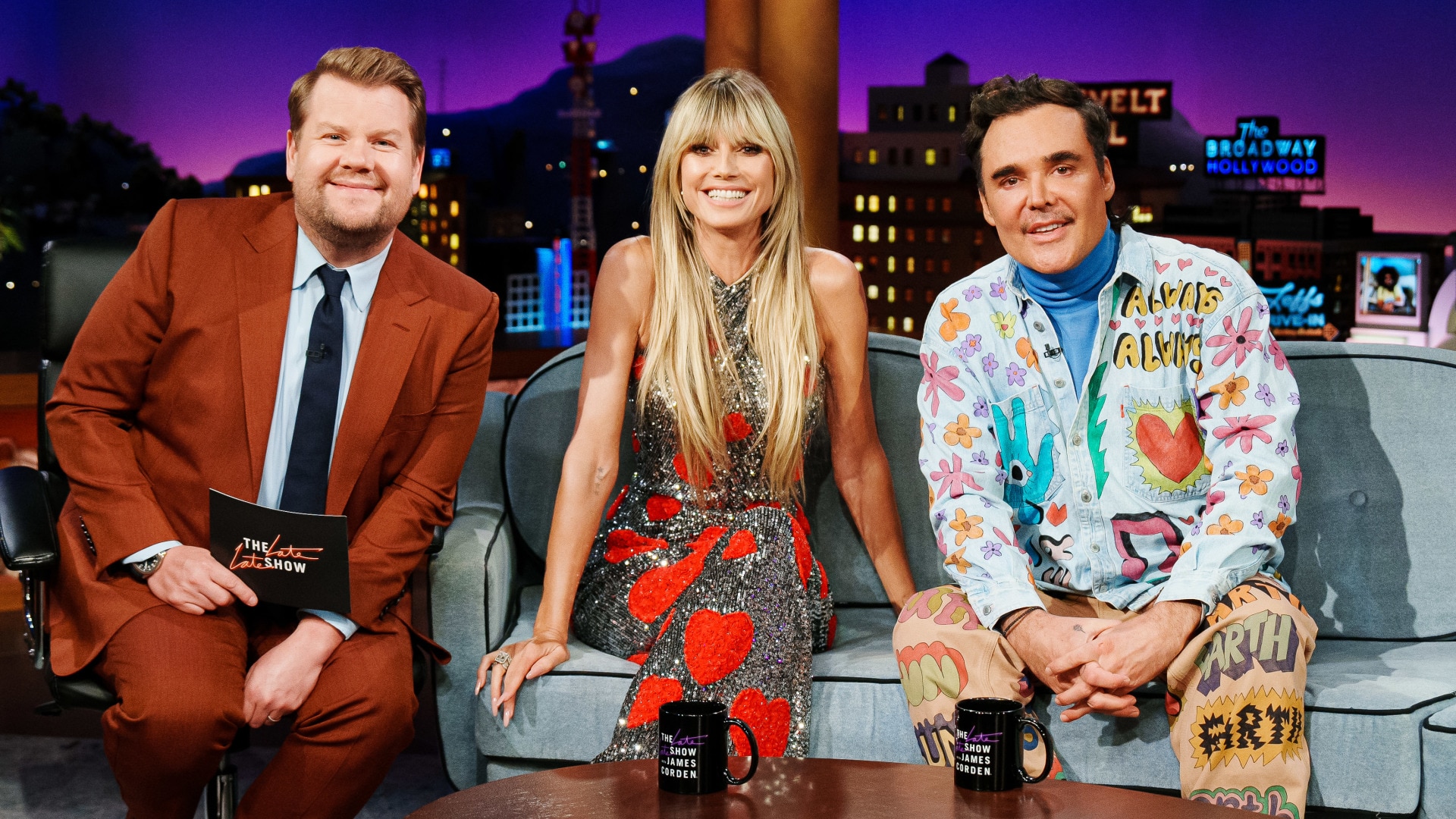 It was good to see Tv Personality and Supermodel Heidi Klum on The Late Late Show with James Corden. James welcomed his guests Heidi and famed photographer David LaChappelle and asked him to share what he remembered about some of his famous images with Whitney Houston, David Beckham and Britney Spears.

Later “America’s Got Talent” judge Heidi Klum told James what it’s been like to have her daughter go off to college. David recalled the journey from working as Liza Minnelli’s Studio 54 busboy to shooting one of her album covers years later.

James challenged Late Late Show staffers to recreate images from photographer David LaChapelle’s iconic body of work – and wow, did they manage to ace the assignment! See the video clip inside and I have details on that fabulous sequins Queen of Heart dress she was wearing! 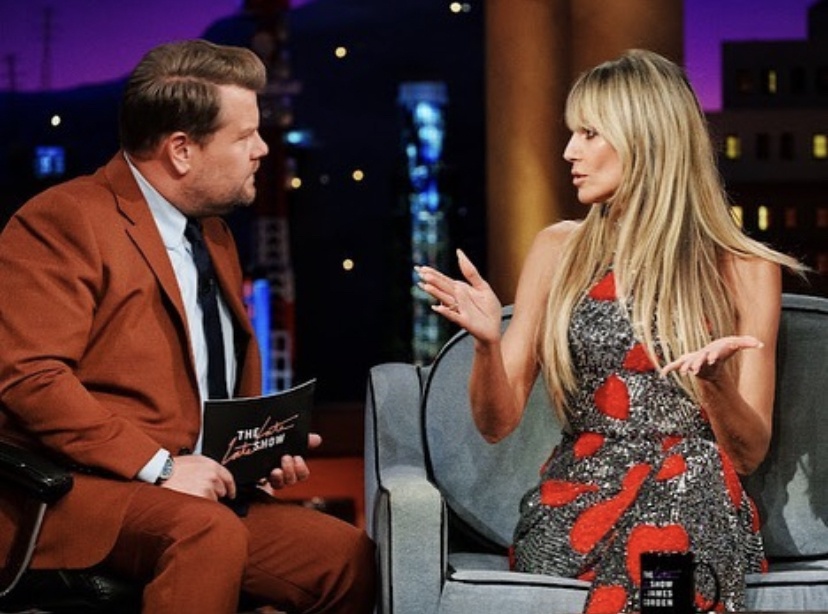 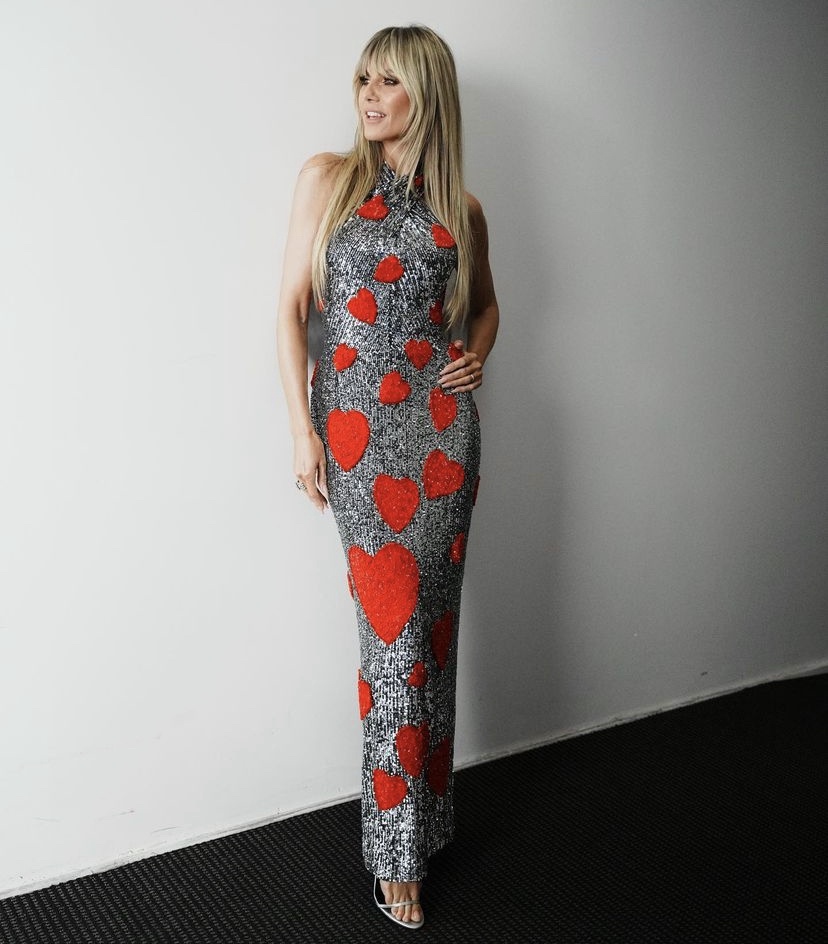 Heidi was wearing a Queen of Hearts dress by Naeem Khan Pre Fall 22 Collection and shoes by Superga.