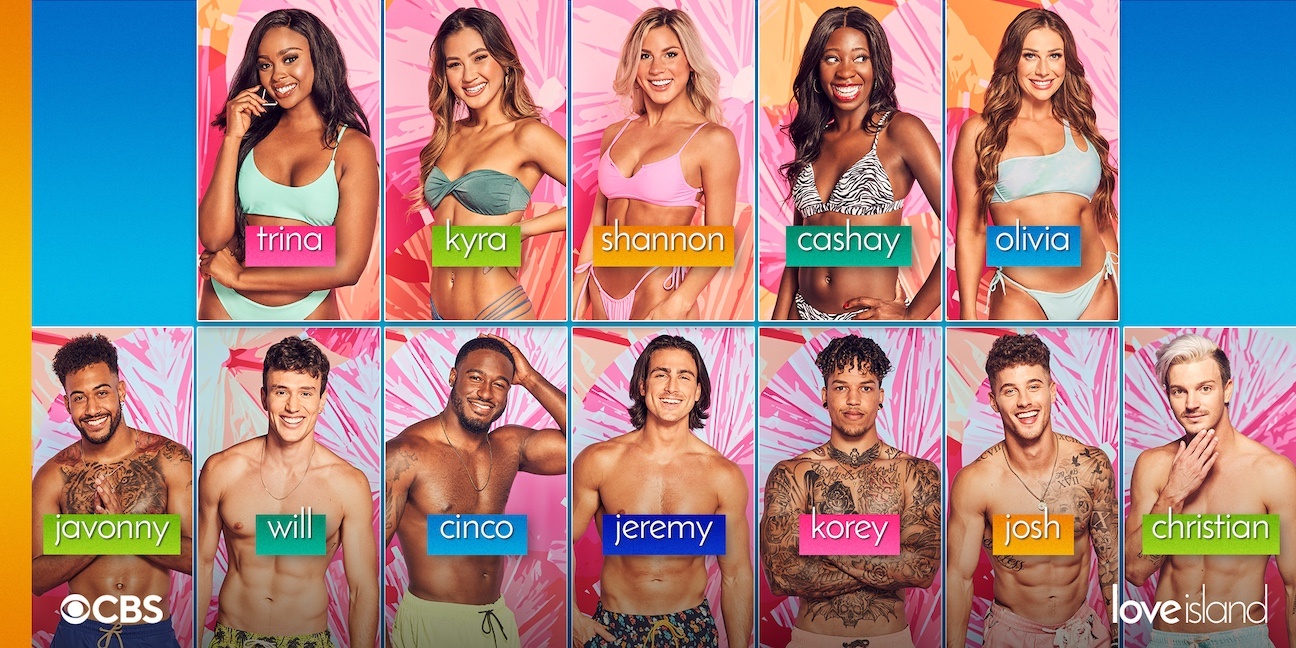 LOVE ISLAND announces the 12 new sexy singles who are ready to mingle and find their perfect matches when they kick off this summer of love in Hawaii on the third season of the unpredictable romantic reality series! Find out who says “aloha” to romance among the first group of Islanders, which includes a real estate investor, a Covid relief worker, a psychiatric nurse and a personal trainer, on LOVE ISLAND’s special 90-minute season premiere,Wednesday, July 7 (9:30-11:00 PM, ET/PT), on the CBS Television Network, and available to stream live and on demand on the CBS app and Paramount+.

In addition, there is more to LOVE this summer on Paramount+ when, for the first time, 15 hours of exclusive content, including unfiltered glimpses into the villa and fiery episodes featuring content too hot for broadcast, will be available to stream.

Host Arielle Vandenberg and narrator Matthew Hoffman return with even more love and romance this summer as the show escapes the desert and heads back to the beach. Islanders will couple up on the sundrenched Hawaiian Island where they will be ready for more texts, fireside ceremonies, challenges and friendships. It is not all sun and rainbows, though, when the ultimate temptation, Casa Amor, returns. And, as always viewers can vote on the Love Island app all season long, having input on who goes on dates, who’s at risk from being dumped from the Island and who are fan favorites. Ultimately, one couple will triumph and be crowned the winners of LOVE ISLAND.

The following are the first 12 Islanders embarking on a summer of love. Additional Islanders will be introduced and announced as the season progresses.

LOVE ISLAND is the sizzling summer series based on the international smash hit and cultural phenomenon. The matchmaking begins as a group of single “Islanders” come together in a stunning villa in the sundrenched Hawaiian Islands, ready to embark on a summer of dating, romance, and ultimately, relationships. The ultimate temptation, Casa Amor, will be back as well as new games and challenges that test and strengthen the couples’ relationships. Every few days the Islanders pair up and those who are not coupled are at risk of being dumped from the island. Islanders are on the lookout for romance, but the road to love doesn’t always run smoothly. Challenges abound with intriguing new Islander arrivals and dramatic twists as friendships and relationships form. In addition to choosing their partners wisely, Islanders must also win the hearts of viewers who have the opportunity to shape events on screen and ultimately crown one lucky couple the winner who will then have the chance to walk away with both love and the cash prize.

The LOVE ISLAND app provides fans with an immersive experience. Users of this app are treated to around the clock content, messages and all the gossip from inside the Villa. For more info on the Islanders and to influence the show, download the free LOVE ISLAND app on ios and android smart devices. Users get a say in who is hot and who is not, can stir things up by deciding who stays and who goes packing, and receive exclusive updates straight to the palm of their hand.