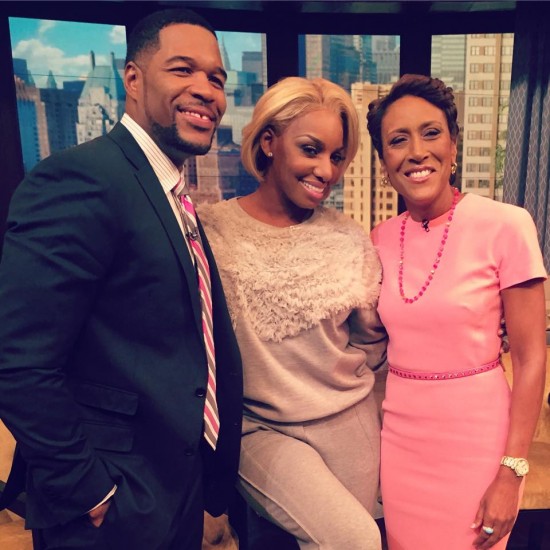 Reality Diva NeNe Leakes stopped by Live Kelly and Michael morning show today to chat about her being on Broadway for the play Cinderella and the reunion show on Atlanta Housewives. She gave her honest opinion on who she thought should leave the show and why the girls were so angry with her. She said she thinks all the girls that are not married should exit the show but maybe keep one single girl but she also stated that she was not going anywhere but they are trying to knock the queen off her thrown. Bloop!

I texted her after the live show and asked her what was she wearing and she responded and said she was wearing a Jason Wu Chiffon embellished sweatshirt with matching pants(sold out) and Christian Louboutin pumps. Part 2 of the three-part reunion show of The Real Housewives of Atlanta airs again this Sunday at 8pm on Bravo! xoxo 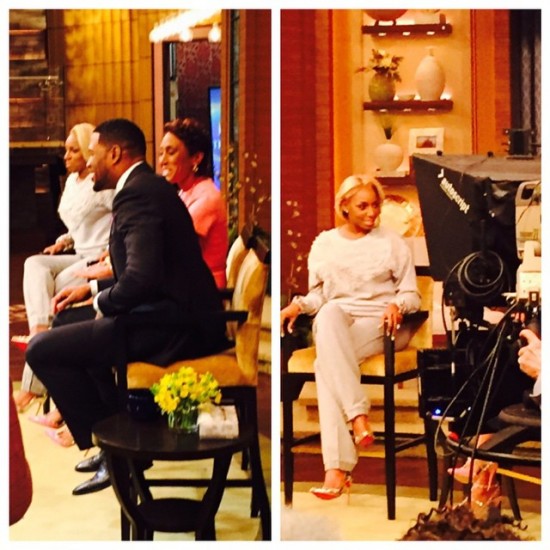