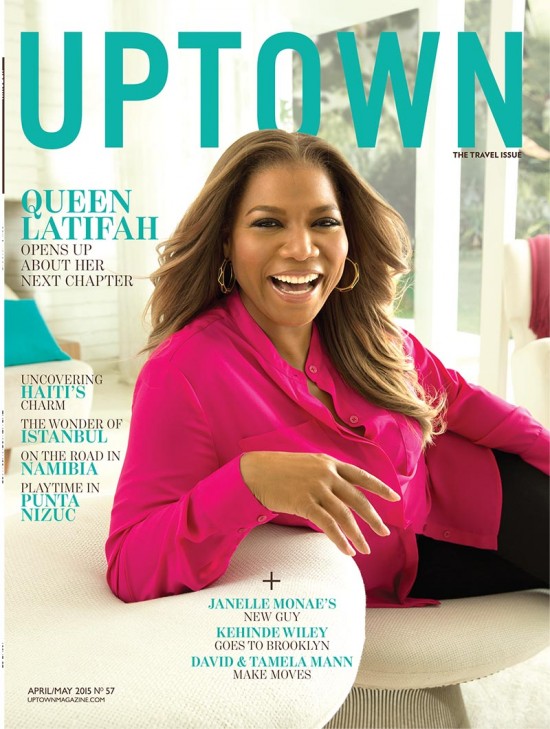 UPTOWN is pleased to share with you the new cover featuring Queen Latifah and the cover story, “Queen Latifah’s Next Move,” written by Niki McGloster and shot by Ari Michelson. Latifah is in the midst of finishing Bessie, HBO’s powerful biopic of blues singer Bessie Smith, and discusses the film, sexuality, and what’s next now that her eponymous talk show has been canceled. Below are some highlights from UPTOWN’s cover story with Queen Latifah. Attached you’ll find the cover image, as well as an in-book image. Please link back to UPTOWN if you choose to cover. Check out what she has to say inside! 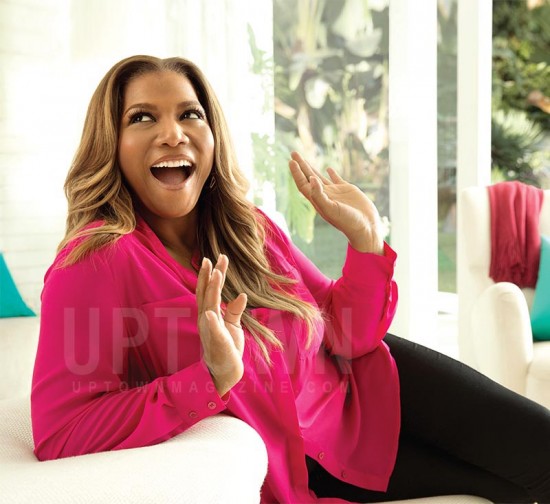 Queen Latifah on her nude scene in HBO’s Bessie: “I’ve never done that before. It was a little odd but it was also a quiet, relaxing thing. Sometimes she was so alone, and it was a moment for Bessie to acknowledge her vulnerability, which I can completely relate to … I don’t find [this nude scene] any more uncomfortable than kissing a girl in Set It Off and sticking to the script. You have to take your mind off of yourself and honor that character. Respect Cleo, respect Bessie.”

On homosexuality: “People’s ideas in general are antiquated when it comes to who you love. We haven’t moved as quickly as we probably should. And the reality is that there’s always been gay people in the black community, so it’s not foreign to us. And not just as a black community but just a society as a whole.”

On marriage equality: “Who you choose to marry is really up to you and it’s not something you should be judged on. I don’t find being gay or lesbian to be a character flaw. Couples should be protected under the laws of this country period. It actually angers me.”

On her talk show, The Queen Latifah Show, being canceled: “Obviously it was disappointing but I don’t look at these things as catastrophic failures. We have a lot going on in our company alone, so I’m not worried about my next job opportunity.”

On Bill Cosby amid the rape allegations: “It’s unfortunate because he has done so much in terms of entertainment, culture and black folks. But right is right and wrong is wrong. All these women, all these stories, it’s just – what a big stain on such an amazing career.”