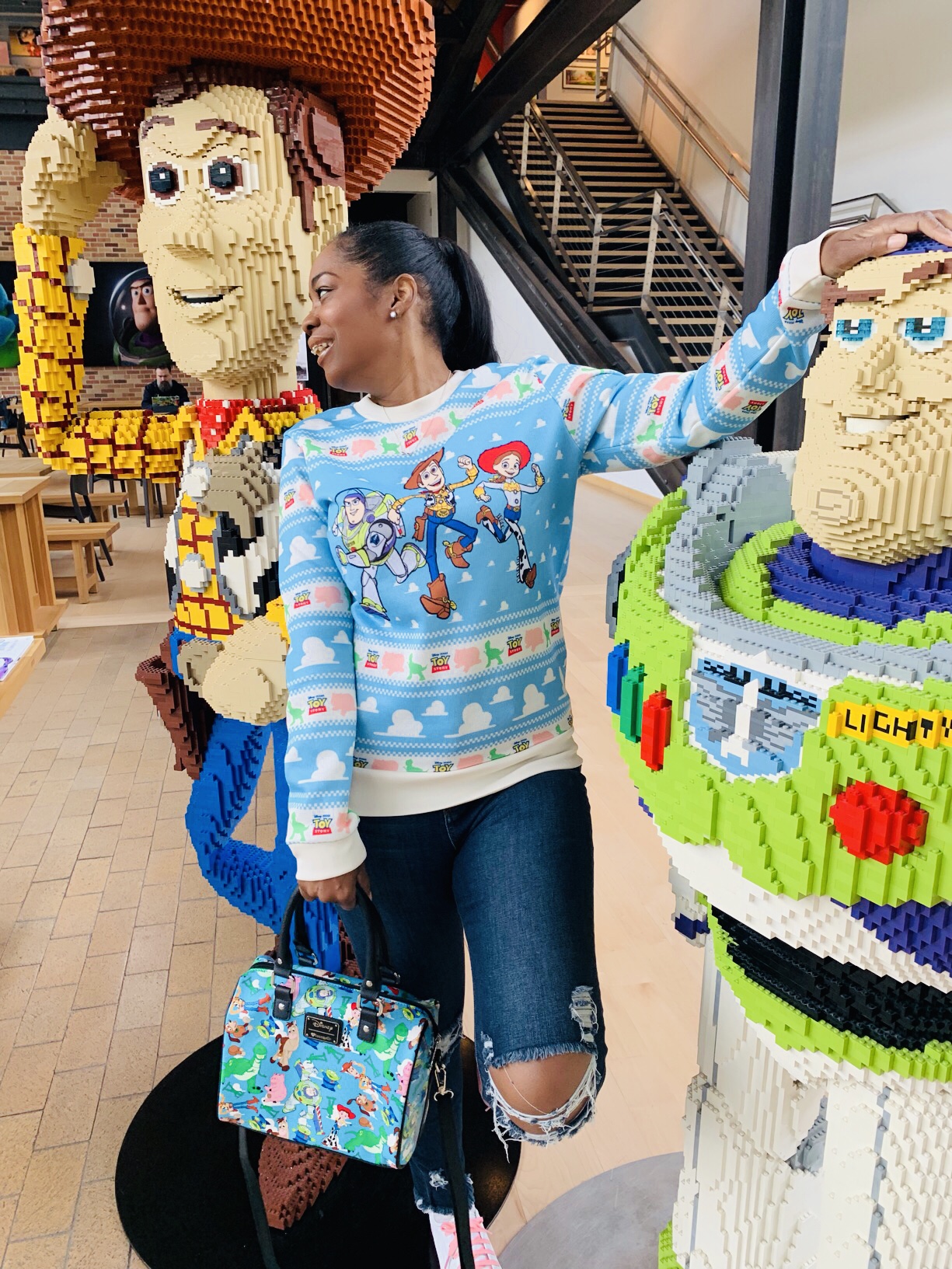 I had a chance to visit Pixar Animation Studios in San Francisco, Ca a few months back and I had a blast! I was invited by Disney and they wanted us to see how they put their animation films together. I was super excited because we also saw how they made the upcoming film, Toy Story 4. While there, they showed us some of their new characters which I totally fell in love with!

My favorite in the movie is “Forky” and trust me, if you take your family to see it this weekend, they will love him too! Check out inside some of the newest characters that are featured in the movie and Toy Story 4 hits theaters this Friday.

FORKY is not a toy! At least that’s what he thinks. An actual spork-turned-craft-project, Forky is pretty

sure that he doesn’t belong in Bonnie’s room. Unfortunately, every time he tries to get away, someone yanks him back into an adventure he’d rather skip. “The world of Toy Story is built upon the idea that everything in the world has a purpose,” says Cooley. “A toy’s purpose is to be there for its child. But what about toys that are made out of other objects? Forky is a toy that Bonnie made out of a disposable spork, so he’s facing a crisis. He wants to fulfill his purpose as a spork, but now has a new toy purpose thrust upon him.”

Woody—ever the caretaker—assumes the role of Forky’s keeper, which in the beginning, just means keeping him out of the trash. “We loved the idea of Forky,” says producer Jonas Rivera. “He doesn’t understand the rules of the world, so he doesn’t play by the rules, which really makes the story feel fun and new. But it makes life hard for Woody who’s just trying to help Forky understand the importance of his kid.”

Filmmakers called on comedian Tony Hale to provide the voice of Forky. Says Cooley, “When we thought up this character, Tony was the first actor that came to mind and I’m thrilled he accepted. Tony’s performance as Forky is a comedy salad of confidence, confusion and empathy… served by hilarious spork.”

GABBY GABBY is an adorable, talking pull-string doll from the 1950s. But unfortunately for her, a manufacturing defect in her pull-string voice box has left her sounding anything but adorable. She has spent more than 60 years forgotten in the depths of a jam-packed antique store—her only companions are a band of voiceless ventriloquist dummies. Gabby Gabby knows someone will want her if only she can find a working voice box to repair hers.

Says screenwriter Stephany Folsom, “Gabby Gabby and Woody have the exact same philosophy, which is to be there for your kid no matter what. But unlike Woody, Gabby’s never actually had that experience, so she clings to the fantasy of what it would be like to be with a kid.”

Gabby Gabby is voiced by Christina Hendricks. “It became obvious right away that Christina was the perfect actress to play Gabby Gabby,” says director Josh Cooley. “She has the ability to sound inviting and friendly, then subtly become cold and terrifying in just a few words. It still gives me chills when I see Gabby’s introduction in the film. Also, Christina told me that she preferred playing with ventriloquist dummies over dolls as a kid. That’s when I knew it was meant to be.”

BENSON is a classic, antique ventriloquist dummy, and Gabby Gabby’s right hand. He leads a small group of ventriloquist dummies that serve as Gabby’s henchmen. With no person to give them a voice, these silent toys patrol the antique store with a looming quietness that is inherently unsettling.

“The dummies are, by far, some of the creepiest characters we’ve ever created,” says producer Mark Nielsen. “Our animators really leaned into the truth in materials for how our ventriloquist dummies move. Dummies’ bodies are soft with no structure, so our dummies’ arms just dangle and their legs bend backwards. Throw in their fixed expressions with their wide eyes and big hinged jaws and they’re nightmare material—in the best way possible.” 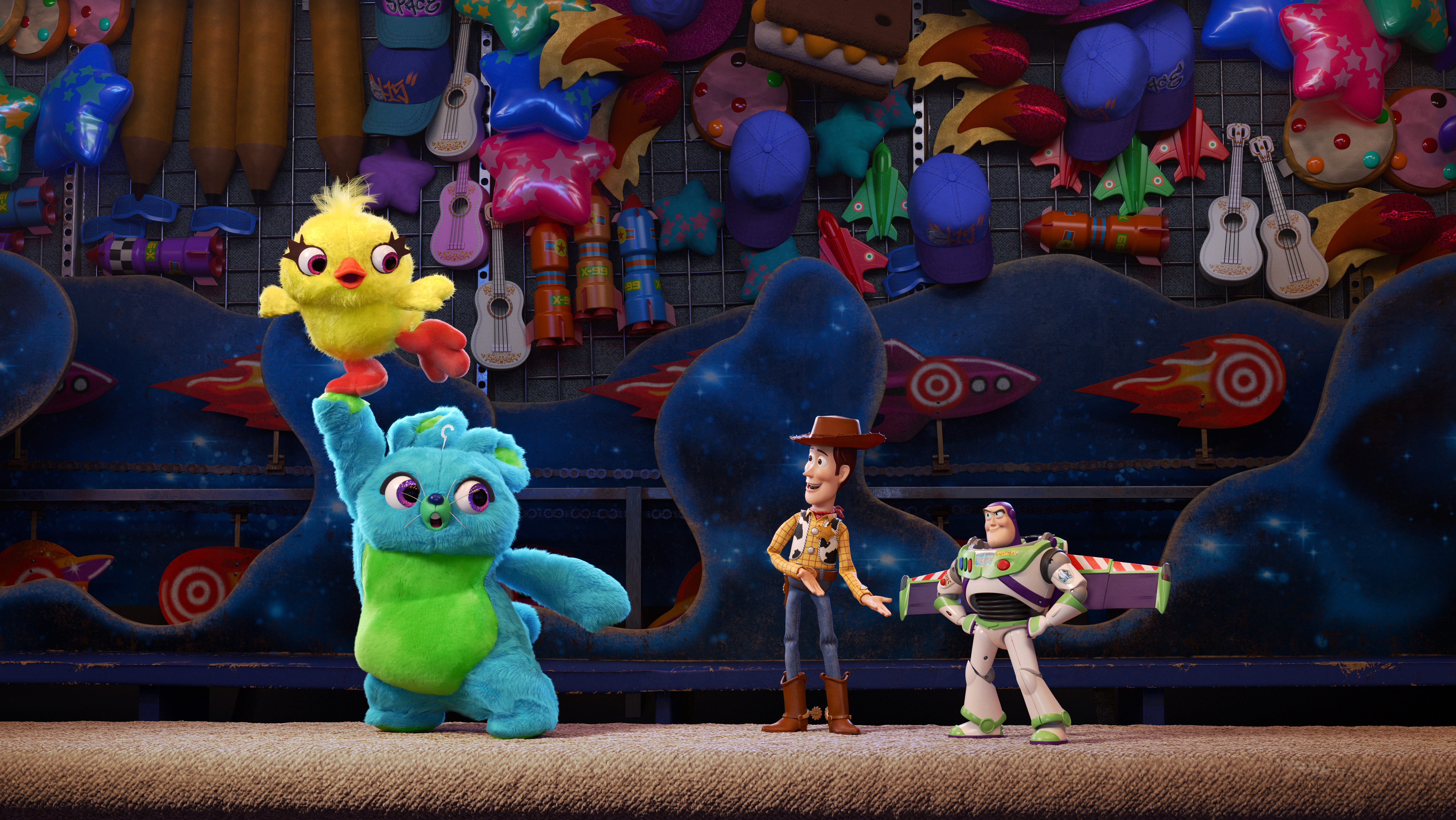 DUCKY and BUNNY are carnival prizes who are eager to be won. But when their plans are rudely interrupted, they find themselves on an unexpected adventure with a group of toys who have no idea what it feels like to be tacked to a prize wall. “Ducky and Bunny bring a new level of fun to the ‘Toy Story’ universe,” says producer Mark Nielsen. “Their view of the world has been very singular as they go from town to town in the same booth staring out at the world. They have no moral compass because they’ve watched kid after kid spend money on a game that’s unwinnable by design. Not only are they learning bad things about human nature, they’re trapped because of it.”

“Keegan-Michael Key and Jordan Peele, who voice Ducky and Bunny, are two of the most brilliant minds I’ve ever seen,” says Cooley. “Of course, they are effortlessly funny, which would be enough. But they are incredible actors that understand story. Their improvs weren’t just for comedy sake, they were story motivated which elevated Ducky and Bunny and the film to a level I never could have expected.”

GIGGLE MCDIMPLES is a miniature plastic doll from the 1980s Giggle McDimples toy line. Giggle is Bo Peep’s best friend. Small enough to perch on Bo’s shoulder, Giggle is Bo’s confidant, supporter and advisor. “Giggle is Bo’s Jiminy Cricket—we’re able to get insight on Bo through their relationship together,” says Cooley. “Giggle is definitely the smallest toy in the Toy Story universe. She’s been stepped on, vacuumed up, and probably put up a kid’s nose in her time.”

DUKE CABOOM is a 1970s toy based on Canada’s greatest stuntman. Riding his powerful Caboom stunt-cycle, Duke is always prepared to show off his stunt poses with confidence and swagger. However, Woody learns quickly that Duke has an Achilles heel: He has never been able to do the awesome stunts advertised in his own toy commercial. For years, Duke has been sitting in an antique store, constantly reliving the failures of his tragic past.

Duke Caboom is voiced by another great Canadian, Keanu Reeves. “The first time Josh [Cooley] and I talked with Keanu about the role, Keanu became Duke Caboom,” says producer Jonas Rivera. “Keanu was asking great questions that dug deep to find the soul of the character. At one point he stood up on the table in the middle of Pixar’s atrium and struck poses while proclaiming victory. It was so funny. It’s all in the movie and it’s all Keanu.” 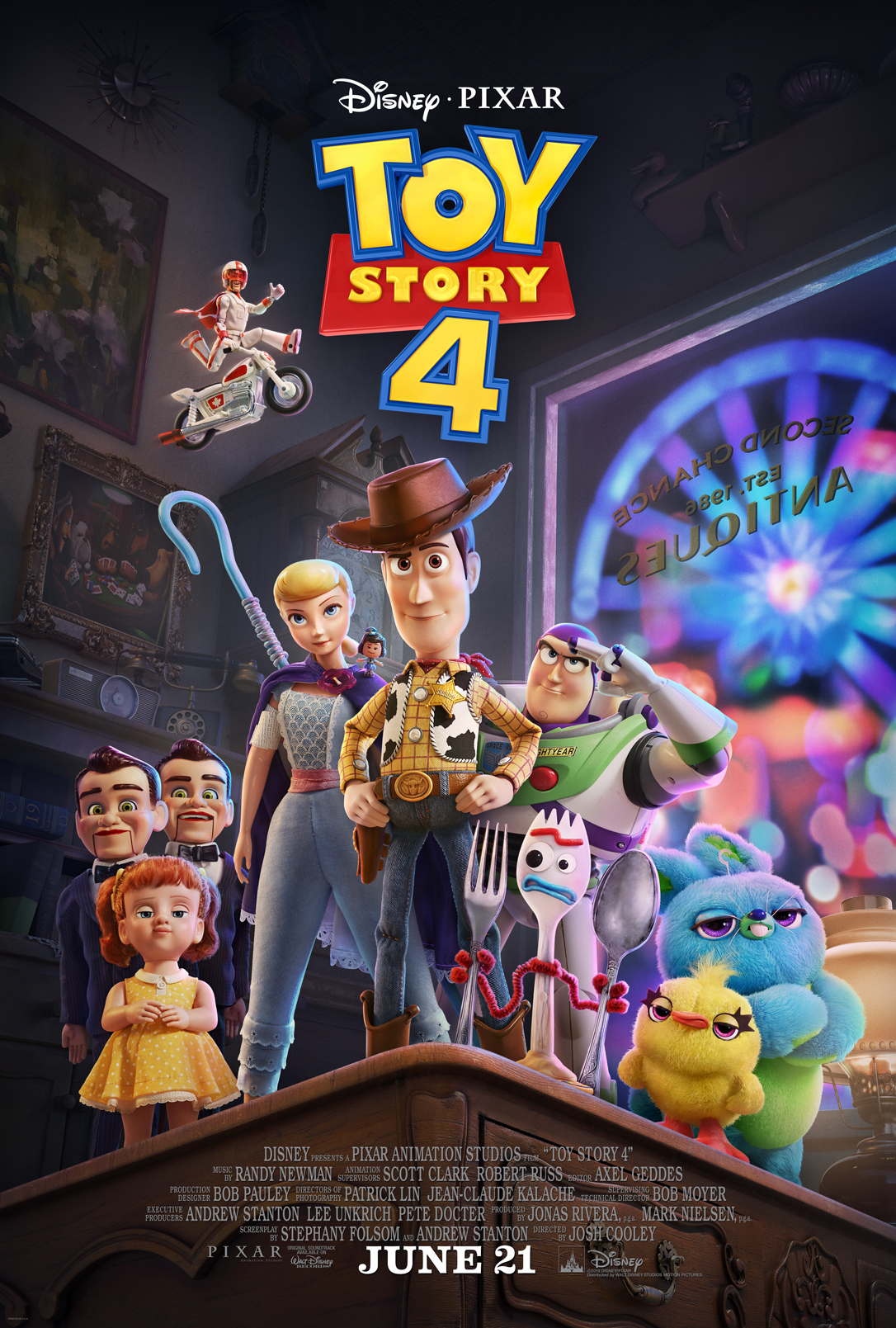