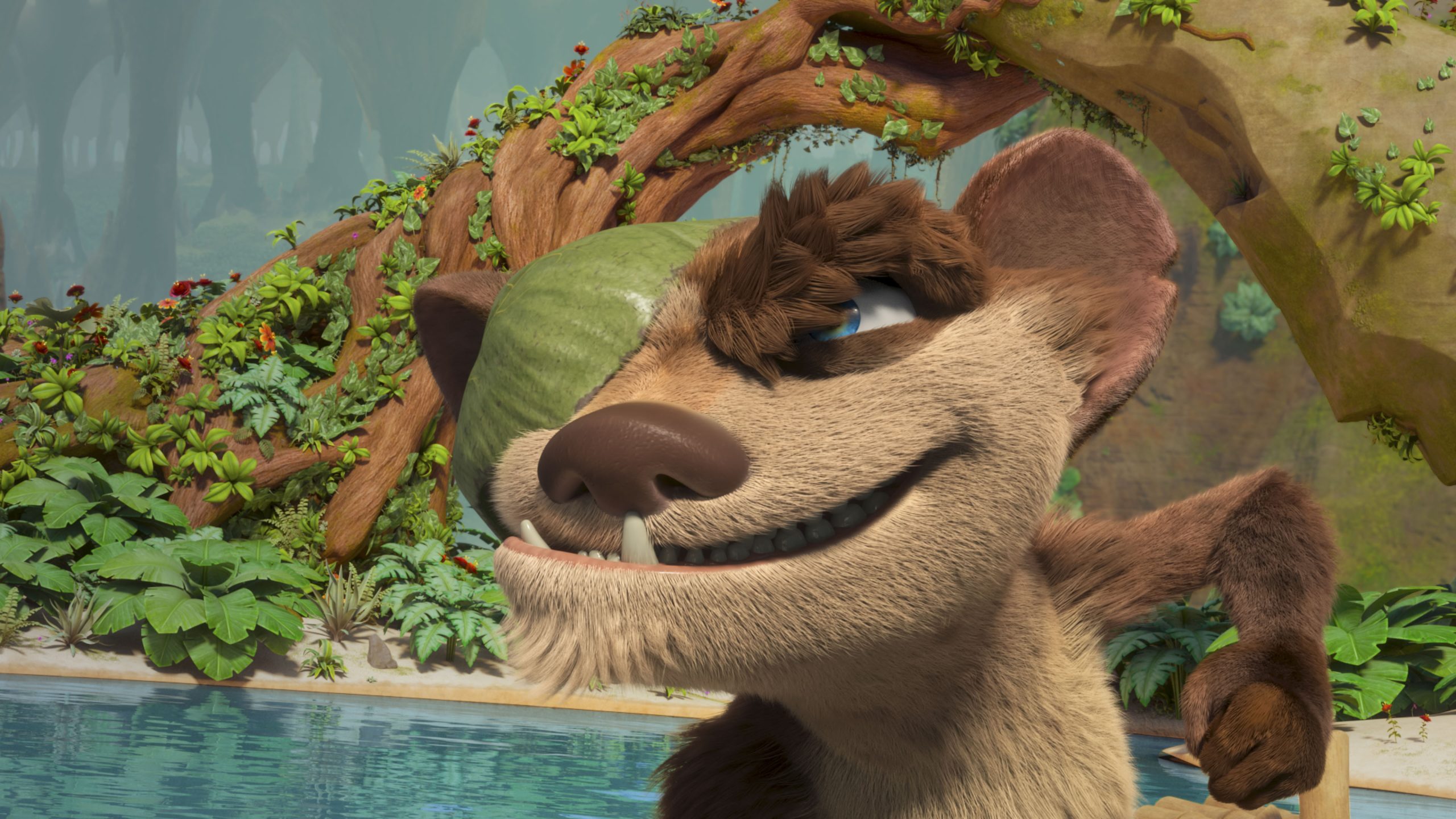 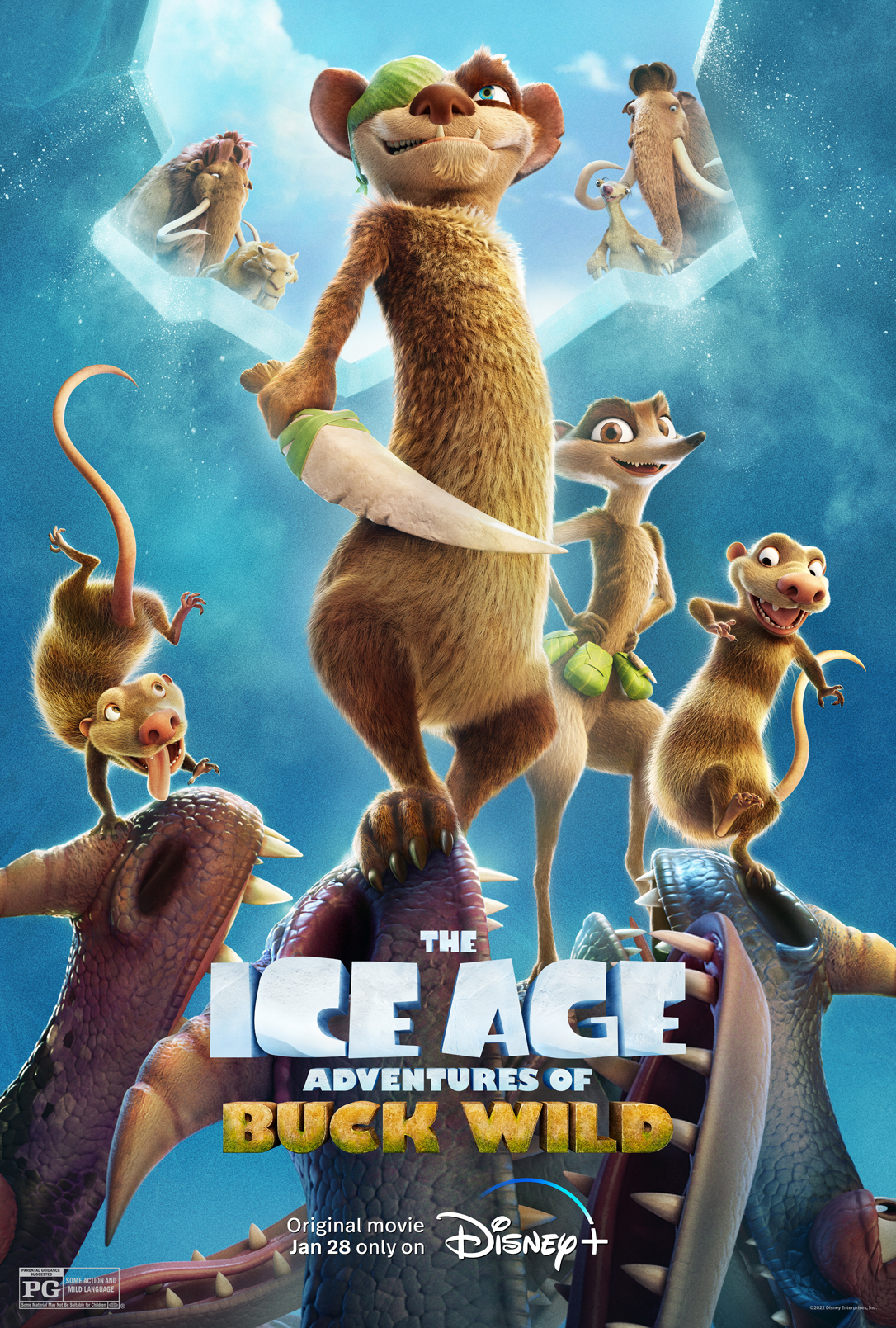 “The Ice Age Adventures of Buck Wild” continues the hilarious escapades of the sub-zero heroes as they create more prehistoric pandemonium. Eager for a little independence, the thrill-seeking possum brothers Crash and Eddie set out to find a place of their own but soon find themselves trapped beneath the ice in a massive cave inhabited by dinosaurs. They are rescued by the one-eyed, adventure-loving weasel Buck Wild, and together, with the help of some new friends, embark on a mission to save the Lost World from dinosaur domination. The movie, which features the voices of Simon Pegg (“Mission: Impossible – Fallout”), Utkarsh Ambudkar (“Free Guy”), Justina Machado (“One Day at a Time”), Vincent Tong (“Ninjago”) and Aaron Harris, is directed by John C. Donkin (“Ice Age: Continental Drift” producer), written by Jim Hecht (“Ice Age: The Meltdown”), Ray DeLaurentis (“Fairly Odd Parents”) and Will Schifrin (“Bunsen is a Beast”) from a story by Jim Hecht, with Lori Forte (the “Ice Age” franchise) serving as executive producer.