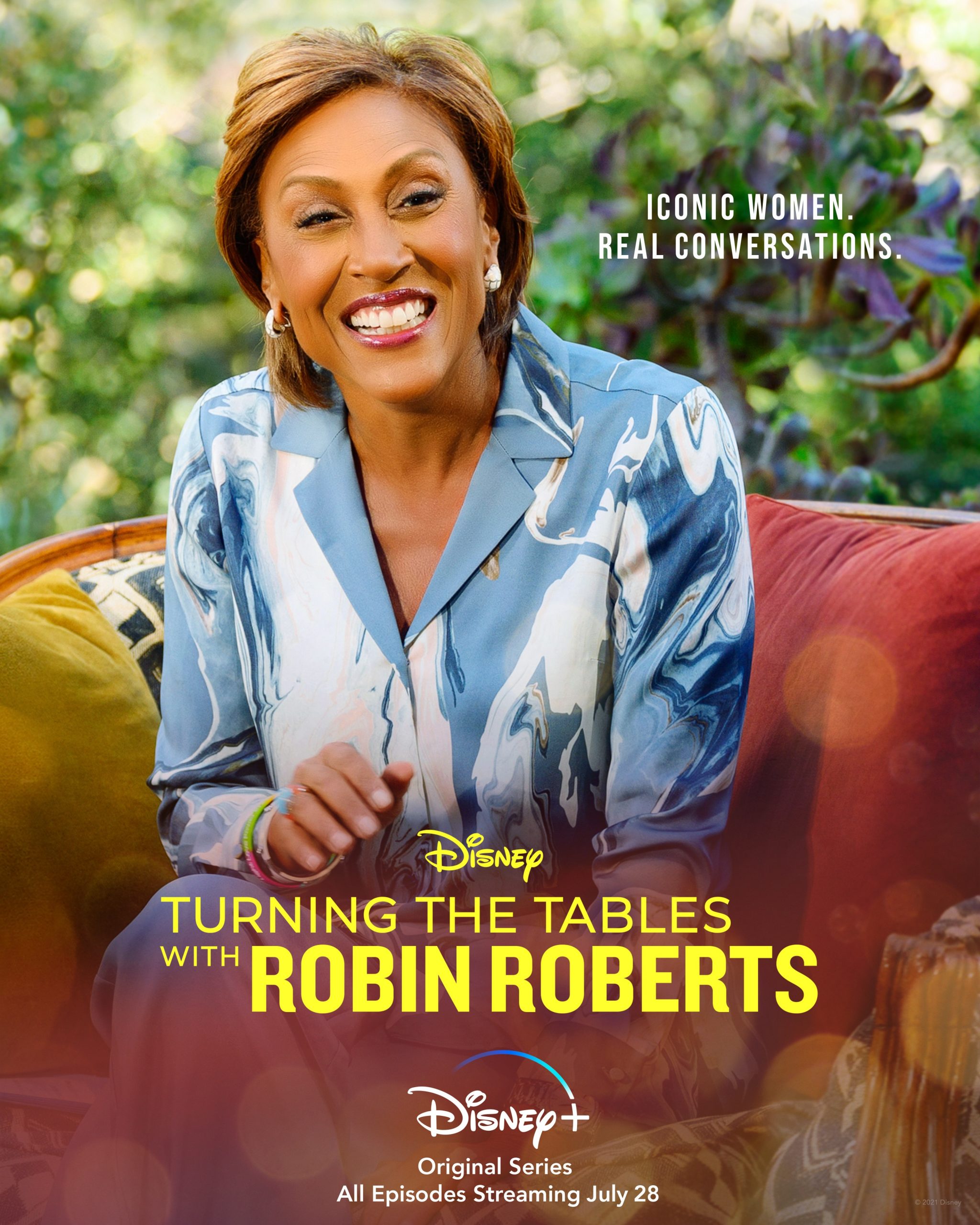 Get personal with Robin Roberts and some of Hollywood’s groundbreaking women as they bear witness to their incredible journeys on their path to purpose. Each episode is a profound conversation filled with emotion and inspiration. Listen to never-before-heard stories of how these groundbreakers came face-to-face with their vulnerability, authenticity and intuition. Discover their commonalities and learn how their stories and experiences created room for expansion and evolution. Check out the trailer and images inside…. 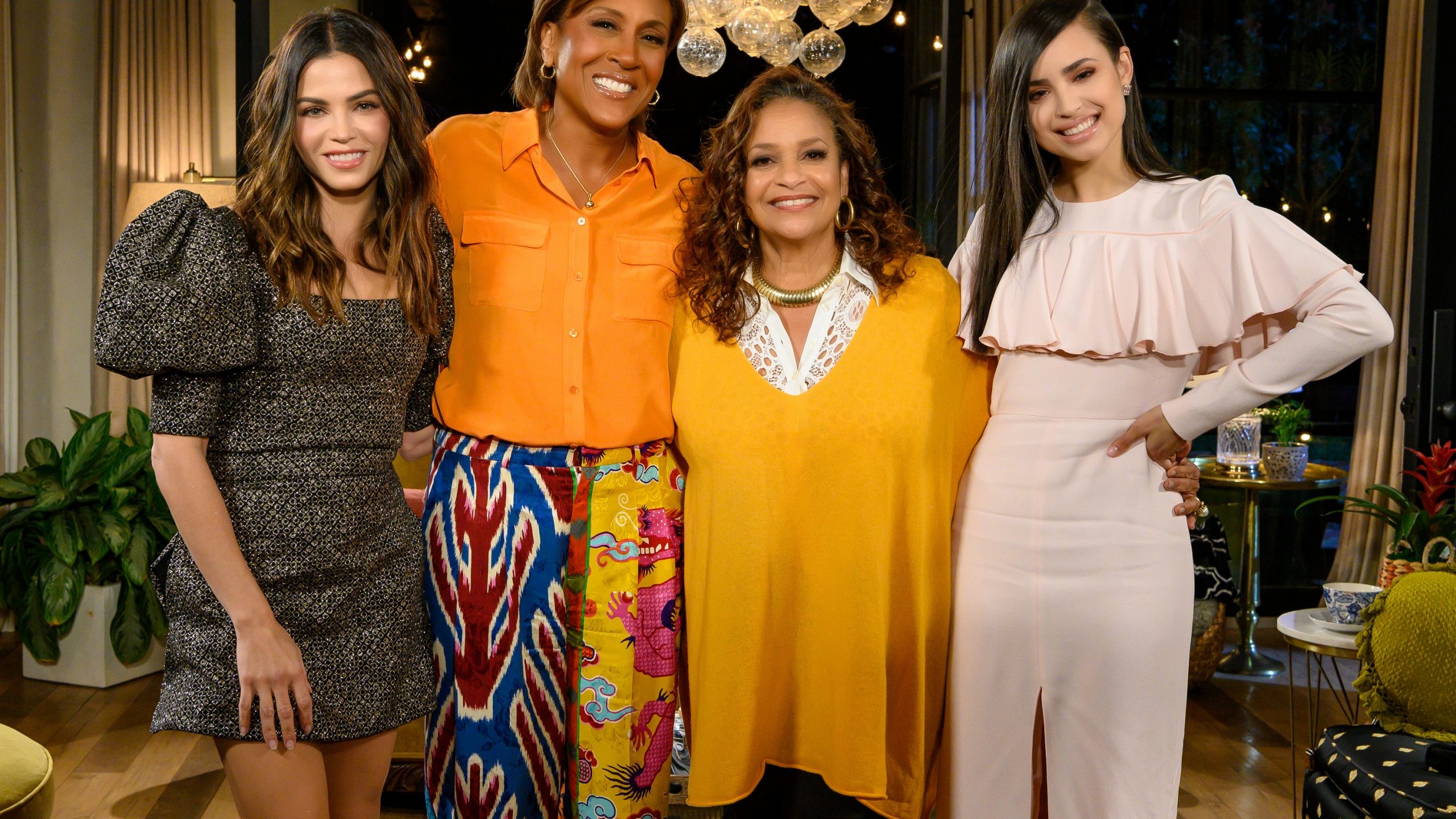 Disney+ original series “Turning the Tables with Robin Roberts” official trailer and key art is now available. “Good Morning America” and ABC News co-anchor Robin Roberts hosts and executive-produces the new series, which is also executive-produced by LeBron James through his media conglomerate, The SpringHill Company. In addition to Roberts and James, the assembled team of executive producers is comprised of women, BIPOC and members of the LGBTQ+ community. “Turning the Tables with Robin Roberts” will premiere Wednesday, July 28, on Disney+.

In each episode, Roberts sits down with three famous women who share experiences that are both personal and moving. As the show’s title suggests, the guests often “turn the tables” and interview Roberts and each other in heartfelt and often humorous conversations that showcase authenticity and vulnerability.  Guests include Debbie Allen, Sofia Carson, Jamie Lee Curtis, Jenna Dewan, Sheila E., Melissa Etheridge, Mickey Guyton, Betsey Johnson, Billie Jean King, Tig Notaro, Raven-Symoné and Josie Totah.

During Roberts’ tenure as co-anchor of “Good Morning America,” the broadcast has won four Emmy® Awards for Outstanding Morning Program and the 2017 People’s Choice Award for Favorite Daytime TV Hosting Team. She has been honored with the Walter Cronkite Award for Excellence in Journalism, was inducted into the Broadcasting & Cable Hall of Fame, as well as the Sports Broadcasting Hall of Fame, and was named one of Glamour’s Women of the Year. Roberts founded her own production company, Rock’n Robin Productions, which creates original broadcast and digital programming for ABC and other networks, ranging from informational shows and documentaries to live special events. 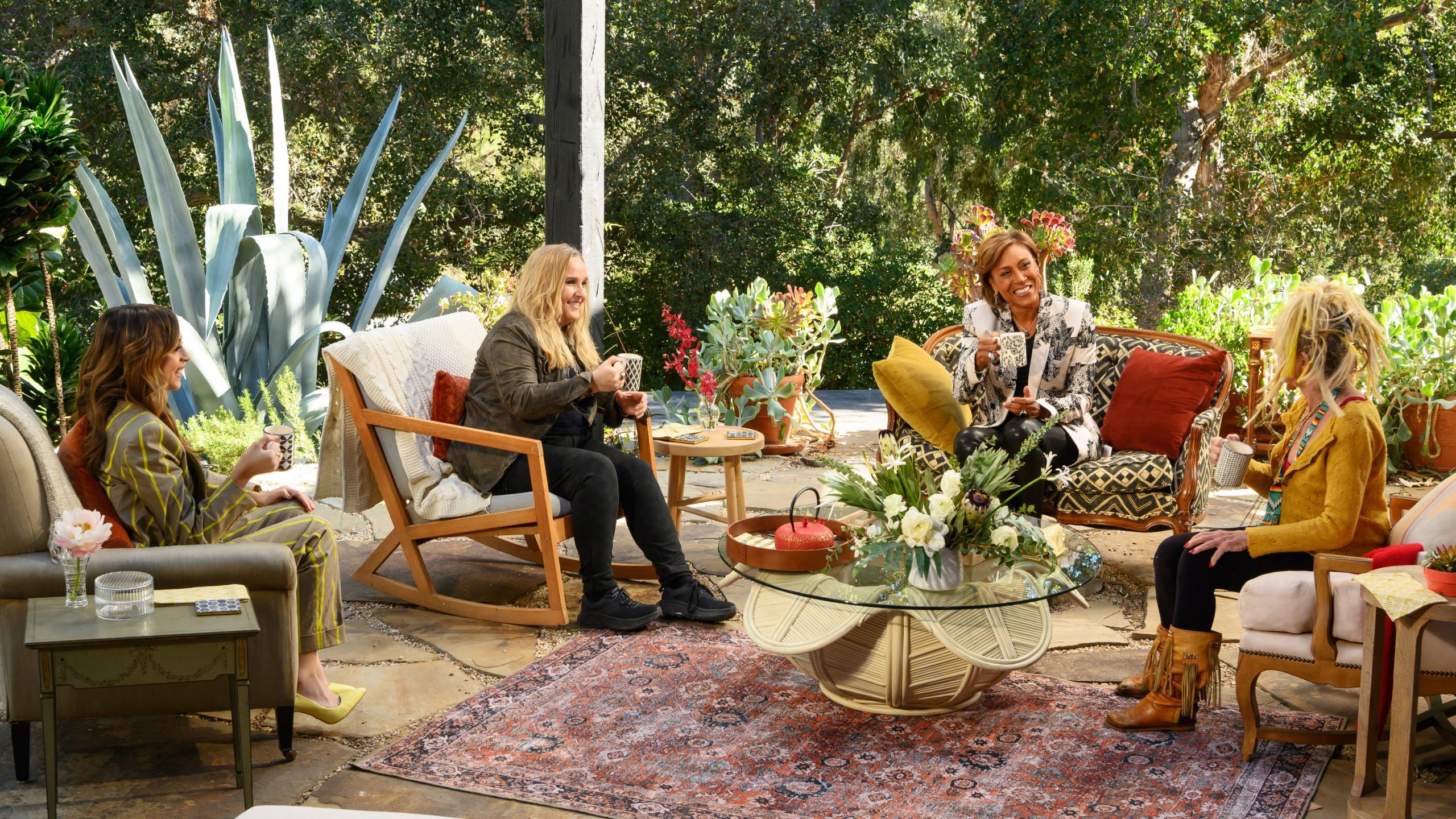 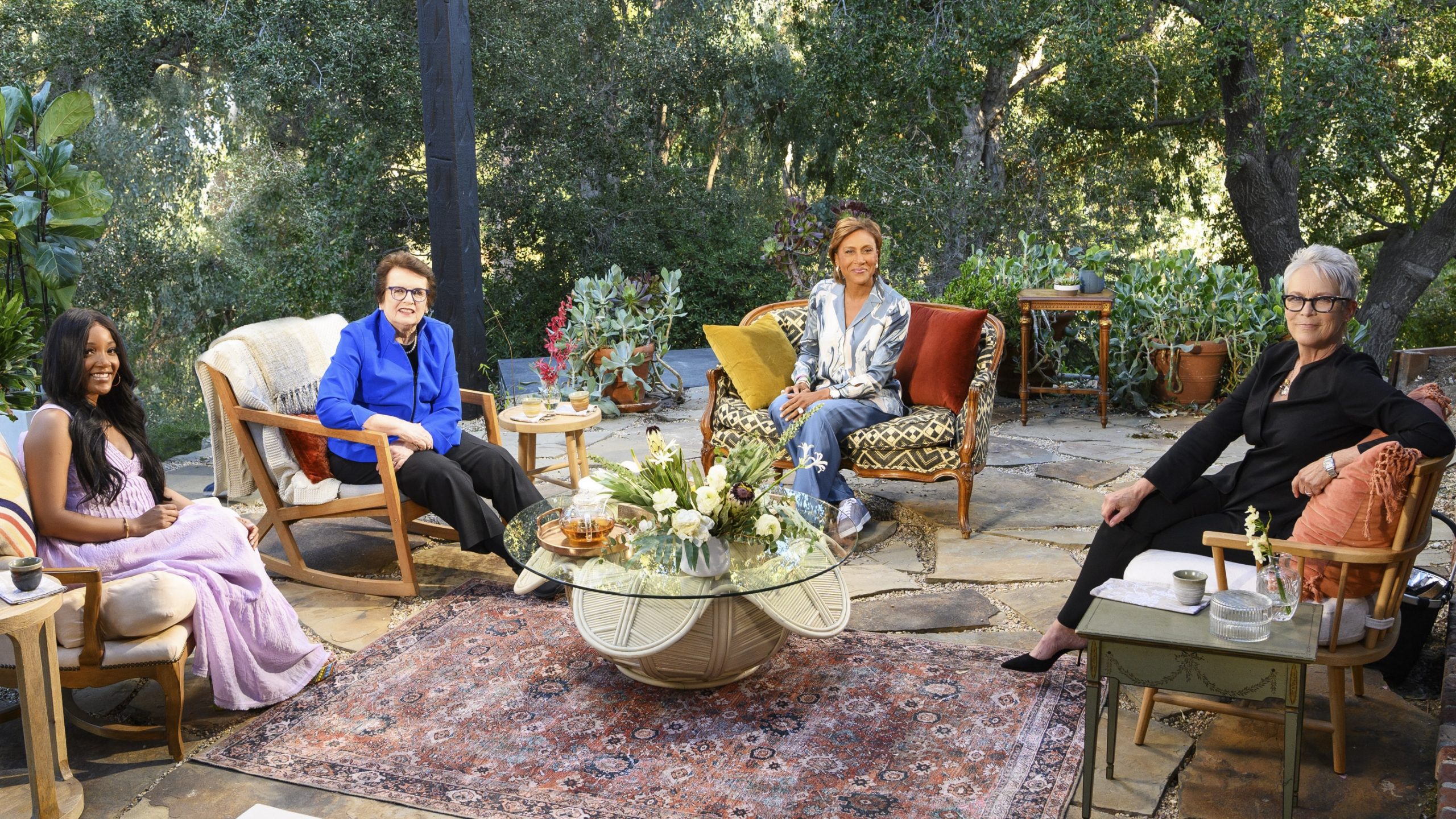 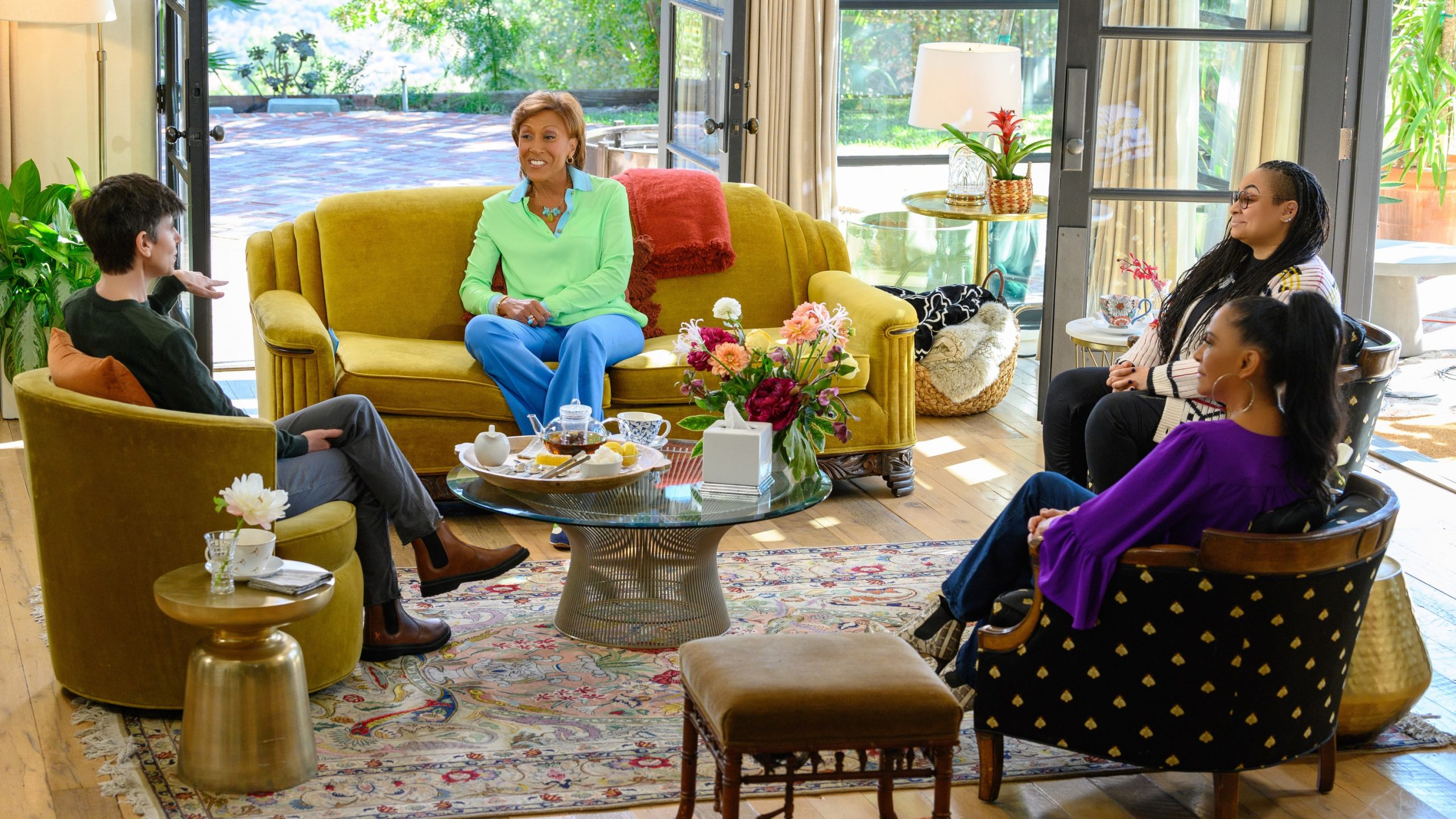