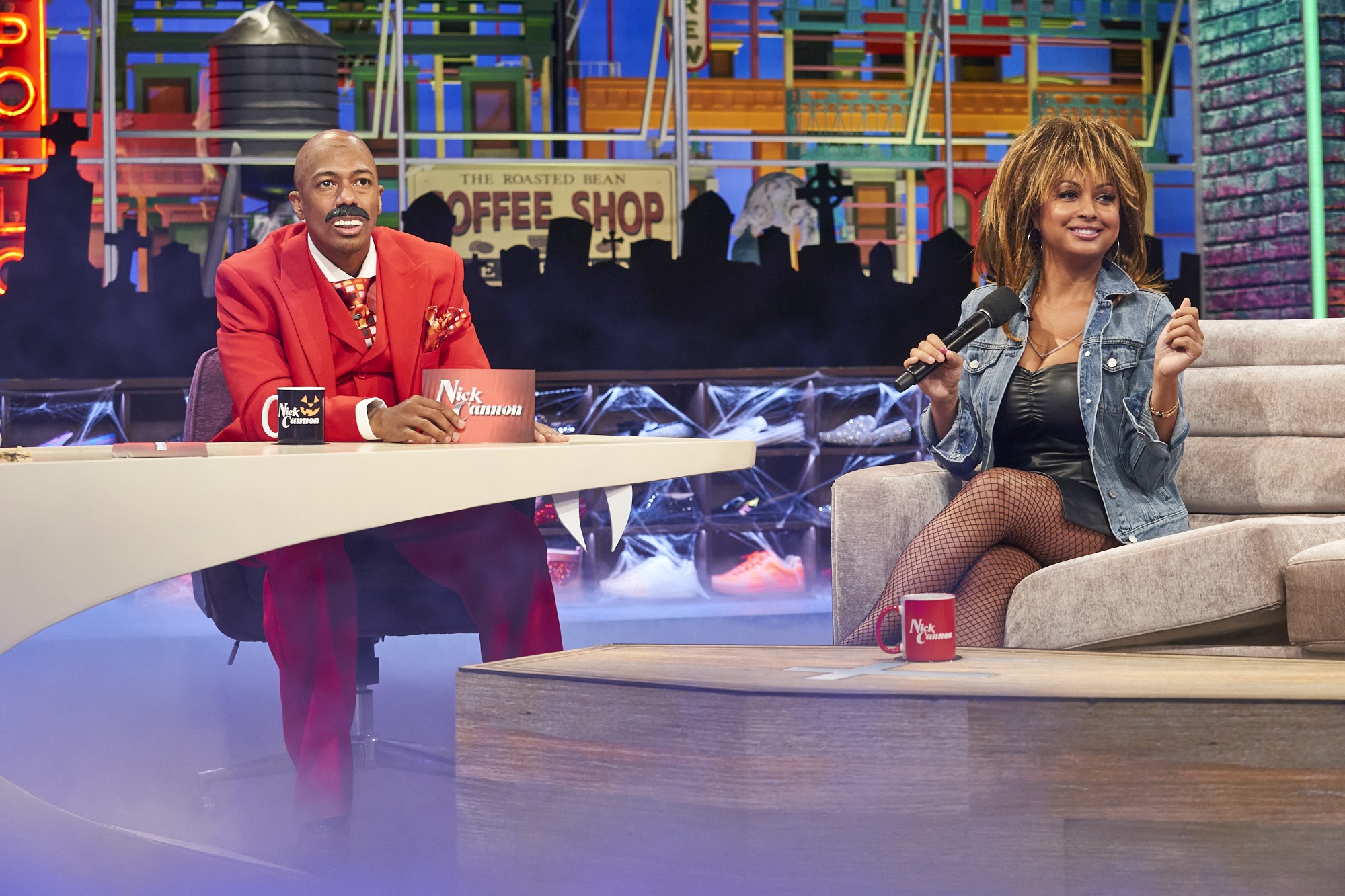 I was cracking up when I saw Nick Cannon’s Halloween Costume! He dressed up as Steve Harvey and he had reality star Eboni K Williams stop his talk show, who I think was dressed as Tina Turner lol. I love Halloween costumes and you guys make sure to stop back next week to see what my grandson and I were for the festivities! Step inside to see a video clip of their interview together…..

Nick Cannon: ​​​​“Let’s keep it real because I read all the articles. Is there some tension or just some cultural misunderstandings? You’re highly intellectual and overly educated. You’re sitting among some people that may not know how, especially when dealing with our culture, how to address certain things.”

Eboni K. Williams: “You know Nick, I believe in spiritual gifts and I believe that God puts many of us in spaces to do the work of helping advance humanity and the culture.”

Eboni K. Williams: “I don’t really know. I do know when I got to the party which was fabulous. They were gone.”