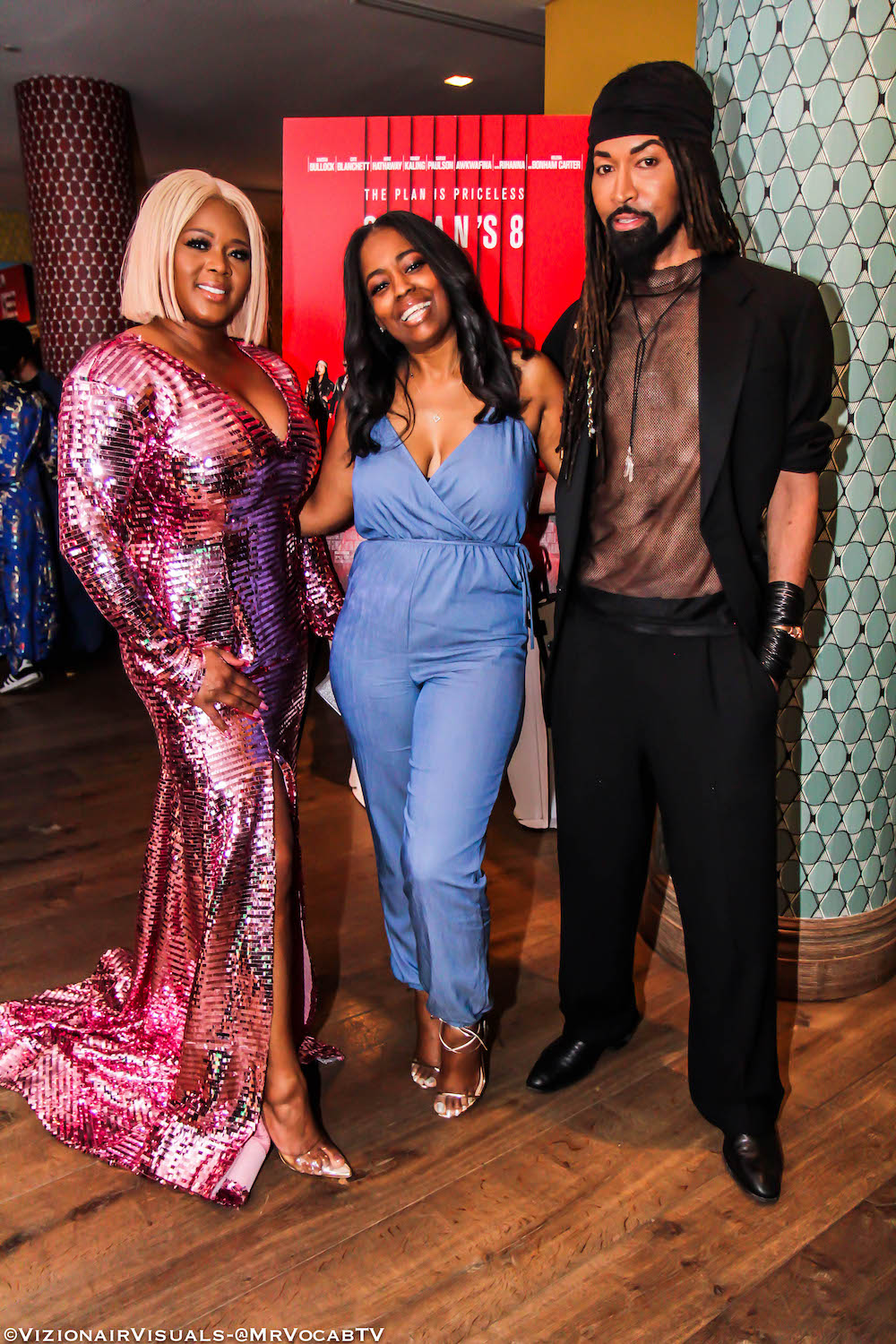 Hey guys and Happy Friday! I was flown to New York City courtesy of Warner Bros to attend a cocktail party and private screening of the new movie (that just hit theaters today) called, Ocean’s 8! I wanted to see this movie so bad and I knew that the fashions were going to be insane! The event took place at The Crosby Hotel hosted by Fashion Influencer Claire Sulmers(Fashion Bomb Daily) and Celebrity Fashion Stylist Ty Hunter. The event was popping and everyone looked amazing!

We first sipped on wine and bites that had signature 8’s stamped on the burgers and hotdogs. It was such a cute touch! We also mingled and then we entered the theater where we watched the film with popcorn and snacks. After the film, we engaged in conversation about what the lead actors from the movie wore during the Met Gala scene and then Ty(who’s Beyonce’s stylist) gave his two cents on his experience getting Beyonce dressed for several Met Galas!

The movie, Ocean’s 8 is really, really good and if you love fashion, mystery, suspense, laughter and more, you need to check this movie out with your girlfriends. Yes, I do think it’s a chic flick because of the content, storyline and all the glitz and glamour! I think your girlfriends would relate more than taking a guy unless he is heavily into fashion lol. More pictures inside and thanks to Warner Bros for the fun experience! xoxo 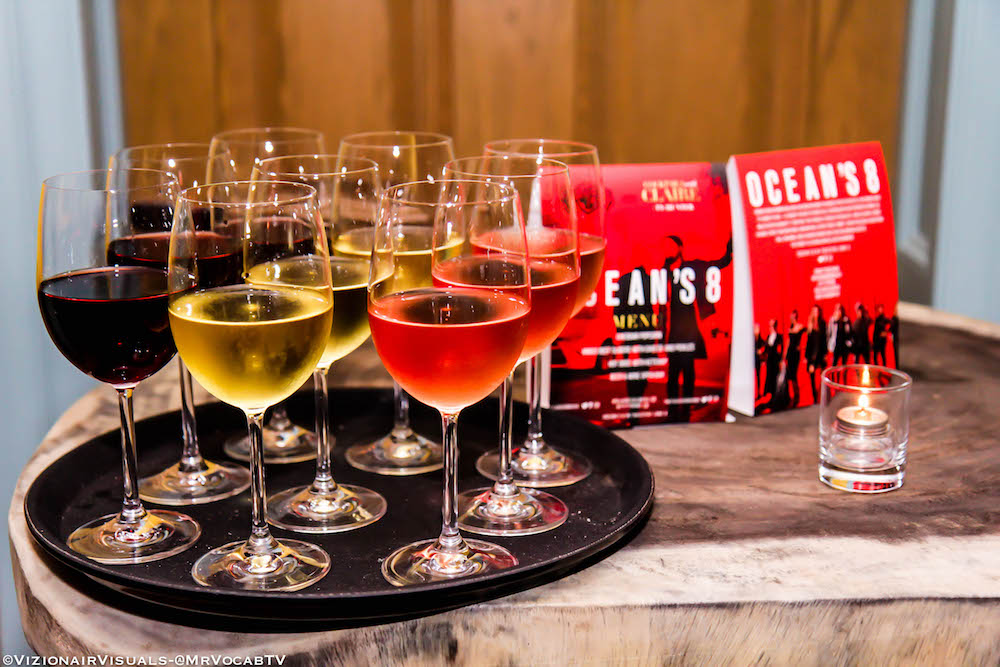 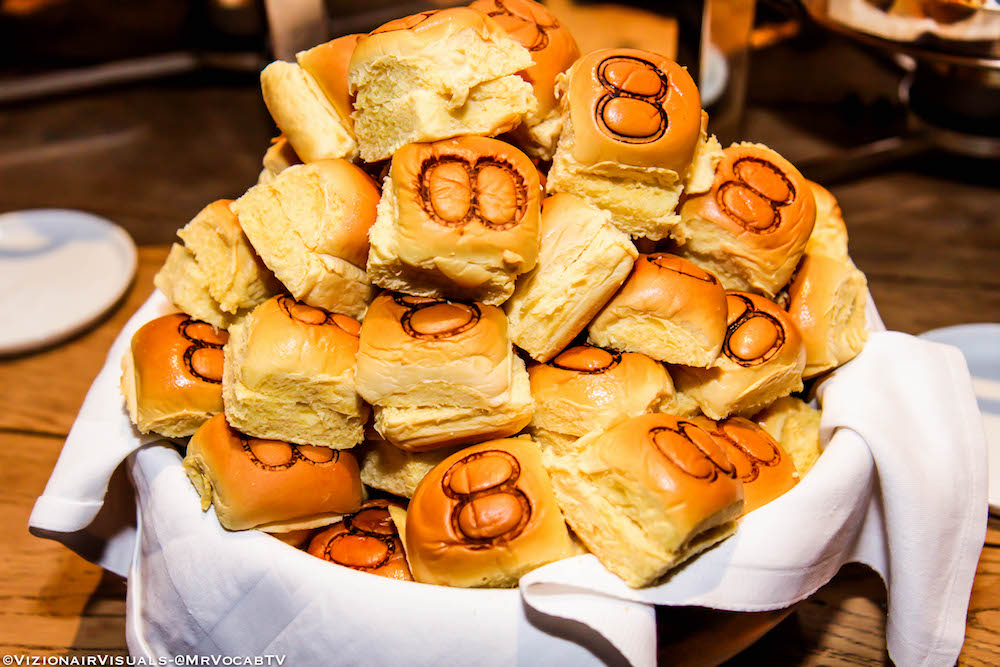 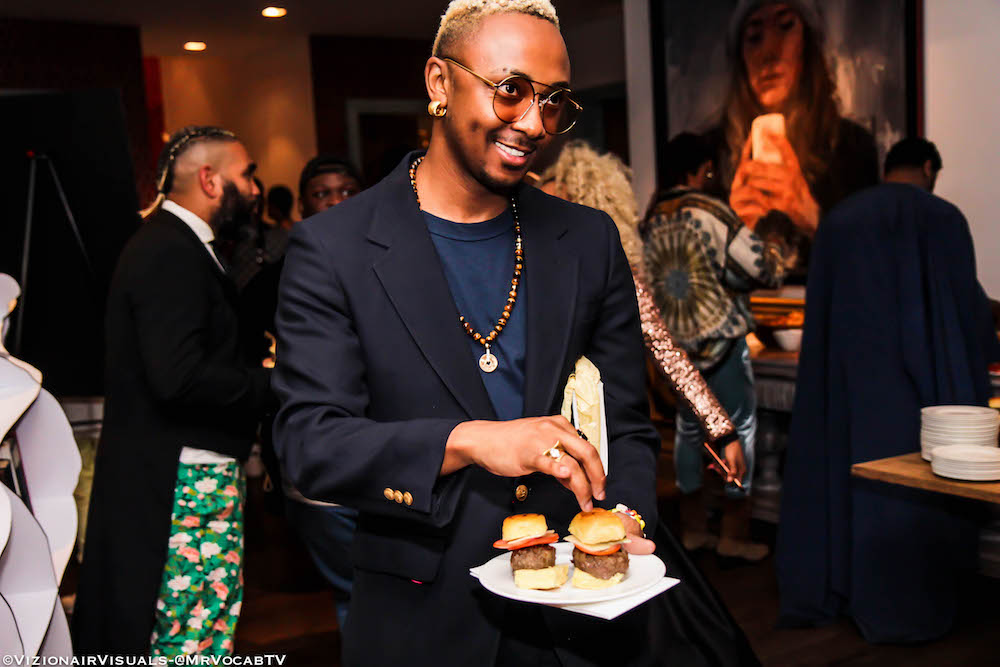 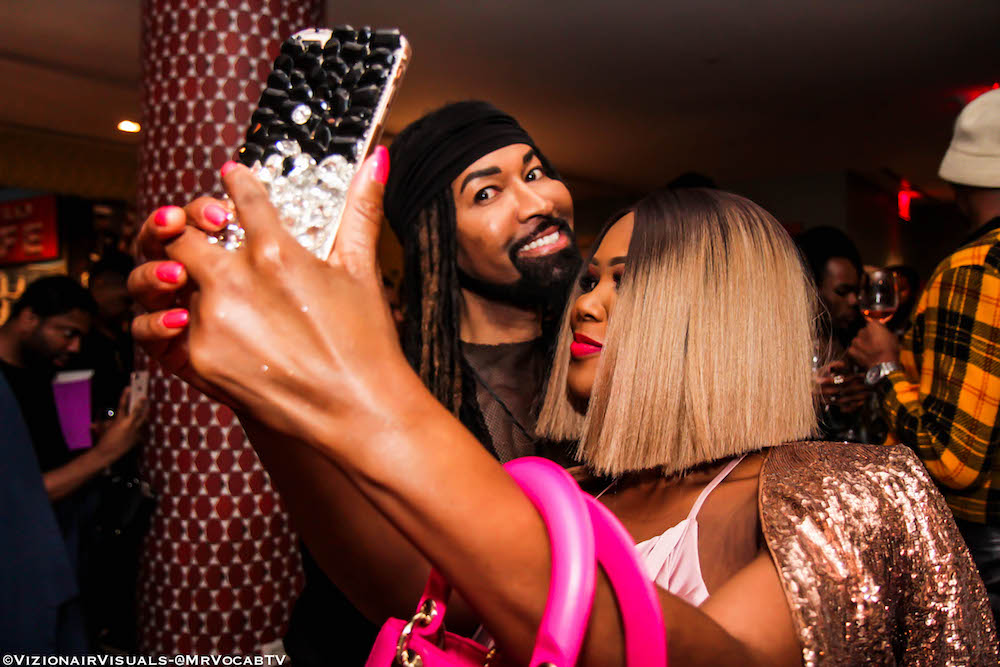 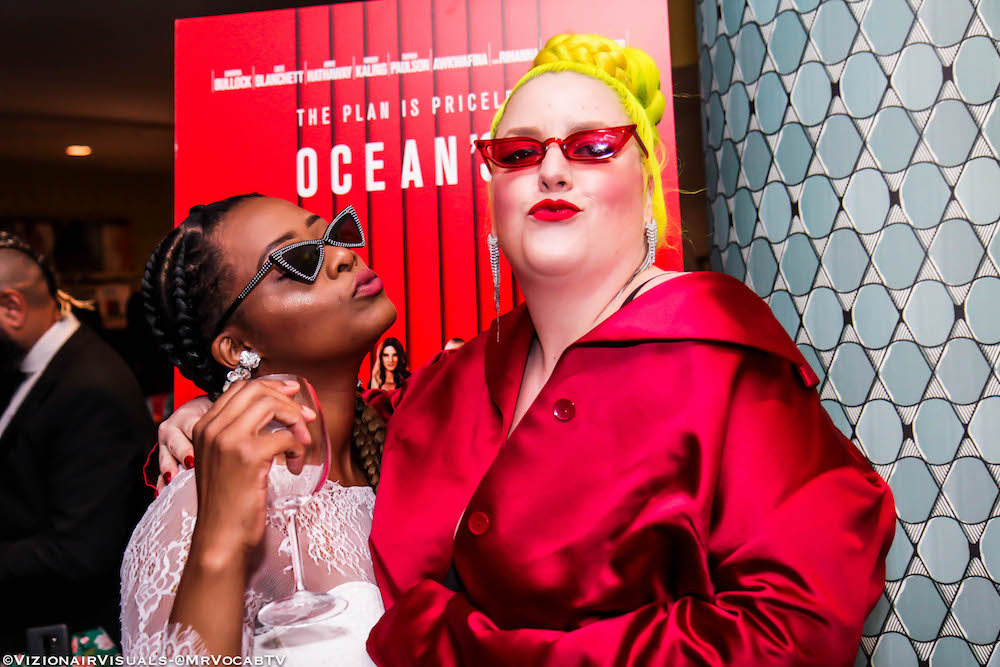 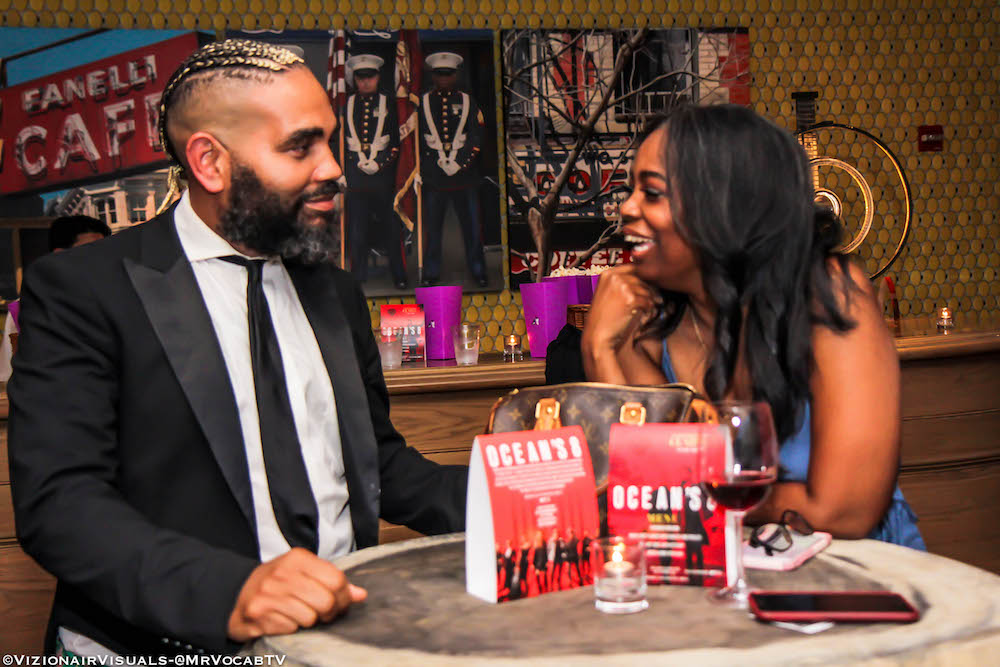 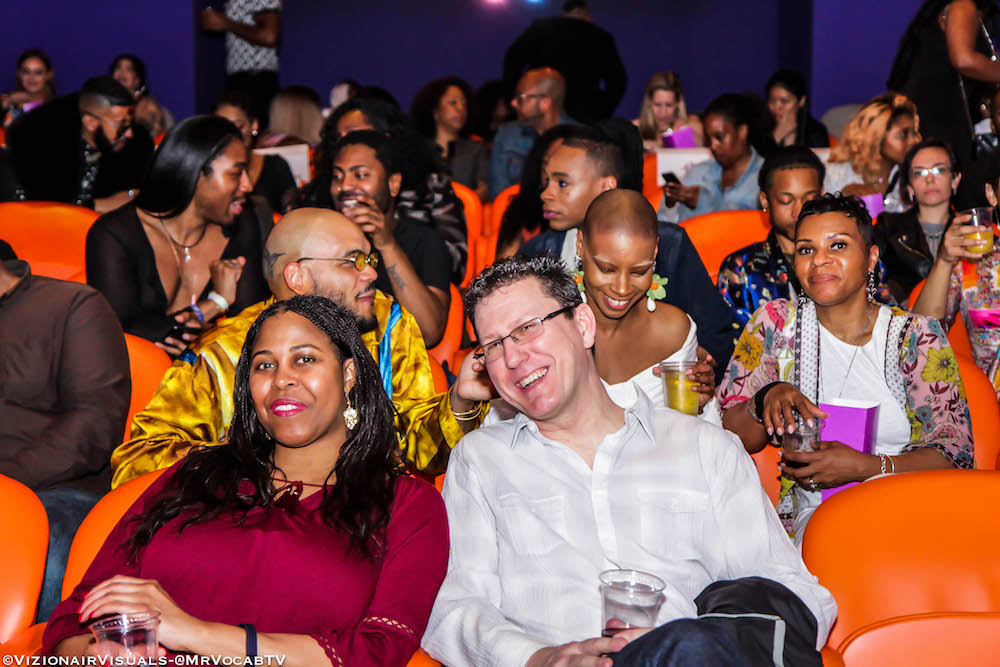 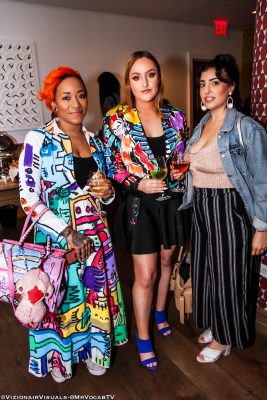 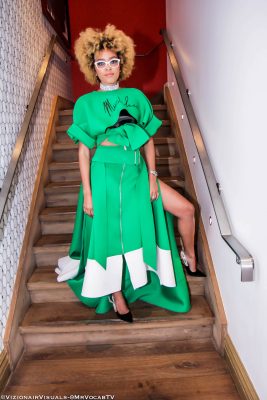 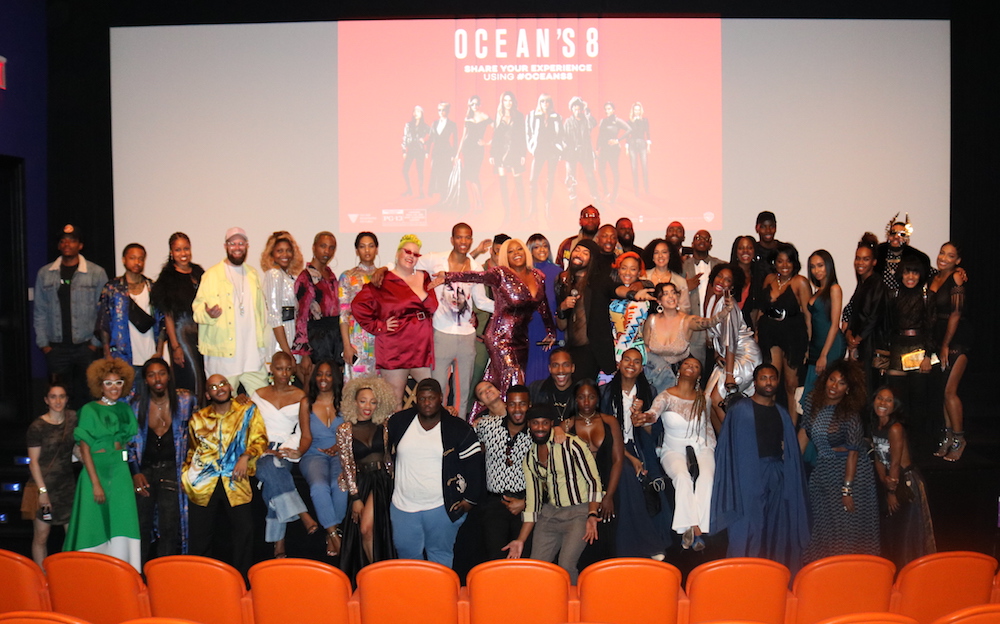 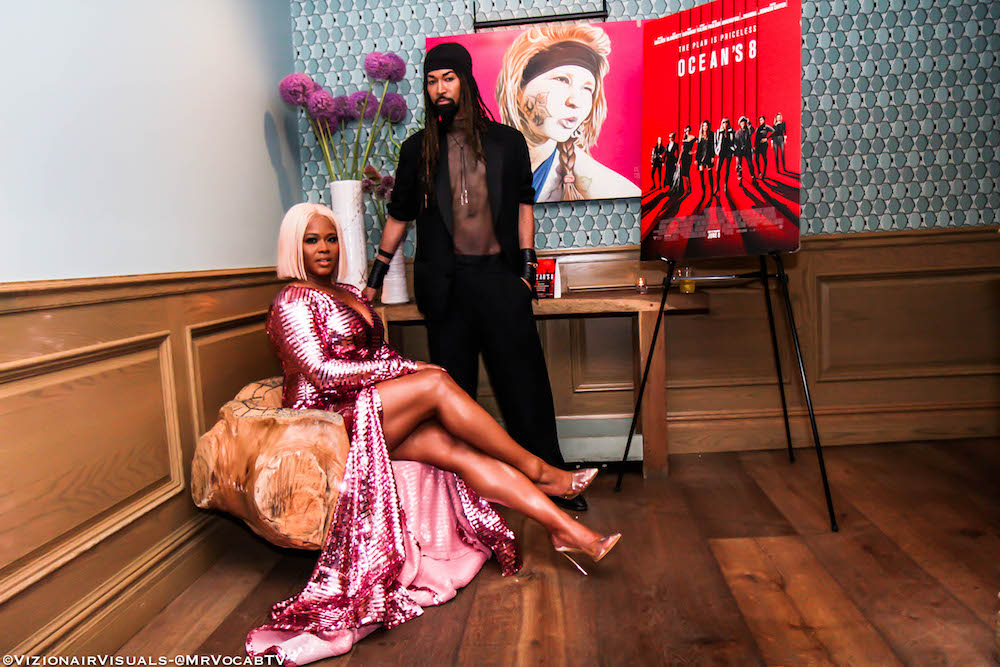 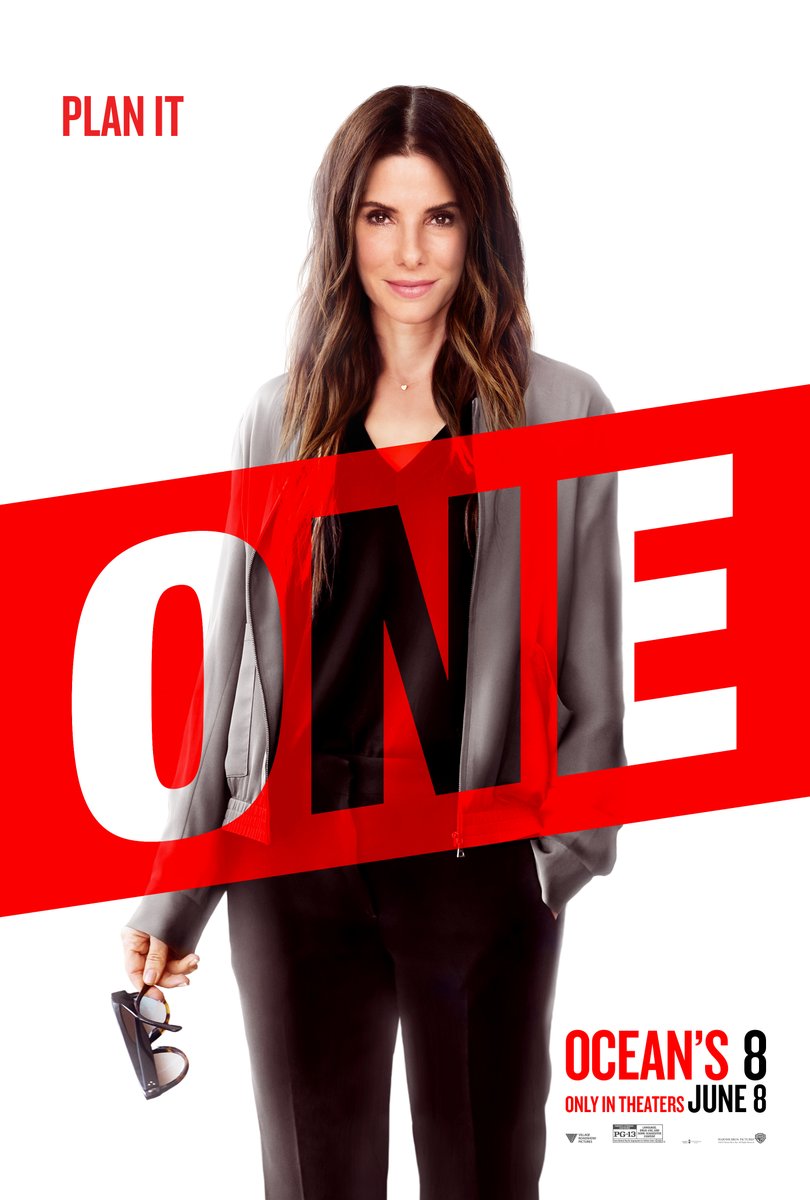 Synopsis: Five years, eight months, 12 days and counting — that’s how long Debbie Ocean has been devising the biggest heist of her life. She knows what it’s going to take — a team of the best people in the field, starting with her partner-in-crime Lou Miller. Together, they recruit a crew of specialists, including jeweler Amita, street con Constance, suburban mom Tammy, hacker Nine Ball, and fashion designer Rose. Their target — a necklace that’s worth more than $150 million.