Well one of my dreams came true while I was out in Los Angeles a few weeks ago! I got the opportunity to meet and interview one of my favorite actresses of all time, Emily Blunt! As we all know, she is starring as Mary Poppins in Disneys upcoming film “Mary Poppins Returns”(In theaters Dec 19th) but I loved her in Devils Wears Prada and have been a fan ever since! We got to sit down and chat with her about playing Mary Poppins and a lot more, check out what she had to say!

What was your favorite costume to wear and why?

Emily: I have to say I really loved the red suit with the skirt that kind of flowed out when I danced with 30 Lamplighters, I was like yes, you know.  And I remember Rob Marshall really wanted like a Ginger Rogers type of look to that and it’s not actually accurate for the time period to have a skirt that opened up like that.  So that’s where Sandy Powell, the great Sandy Powell created all those very tight pleats so that it looked very chic and sort of straight lined.  And then when I turned, the whole skirt kind of opened up and she’s just so exciting to work with, Sandy Powell.

I mean all the costumes are so extraordinary but I think the red suit was pretty epic, loved it.

What was your favorite scene in the movie?

Emily: God there were so many that I loved.  I mean, I love the poignancy of the Ballad that I sing to the kids cause it’s sort of her revealing her most tender side cause she’s such a weird eccentric lady and she’s stern and shows great humanity and shows great depth because she comes into their lives to heal and to bring order to chaos and reintroduce the idea of Magic but she doesn’t let you know that so it’s sort of exciting to play someone who’s in command of the environment and yet pretends kind of not to be.

And expects nothing in return so I would say that scene with the kids was really moving and then I loved that big, the cover is not the book number, with Lin, it was like wild, you know.  That was really fun.

Describe the impact of Mary Poppins for you being a Mother?

Emily: I mean, I feel my whole household is full of imagination and childlike wonder cause my kids are so young and so I do feel like I’ve sort of rediscovered life through their eyes really.  I mean Hazel is a bit disappointed that there aren’t dolphins in her bathtub so I feel like actually in a way, Mary Poppins has kind of shot me in the foot, like I know I’m only going to be less than.  So I think for everyone else like all of their friends are gonna be like your Mum’s Mary Poppins, that’s so cool, and my own kids would be like, you should see it, it’s not like.  They are gonna be like she is so not Mary Poppins, yeah.

It’s your version of Mary Poppins, how do you feel about that?

Emily: Well I think she’s much closer to how she is in the book.  That’s how I played her.  And in the book, she’s incredibly rude and vain and funny and enigmatic and weird.  She’s sort of bizarre and layered and so for me, it was sort of how do I find those cracks of humanity in a super human and where are me?  And I said to Rob Marshall, I said the sternness, I really want all the sternness and this sort of imperious quality to her, like to drop when she goes into these Fantasias.  She should be like an adrenaline junkie and that sort of duality of the character.

You know, that when she goes into these adventures, you’ve got to see her childlike wonder and her thrill and enjoyment of it.  And then when it’s over, she pretends none of it happened and she had nothing to do with it.  So it’s like so cool playing someone with that duality to them.

Emily: Oh My God.  It was so overwhelming I have to say because he’s so sprightly and cool, just what a gorgeous human and he walked on set and he just said I feel the same spirit here that was there on the first movie, and of course, we all wanted to cry.  And we’d sit around him and just want him to tell us stories about the original and he sang “Jolly Holiday” to me.  I was just like that’s it, I could die now, that’s it.  I could die and be happy.  It’s just lights out, awesome moment.

And I think probably actually my other moment of Oh My God, I’m playing Mary Poppins was in the scene with him where he has that beautiful monologue that was so gorgeous to Michael Banks and we’re all crowded around him and the music starts, and he finishes the monologue and in the scene, he crosses his arms and he looks up at me like that.  And I just remember looking at those iconic blue eyes and I was like Wow, that was so wild. 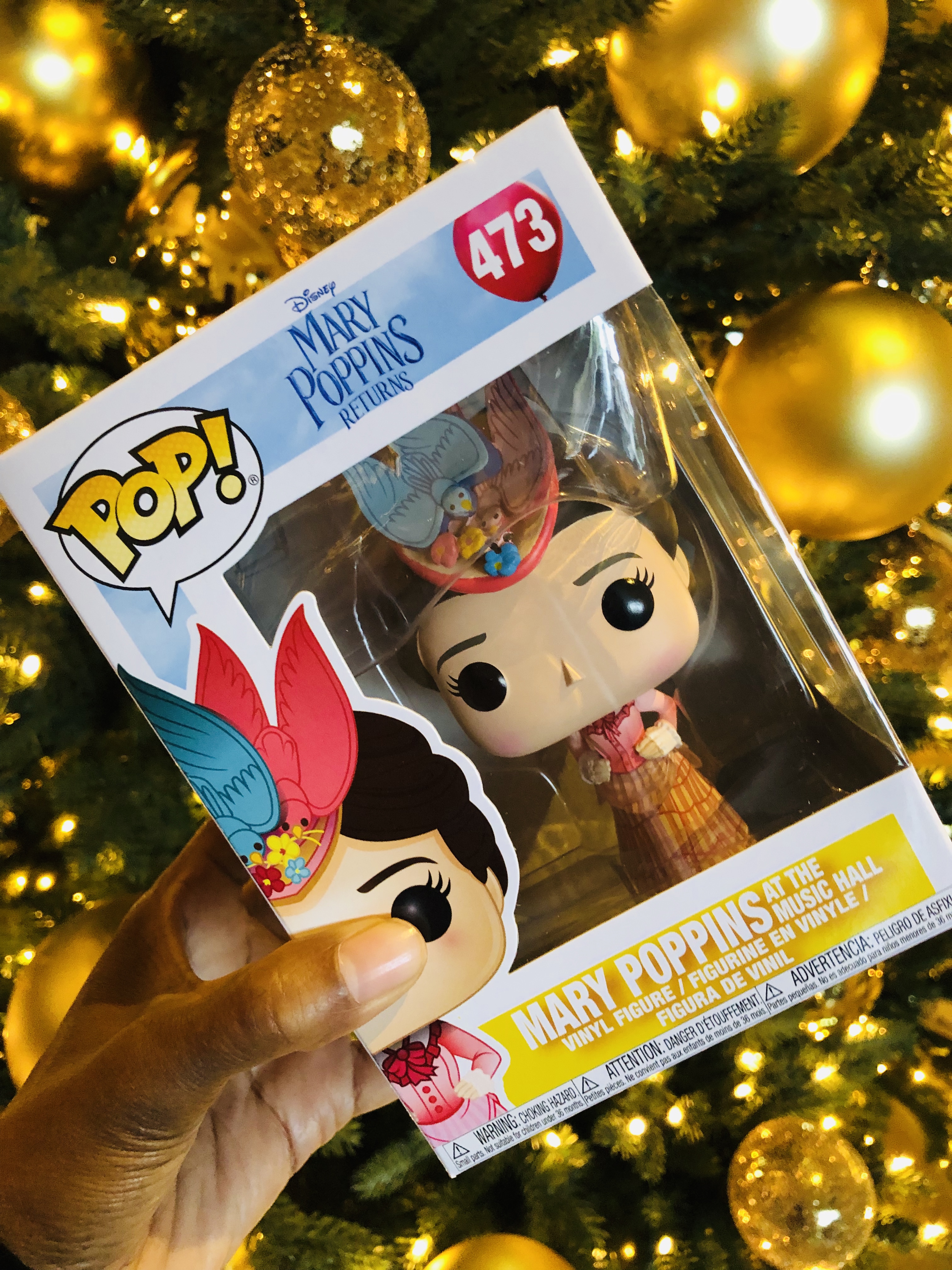