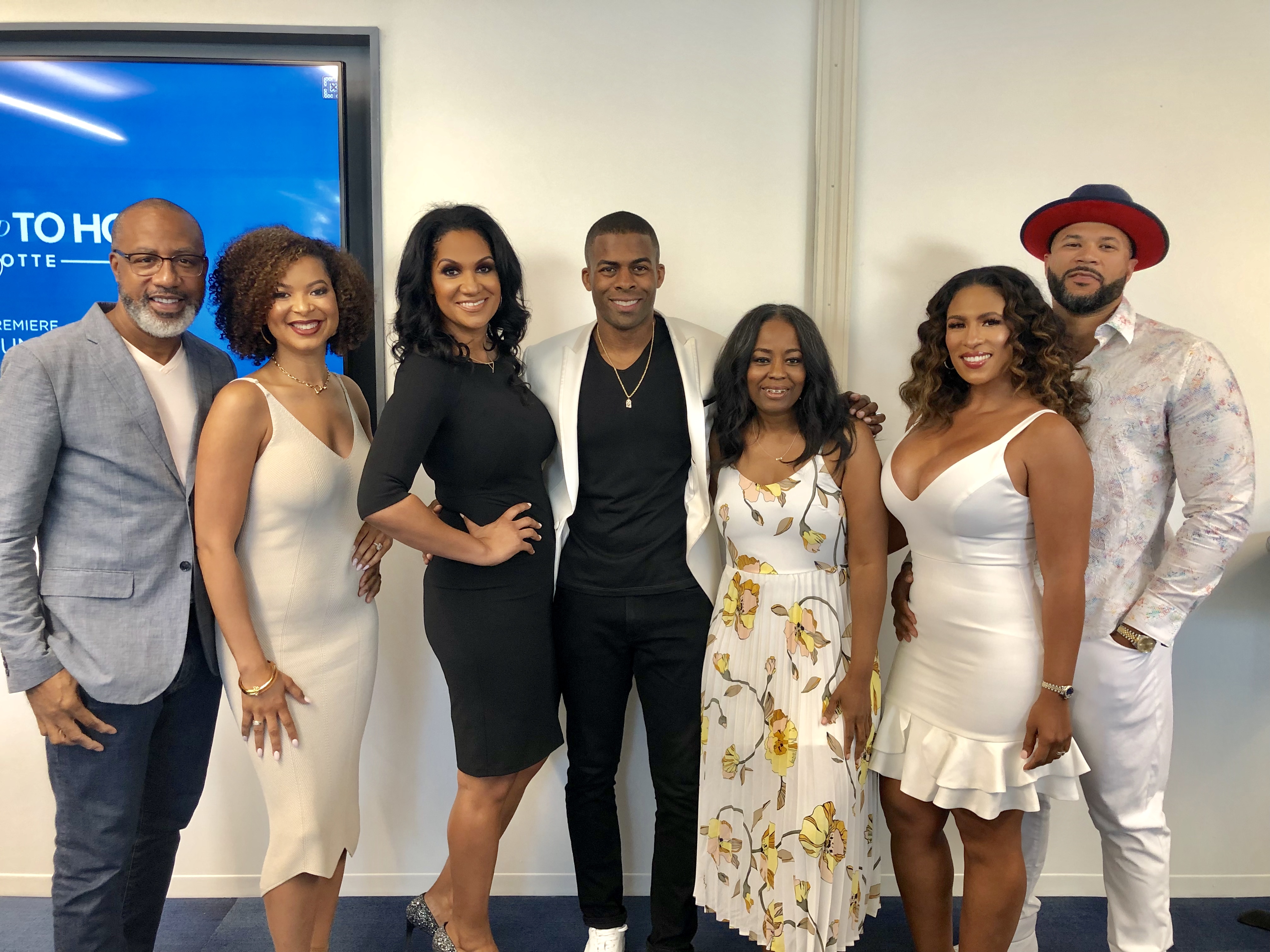 Yesterday I had the pleasure of meeting the cast members of a spin off show, To Have & To Hold that’s airing on Own Tv Network yesterday. We had a luncheon with the casts as they gave us the scoop on what viewers can expect from the show this season. I really liked all of the couples and they were funny too!

It all started when reality star, Nene Leakes introduced Judge Hands to entertainment attorney Wendy Credle, an (Executive Producer on the show). Credle noted that Hands did not have a stereotypical judicial personality, as she has a very busy social calendar. “We talked, and she took that idea to some production companies, and ran with it,” Hands said. “It evolved into a show about couples, and several couples here in Charlotte. It just grew from there.” 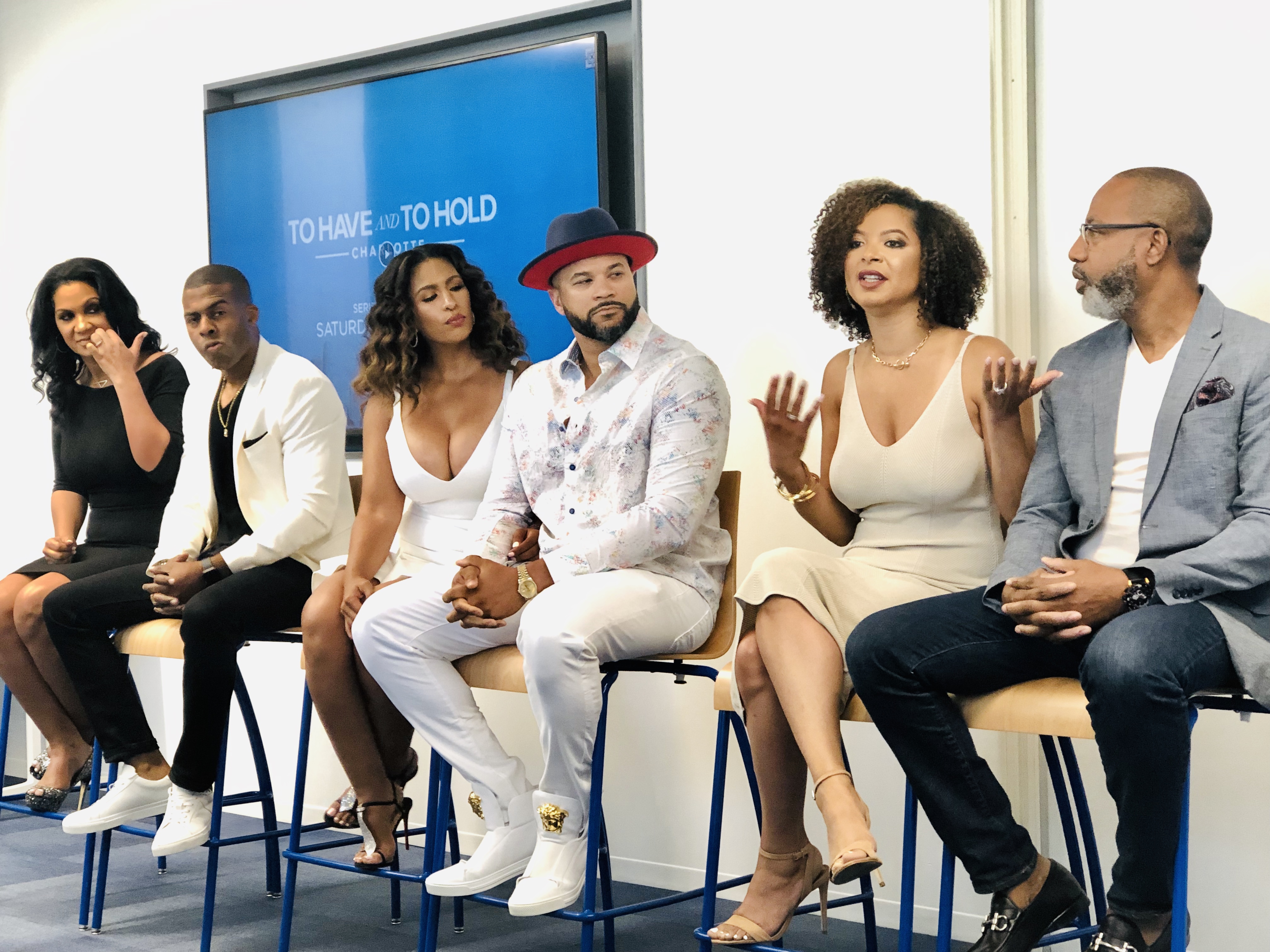 “I know that sometimes when people think reality TV, they think craziness, fighting, and a lot of foolishness, but my goal when I agreed to be a part of this project was to create something that could make the black community proud.”

During the press junket, the cast talked about what they do to keep their marriages strong, working with other castmates, blended families, being empty nesters and more. I had a lot in common with the couples but most of them have not been married that long maybe one couple were together 10 yrs but they still gave out key advice to keep your marriage healthy. I love it and plan on tuning in this Saturday, June 1st at 10pm c. Check out a few snaps I took and if you are intrigued enough, tune in and watch as well. xoxo 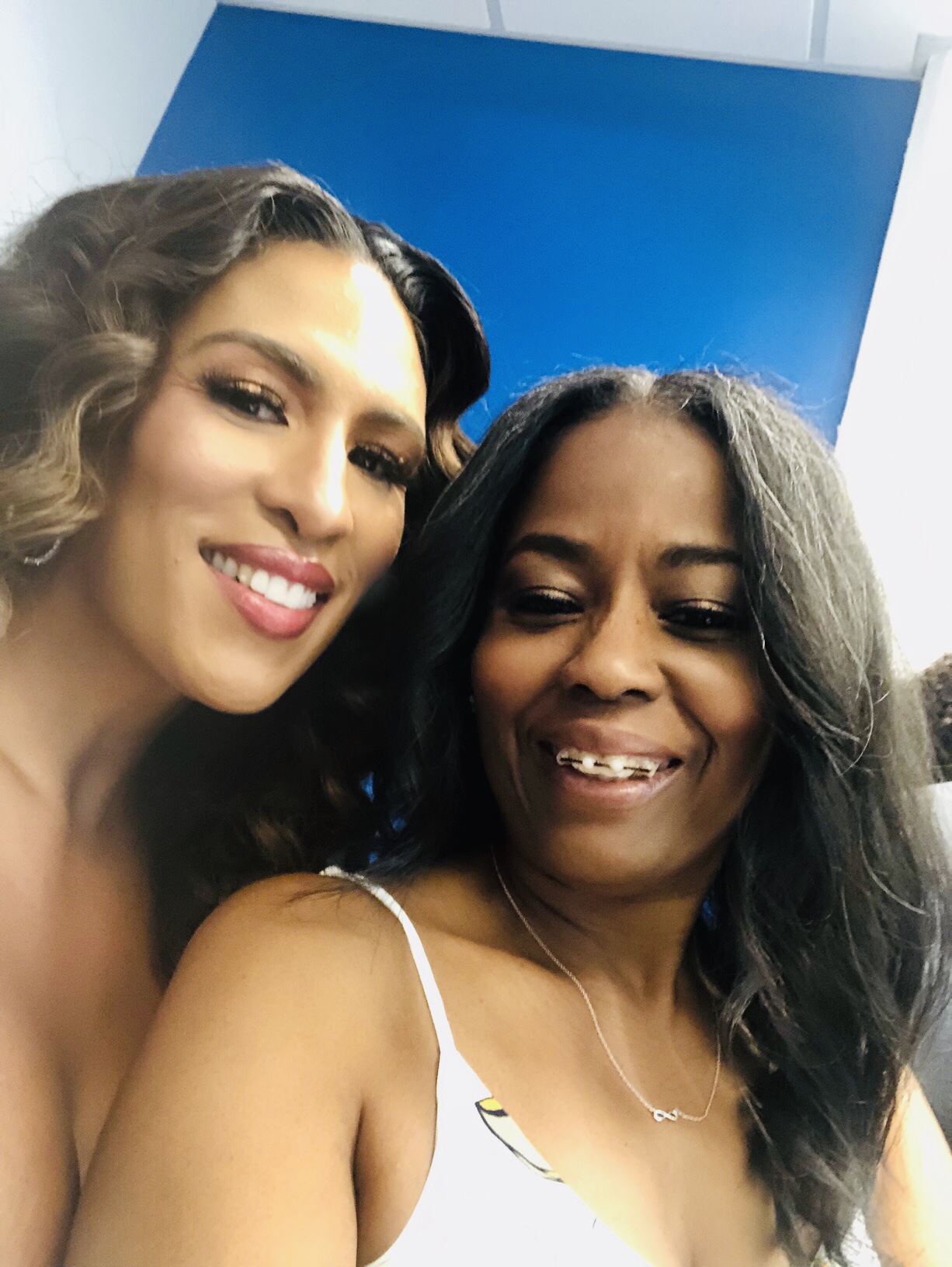 Christine Pulley and I 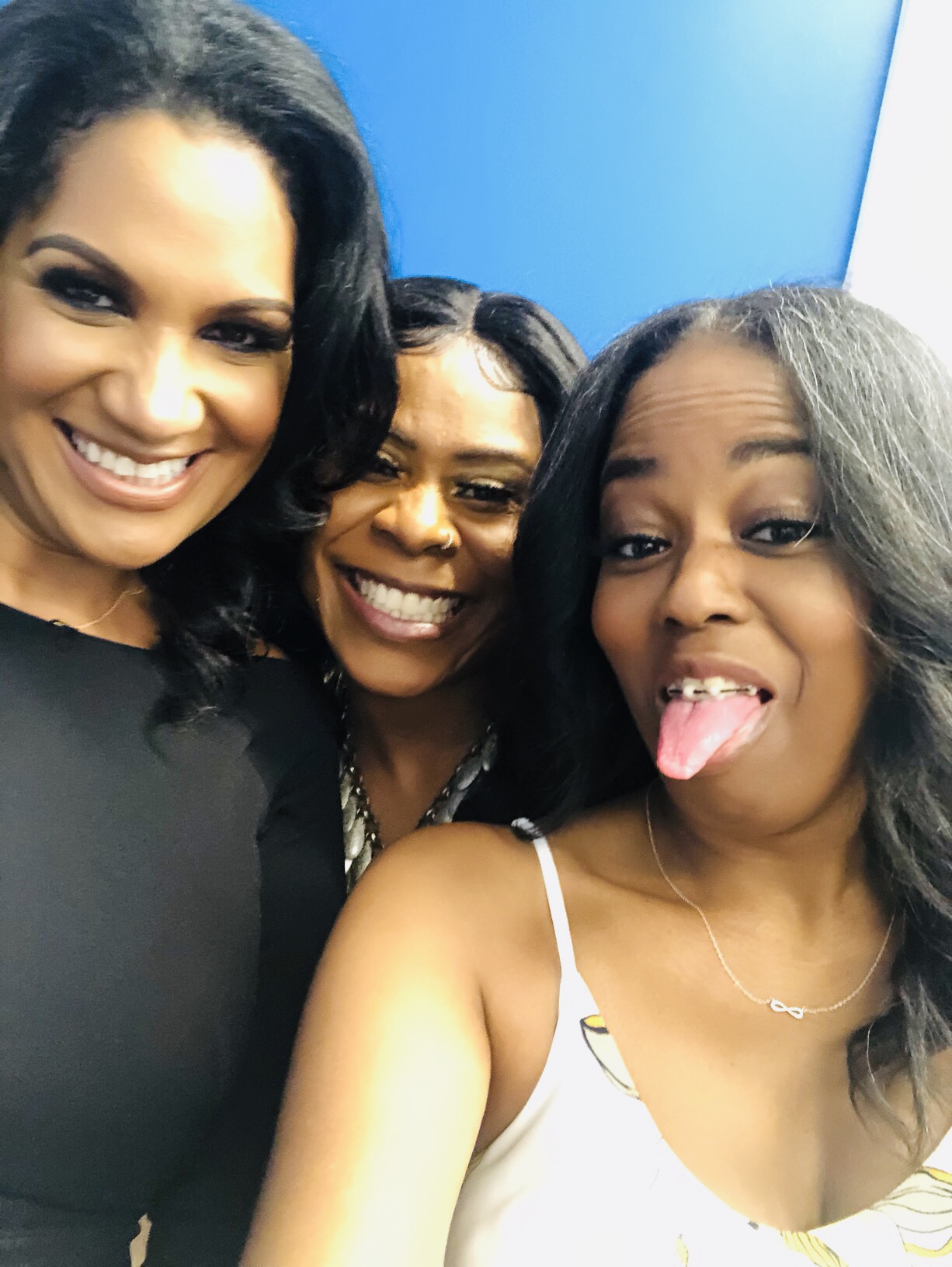 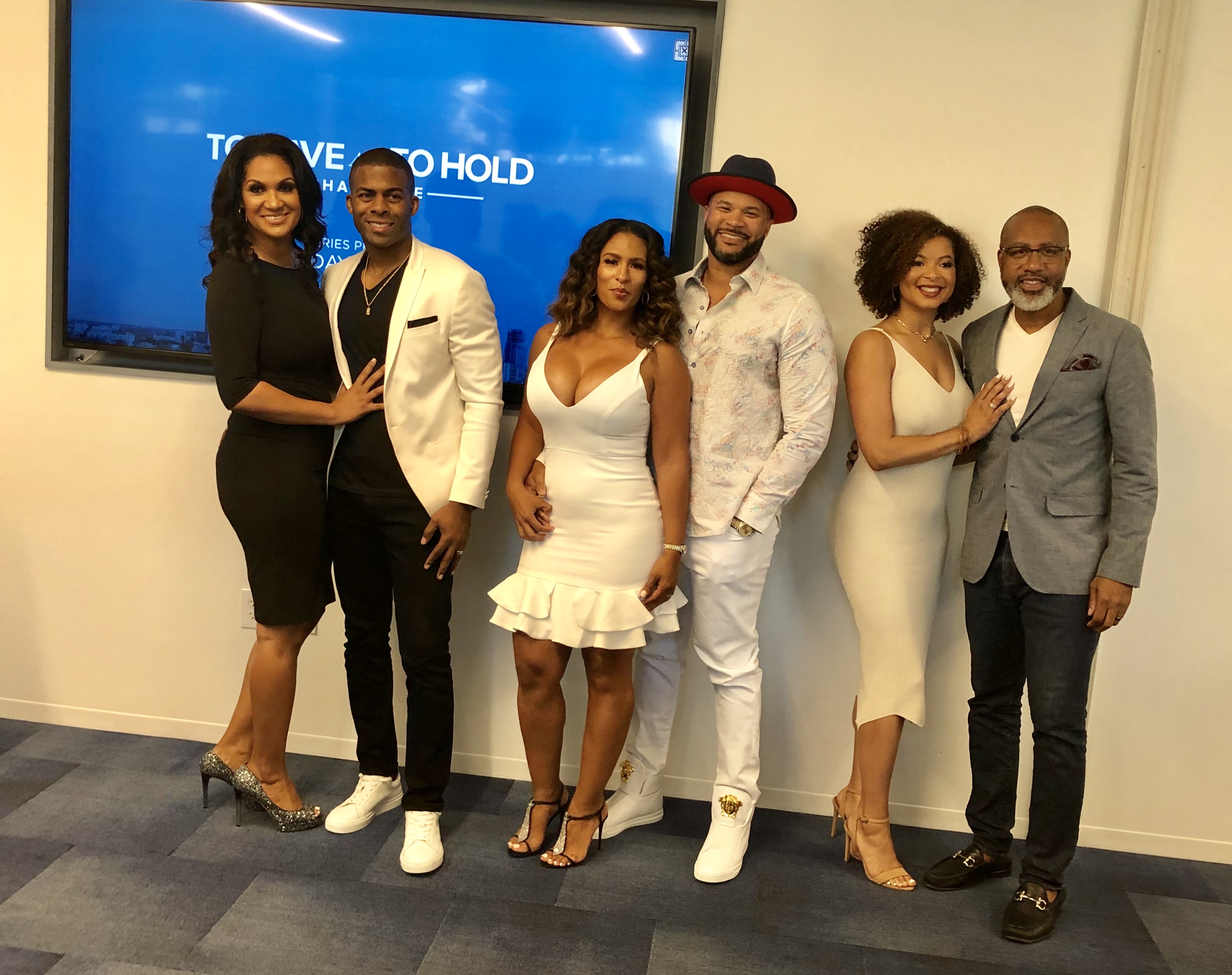 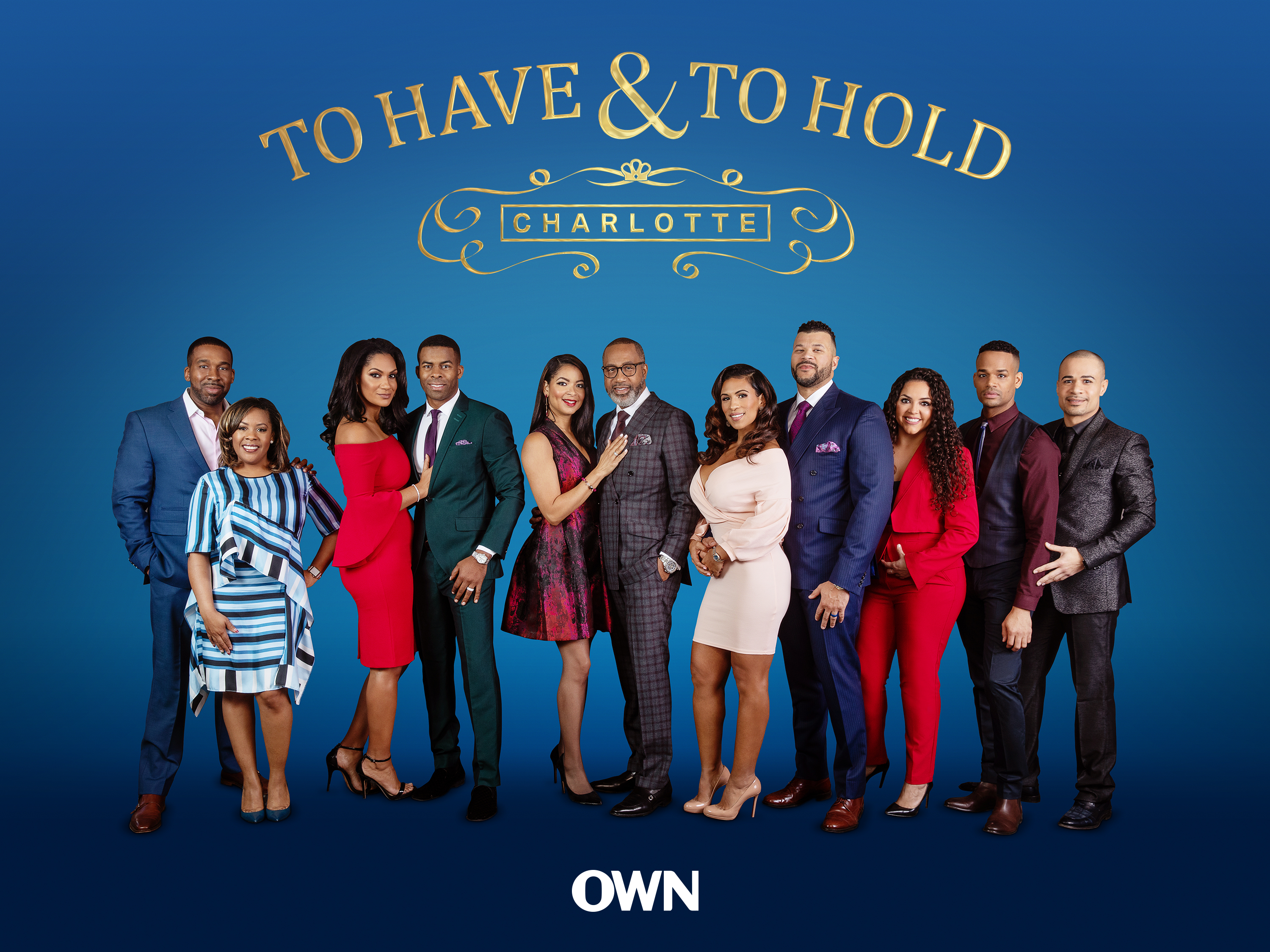 “To Have & To Hold: Charlotte” follows the real challenges couples face, from financial stress, to issues with intimacy, to the ups and downs of parenthood. The tight-knit couples like to let loose and have fun, and while these passionate and often opinionated friends may have their differences, they will ultimately do anything for each other. As marriages and friendships are put to the test, will they have the love and strength needed to thrive or will some of these relationships crack under the pressure?