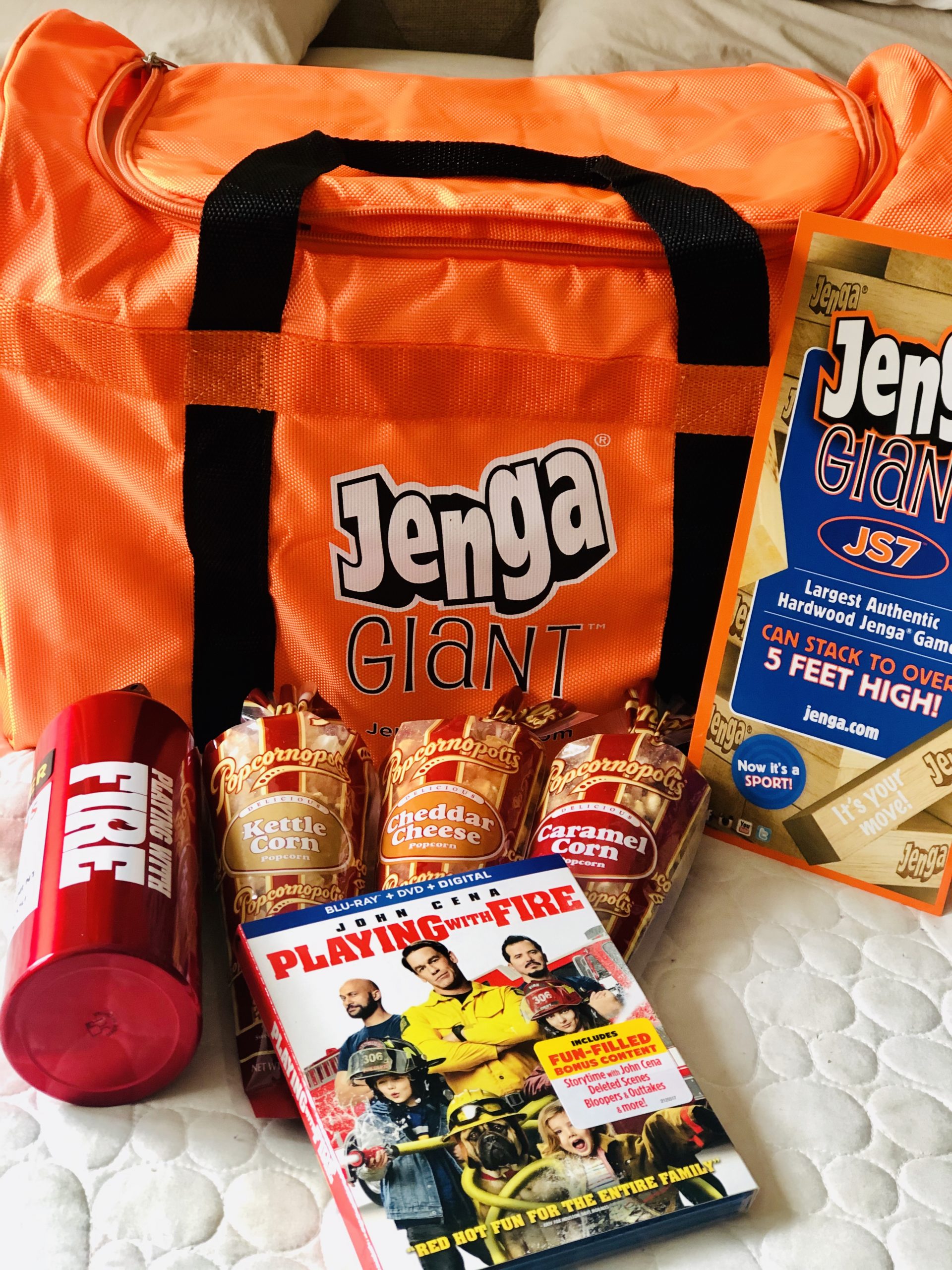 Hey guys, hope you’re doing well. To celebrate Playing With Fire being released on Digital January 21st and on Blu-ray February 4th, Paramount Pictures put together a Playing With Fire Family Fun Kit for the whole household to enjoy. The kit includes the Blu-ray Combo Pack, a Playing with Fire-branded giant tumbling timber game (similar to Jenga- it’s very large and a similar game is featured in the film), a water bottle shaped like a fire extinguisher and some popcorn goodies! I have more pictures inside and the trailer if you plan on checking out the movie! 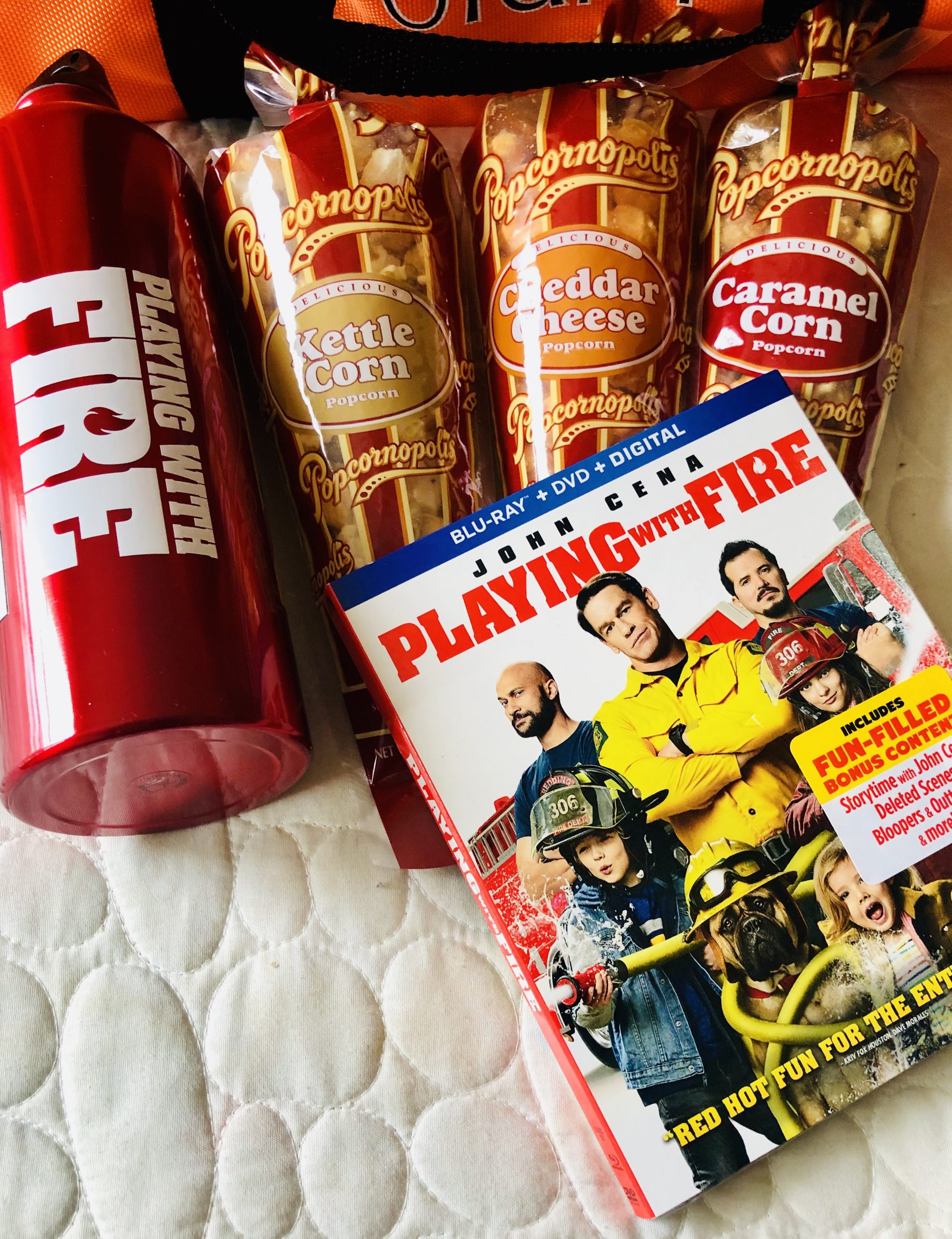 The Playing with Fire Family Fun Kit is super cool. My family will love watching the Blu-Ray movie and playing with the massive Jenga game! This will keep them entertained for HOURS lol! Plus enjoying all the snacks, yum!

Called “fun for the whole family” (Mark Pacis, Nerd Reactor) and “full of laughs” (Jamie Mariano, The Movie Elite), the hilarious family comedy PLAYING WITH FIRE debuts on Digital January 21, 2020 and on Blu-ray, DVD, and On Demand February 4 from Paramount Home Entertainment.

The Digital* and Blu-ray releases deliver even more laughs with wildly funny bonus content.  Sit down with Captain Jake (John Cena) as he reads a bedtime story with an amusing twist; see what you missed in theaters with deleted scenes and laugh-out-loud bloopers; plus, enjoy behind-the-scenes featurettes with the cast.

When firefighter Jake Carson (John Cena) and his team (Keegan-Michael Key & John Leguizamo) rescue three siblings in the path of a wildfire, they quickly realize that no amount of training could have prepared them for their most challenging job yet – babysitting. While trying to locate the children’s parents, the firefighters have their lives, jobs and even their fire station turned upside down and learn that kids – much like fires – are wild and full of surprises. 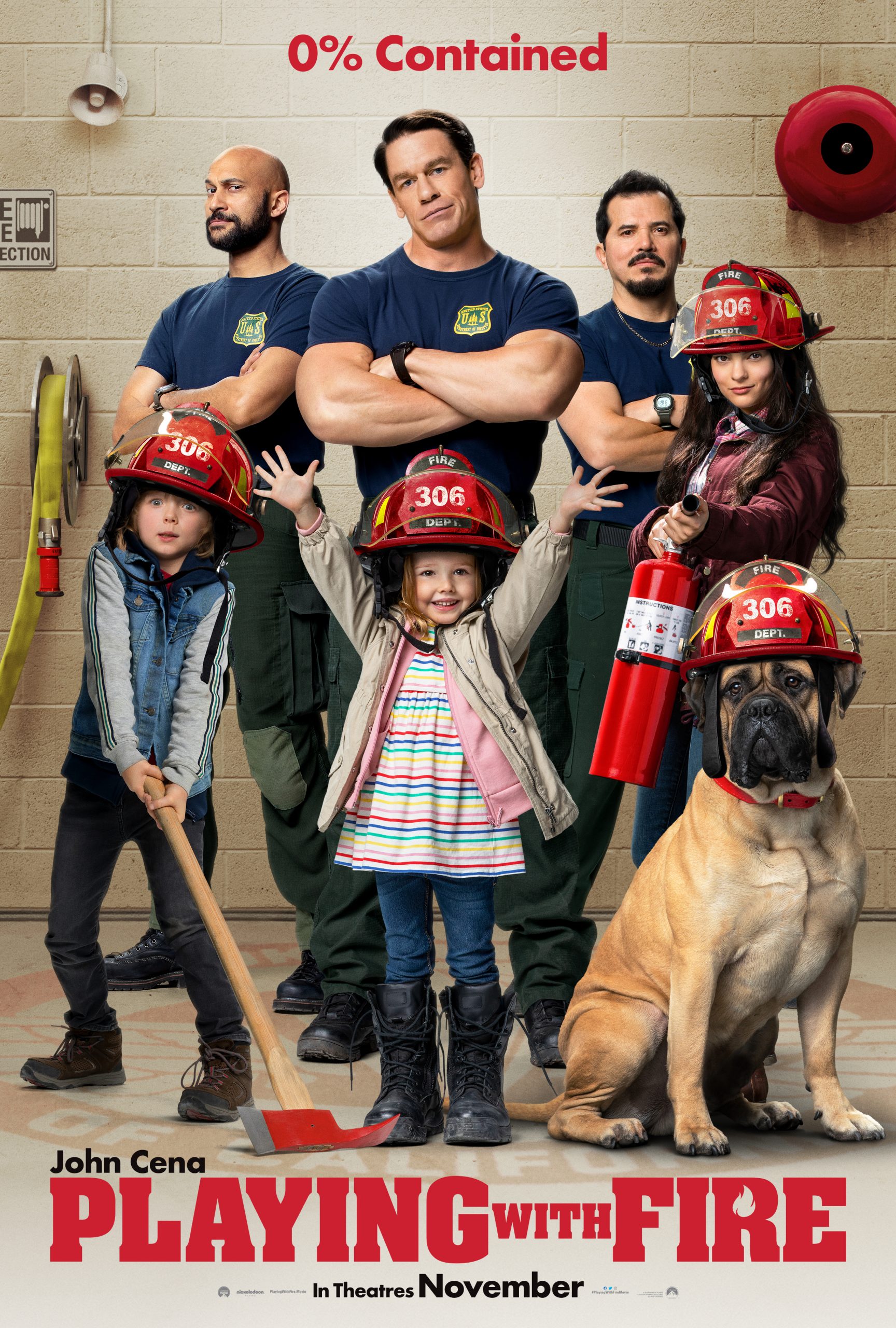 The PLAYING WITH FIRE DVD includes the feature film in standard definition.