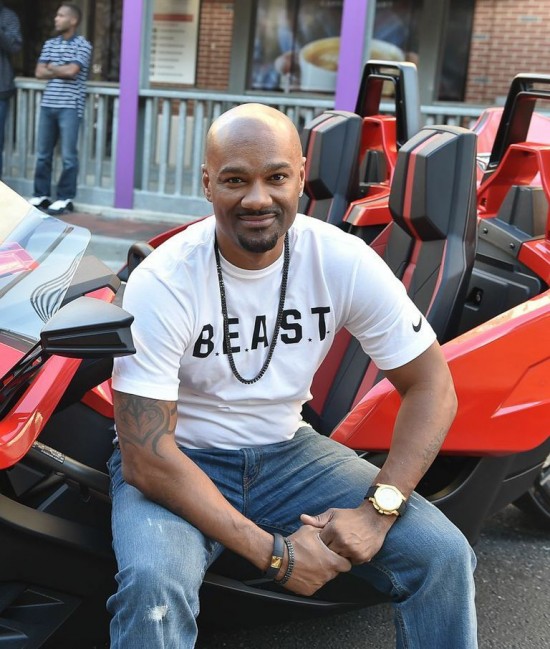 Love & Hip Hop Atlanta(my guilty pleasure) is coming back Monday, April 20th at 8pm ET/PT. Right after the show, Radio Personality and friend to the blog, Darian “Big Tigger” Morgan will be hosting a new show called, Love and Hip Hop Atlanta: The Afterparty LIVE! Big Tigger made the announcement on air today on V103 and I’m so happy for him. The show will air at 9pm and will highlight all the ratchet, OMG and blog-worthy moments from the reality show. Read more about it inside and also check out a new trailer that was just released from the new season of Love & Hip Hop Atlanta!

This season, after the credits roll, the real party begins! Social media engagement and interaction during previous seasons of “Love & Hip Hop: Atlanta” has been record setting, and often as entertaining as watching the show itself. “Love and Hip Hop Atlanta: The Afterparty LIVE!” is a 30-minute interactive after show that will give fans a chance to ask and get answers to all of the burning questions they have from that night’s episode LIVE! Hosted by Darian “Big Tigger” Morgan, fans engaged on social media will get to interact with cast members who are also watching the episode for the first time. The show will also highlight the funniest, most outrageous memes, Instagram posts, Tweets and Vines about the night’s episode as quickly as they appear online. Everyone’s invited to this party to get all of the “Love & Hip Hop” scoop you didn’t get to see! “Love and Hip Hop Atlanta: The Afterparty LIVE!” premieres Monday, April 20 at 9PM ET/PT on VH1.

Are you ready for the new season? Here’s what’s been going down:

After enduring a rocky year in her personal and professional life, Joseline Hernandez is making time for herself and focusing on self-reflection. However, the challenges are far from over as she is faced with having to support Stevie J while he works to rebuild his music career and leave life in the fast lane behind to avoid jail time.

After her tumultuous breakup with Nikko, Mimi Faust is ready to redeem her career and her personal life. Her company MF Management recently gained two new rap artists Jessica “Dimepiece” and Tiffany Foxx. As Mimi tries to represent both women, she will get caught in a fierce rivalry between these two tough and opinionated artists determined to stay at the top.

Since his separation with Mimi, Nikko has reunited with his secret wife Margeaux. However, she is struggling to forgive her estranged husband for his relationship with Mimi Faust. Nikko, on the other hand, is finding it hard to stay away from Mimi.

Karlie Redd is a triple threat- actress/ business woman/ and recording artist- and is feeling on top of the world right now. She is all about her business, proudly “married to her checks” and over her relationship with Yung Joc.

Rasheeda & Kirk Frost’s relationship seems to be back on the right track after an emotional year but when a sexy new female artist named Ashley Nicole comes on the scene, will Kirk resort to his old “I do me” ways?

Lil Scrappy is officially out of the dog house with his girlfriend Bambi and is focusing on proving himself as an artist. But the calm is short-lived as drama heats up between him and Erica Dixon as they battle over support for their daughter. Meanwhile, Momma Dee is wrapped up in her own love story as she reunites with her ex-husband Ernest, who has spent the last 7 years in prison.

A very pregnant Kalenna is ready to pop out her new album and her new baby in the next few months! However, she is plagued with anxiety as she and Tony struggle with their finances. When Tony decides to invest their savings into a night club, putting her music career on the backburner, will Kalenna be forced to choose between her marriage and her career?

Yung Joc is rebounding well after his break up with Karlie Redd. Now working on his music career, Joc has his hands full as he works to provide for his children and their mothers without losing his current girlfriend Khadiyah.