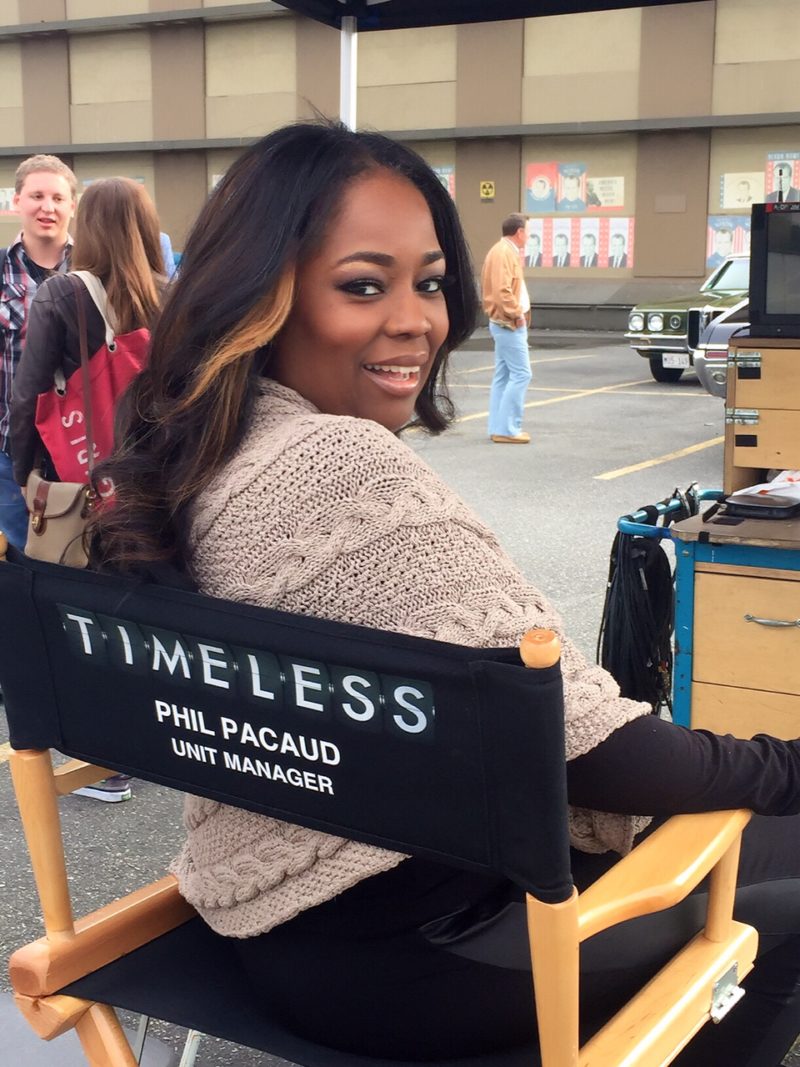 I have been to a numerous amounts of movie set visits, but none have quite compared to the recent one I did with NBC! It all went down in Vancouver, Canada for an upcoming tv series called, Timeless. It’s a pretty awesome drama about three different individuals, Lucy Preston(Abigail Spencer), Rufus Carlin(Malcolm Barrett) and Wyatt Logan(Matt Lanter) who all travel back in time during very critical events.

I won’t give away too much about the storyline but being on set was pretty amazing! I got to chat with lots of the actors about the film, their individual roles and so much more. During our set visit, it took place at a Super 8 ran down motel, that was actually getting reinvented. Most of the scenes took place outdoors, in a parking garage area. It was a lot of conversations going on, concerned facial expressions and pacing back and forth. It was pretty cool to watch all the actors do their scenes, each time very intense indeed! 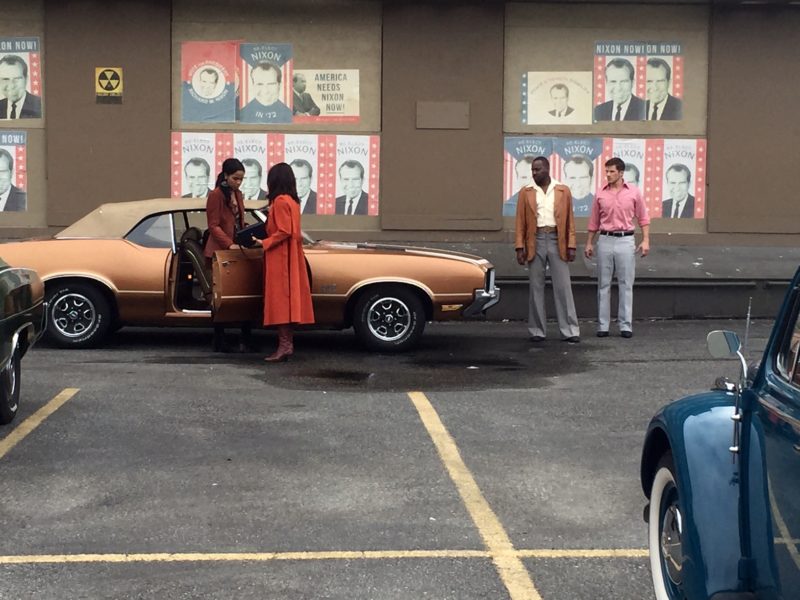 They were filming the 6th episode called, “The Watergate Tape”. The period took place on June 20th,1972 in Washington, D.C. They used a lot of different vehicles from this era, so muscle cars were everywhere, Nixon posters and I even saw fake Washington D.C. license plates lol. They really know how to make everything look so authentic for television. I looked closely at one of the license plates but it turned out to just be a photoshopped piece of board but it looked so real! 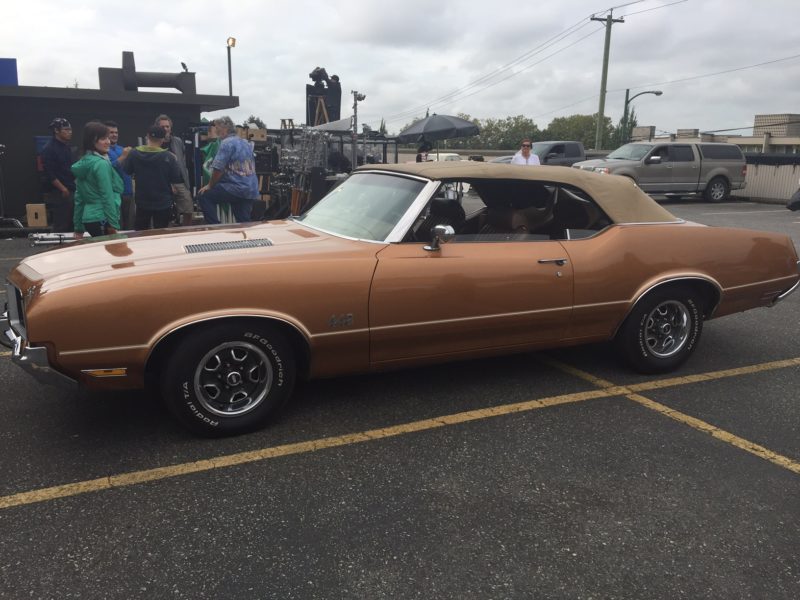 I LOVED all the vintage cars used for the 70’s scene! 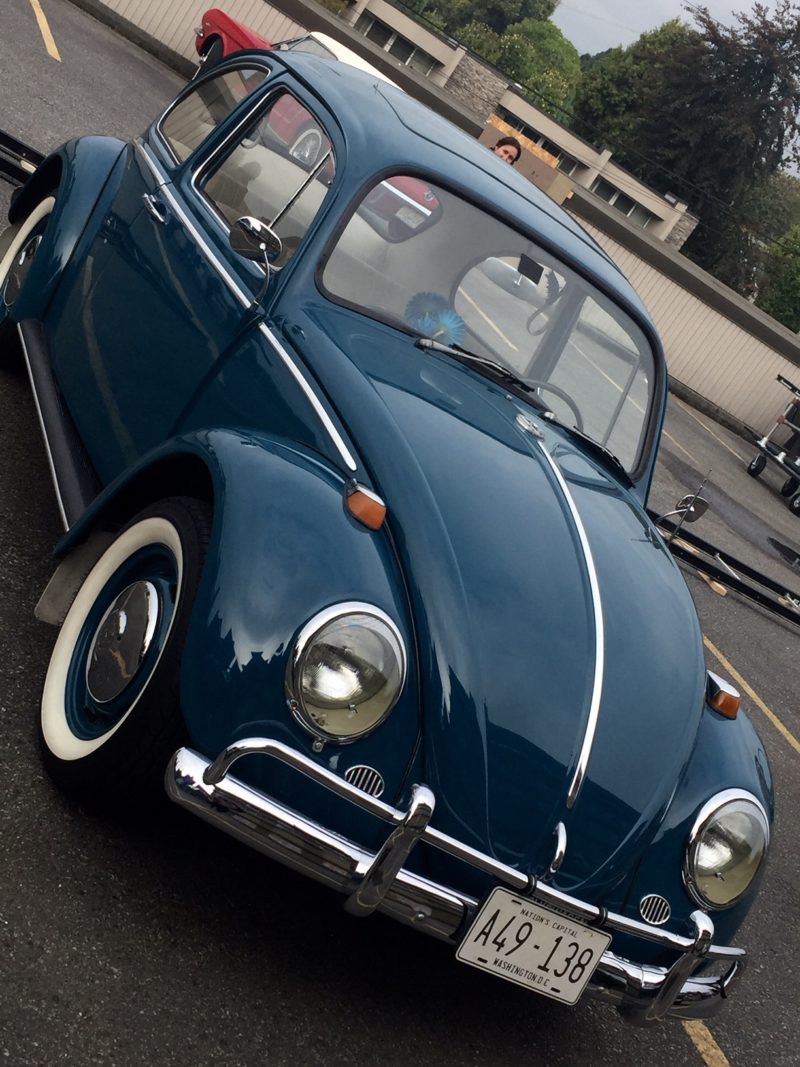 Volkswagons were the it car to have in the 1970’s! 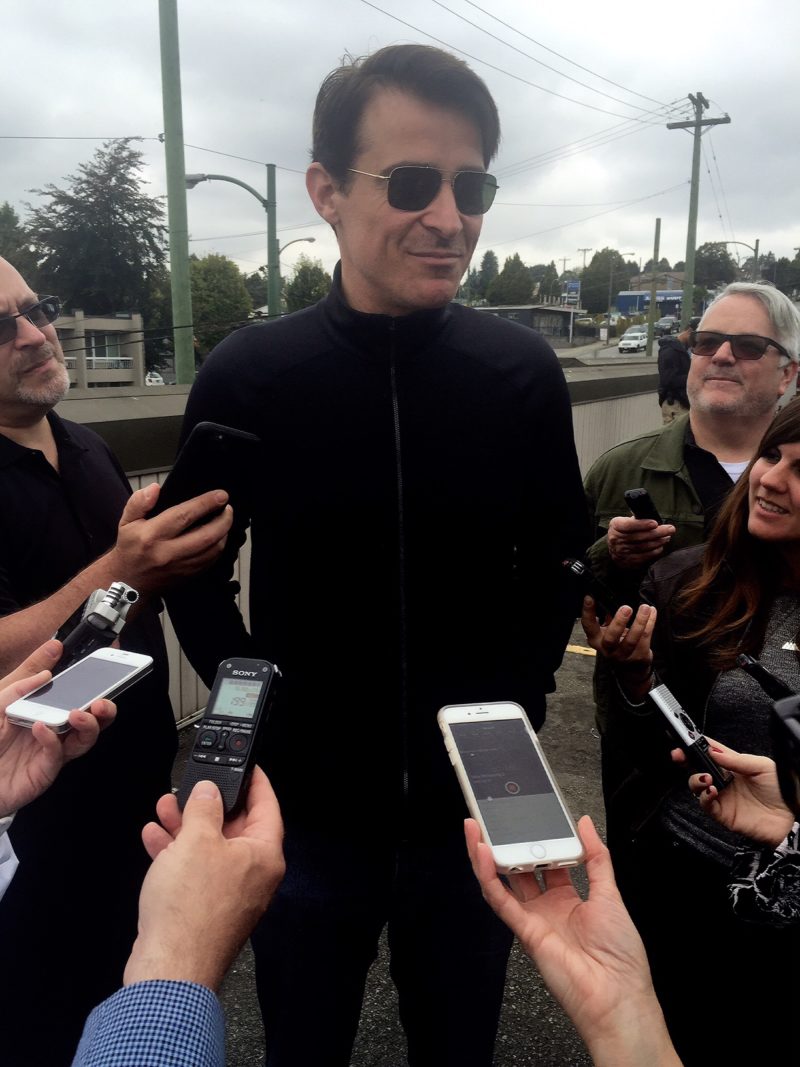 Actor Goran Visnjic (who plays a villain named Garcia Flynn). I asked Goran if he was able to go back in time would he change anything? He said he wouldn’t because “you just don’t mess with stuff like that.” 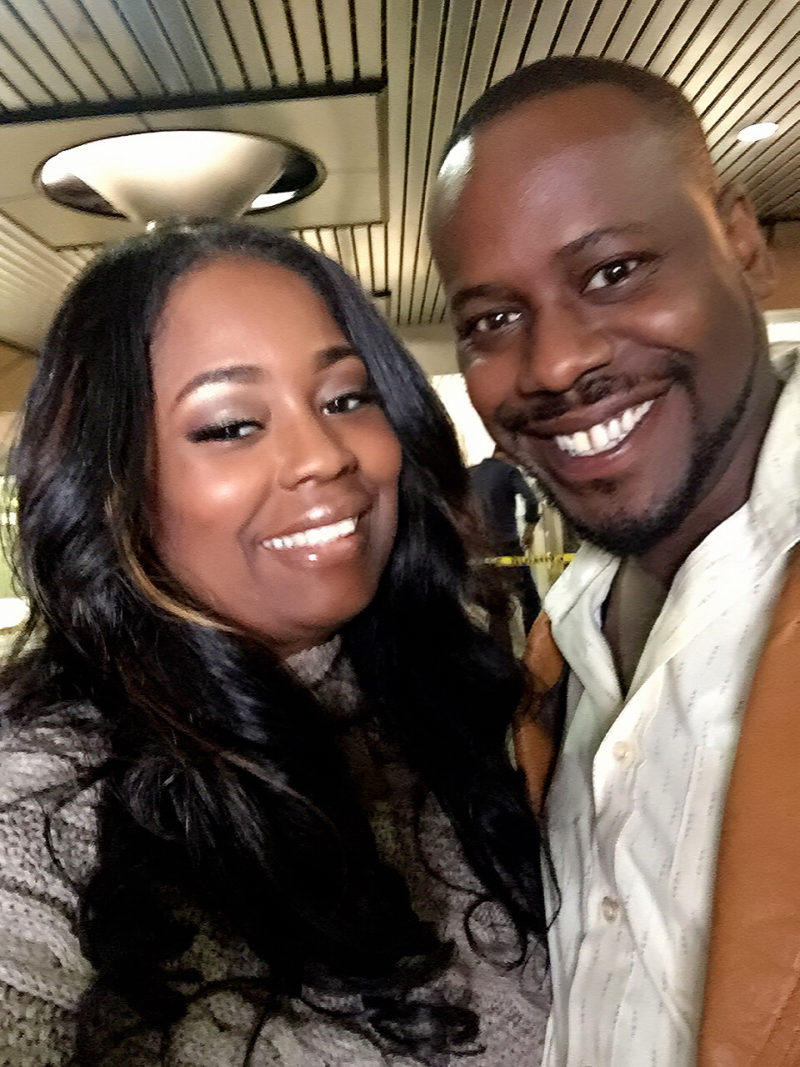 Malcolm Barrett was such a sweetie! We asked him if he could go back to any time, which would it be? Malcolm said he would love to relive a lot of the rock n roll historical parties. He would especially like to see a Jimi Hendrix concert and attend the after party! 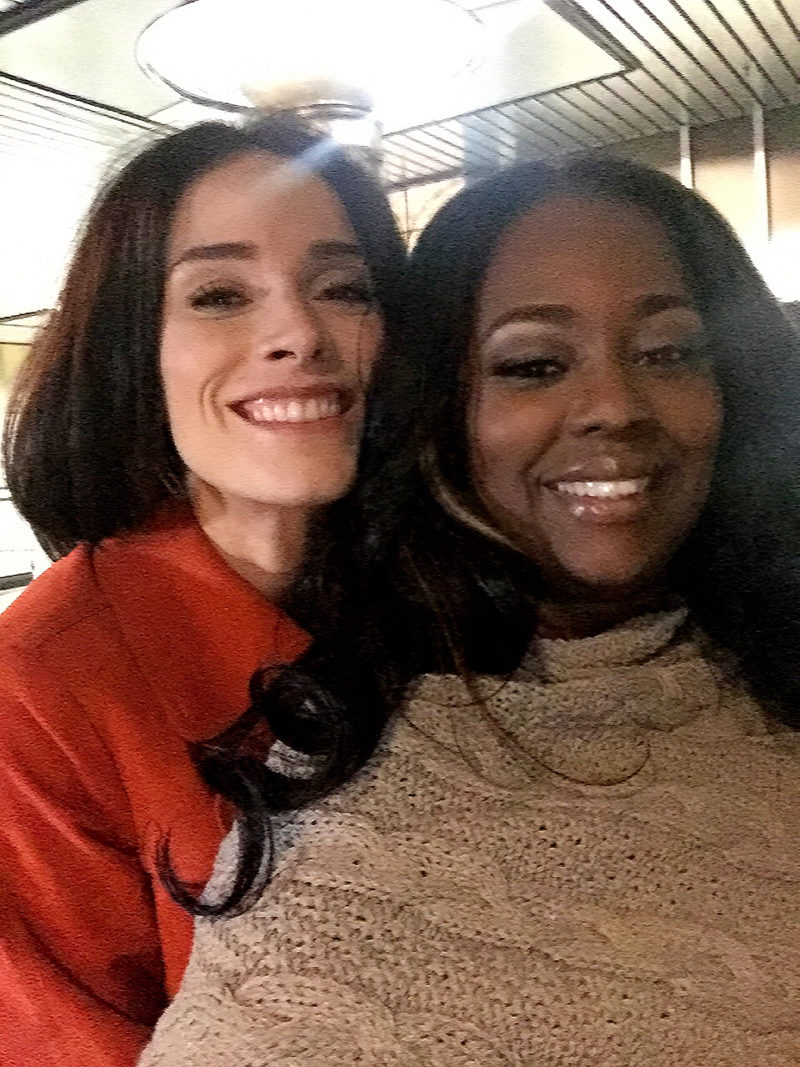 Actress Abigail Spencer was so much fun to chat with! She plays a very mysterious, powerful, kick-ass female. Great for young girls to watch to inspire them. 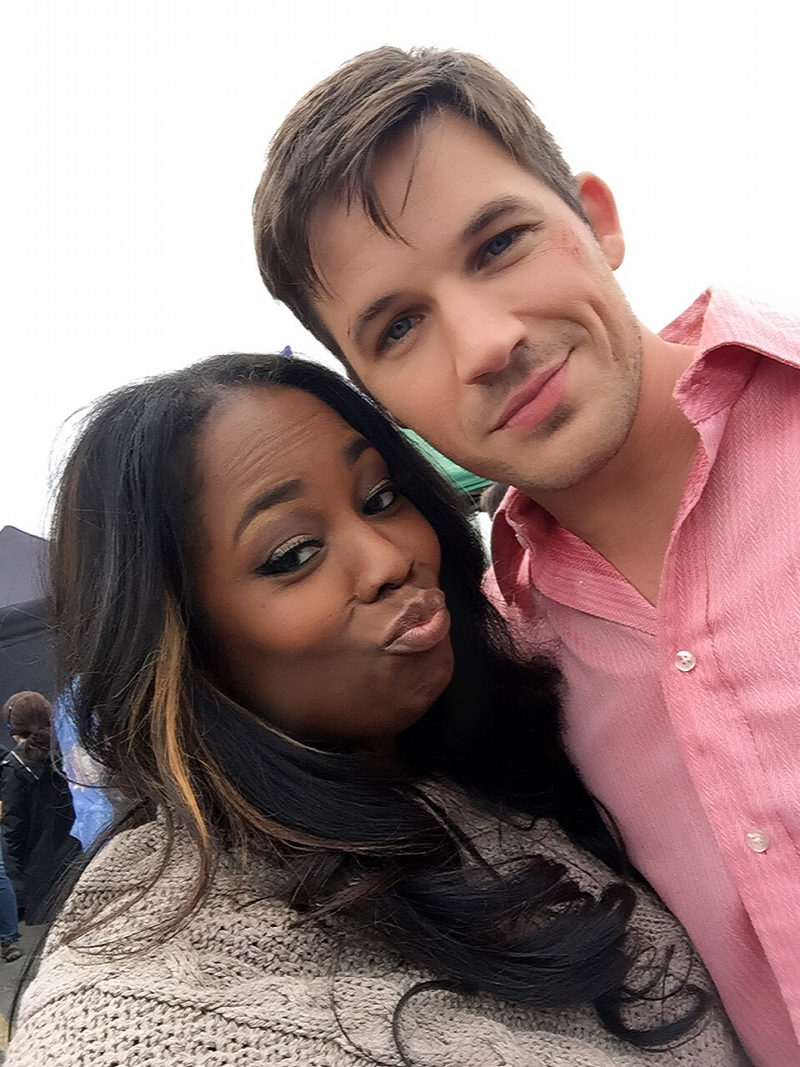 Actor Matt Lanter was a hoot and I found out that he grew up in Gwinnett(my area) and he graduated from Collins Hill High School. The same exact school my daughter Dootie graduated from last year. Such a small world! His wife Angela Stacy, is also a fashion, beauty and lifestyle blogger! 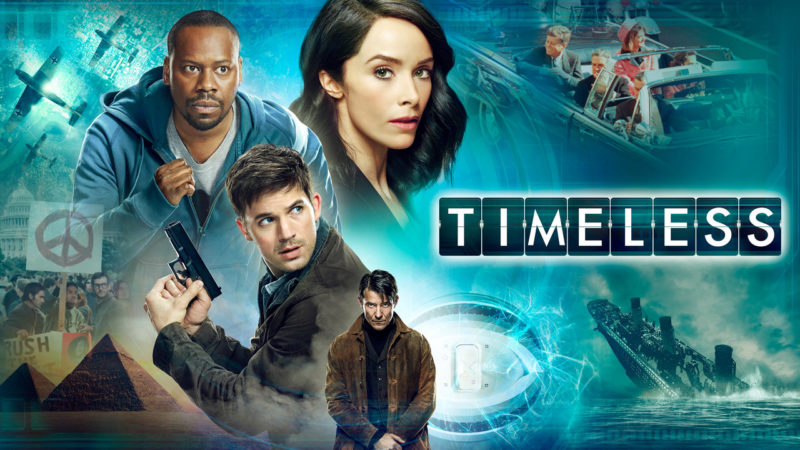