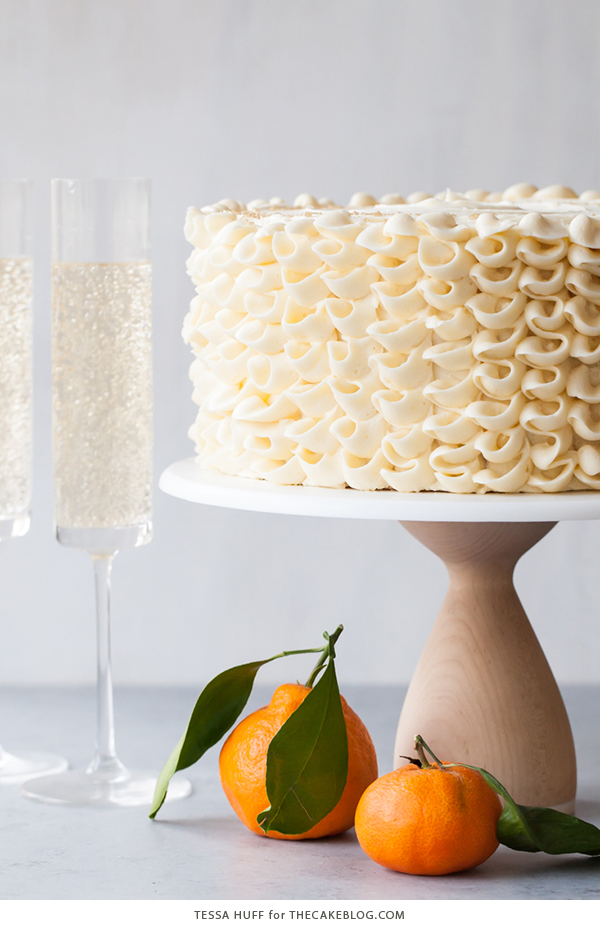 I have such a bad sweet tooth omg! I’ve been searching the internet for pretty cakes and other things that I can try! This Champagne Mimosa Cake looks just like something I would like to try if I was to have my girlfriends over to celebrate a birthday or something festive! It’s from The Cake Blog and I have the details on how to make it and more inside… 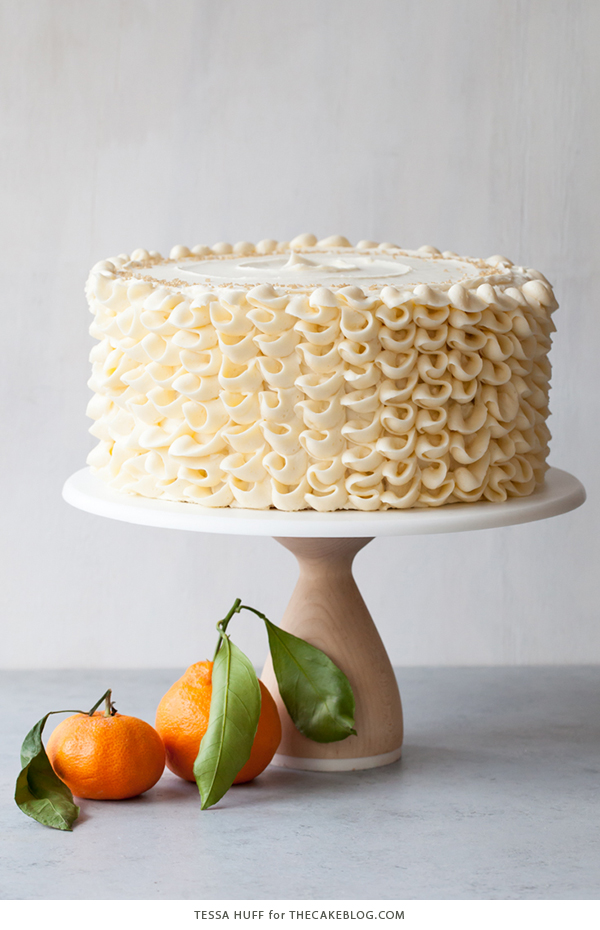 Pre-heat oven to 350 degrees. Grease and flour three 8-inch round cake pans and set aside.
Sift together the flour, baking powder, baking soda and salt. Set aside.
Using an electric mixer, beat the butter, sugar, and orange zest on medium speed until light and fluffy, 3 to 5 minutes.
Add in the vanilla and oil. Mix until combined.
With the mixer on medium-low, add in the eggs, one at a time. Stop the mixer and scrape down the bowl.
Add in half of the dry ingredients and mix until just combined. With the mixer on low, stream in the orange juice and milk. Add in the remaining dry ingredients and mix until smooth.
Evenly distribute the batter between the prepared pans. Bake for 22 to 26 minutes, or until a toothpick inserted into the center comes out clean. Cool on a wire rack for 20 minutes then remove the cakes from their pans.
For the Champagne Buttercream:
6 large egg whites
2 cups granulated sugar
3 cups unsalted butter, cubed, softened
2 teaspoons vanilla extract
½ cup champagne or sparkling wine

Place the egg whites and sugar in the bowl of an electric mixer. Gently whisk until combined.
Place mixing bowl over a pan of simmering water to create a double-boiler. Whisking constantly, heat the egg mixture until it registers 160 degrees on a candy thermometer. Carefully transfer the bowl back to the stand mixer.
Using the whisk attachment, whip the egg mixture on high for 8 to 10 minutes until stiff, glossy peaks and the outside of the mixing bowl returns to room temperature.
Switch to the paddle attachment. With the mixer on low, slowly add cubed butter and mix until incorporated.
Add vanilla extract. Whip on medium until silky smooth, about 3 to 5 minutes. The buttercream may look curdled or soupy. Keep mixing until it is completely smooth.
With the mixer on low, slowly stream in the champagne until fully incorporated. Turn up the mixer to medium-high and mix for one minute or until silky smooth.

For the Assembly:
Gold Sprinkles, optional

For the ruffle design, frost the top of the cake as normal. Using a pastry bag fitted with a petal piping tip, pipe spiral ruffles in vertical rows around the cake. Start at the bottom of the cake and work up the sides, similar to this tutorial. Hold the piping bag vertically with the narrow end of the piping tip facing out. Finish with gold sprinkles, if desired.

Images via The Cake Blog