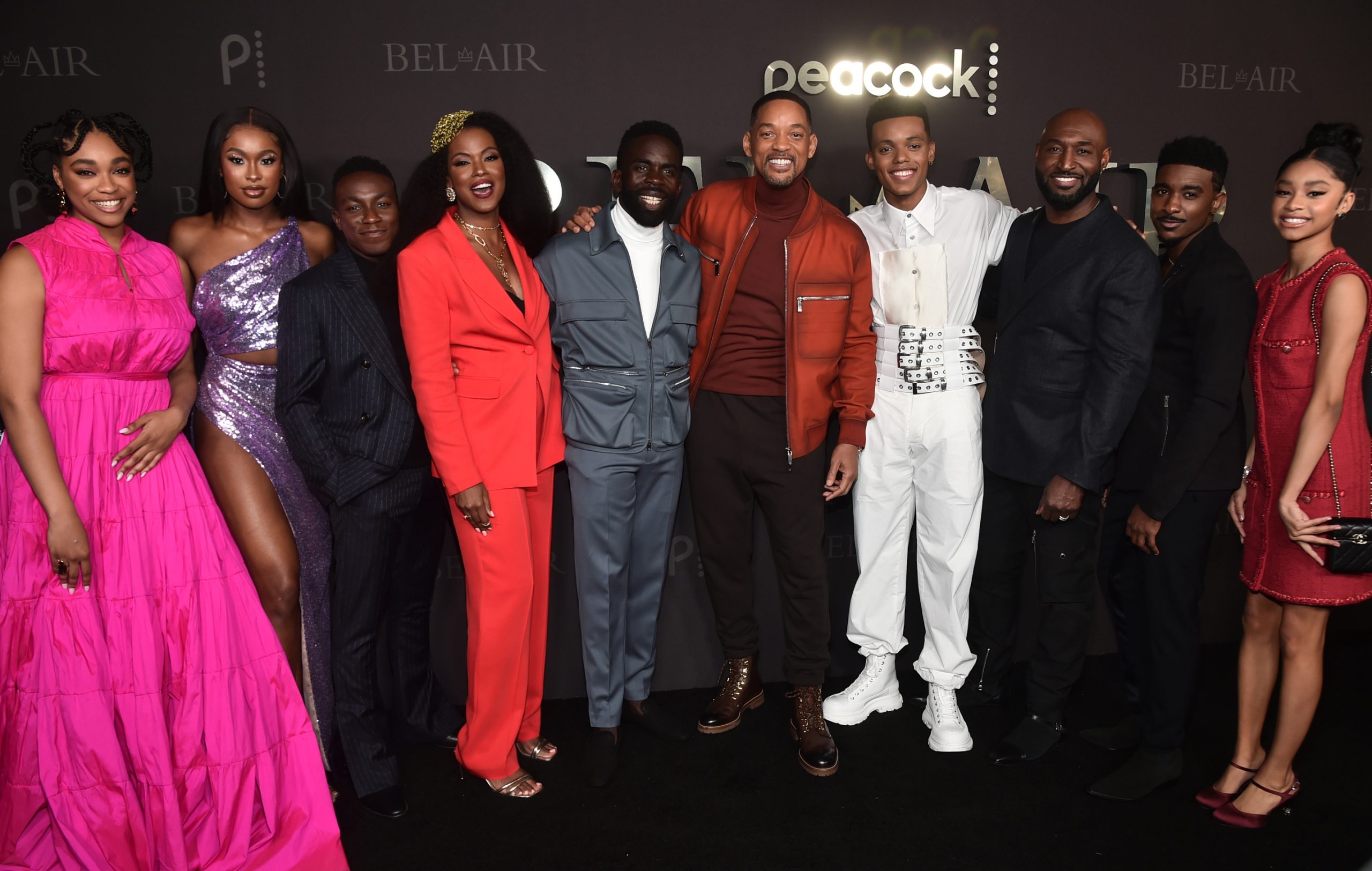 Last night, Wednesday, February 9th, Peacock, Executive Producer Will Smith, Westbrook Studios, and Universal Television hosted a star-studded drive-into experience and premiere pull-up screening for the highly-anticipated series premiere of Bel-Air at The Barker Hangar in Santa Monica, California. The premiere of the streamer’s new drama series, inspired by Morgan Cooper’s viral trailer that reimagined the iconic, culture-defining ‘90s sitcom, was kicked off in style with a star-studded event with many surprises along the way. The much-anticipated drama series drops on Super Bowl Sunday, February 13, only on Peacock. 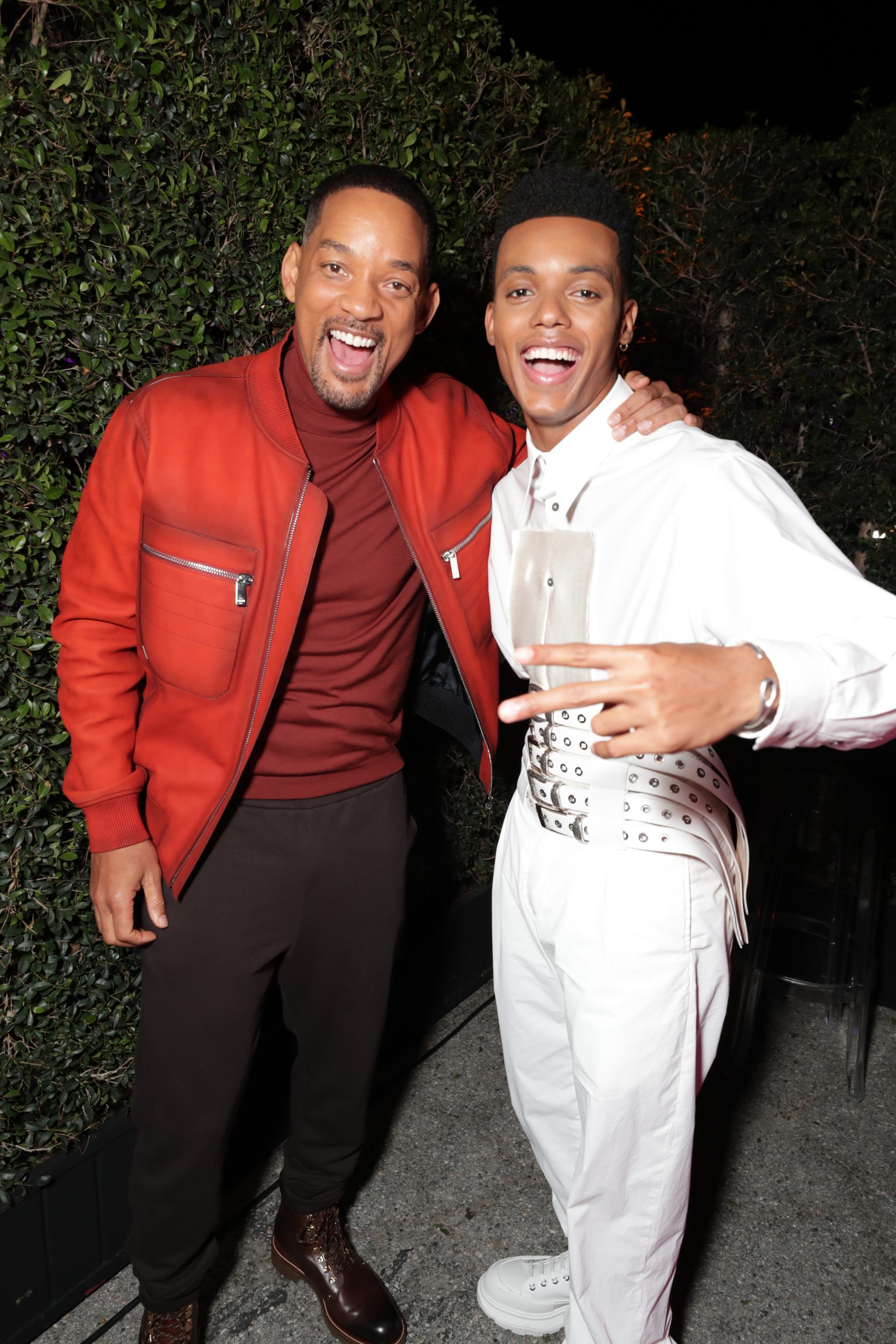 From the moment guests arrived they found themselves completely immersed in the character of Will, taking guests from the basketball courts of West Philadelphia to the moment Will’s life got “flipped-turned upside down” and everything in between.

Prior to the exclusive screening, guests were treated to real-world Philly experience with authentic Philly cheesesteaks from Big Daves, local Philly-favorite “Happy Ice,” quarter waters, a corner store filled with snacks, a BMX bike show from philly-native Chino Braxton, double dutch performances and a chance to “sit on the throne” as seen in the opening of the pilot episode. Before the screening began, guests were treated to a surprise DJ-set by DJ Jazzy Jeff and then greeted by Will Smith who took to the stage to rap alongside DJ Jazzy Jeff to welcome guests. 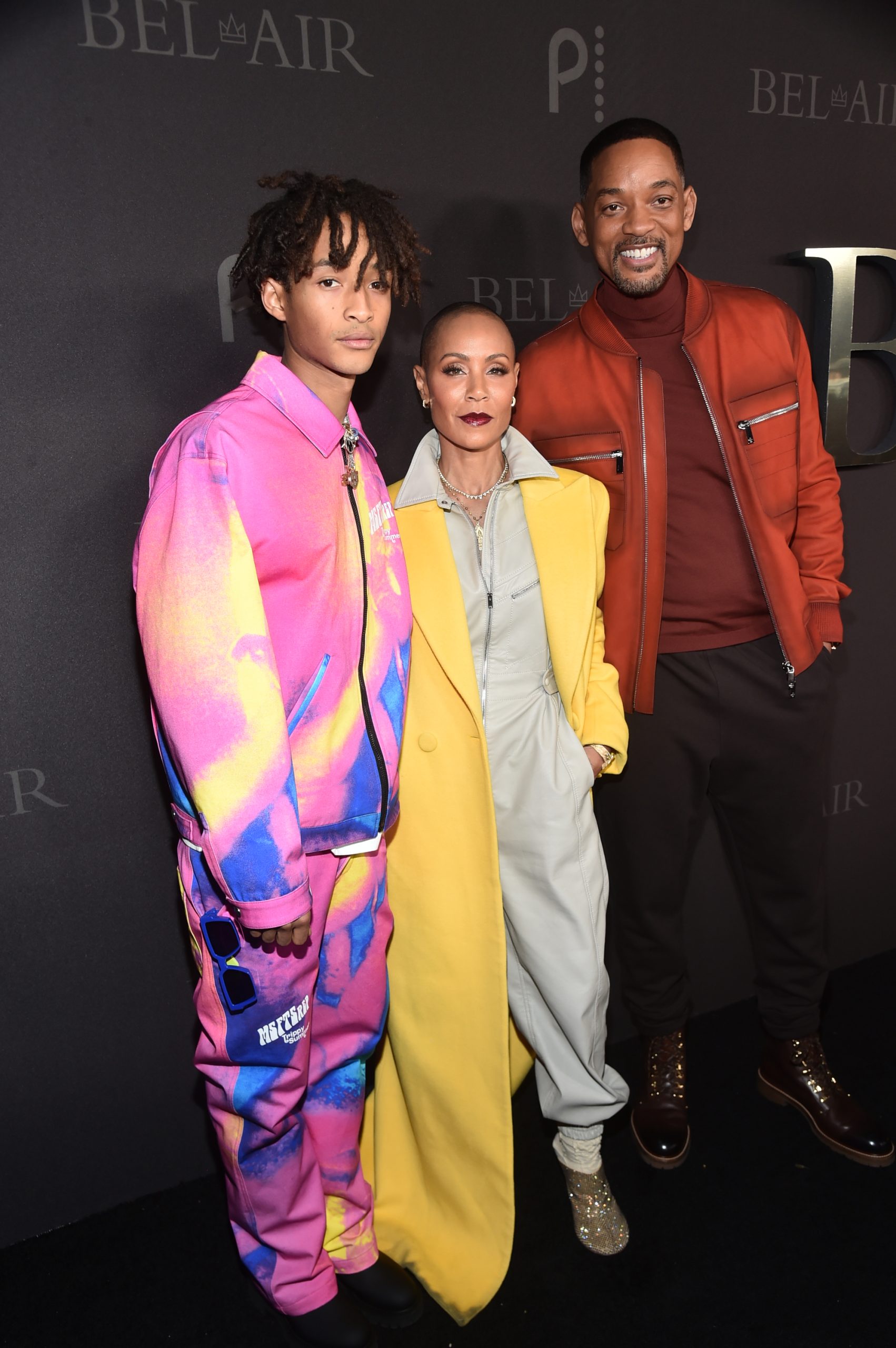 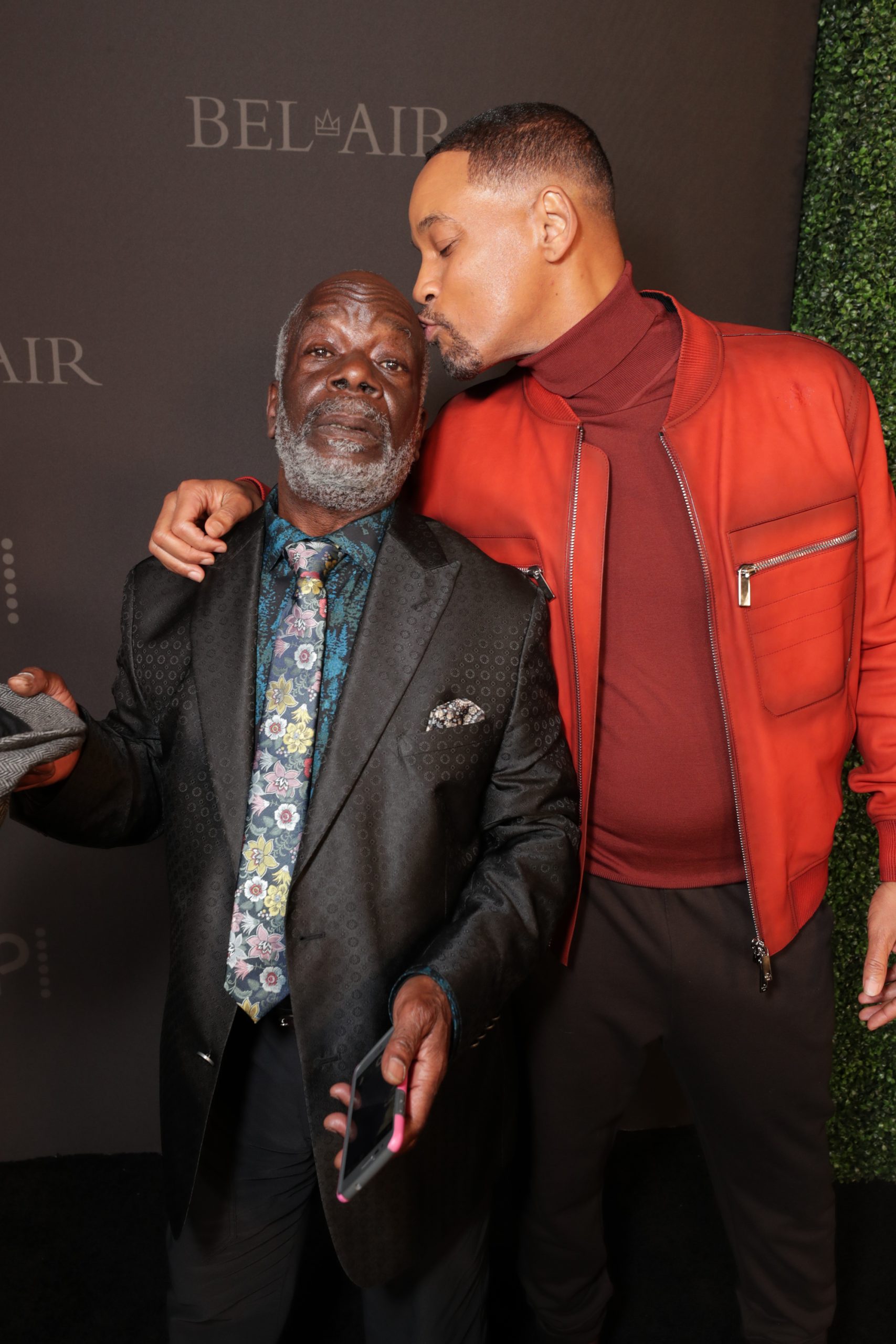 Joseph Marcell and Will 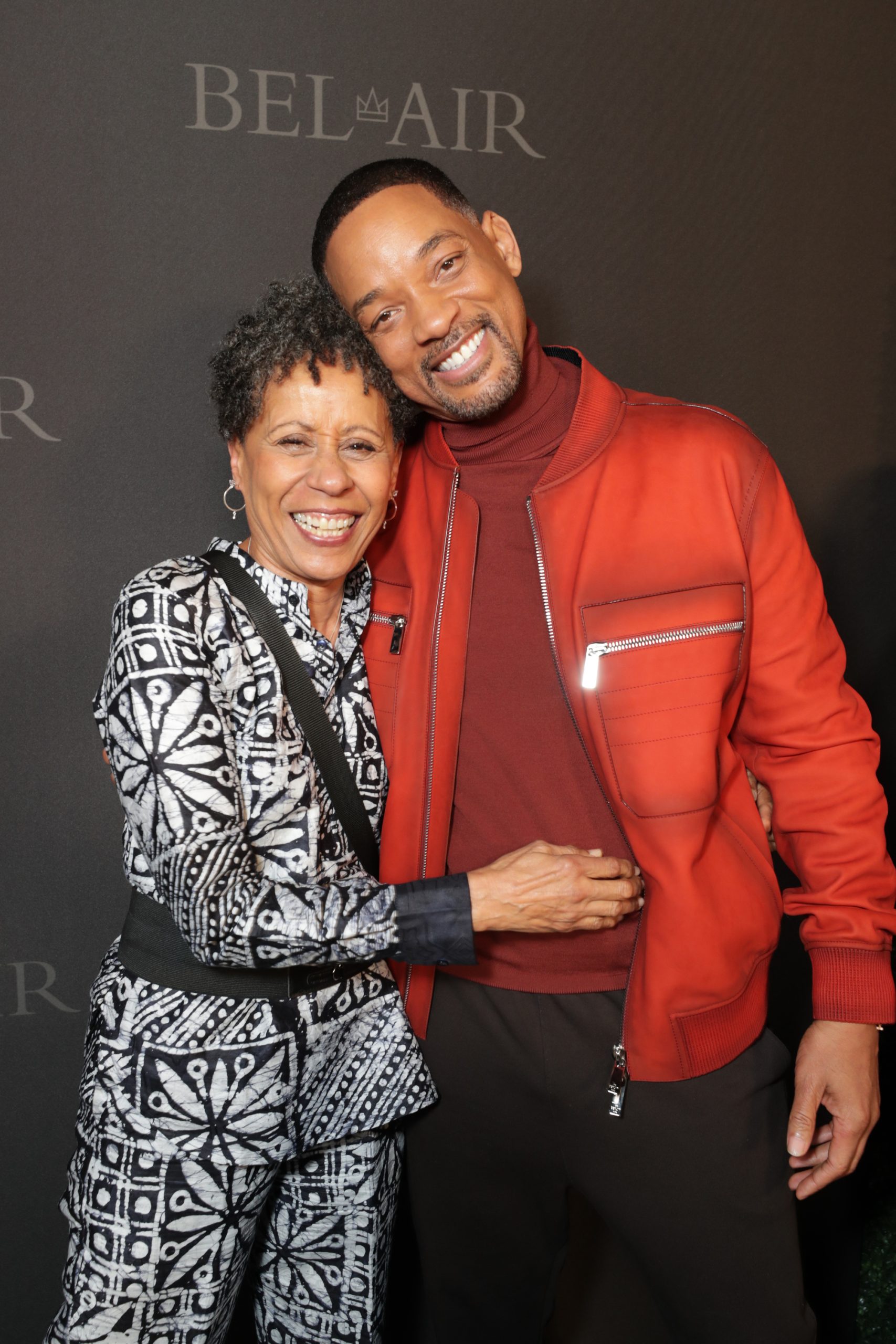 Vernee Watson and Will 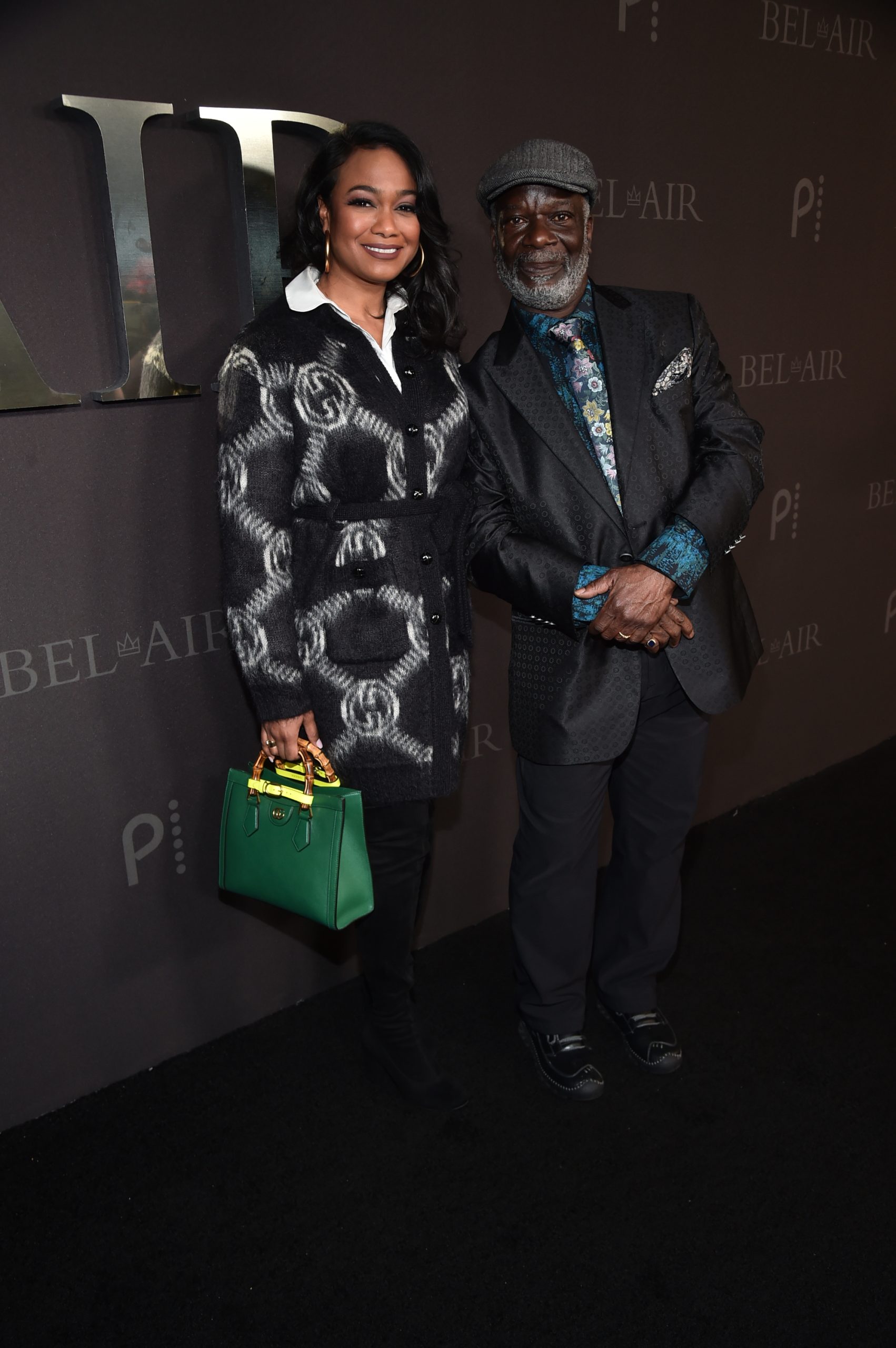 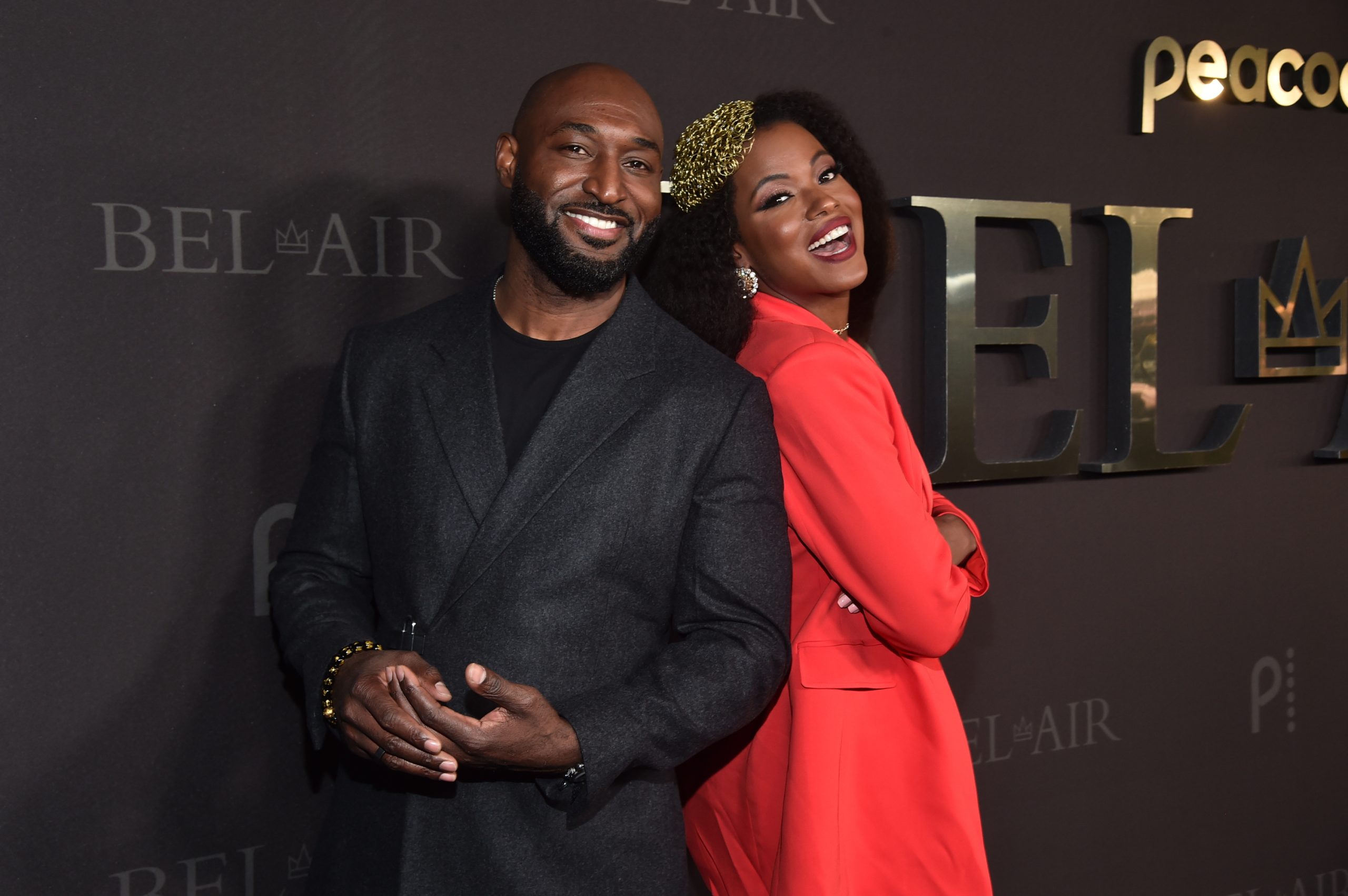 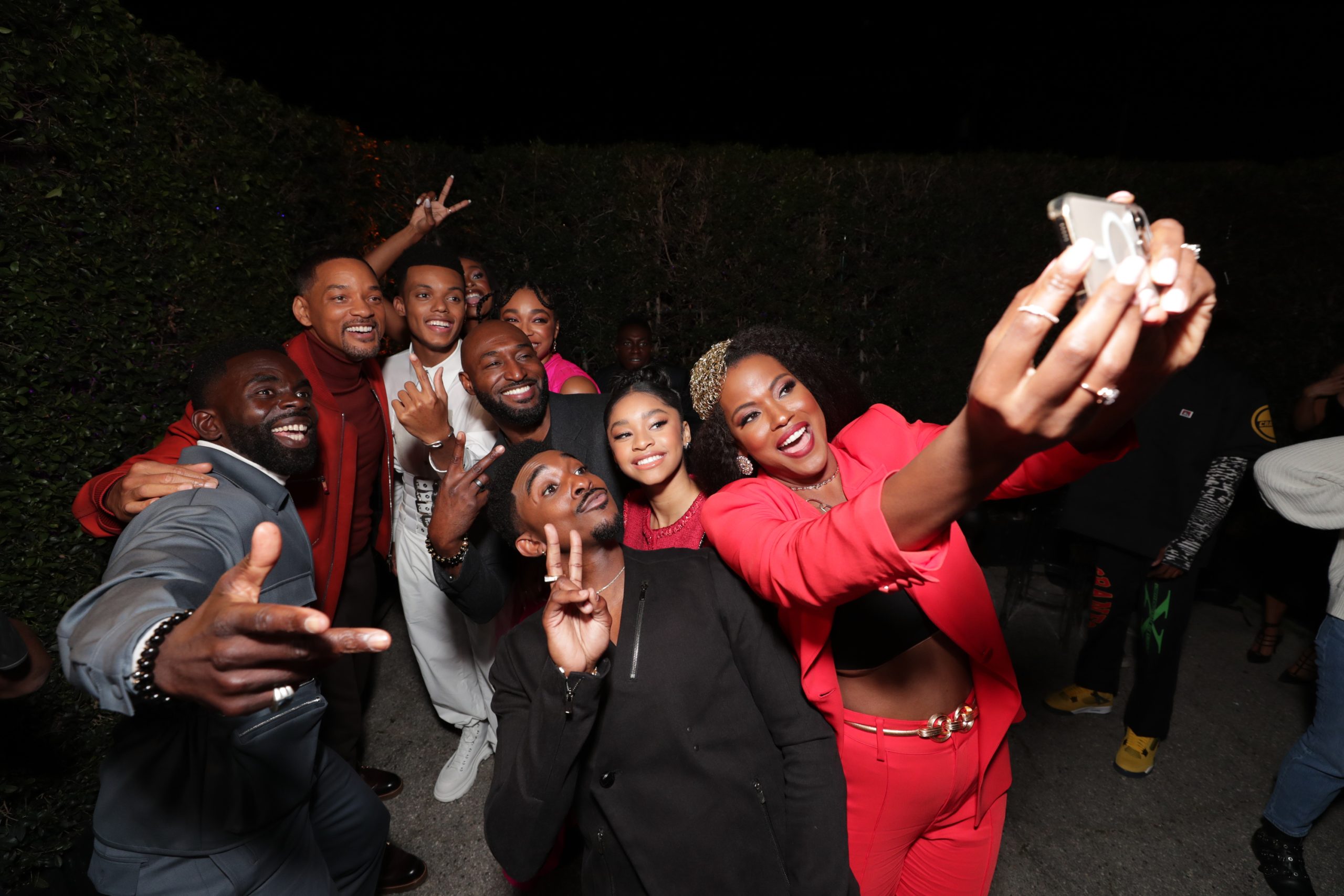 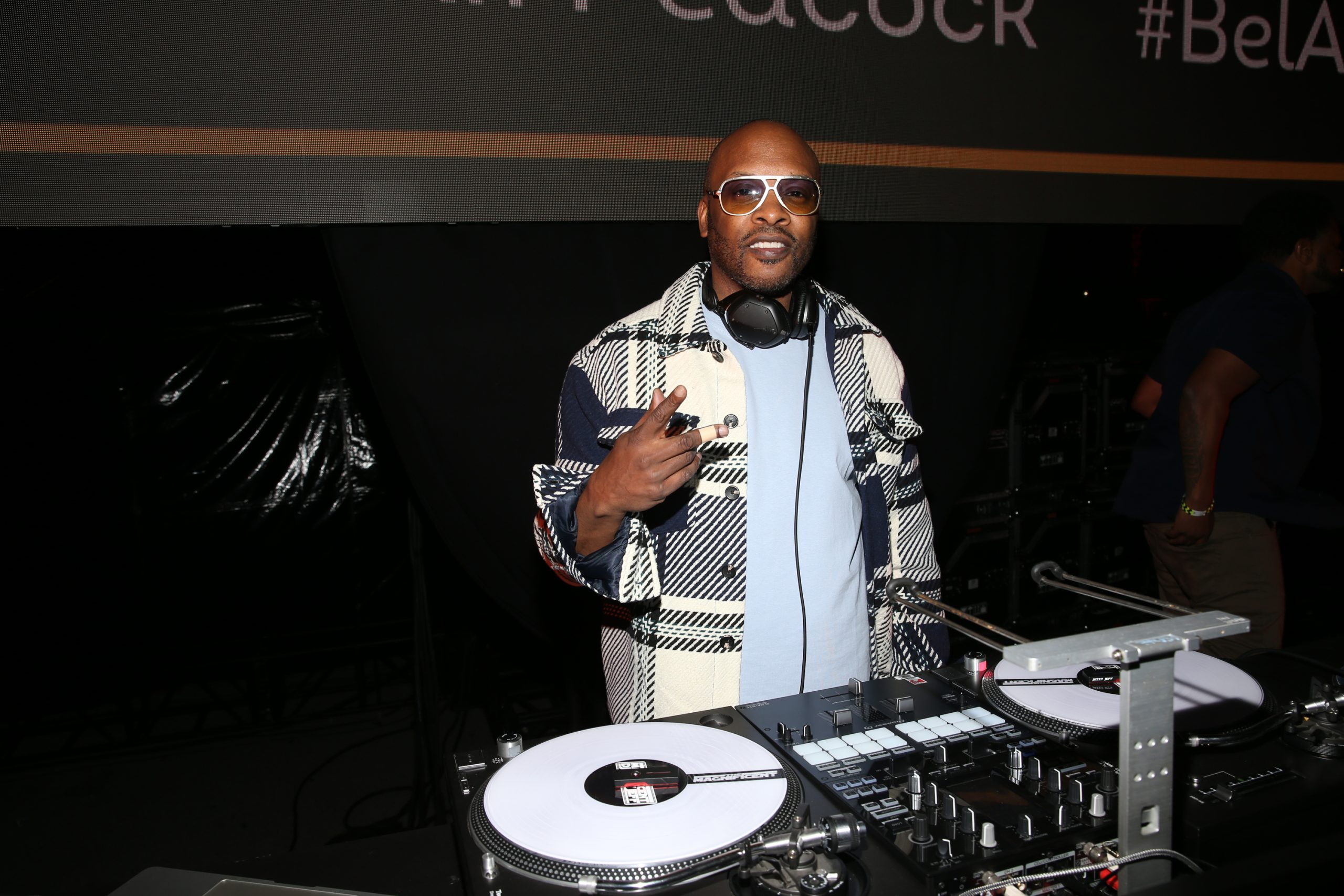 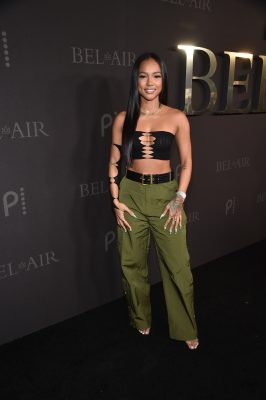 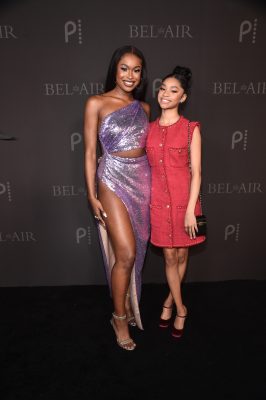 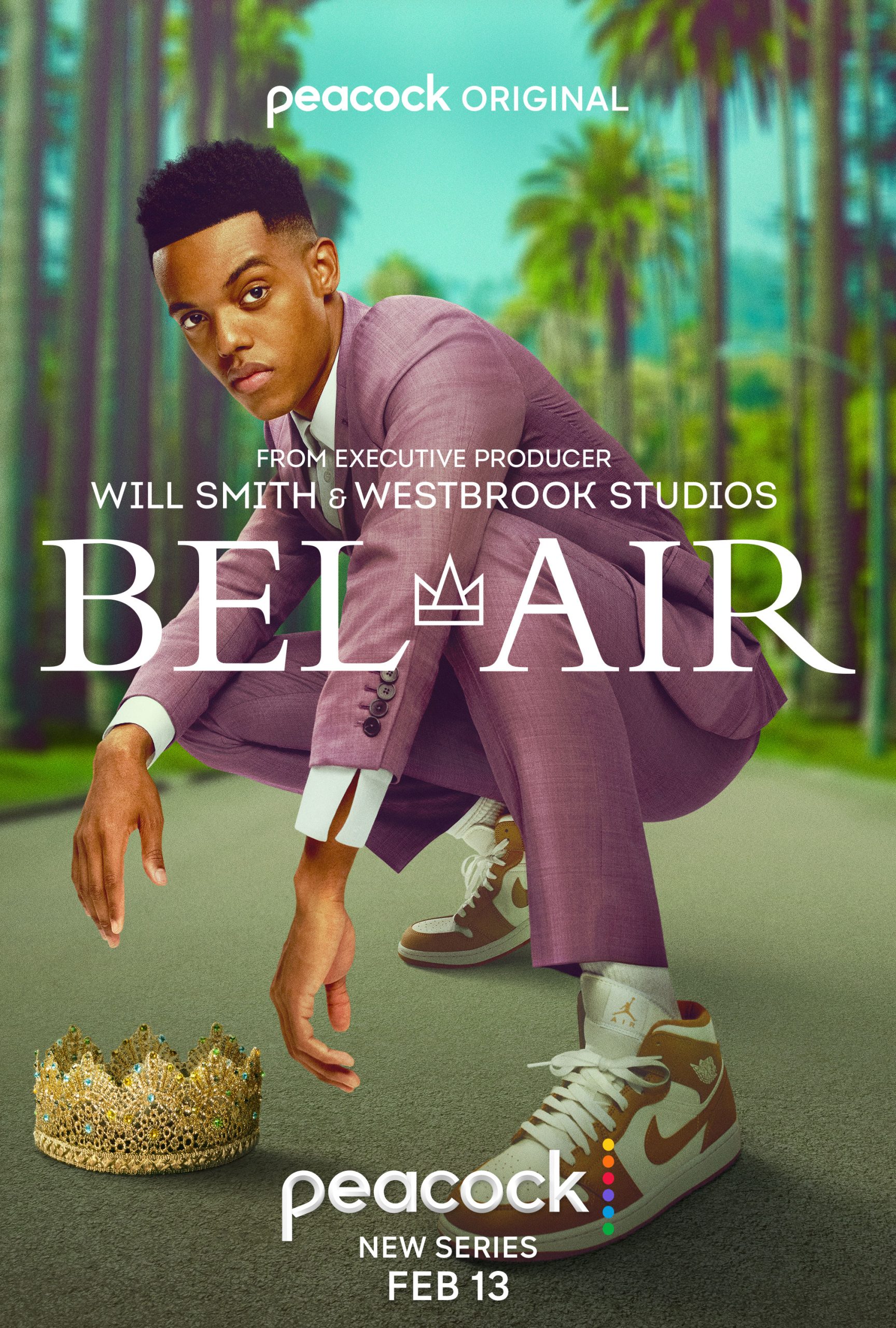 Set in modern-day America, Peacock’s new one-hour drama series Bel-Air imagines the beloved sitcom The Fresh Prince of Bel-Air through a new, dramatic take on Will’s complicated journey from the streets of West Philadelphia to the gated mansions of Bel-Air. As these two worlds collide, Will reckons with the power of second chances while navigating the conflicts, emotions, and biases of a world far different from the only one he’s ever known.

Executive produced by Will Smith, and inspired by Morgan Cooper’s viral trailer that reimagined the iconic, culture-defining ‘90s sitcom, Bel-Air takes a fresh and raw approach to this world of swagger, style, and aspiration, while exploring Will’s complex journey through a current lens. The new series features an ensemble cast that introduces Jabari Banks as Will and a creative team that includes Cooper, who serves as director, co-writer, and executive producer, and co-showrunners and executive producers T.J. Brady and Rasheed Newson.